Donna Case and Phyllis Hoffman retired this month after nearly eight decades of service between them.

It would be impossible to count the young lives they touched over the years, but between them, two neonatal intensive care nurses had 79 years of service to the sickest babies at Riley Hospital for Children.

Donna Case and Phyllis Hoffman said goodbye to the babies and to colleagues from years gone by during a reception held in their honor last week.

It was a bittersweet day for both, but there were more laughs than tears on this day when a steady stream of current and former co-workers came to wish them well. 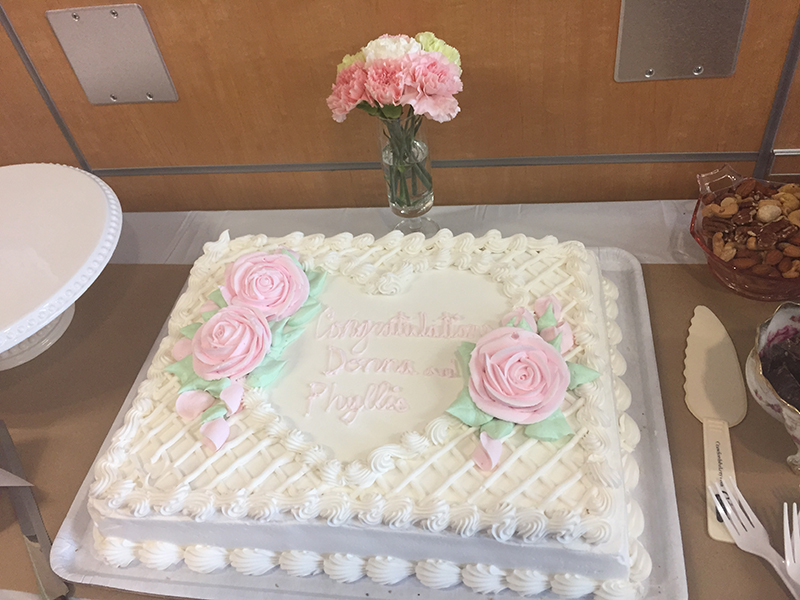 People like longtime neonatologist and former chair of pediatrics Dr. Richard Schreiner, a legend at the hospital for more than 45 years.

“I had to come,” Dr. Schreiner said as he was immediately surrounded by past and present team members and began regaling them with stories as only he can tell.

Donna Case actually retired a couple of weeks earlier, but she came back for this party with her husband, Greg, by her side. After 42 years in the NICU, she said she’ll miss the babies and the families, but she’s ready for new adventures.

Phyllis Hoffman said 37 years as a NICU nurse is plenty and she’ll leave with no regrets.

“No crying for me, I’m very happy. I’ll be sad to leave the people, but I’m happy to be retiring.”

What did she love most about her job? “The people, the babies, the camaraderie, good friends.” 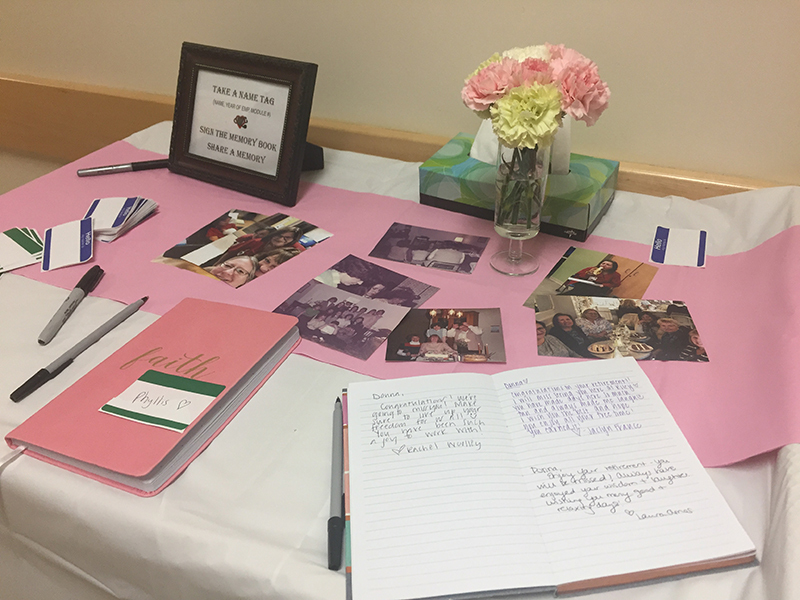 On her last day on the job, she said she was looking forward to sleeping in every day, spending more time with her grandchildren, then traveling with her husband, Steve. Their first stop:  Alaska.

Fellow nurse Deb Hutchison, who helped plan last week’s party, said her retiring colleagues “are like part of my heart.”

“You will not find a better unit of people who love each other,” she said.

After 42 years herself in the unit, she knows how she and her co-workers count on each other.

It’s been a good place to work, Case agrees.

“Obviously I stayed so long for a reason.”