NICU Nurse Was Already At Riley…32 Years Ago

Ashley Bowling’s heart holds a special place for the micro preemies, those little babies born so early, so tiny that they fit in the palm of her hand.

All the babies were lined up in the nursery back in 1984, one of those hospital nurseries where people stood and looked through a big window.

And as Ashley Bowling’s mom stood there staring through the window at her baby girl, she heard a little boy say something startling to his own mother: “Mommy, that baby looks like she’s going to die.”

That baby was Ashley Bowling. 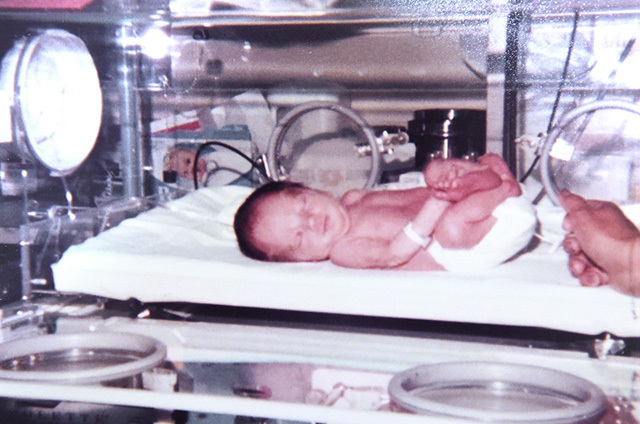 “My mom was standing there and heard that and just lost it,” Bowling said.

Within hours, Bowling -- who had been born two months prematurely -- was picked up from that nursery by Riley Hospital for Children doctors and whisked away to Indianapolis.

And then? Well, then, 32 years passed. And inside that exact same NICU at Riley stands Bowling, in a red uniform.

She is a Riley NICU nurse helping the sickest of babies become healthy – just like those nurses did for her more than three decades ago.

As a little girl, it wasn’t Bowling’s dream to become a NICU nurse. Her first dream was to be a Keebler elf and bake cookies in the big tree -- like they did on the TV commercials.

Her parents eventually filled her in on the bad news -- there was no real Keebler cookie factory in the forest. So, Bowling decided she’d like to do something with babies, instead.

It wasn’t until nursing school, when she went on her four-hour rotation in the NICU, that she discovered her calling.

Bowling followed a nurse and she loved how she handled the tiny babies, so gently. She loved the interaction with the families. She thought working in the NICU would be amazing.

In 2007, after graduating, Bowling landed a job at Riley’s NICU.  And the past 10 years have been just as amazing she thought they would be.

Bowling adores all the babies -- the surgery patients, the heart babies and the newborns with spina bifida.  The babies who are having seizures or need to be on cooling blankets.

But Bowling’s heart holds a special place for the micro preemies, those little ones born so early, so tiny that they fit in the palm of her hand.

Just last month, Bowling stood inside the room of one of those micro preemies, a baby girl born at 23 weeks, weighing 1 pound and two ounces. 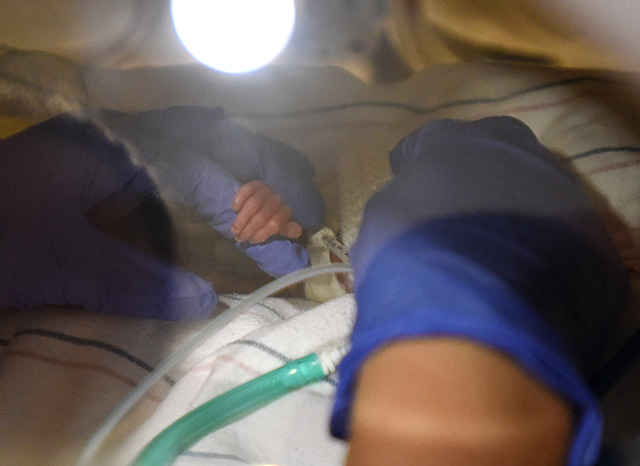 The baby’s parents were in the room too, looking worried but trying to be optimistic. A baby so small is critical, hooked up to so many machines. But the dad started telling Bowling he was feeling good on this day because his baby girl was having a good day.

She’s almost 26 weeks old now. He tells Bowling they are trying to do anything they can to help.

“You guys just being here is amazing,” Bowling says to the baby’s dad and mom. It does so much for those tiny babies to feel the presence of their parents, Bowling said.

And even in the short time in the room, there is a tear brimming in Bowling’s eyes. Crying, in this career, tends to be part of the job. And Bowling doesn’t try to hide her tears – ever.

“You do cry with the families. And I think sometimes families want to see that,” she said. “They will tell you thank you for caring. It makes those families feel like you truly care for their babies.”

And Bowling does care, in a firsthand kind of way.

“For me, it’s just about giving back,” she said, “a little of what was given to me.”

The hats Bowling wears are numerous. Yes, Bowling is a staff nurse at Riley. She is also a charge nurse, one of the youngest women to become one in the NICU.

She is also a mentor, helping to train the new NICU nurses. Her first piece of advice to them is always the same: ask questions. 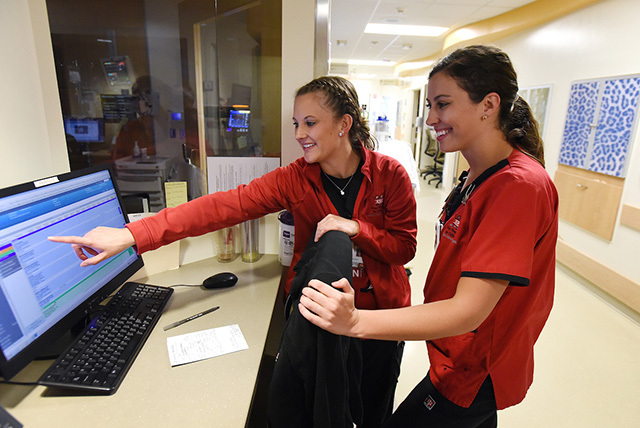 “There are never too many questions. You’ve never been here long enough to not ask a question,” said Bowling, a married mother of 2-year-old Gavin. “I learn something new every day here.”

Bowling is also an ECMO (extracorporeal membrane oxygenation) specialist – a highly-skilled position. ECMO is similar to heart-lung bypass used in the operating room.

Beyond those roles inside the hospital, Bowling has done plenty outside of Riley, including mission work in Uganda and Ethiopia.

Several years ago, she went with neonatologist Dr. James Lemons, who cared for her at Riley in 1984, to the Riley Mother Baby Hospital of Kenya.

There, she helped train nurses. After Bowling and the group left, the infant mortality rate at the hospital dropped by 50 percent over the next three months. 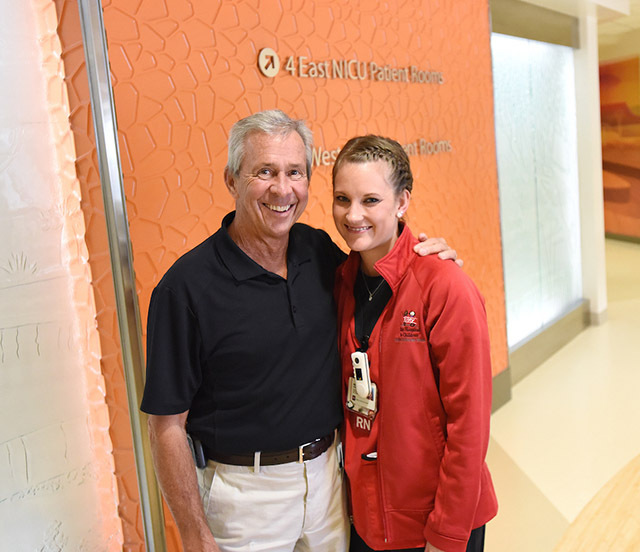 “She’s the most positive, wonderful person,” Dr. Lemons said. “That’s one of the real blessings of having made the decision to stay in one place most of my career.”

Getting to see a patient he cared for in the NICU back working in that same NICU.

“I never anticipated anything like this,” Dr. Lemons said. There have been a few others who have come back to Riley’s NICU to work, he said, “but it’s pretty uncommon.”

And Bowling has gone above and beyond in her role, Dr. Lemons said. She truly stands out.

Many early mornings, Bowling can be found before her shift in front of the hospital loading books from her car into a red wagon, then wheeling them up to the NICU.

She’s the nurse who buys the books for Ariana’s Book Cart. Ariana was a patient of Bowling’s in the NICU. She was there six months, until her death in March of 2010. Bowling cared for Ariana and read to Ariana. The baby loved being read to. 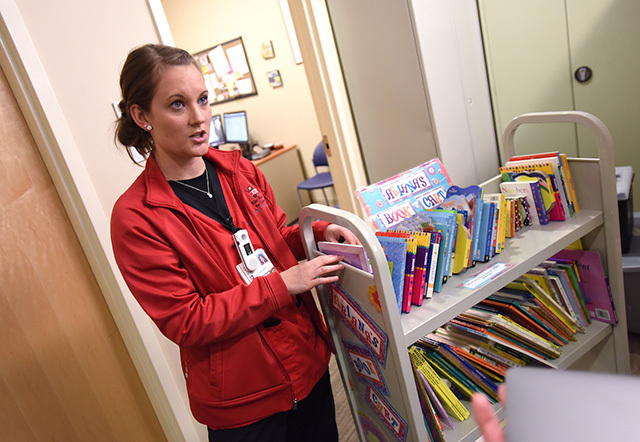 After her death, Ariana’s family started a book cart in the baby’s honor in the NICU.

Every Tuesday, each family in the NICU – as many as 55 -- gets to pick out a book from that cart. Bowling, on her own time, goes out and buys those books. Sometimes, Ariana’s mom and three brothers go with her.

“It’s special getting to do that with them,” Bowling said. The family thinks Bowling is pretty special, too.

Families say that a lot about Bowling -- that she goes above and beyond. In 2011, her standout care earned Bowling a Daisy Award.

The nomination came from the family of a littler girl Bowling cared for in 2011. She came into the NICU very sick. A week later, she had a major surgery where she was put on ECMO.

“Her dad was super scared and worried,” Bowling said. “So I talked him through it.”

Then, Bowling made that tiny baby’s hand into a mold and gave it to her parents before surgery.

“I told mom and dad they could hold her hand during surgery,” Bowling said. “Even though they wouldn’t be able to hold her real hand. They loved that.”

Making memories for the families means a lot to Bowling. In 1984, there were no cell phones or Facebook and photographs were much scarcer. In fact, she has just two pictures of herself from those days in the Riley NICU. 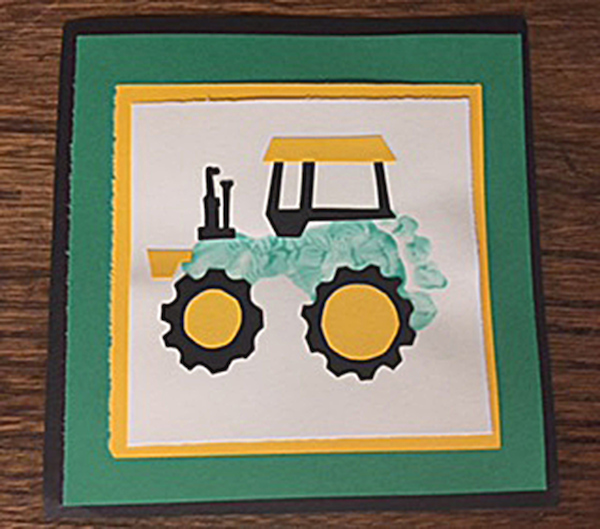 Bowling loves doing footprint art of those tiny feet for the families. She makes pictures and mini scrapbook pages.

Sometimes, that compassion may be something simple – like giving them softer tissues than a hospital-grade tissue.

“That makes a lot of difference for them in a time that is uncertain,” Bowling said.

There are plenty of tough days in her career, Bowling said, but the good days, the best days, make up for those sad ones.

“My best days are the days when I get a phone call that a patient I used to take care of is at the front desk and wants to see me,” Bowling said. “And then, they are running down the hallway and I remember how sick they were. That’s the most rewarding part of this job.”