“No mother ever thinks she’s going to have to do this. I sat here day after day, hour after hour, wondering what I could do, how I could connect. I wish I had thought at the time to read to them.”

When it felt like the hospital room was closing in on her and her fragile preemies more than a decade ago, Katie Kauffman couldn’t have imagined standing here today – two healthy, beautiful children by her side. 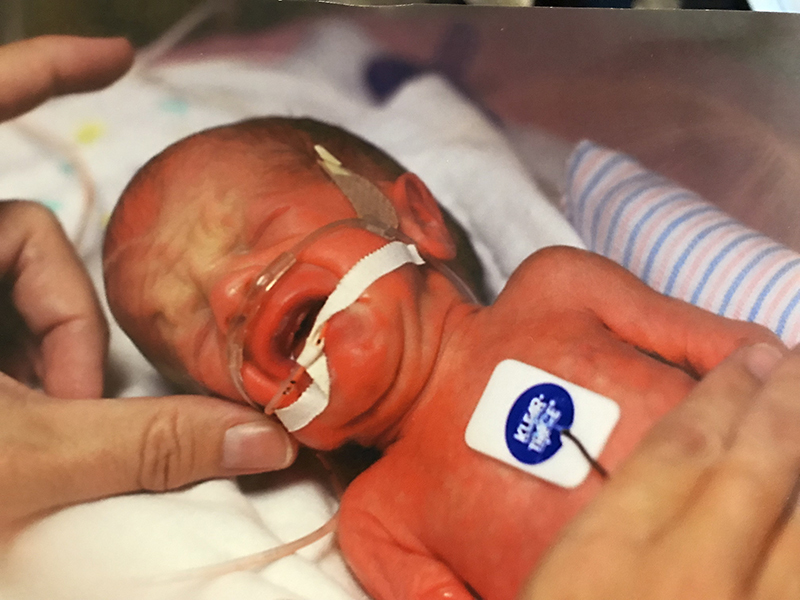 Kauffman and her kids, Ben, 11, and Kelsey, 10, came to IU Health Methodist Hospital last week to deliver a special gift to the neonatal intensive care unit, where the children spent a combined 87 days as newborns. Both were delivered prematurely a year and a half apart.

The kids pulled a Riley Hospital for Children wagon filled with books, one for each day they spent in the hospital, to donate to the NICU – books they bought with help from gift cards and donations from family and friends.

Kelsey decided to ask for books instead of gifts for her 10th birthday in July because she wanted to give back to the place that means so much to her parents, Katie and Chad.

Reading “is a way for parents to talk to their babies,” Kelsey said. 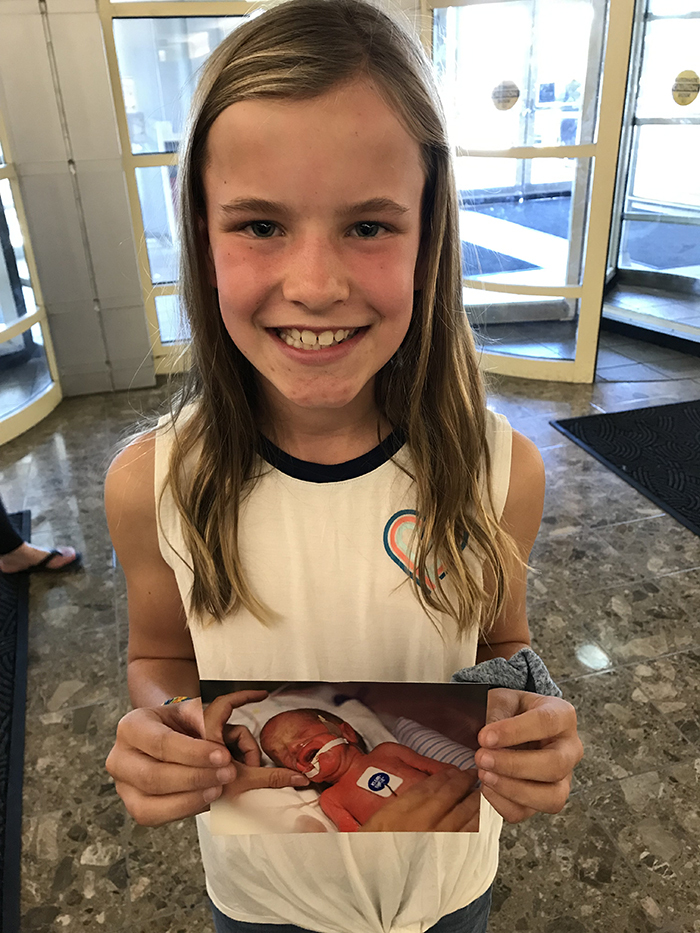 Deb Ward, NICU manager, said the books will mean a lot to parents.

“We know that reading is really important for children, and it’s even more important for premature babies because not only does it give mom (and dad) something to do, but also the baby is used to mom’s voice in utero. When they’re born, they recognize that voice so it helps with development and bonding.”

She called the book delivery a gift “from the heart,” one that will mean so much to NICU parents. “How sweet is that,” she said as she looked at the wagon load of books the children brought to the hospital. 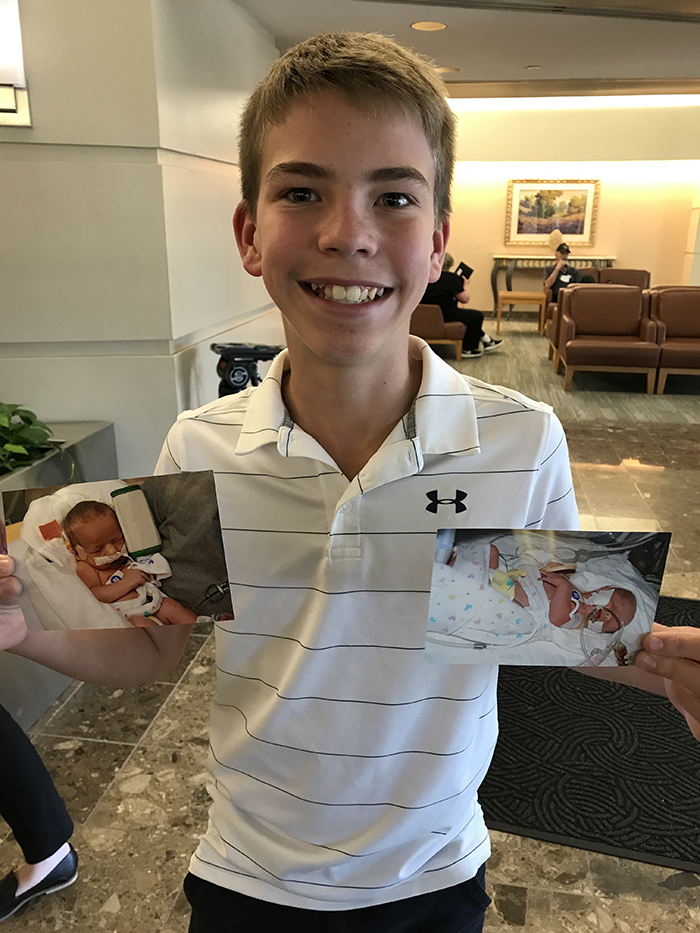 For Katie, it’s the least she and her family can do after the long days and weeks spent keeping vigil in the NICU. She remembers feeling helpless when her children were hospitalized after birth. More so with Kelsey because she had more medical challenges and was in the NICU for 63 days, compared to Ben’s 24 days nearly two years earlier.

“The hardest part of being NICU parents is you don’t know your role,” Katie said. “You’re just standing there, thinking ‘I can look at my baby and I can hold my baby, but I’m not the person who can take care of my baby.’ I had a hard time knowing what to do.”

Katie and Chad’s first-born, Ben, was born at 32 weeks, right before Christmas. He likes to say he couldn’t wait to celebrate his first Christmas early, even if the family had to spend it at the hospital. They came home on New Year’s Eve.

Kelsey was born at 30 weeks in the summer of 2009. Hers was a more difficult journey than Ben’s – she was 2 pounds smaller and faced more medical problems.

“This NICU and these people supported us and taught us how to really care for her at home,” Katie said, recalling how NICU nurse Jennifer Stewart spent hours with her and Kelsey, teaching her how to use the medical equipment her baby would need to be released from the hospital. 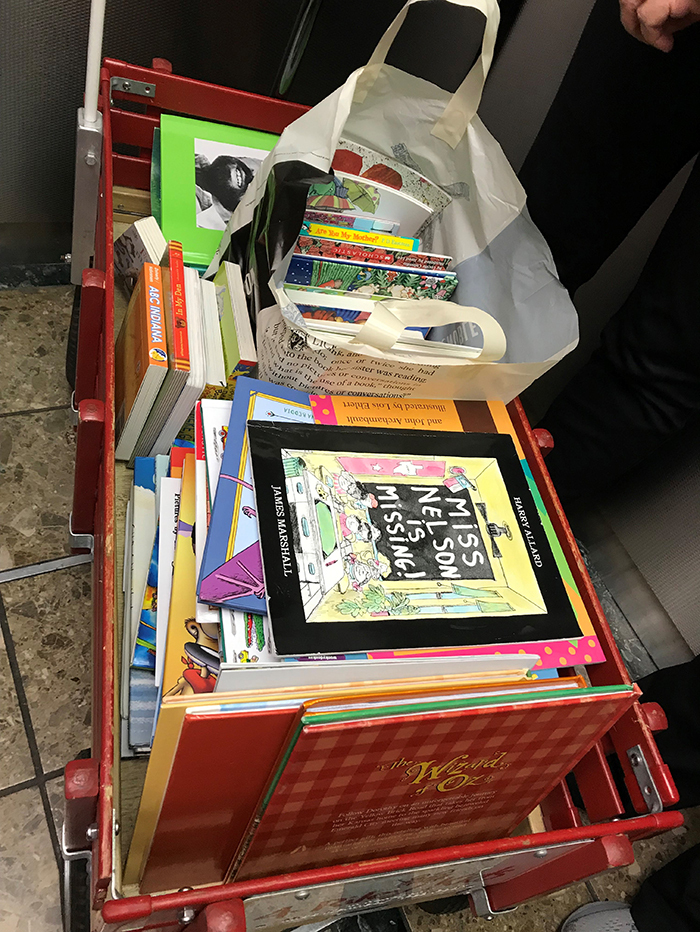 Kelsey, in particular, stole Stewart’s heart, the nurse said, “because she was so little and strong-willed, and the parents made it so easy to want to be there and want to help.”

“I enjoyed taking care of her every day and also taking care of Katie and Chad, helping support them, pushing them into doing the things they needed to do to take Kelsey home,” Stewart said.

Calling herself a “NICU mom times two,” Katie gets emotional as she recalls those days more than 10 years ago.

“No mother ever thinks she’s going to have to do this,” she said. “I sat here day after day, hour after hour, wondering what I could do, how I could connect. I wish I had thought at the time to read to them.”

Now, she wants to support families who are going through what she and her husband went through.

“They took care of all of us as a family,” she said of the NICU staff. “There are families that are still there, fighting the same fight we did, and many don’t have the same resources we had. We remember that and we honor that.”