Music fills his heart – and the halls of Riley

‘Jalen blesses people with his music. He brings a lot of joy to everybody.’

Give Jalen Pigg a microphone and watch him smile. Then listen to him sing.

The 19-year-old is most at home when he is performing, and his joy is contagious. 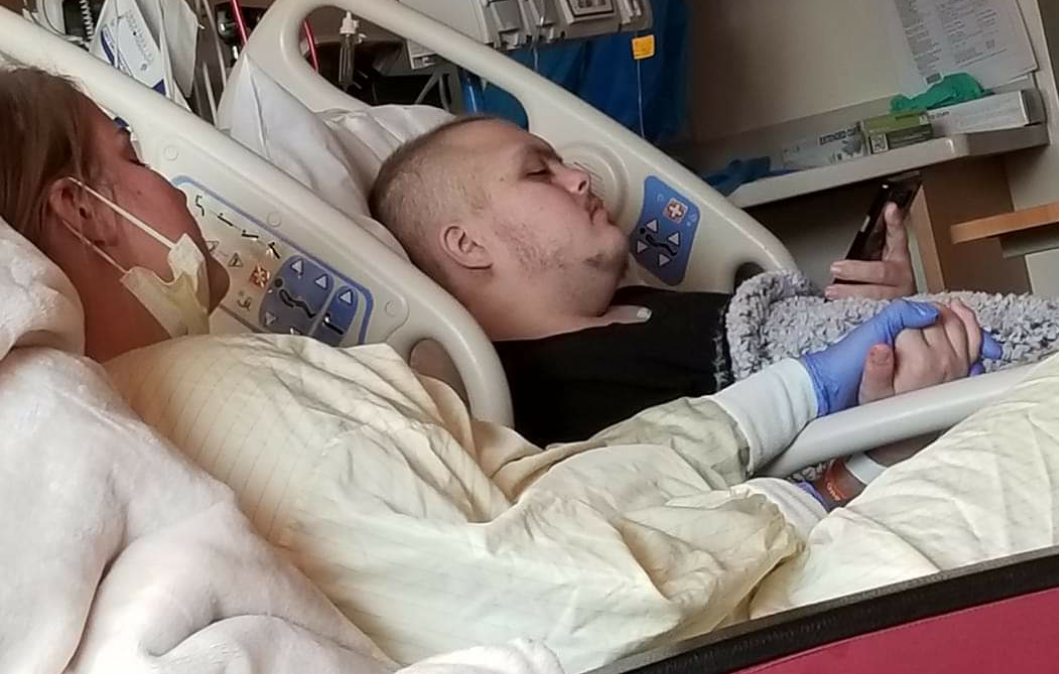 Jalen, born with Down syndrome, is nearly a year into his fight with acute lymphoblastic leukemia. He has spent much of that time at Riley Hospital for Children at IU Health.

But he has made the most of that time, working on his songwriting and singing skills with Riley music therapist Caitlin Krater. It’s a creative outlet that allows Jalen to forget for a while that he is in the hospital.

“Music therapy is his savior,” said Jalen’s mom, Marni Brown, who spends most days and nights by his side. “Riley is a family to us. When we’re here, it’s home.” 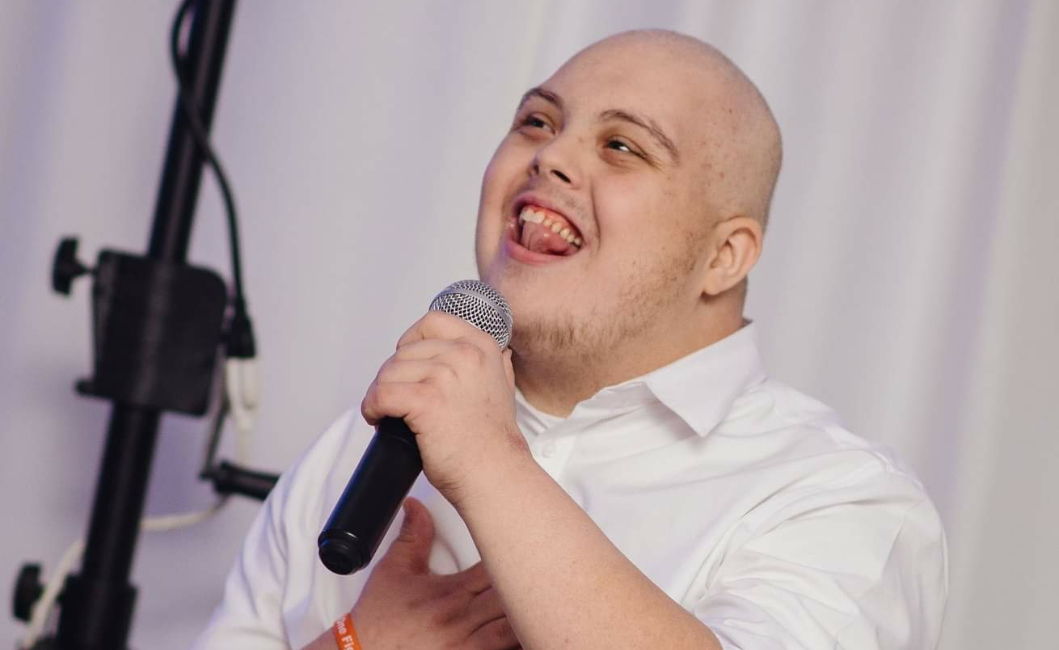 Brown, her husband, Mike, and Jalen live in Paoli, about two hours south of Indianapolis. Mike Brown is a basketball coach in nearby Salem, where Jalen serves as team manager and plays for the Special Olympics team.

With a name like Jalen (a nod to former Indiana Pacer Jalen Rose), it’s no surprise that this young man loves to shoot the ball. In fact, his nickname is “Jumpshot JA.”

His time on the basketball court is on hold for now, but he can make music anywhere.

From putting on concerts at home for his family, to entertaining in his room at Riley, Jalen can often be seen with his gold microphone singing Bruno Mars or Alan Jackson tunes, with nurses gathered around, said Krater, who meets with Jalen several times a week.

“This sharing of music really builds a sense of community on the unit,” she said. “There is something special that happens when humans share music,” especially in the midst of a healthcare crisis.

“Jalen’s journey has not been easy,” she said. “He usually goes back to music in his time of need.”

The two are collaborating on a song that Jalen hopes to produce in the Child Life Zone studio.

His music skills aren’t limited to singing and playing guitar – he has four guitars at home and is getting a new set of drums for Christmas. The teen also loves to dance. He puts on a leather jacket and “becomes” Danny Zuko (John Travolta) from “Grease.” He does a good Bruno Mars impersonation, too, his mom said.

“Jalen blesses people with his music,” Brown said. “He brings a lot of joy to everybody.”

For now, the family is focused on going home for Christmas, then beginning two years of outpatient treatment.

“It’s a hard battle, but we will do this,” Brown said. “I have faith in God that he will beat this. Jalen is a warrior.”