RN Hailey Campbell is recognized with the Daisy Award for excellence after a young patient and his mother both nominate her: “She truly made a lasting connection.”

Hailey Campbell had just finished making the rounds on 7 West to get vitals on her patients Thursday afternoon. When she rounded the corner, she saw her colleagues gathered at the nurses’ station.

Was it a meeting she didn’t know about? Turns out they were there for her. It was a celebration in her honor for winning the coveted Daisy Award for excellence in nursing. There were balloons, flowers, a banner, and perhaps best of all – Cinnabons for everyone.

Campbell has received plenty of Daisy nominations, but this is her first award. She’s been a nurse on 7 West at Riley Hospital for Children for three years.

“I feel a little bit overwhelmed but in a good way,” she said after her floor recognized her. “It was a nice surprise on a not-so-great day.” 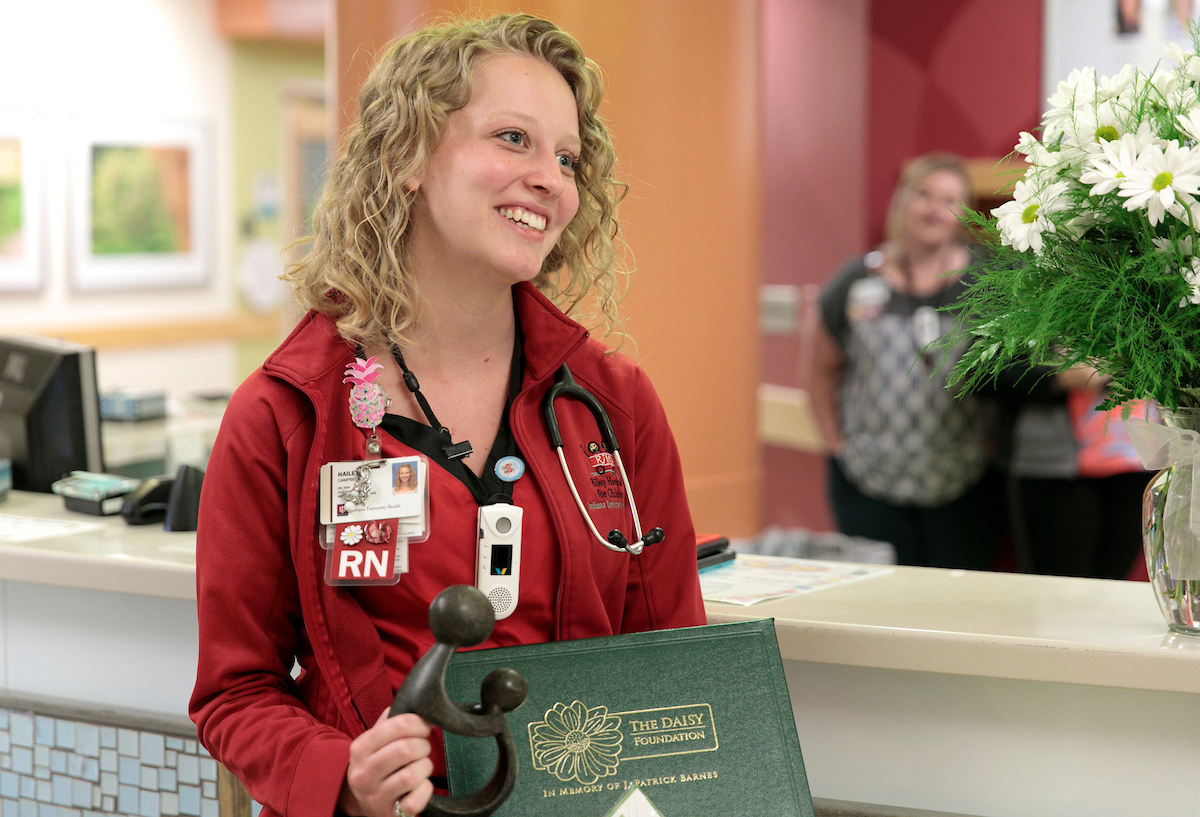 Working in a children’s hospital can be tough. It takes skill, compassion and heart. Campbell has all three in spades, says her manager, Jen Engelmann.

“I could say a million things about her. She’s received a ton of Daisy nominations, I’m just so happy that she won,” Engelmann said.

The Daisy Award was established 20 years ago to recognize the “super-human” work that nurses do for patients and families every day. Hospitals and schools of nursing in all 50 states and 23 countries present the award to nurses, who have been nominated by patients, families and/or team members.

In Campbell’s case, both her young special-needs patient and the boy’s mom nominated her separately, a fact that touched Engelmann’s heart.

The little boy’s letter was succinct: “You got us games. You checked on me. You were nice. You gave me chocolate milk.”

His mom had more to say: “Hailey was amazing with Gabe, even at his worst times. As a parent with a special-needs child, she did amazing with him. She would check to see if I needed a break or anything. If I had any questions, she would always make sure she had the answers. She took time to listen to my concerns … She truly made a lasting connection …”

That connection goes both ways, Campbell said. “I remember them; they were such a sweet family. The kids make it all worth it – on the good days and the bad days.” 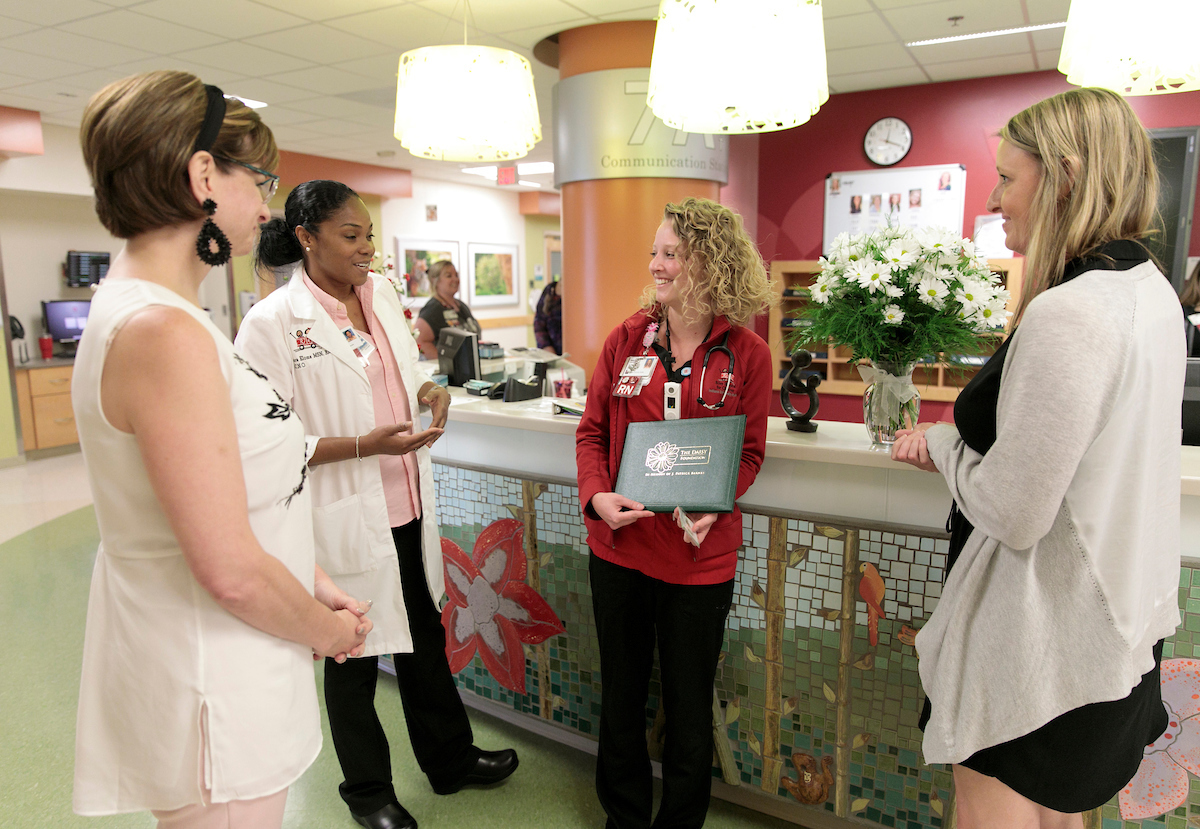 Shara Eloms, associate chief nursing officer of clinical operations, presented Campbell with a certificate, a Daisy pin, a bouquet of daisies and the Healer’s Touch sculpture, made by hand in Zimbabwe. Asked if she had a good place at home for the sculpture, Campbell said, “I’m going to find one, somewhere out of reach of my 2-year-old.”

Engelmann said Campbell builds great rapport with her patients, and “families adore her.” On top of that, “She has great clinical judgment and the families notice.”

After thanking her co-workers, a beaming Campbell summed it up: “It just means so much.”