Lactation consultants coach new moms and infants as they learn to breastfeed. “This is a medicine only moms can provide. We celebrate every drop because it’s so precious.”

When Nicole Geist had her first child, she didn’t know how her baby would take to breastfeeding, but she knew it was worth whatever struggles she might have.

Lucky for her, Geist’s daughter was healthy and a vigorous eater, and the two quickly bonded over the breast.

“I loved breastfeeding so much more than I ever expected,” she said. “In the beginning, I needed help from a lactation consultant to get my daughter to latch on, but once we did that, my daughter taught me.”

Geist, clinical nurse manager on 9 East at Riley Hospital for Children and manager of Riley’s Milk Lab (not to be confused with the Milk Bank in Indianapolis), is a champion for breastfeeding moms. 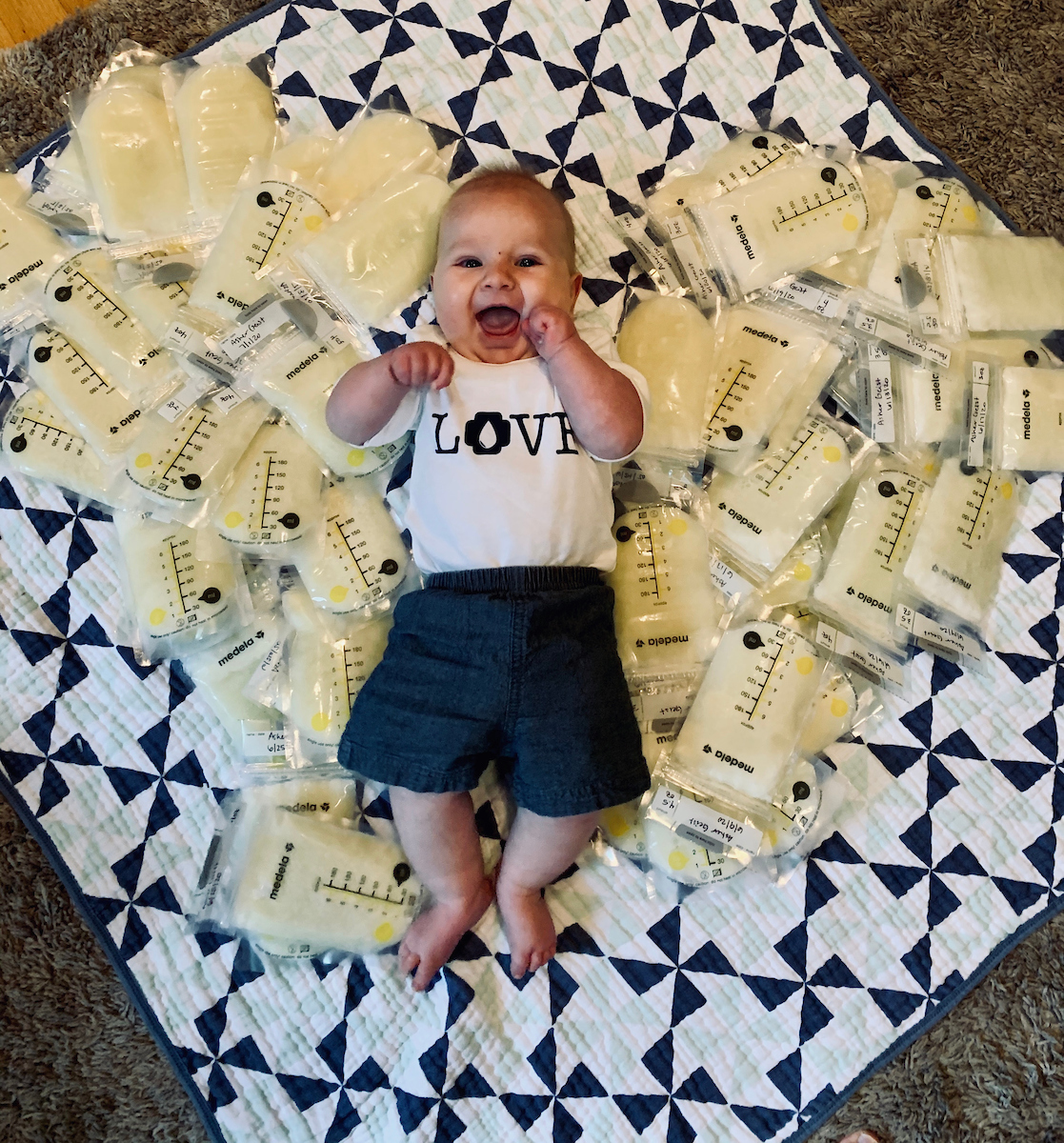 She breastfed her daughter, now 2, for the first year of the toddler’s life, and hopes to do the same for her 4-month-old son. When she can’t be there in person, she pumps and sends it along to her son’s daycare, but sometimes ends up with more milk than her son can drink.

“I’m very fortunate that I have an oversupply and am able to donate excess milk to the Milk Bank,” Geist said. “I did one large donation in early spring of 2019 when I was pumping for my daughter.”

She did the same while pumping for her son. “My freezer is full and I want to give back.”

IMPROVING HEALTH OF MOM AND BABY

August is World Breastfeeding Month, so it’s an ideal time to highlight not only the importance of mother’s milk but also IU Health’s commitment to supporting nursing moms.

Lori Satterfield, Community Benefit project manager for IU Health Community Outreach & Engagement, said the work the team at Riley does aligns with IU Health’s mission of improving maternal and fetal health as part of the goal to make Indiana one of the country’s healthiest states.

The breastfeeding initiative fits into one of the designated health priorities for Riley Hospital, based on the 2018 Community Health Needs Assessment.

“The work they do supports our values out in the community,” Satterfield said. 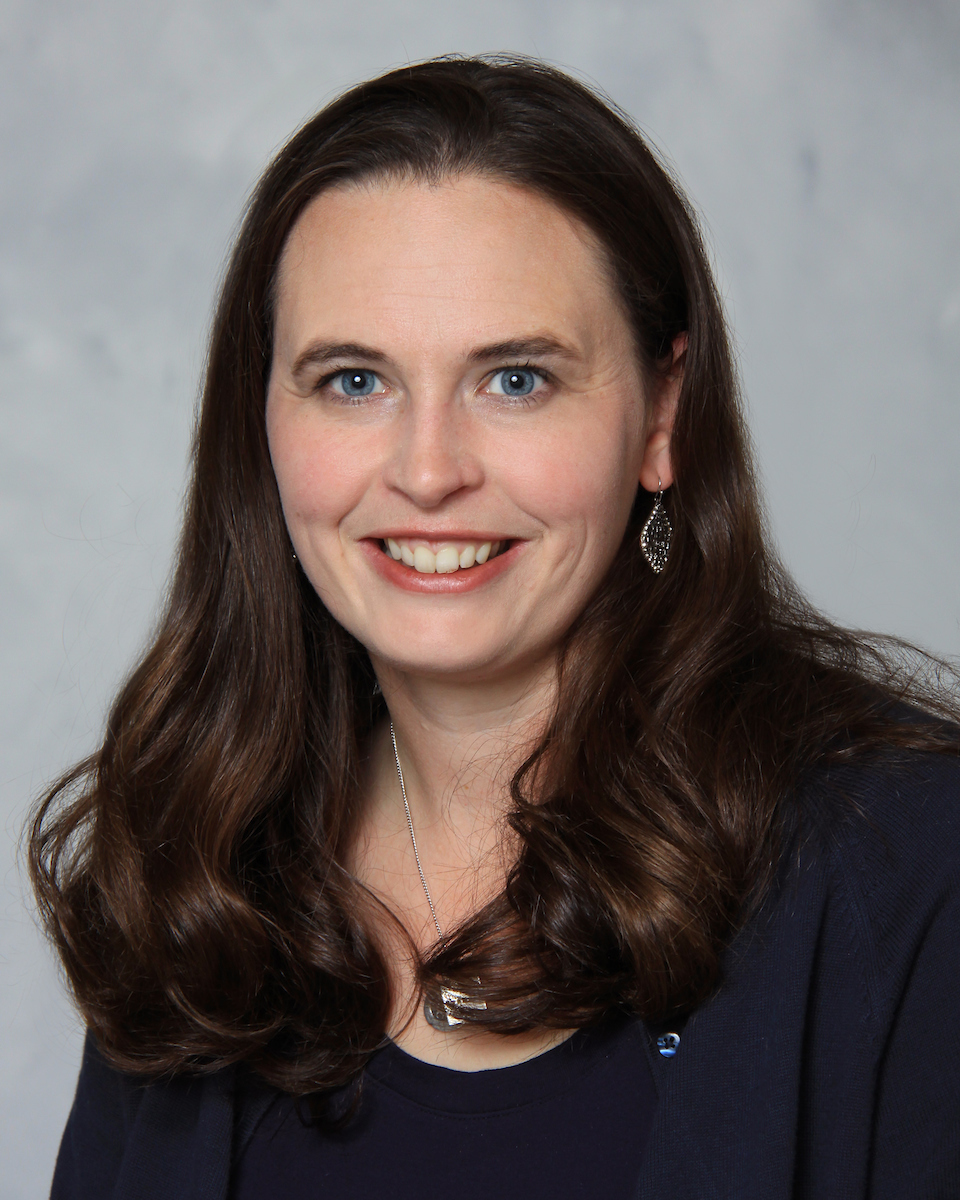 Dr. Emily Scott, formerly medical director of well newborn care at IU Health Methodist Hospital, recently joined Riley’s pediatric group. She said it is important for IU Health to lead in the efforts to reduce Indiana’s high infant and maternal mortality rates. Indiana reported 7.21 infant deaths per 1,000 live births in 2017, ranking among the 10 worst states in the nation. Mississippi and Alabama had the highest infant death rates per capita.

“When we looked at interventions that impact both moms and babies, breastfeeding is one of those things that should really be at the top of our list,” Dr. Scott said.

Not only is mother’s milk easily digestible and boosts immunity, but it improves the long-term health of infants by decreasing the risk for allergies, asthma, childhood leukemia, obesity, ear infections and type 2 diabetes. Moms who breastfeed are less likely to develop certain types of breast cancer, ovarian cancer and type 2 diabetes, according to the Office on Women’s Health within the U.S. Department of Health and Human Services.

“It’s just really crazy how a very simple intervention can have such a lifelong impact for mom and baby,” Dr. Scott said.

IU Health Methodist Hospital was the first baby-friendly hospital in Indiana, she added, “so the whole philosophy behind the newborn care practices at Methodist is really to help mom succeed in breastfeeding. We don’t ever force any mom to breastfeed, we really just follow those evidence-based practices that we know are going to lead to breastfeeding success.”

“We do a really good job of supporting breastfeeding in the hospital, and our advanced providers are very well-trained to help moms in the outpatient setting, but it’s hard, especially now during COVID, for people to get to appointments, Dr. Scott said. “I think we need to find a way to better support our moms in those first two weeks of breastfeeding after they leave the hospital because that’s when it’s really hard.” 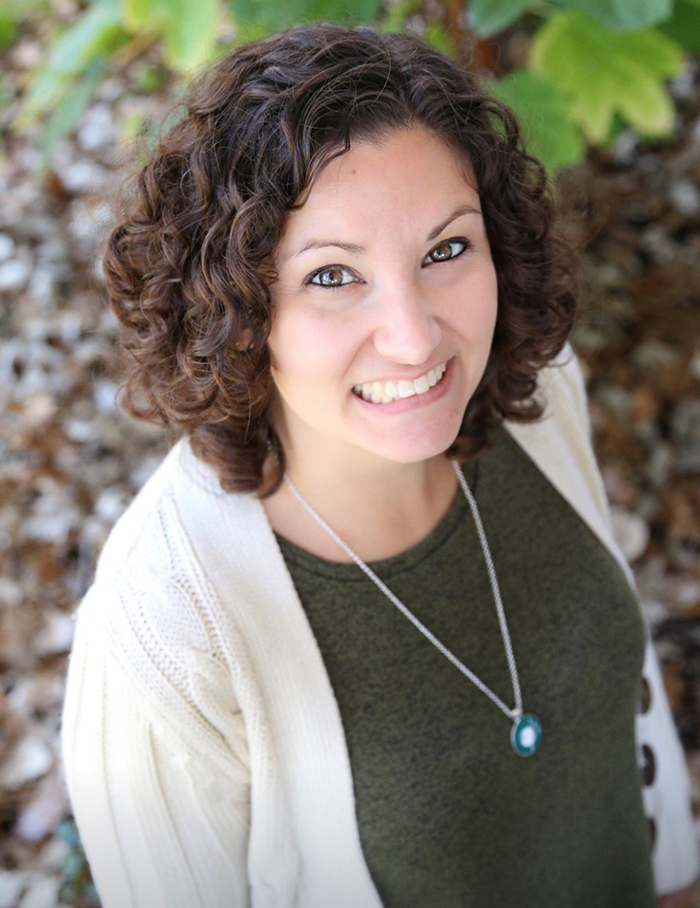 Amy Plew is a mother of two and a lactation consultant at Riley, where she and her colleagues support lactating moms throughout the hospital, from tiny preemies to babies who are a few months old but have medical issues. NICU moms have more challenges than most.

“A lot of times they’re not taking care of themselves because they are so concerned about their babies,” Plew said. “I feel honored and privileged to help these moms make milk for their very vulnerable babies. We do a whole lot of cheerleading and handholding to help moms meet their feeding goals.”

Moms who are able to pump breast milk while their babies are hospitalized can drop it off at the Milk Lab, which sits just outside the NICU on the fourth floor. There, Geist and her team refrigerate or freeze it until it is ready for feedings.

The lab is more than a storage facility, Geist said. Like the name implies, there is a lot of science behind it. The lab prepares formula blended to feeding diets, along with expressed breast milk and donor breast milk, for patients at Riley Downtown, Riley at Methodist and Riley at IU North.

Some batches of expressed milk are fortified for babies who need extra calories, while others are mixed with donor milk from the Milk Bank, which provides pasteurized donor human milk for babies whose moms can’t pump enough. Staff follow preparation guidelines set by the Human Milk Banking Association of North America.

Geist, who has been at Riley 13 years, said while moms can’t always directly breastfeed, they are still working hard to pump to provide milk.

“It’s incredibly hard for moms,” she said. “My clinical background is in the NICU, and I have seen the struggle that these moms go through. I’ve also seen the joy they get from being able to do this.”

Geist not only manages the Milk Lab, she also sits on the board of the Milk Bank (as does Dr. Scott), and, as mentioned earlier, she donates breast milk. The goal in all of her efforts is to reduce infant mortality through the safe use of mother’s milk. 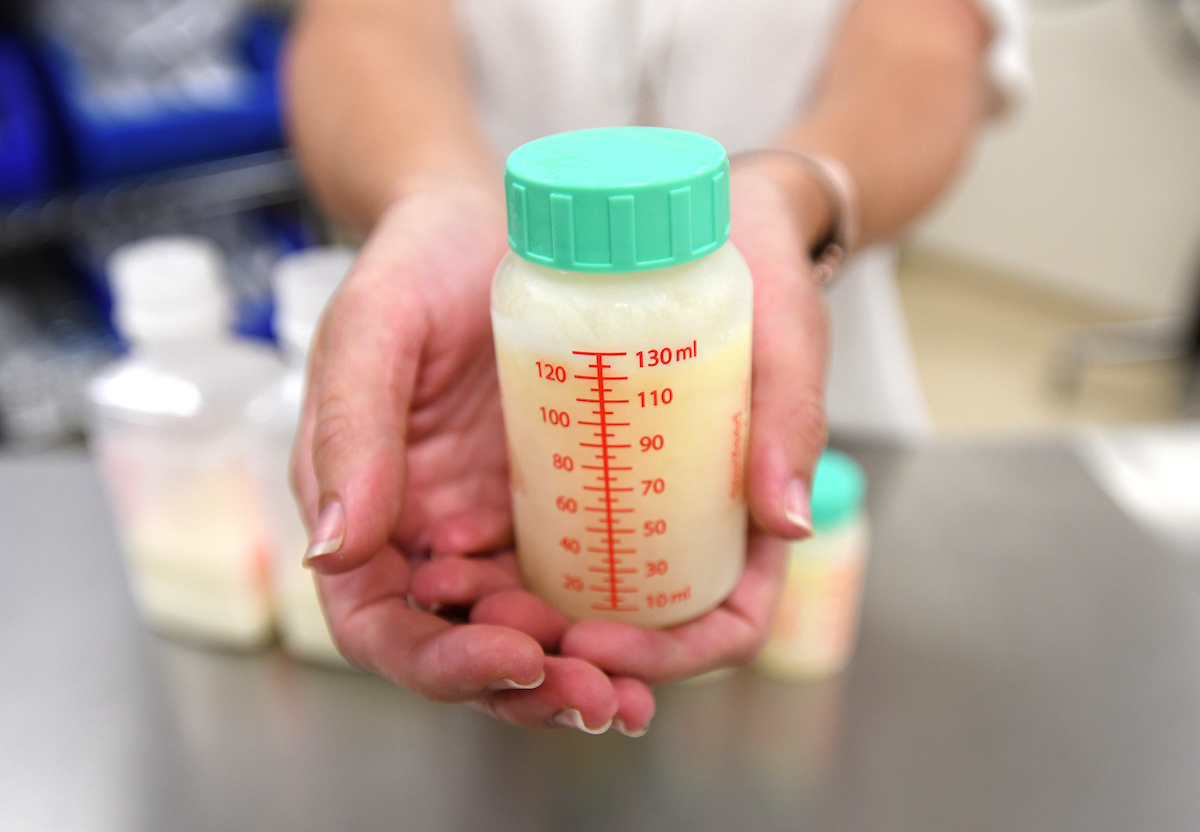 Plew calls breastfeeding “magical” for its physical benefits for both mom and baby but also for the bonding experience.

“NICU moms, especially, have no control over what’s going on with their baby, but they can control how long they pump and how many times they pump,” Plew said. “This is a medicine only moms can provide. We need to shift the way we talk about breast milk as not just food but also giving baby medicine specifically made for him or her.”

While hospitalized babies might not get 100% breast milk “we celebrate every drop because it’s so precious,” Plew said. “Even when mom’s milk is first coming in, we will chase those drops down with a swab and do oral care for babies to help them get used to the taste before they’re even allowed to eat.”

The Centers for Disease Control and Prevention recognizes breast milk as the best source of nutrition for most infants, but a shift away from breastfeeding in the 20th century in the U.S. took a toll, Dr. Scott said.

“We did ourselves a disservice in the U.S. because there was period when people were not breastfeeding anymore and a lot of that generational knowledge has been lost. It’s harder for moms to help their daughters because they didn’t do it or didn’t have a good experience,” she said.

“We need to work to build up that community level support for these moms in the first few weeks because it does become very easy once the baby gets the hang of it.”