Mom dreamed she would be kidney donor for newest son

They thought they might not be fostering any more children. But after a three-year hiatus, Justin and Nicole Alles met Sebastian – a little boy with multiple needs – including a kidney.

He pretends he’s making lunch. First there’s a slice of pizza on a plastic plate and then a green pepper popped into the child-size play microwave. His head nods when mom asks if he likes to cook. And there’s that blonde hair. Sebastian Alles could be a chef when he grows up, but today he is a pint-sized heartthrob. And among the first hearts he stole are those of Justin and Nicole Alles.

The Whitley County couple celebrating their 20th anniversary, had taken in several foster children from 11 counties over 10 years, but after a rough patch, they were struggling with whether to continue. Their blended family includes 27-year-old twins (a son and a daughter), a 20-year-year-old son, and an 18-year-old daughter. They also have six grandchildren between the ages of nine and three.

“Did I know we’d be starting over with a little one? No, but I wouldn’t change a thing,” said Nicole.

Sebastian arrived at 39 weeks on October 23, 2014 and was diagnosed with a bladder outlet obstruction secondary to PUV (posterior urethral valve disorder) and low amniotic fluid. Chromosomal testing was conducted due to ambiguous genitalia. He was intubated four times due to poor respiratory efforts, placed on a ventilator and transported by LifeLine from IU Health Methodist Hospital to Riley Hospital for Children. 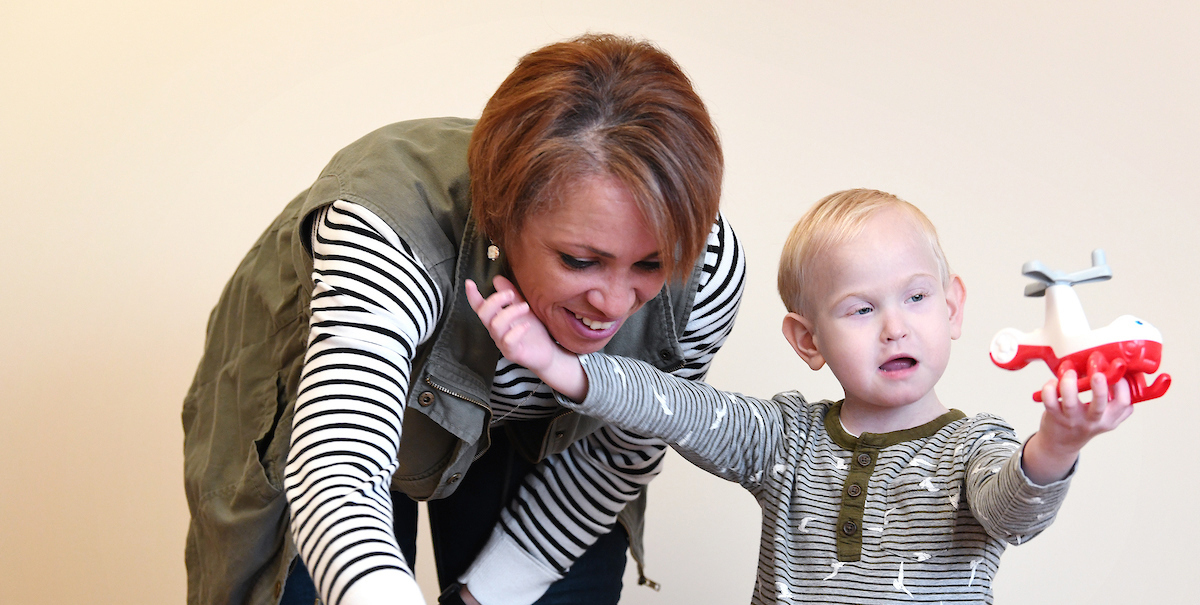 Two months after Sebastian’s birth, Justin and Nicole got the call. There was a baby who needed a home.

“Our first goal was reunification if possible,” said Nicole. “That was changed at four months of age after his parents gave up their parental rights and we knew from that point he wasn't going anywhere, and we were going to help him get to transplant stage. We hadn’t had a baby through foster care and this wasn’t just a baby; this was a baby with medical issues,” said Nicole, who worked as a pediatric home health care nurse. “We were scared. What if we couldn’t do it?”

It took a large box – about the size of Sebastian - to hold his medical records. At 13 months, he was the size of a nine-month-old, said Nicole. They took a picture of him standing next to the box. Nicole stayed at Riley Hospital for a week to learn how to administer home dialysis. “I sat in a room with doctors and case workers and I was floored at the needs. We have a great team of nine doctors and there’s not a single one of them who hasn’t treated us with love and respect,” said Nicole.

“When we first got him, our goal was to get him to the transplant stage. I didn’t even know if I was the same blood type,” said Nicole. By January 2017 Sebastian was ready to be listed for a kidney transplant. Nicole was tested and learned that she was a tissue match. 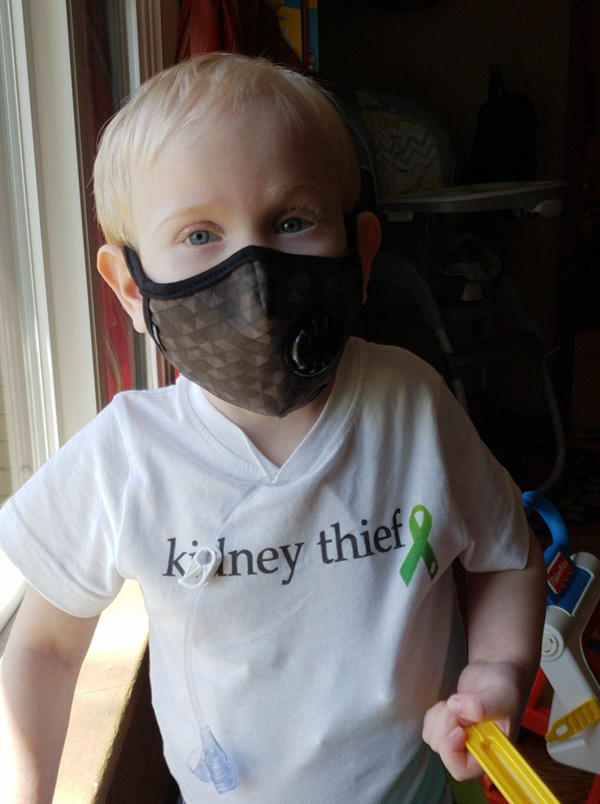 On Oct. 11, 2017 – a year after his adoption - Sebastian received another gift from his new mom. Nicole donated a life-saving kidney to the little guy.

She becomes emotional as she talks about the transplant. “I had a dream that I would be his kidney donor,” said Nicole, who turns 49 in April.   “He was supposed to be part of our family. God had a plan. Sebastian mimics my older children and he has influenced them in so many ways,” said Nicole.

As Sebastian focuses intently on preparing his make believe lunch. Nicole asks him for kisses. He’s too busy to stop so she grabs him and begins smooching his face. He giggles and then is off again cooking and meal prepping.

Now, three notebooks filled with Sebastian’s milestones are as coveted as the box filled with medical records. “Some day he’s going to want to know his story and we want to be ready to tell him,” said Nicole. He still has some surgeries ahead of him but he’s come so far since his transplant – growing and thriving.

He learned sign language early on and now speaks in short sentences. He knows his shapes, colors, numbers and alphabet, and he is working on toilet training. He loves chicken nuggets (he calls them “monkey chicken”) and macaroni and cheese (he calls “monkey cheese”).

“His communication skills are behind and he’s still working to catch up socially,” said Nicole. “Our goal is for him to no longer require a G-tube for nutritional needs, help him to exceed his predicted potential, be the best he can be, and a valuable part of society,” said Nicole. “Yes, he’s cute and he’s a happy, jovial child who knows he’s loved. We aren’t going to let his handicap hinder him or let him use it as an excuse.”

How is he different from her older children?

“First off, he’s blonde haired, blue-eyed and fair skinned. But now that I’m his mother, he has a piece of me,” said Nicole. “Despite his delays, he’s like my other kids were at his age, right by my side. It doesn’t matter how many people are in the room, he’s right where I am,” said Nicole. “I tell my husband that our kidneys are magnetically fused.”