Mo-Mo twin heads home to be reunited with sister

The perfect present: After six months in the hospital, Lena and Delaney Drew will be together at home for Christmas.

This Christmas gift couldn’t have been more perfect. 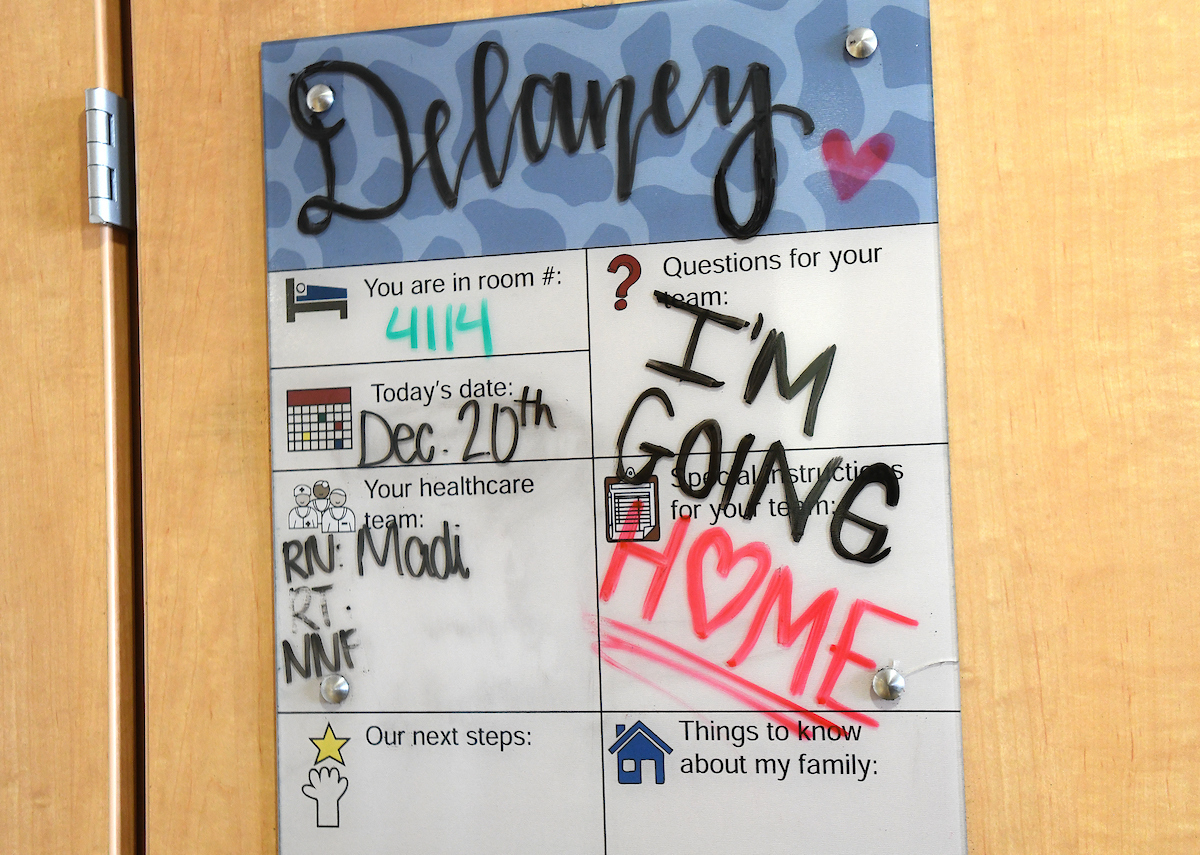 Little Delaney Drew was released from the hospital Friday, in time to join her twin sister at home for their first Christmas together.

Delaney and Lena Drew were born 3 ½ months prematurely last June in Evansville, and soon both were LifeLined to Riley Hospital for Children at IU Health. Read more.

The twins were special from the beginning. They are mono-amniotic, or mono-mono, twins, an anomaly in which babies share a placenta and amniotic sac. It occurs in just 1% of identical twins and less than 0.1% of all pregnancies. 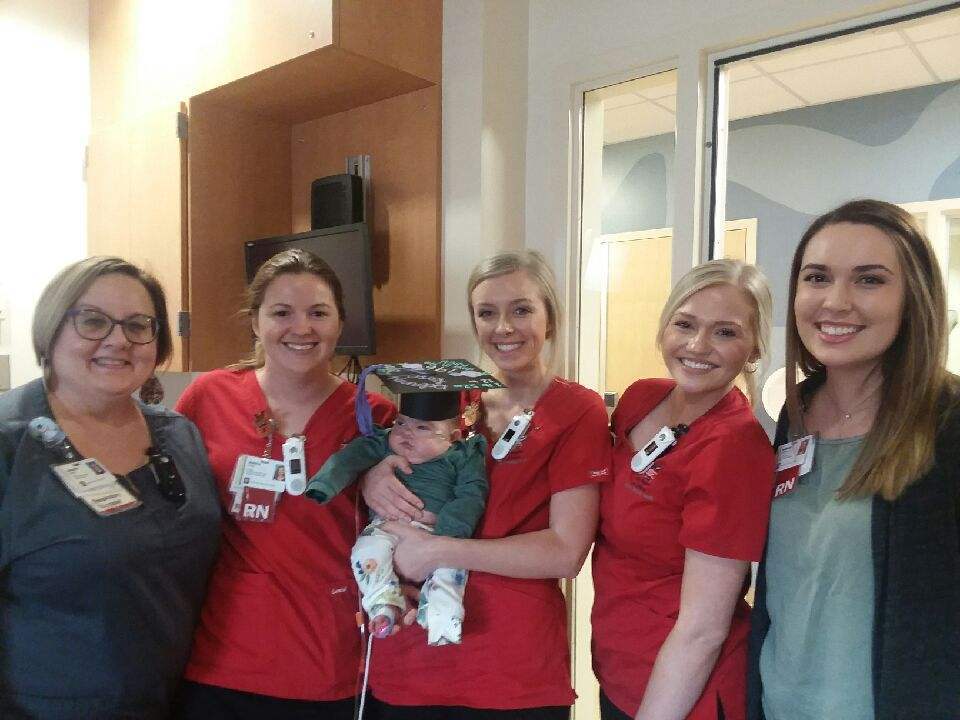 As the sisters struggled to overcome multiple medical challenges, their parents, Eric and Emma Drew, camped out at Riley, learning how to care for their fragile girls.

Lena was the first to go home. She “graduated” from the Riley NICU on Nov. 11. Delaney followed nearly six weeks later, three months after the twins’ original due date. Both are on low-flow oxygen and NG tubes, but they are practicing taking milk from a bottle. The girls will share a nursery, with matching cribs.

“It will be neat to see them both at home and actually let them kind of play together,” Emma said. “I’m hoping they entertain each other.”

As nurse Madison Booe went over discharge instructions for Delaney with Emma and Eric, she admitted it is hard to say goodbye to the little girl she admitted to Riley back in June.

“I’ve already teared up,” she said. “It’s very emotional, but it’s very exciting. It’s nice to have it full circle.” 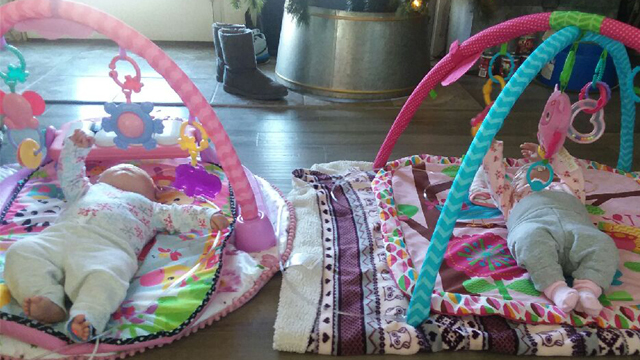 She and some of the twins’ other primary nurses plan to attend the girls’ first birthday party in June. And the Drews say they’ll be back for the annual NICU reunion in September, a reunion that Emma watched from the window this year, no doubt longing for the day when she and Eric and their girls could be part of it.

Reflecting on the journey they’ve been on for the past six months, Emma summed it up in four words: “It’s all a miracle.”