Despite being diagnosed with intestinal and cardiac defects, and then enduring several emergency surgeries, Miracle survived.

Many say Riley moms are as strong as steel. Mailika Mullins is no exception. When her baby, Miracle, was born at 23 weeks and rushed to Riley Hospital for Children from a small hospital in South Bend, the new mom was terrified.

Miracle, then classified as a micro-preemie, weighed a mere 600 grams. “We were told that babies born that early sometimes don’t make it,” recalls Mullins, “so I braced myself for the worst.” 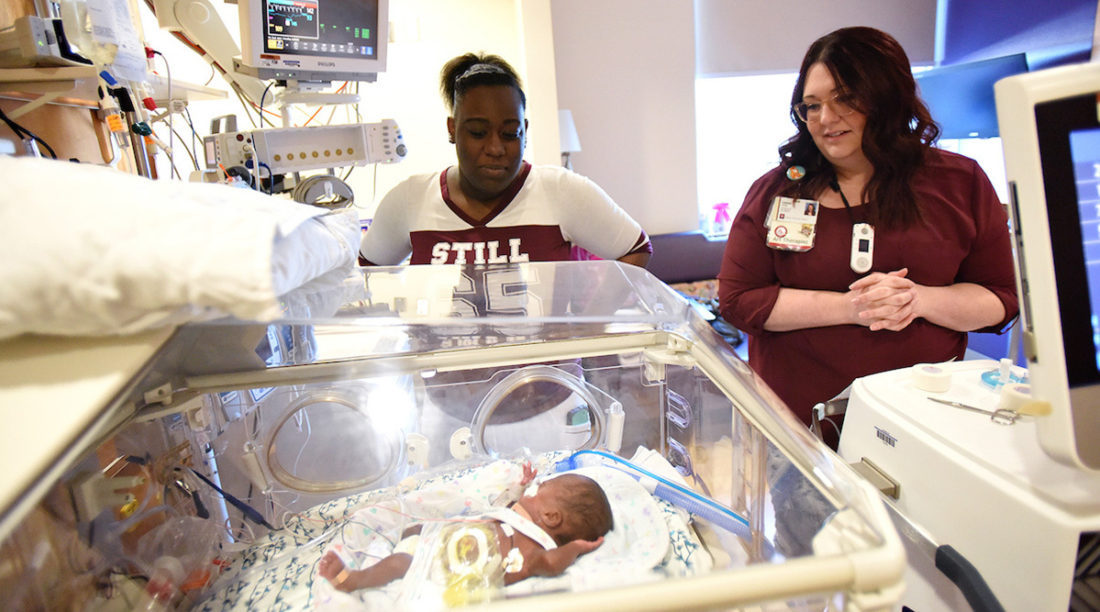 Yet, despite being diagnosed with intestinal and cardiac defects, and then enduring several emergency surgeries, Miracle survived. “After hearing from staff what my daughter was going to be up against, I knew I had to stay strong but I was completely alone. All of my family was in South Bend and I had never been to Riley before. I was terrified and overwhelmed. Finally, I realized--my baby was fighting for her little life and I needed to start fighting with her.”

Early on, the young mom decided to participate in Riley’s unique programs as a way to cope. Mullins, who ultimately created a storybook for her daughter (a tale about butterflies titled Miracle’s Journey) as well as a soothing lullaby, says she often emerged from her therapy sessions feeling calmer and more clear-headed. 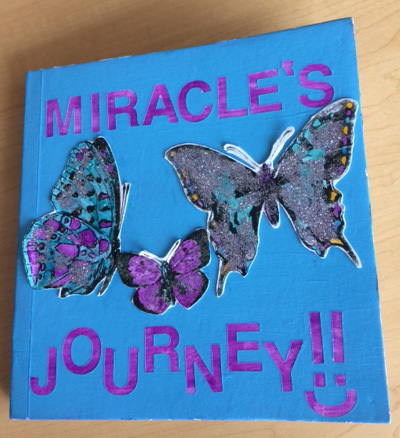 “The sessions provided me with some extra time to process the whole situation,” recalls Mullins. “Like most people, I’m not a person who deals well with extreme stress and the art and music therapists and the projects I worked on allowed me to unwind for just a little while. Music and art naturally take people to a different, more pleasant place.”

Riley art therapist, Cassie Dobbs and music therapist Kati De Petrillo say they worked with Mullins one-on-one for months. “When I first met with Kati, it was amazing,” recalls Mullins. “Back then, I used to sing to Miracle--that’s how we communicated since I could not do anything else--and singing with Kati was so soothing for both of us.”

While one would assume only hushed tones would be welcome, caregiver voice and song do have a place in the NICU.

“In the NICU, music therapy focuses on utilizing caregiver voice and tonal range,” explain Kati De Petrillo, music therapist at Riley Hospital for Children. “Parents have been singing and rocking their babies for centuries as way to bond. In the NICU, sometimes this experience can get intercepted. Babies may be in isolettes away from people, or caregivers may be afraid. In the NICU, we partner with them to create strong connections.”

While Miracle has called Riley home for 200 days, says Mullins, a discharge date is now finally within reach—Sept. 19.

“Miracle is doing great,” she says. “She’s now 17 pounds, sucking her thumb, rolling over, and sitting up. Everyone is happy with the progress she’s made and I couldn’t be more proud of her.”

The mobile app is called NICU Companion. It’s been so popular at Riley Hospital for Children that it’s rolling out at IU Health’s other hospitals.