Magic Castle Cart creator is stepping down as manager

Bob Baxter will continue as a weekly volunteer for the “smile therapy” program he started nearly a quarter century ago, bringing toys and sunshine to Riley kids.

It was a tap on the shoulder that took Bob Baxter 20 years back in time.

Baxter was pushing the popular Magic Castle Cart – his baby – down the halls of Riley Hospital for Children when a woman stopped him to say her son still had some of the toys Baxter had given him as a Riley kid.

“Standing next to her was a young man who said he’d had a heart transplant 20 years ago, and he still had those things we’d given him from the cart,” Baxter said.

It wasn’t the first time he’d run into previous patients – he’s hard to miss with the colorful castle he and other volunteers push from unit to unit to bring a little light and fun to children’s hospital rooms. But 20 years later? That was definitely a record, he said.

After nearly a quarter century at the helm of the Magic Castle Cart program, Baxter is stepping down as program manager, though he’ll continue to man the cart on Tuesday evenings, as he has done for decades, handing out books and bracelets, snakes and spiders, stuffed animals and smiles.

He calls it “smile therapy.” 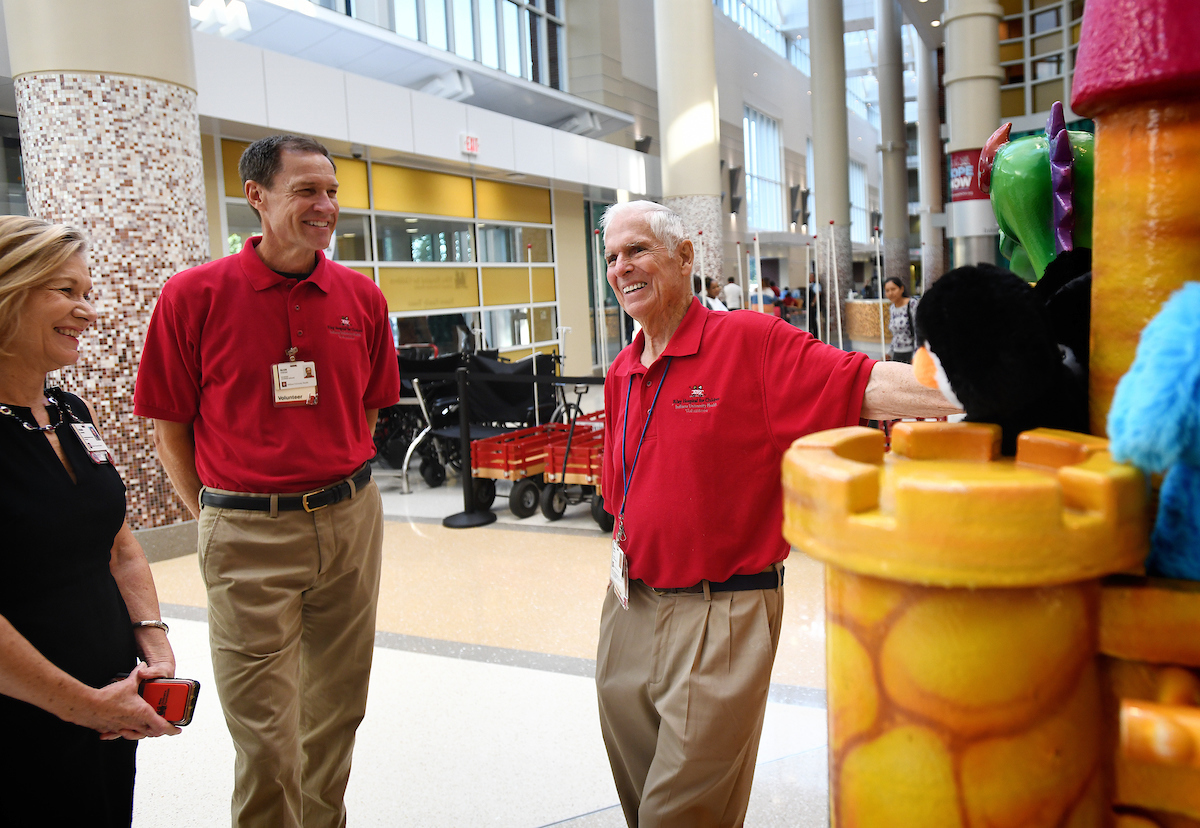 Stepping in to run the show is Glen Goedde, who has learned the ropes of the Magic Castle Cart program as a volunteer for the past two years. Before that, he volunteered in the Child Life Zone, and he continues to lead orientation classes for new volunteers.

“Bob has left us in a great spot,” Goedde said. “Great volunteers, great training … the whole mechanism kind of runs itself under his guidance.”

The Magic Castle program, which Baxter developed and launched 24 years ago in conjunction with the Downtown Kiwanis Club, is an institution at Riley Hospital, said Susan Schwarz, volunteer resources coordinator.

“Bob is leaving this signature program well-positioned for the future and will continue to push the cart on Tuesday evenings, handing out oversized sunglasses and rubber snakes, and sharing jokes as he has for so many wonderful years,” she said.

“Ninety-eight percent of the cart’s magic is Bob and his entertainment of kids. He is the very best.”

The Magic Castle Cart almost started as a Magic Circus Cart, Baxter said. As he and a couple other Kiwanis members mulled over the idea, they came up with two renderings – one a castle and one a circus.

“We couldn’t decide which one, so we put it up on closed-circuit TV at Riley and let the kids vote,” he said. “The castle won, so we built two. One was supported by Riley Children’s Foundation and one was supported by the Downtown Kiwanis club.” 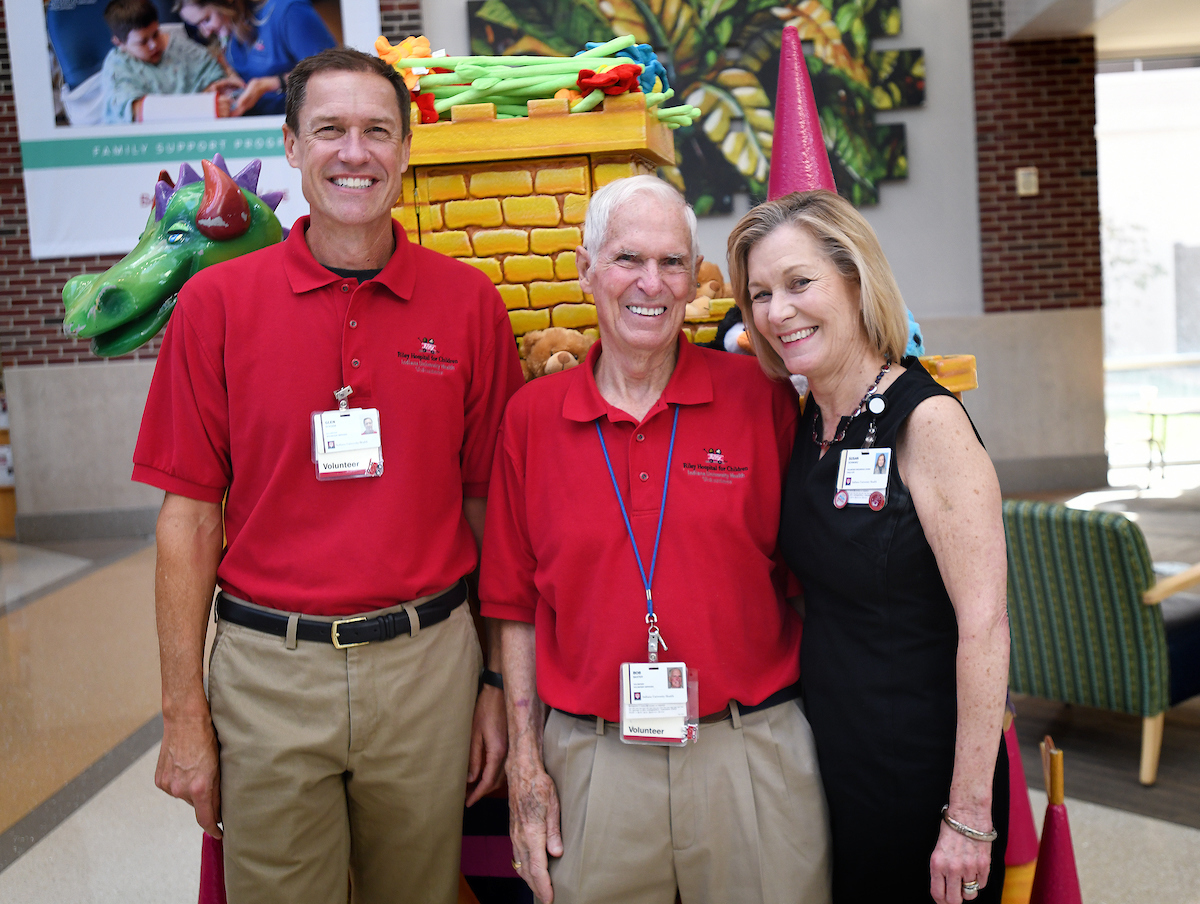 What started out as a simple idea to bring joy to sick kids and their families has blossomed into a bustling program staffed four nights a week, with two people assigned to each cart.

“It’s been here so long it’s really part of Riley Hospital,” Goedde said. “It’s hard to imagine how many children and parents Bob has brought a smile to.”

Baxter, who will be 89 in March, has earned the right to slow down. He will mark 50 years on the Riley Children’s Foundation board next year and has given his heart and soul to the hospital through the Magic Castle Cart.

He’s not quite ready to step away completely, but he knows his “baby” is in good hands.

“The Riley kids own this cart.”