Little Miyah shows off her strong and sassy spirit

After a rocky start in life, this almost 2-year-old has found her legs, her voice and her independence.

Miyah Cerridwin Cunningham is a flat-out miracle to her parents. The tiny girl with the big name came into the world three months early, spent five months in the hospital and underwent open-heart surgery when she was 1. 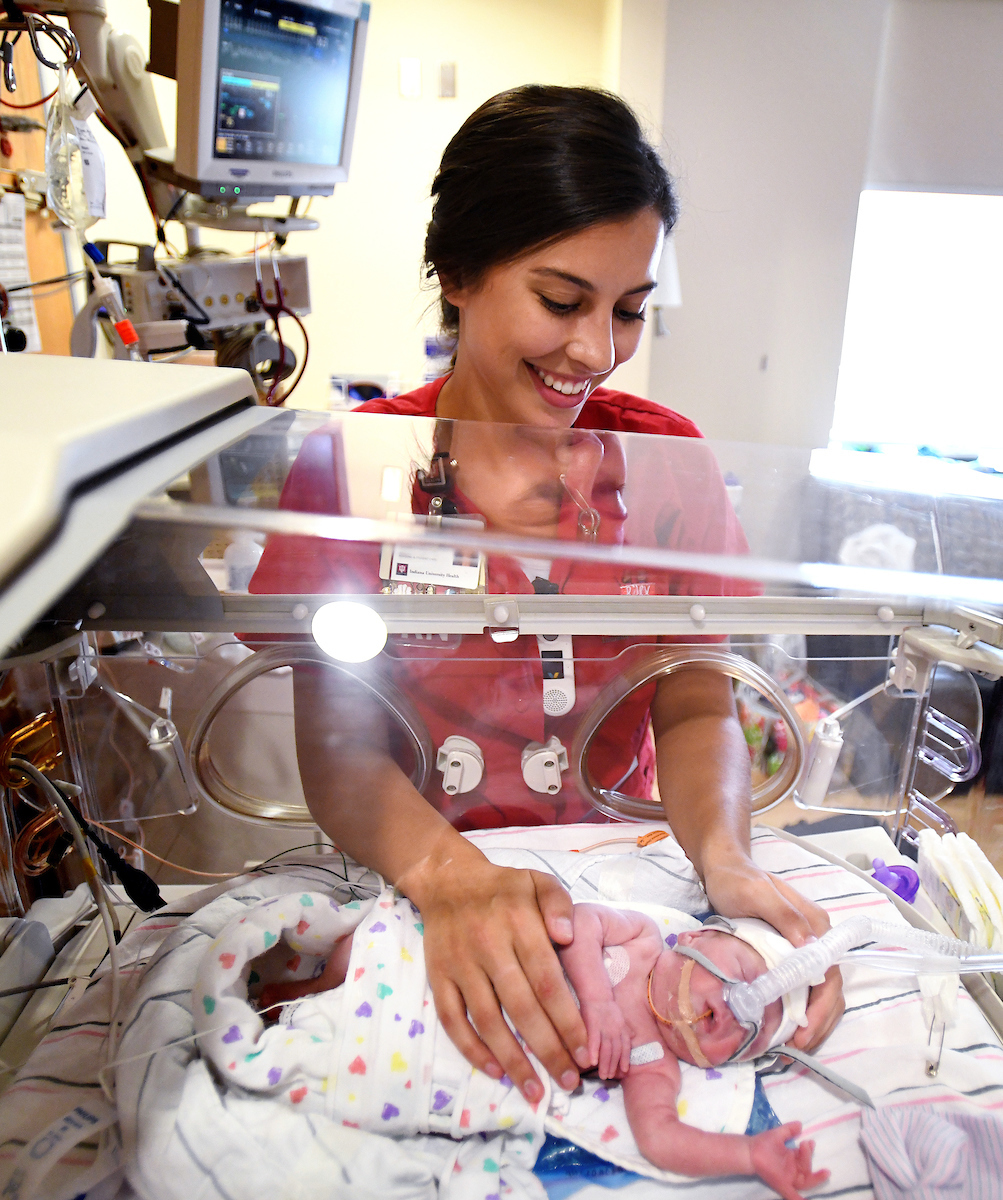 To see her now you wouldn’t suspect any of that as she races around a small play area in the Riley Hospital for Children Outpatient Center. Miyah, who will be 2 in May, is a curious, active, independent child who has been one step ahead of her doctors, nurses and parents almost since the day she was born.

Miranda and Anthony Cunningham returned to Riley from their South Bend home earlier this month for a follow-up appointment with Miyah’s pulmonologist, Dr. Gregory Montgomery. It’s not the first time they’ve been back, but it’s always a little emotional for Miranda, who can’t forget the roller coaster of emotions she felt during her daughter’s lengthy stay at Riley in 2018.

“It’s 50-50,” said Miranda, wiping away tears as she watched Miyah flip through a children’s book. “We’re really happy and grateful for everything Riley’s done, but there’s also still a lot of stress behind those memories.”

Miyah was delivered via C-section at 27 weeks in South Bend when doctors there became worried about Miranda’s blood pressure and the baby’s heart rate. She weighed 1 pound, 10 ounces at birth.

All Miranda remembers thinking and telling her husband right before the surgery is, “We’re not ready.” She had already suffered five miscarriages and feared she would lose this baby as well.

But Miyah has been full of surprises since the beginning.

“She did amazing at first,” Miranda said. “She cried, she was breathing on her own, and she opened her eyes.”

But the preemie suffered a ruptured bowel and had to be rushed to Riley when she was just 14 hours old. There she would remain for the next five months.

During that time, Miranda worked closely with Riley music therapist Lauren Servos and former art therapist Cassie Dobbs to channel her emotions into works of music and art. 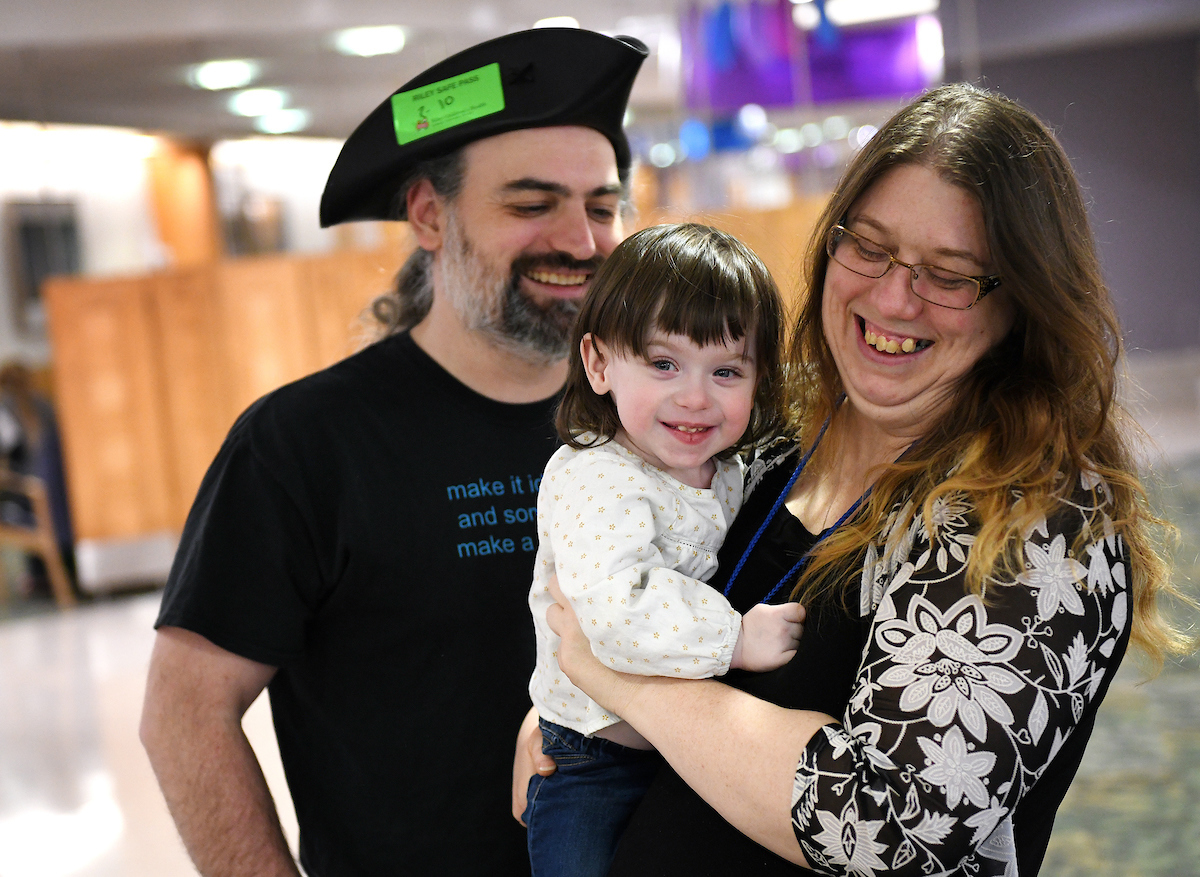 It was a healing time for mom and baby.

Yet even in the NICU, Miranda and Anthony said their daughter already was displaying flashes of a feisty personality.

“She would pick on her nurses and give them a hard time,” Miranda said. “When you realized it, she’d grin at you. She’s really come a long way since we first got here. I remember watching her heartbeat drop to zero over and over again and wondering what’s going to happen.”

Miyah went home in October of 2018, but it wasn’t until the following May – around her first birthday – that she really became active. That’s because Riley’s Dr. John Brown performed open-heart surgery to close a hole in her heart. The change was immediate. 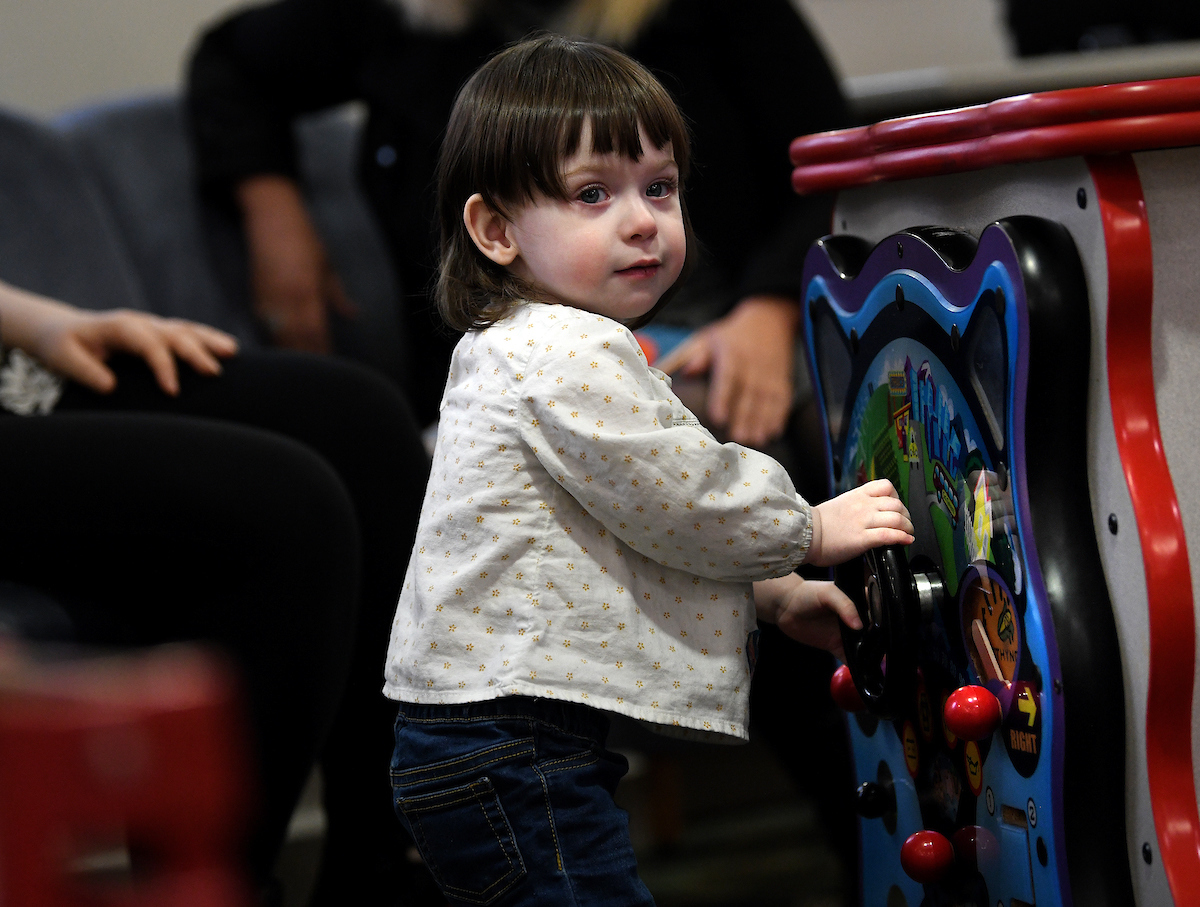 “She went from a baby who was docile, who tired easily, to me just trying to keep up with her. It was nice to see her suddenly have so much energy,” her mom said.

While Miranda may have experienced more highs and lows during Miyah’s hospitalization, Anthony tried to maintain a positive outlook.

“I went with the philosophy that there may be hard times, but everything will turn out fine,” he said.

He watched in the NICU as his daughter repeatedly tried to pull off her oxygen mask and how sometimes she even held her breath to get what she wanted. He knew she had a strong spirit.

“When she decides this is what I’m going to do, that’s what she does. She wants things her way,” he said.

She even picks out her own clothes, her mom said, calling her “a little fashionista.”

Miyah, who loves to watch and imitate “The Singing Walrus” on YouTube, will continue to be followed by Riley’s pulmonology and cardiology teams, but developmentally she appears to be doing well.

“She outsmarts us all the time,” Miranda said.