Lillian’s Heart Beats Because of Logan

Beneath the tiniest t-shirt beats the heart of a 13-month-old Missouri girl named Lillian Wilson. On August 24, 2017 Lafayette residents Drew and Lisa Vanderkleed held their two-year-old son Logan for the last time. Days earlier Logan was admitted to Riley Hospital following a tragic accident. His air supply had been cut off when he rallied from his nap inside an air-conditioned vehicle and managed to push the automatic switch to roll down the car’s window. His neck became caught in the window. 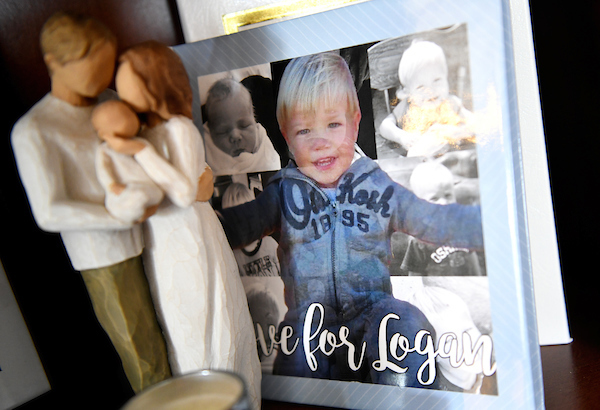 The Vanderkleeds didn’t know it at the time but more than 300 miles away the Wilson family was fighting their own battle with their second child Lillian who was born with a heart defect. Sarah Wilson was 26 weeks pregnant when she and her husband Jeramy learned of Lillian’s heart complications. Lillian was born May 31, 2017. Seven months later – on December 27 – during open-heart surgery, she received part of Logan’s donated heart tissue used to make a conduit connecting her pulmonary artery to her right ventricle. The life-saving procedure led to a friendship between the Wilsons and the Vanderkleeds. 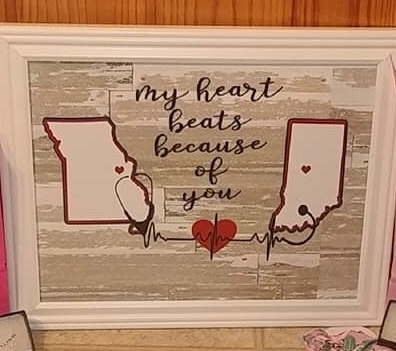 It started with a letter, then to a Facebook connection and then grew to phone calls – sometimes daily. Recently, the Wilson’s traveled from their home in De Soto, Mo. - about 45 miles south of St. Louis – to meet the Vanderkleeds. Pictures show Lisa and Drew Vanderkleed and their daughter Kendra holding 13-month-old Lillian, Kendra playing in a pool with Lillian’s 3-year-old sister Preslee, and the two families visiting Logan’s grave. They attended church together and visited some of Logan’s favorite places including the zoo and the Pink Walrus ice cream shop. Among the gifts the families exchanged is a framed picture of the state of Indiana and the state of Missouri connected by a heartbeat. It reads: “My heart beats because of you.”

Sarah Wilson knows the decision to become a donor family was not easy for the grieving Vanderkleeds.

“It was an emotional weekend,” she said “Meeting the Vanderkleeds was amazing and so rewarding. What do you say to someone who gave you the gift of life? I just hope it brought them some peace. I know this is just the beginning of our friendship.”