Dallas Brankle was in high school when she was rushed to Riley Hospital for Children, suffering from end stage kidney failure. After a transplant, getting healthy and, later, some intense contemplation, she decided to try to become a mom.

Mavis Marieann is darling. One of those babies people see and can’t help but smile.

Her bright brown eyes and shiny caramel-colored hair. Those little teeth that have poked through. Her ornery laugh.

Dallas Brankle looks at her 17-month-old daughter and sees that darling girl.

She also sees much more.

Brankle sees a happy ending to a life that, for quite some time, was almost unbearable. She can finally believe that she made it through the darkness.

“God gave me all these obstacles,” says Brankle, now 23. “He wouldn’t have given them to me if I wasn’t able to handle it.”

Brankle spent years in foster care and -- not long after finally being adopted -- she was diagnosed with end stage kidney failure in high school. 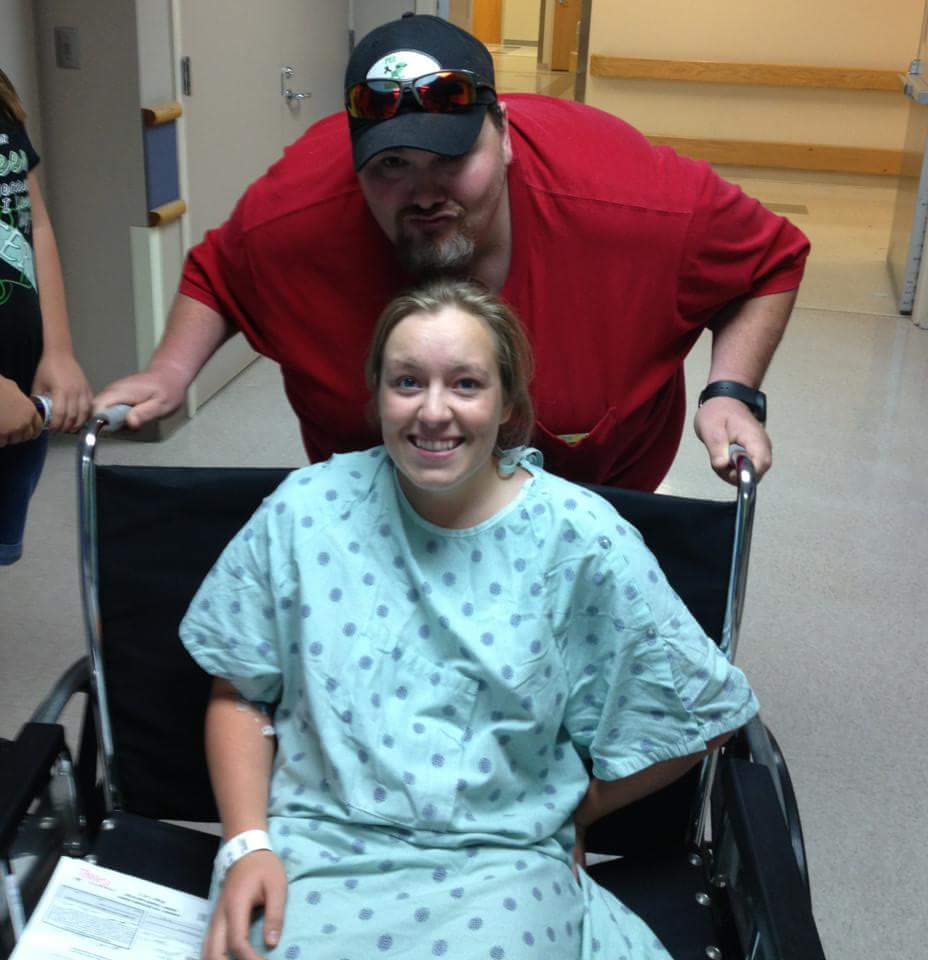 She spent her teenage nights doing dialysis at home, missing out on parties and games and being that stellar softball player she had always been.

And then, after a kidney transplant, the summer before her senior year, Brankle was on the road to health.

But doctors warned of the complications and risks of having a baby.

Yet, Brankle could never let go of that urge to be a mom.

After all, she knew she would be a wonderful mom. She knew just what a child needed.

She was bounced from home to home in foster care as a girl. Brankle went through rough times, the things of nightmares. She remembers dreaming of having a real family who would care about her.

And then, just before her freshman year of high school, the couple she’d been living with for almost a year adopted her.

She headed off to East Noble High School in Kendallville, Ind., happy – finally. She played softball, second base and right field. She made friends. She felt secure; she had a family to come home to.

And then, just as her freshman year was wrapping up, Brankle started getting terrible headaches.

She assumed Brankle might need glasses. But when the day of that appointment came, the doctor couldn’t get Brankle’s eyes to focus – not even a little.

They took Brankle’s blood pressure and it was off the charts – stroke level.

After a trip to the pediatrician and then to the hospital, Brankle received the devastating diagnosis. She had end stage kidney failure. 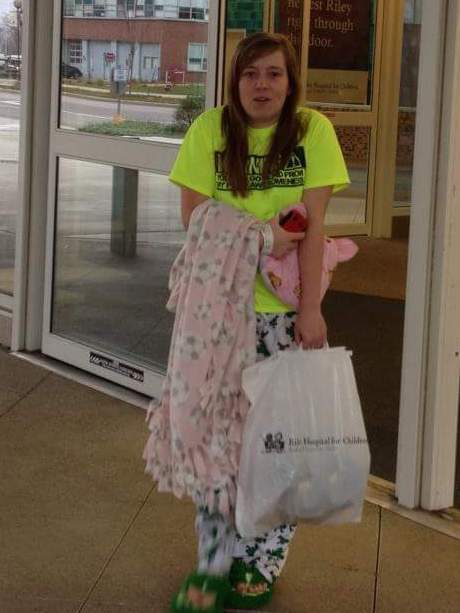 There were blood pressure medicines and attempts to manage her disease. But things progressively became worse.

Brankle remembers the time the doctor looked at her with a stern warning: “It’s not a matter of what is going to happen, it’s a matter of when. You’re going to have to have a transplant or dialysis.”

By the time Brankle was a sophomore – the Sunday after Thanksgiving, she became even sicker. They flew her to Riley Hospital for Children at IU Health, where she was put on dialysis.

Even then, the seriousness of her health didn’t quite register.

“I’m just sick,” Brankle recalls thinking. “I feel like because the whole foster care stuff was so hard, this was nothing.”

Of course, it was scary. Her body was shutting down.

For much of her junior year, Brankle was on dialysis eight hours every night. It exhausted her and limited her activities.

“It was a rough, rough junior year,” she says. In an art class, Brankle was asked to draw a self-portrait. She loved art.

She drew herself in a hospital mask, dark and light contrasting one another. She framed it and gave it to Suzie Hedrick, a nurse and shift coordinator in Riley’s dialysis unit.

“This drawing just touched me,” says Hedrick who, to this day, has Brankle’s portrait hanging at the front of her office. “She was such a special girl.” 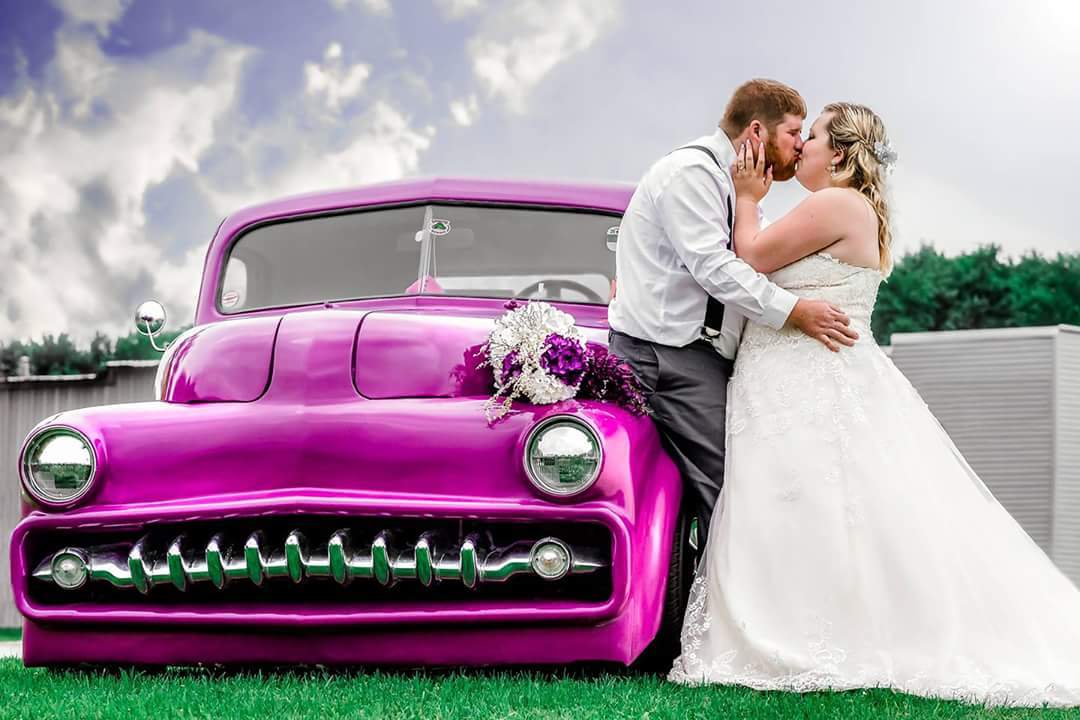 The summer before her senior year, Brankle got a new kidney. It was a wonderful gift, a fresh start.

Yet, she remembers doctors telling her she probably wouldn’t have children.

It was risky to have a baby after transplant, due to her own body rejecting the new organ and due to drugs that could cause birth defects and low birth weights in babies. 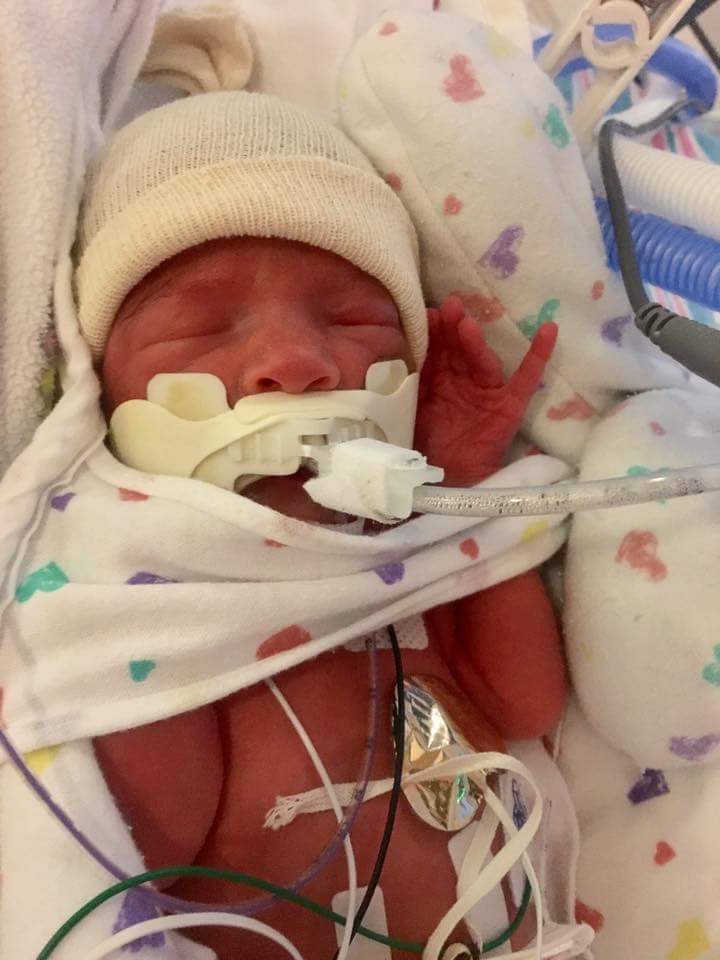 Yet, Brankle was adamant. She wanted to be a mom. Her fiancé, now husband, Aspen Brankle was behind her decision.

After adjusting medications and making sure her body didn’t go into rejection, Brankle received the go ahead from her doctors.

She stayed in the neonatal intensive care unit for a month – before coming home to a mom and dad who would dote on her every day.

“Mavis is pretty special. Sometimes, it’s hard to believe everything I went through,” says Brankle. “But I do feel like it made me stronger.”

Hugs and kisses from Ky