Leukemia could have killed her; instead it made her stronger

This Riley nurse was once a patient on the very unit where she now saves other kids.

She was just a teenager, with no clue what her future would look like. No clue that she would one day be on the other side of the hospital bed caring for kids just like her.

But for the now-31-year-old nurse on the hematology-oncology floor at Riley Hospital for Children, it was all meant to be. 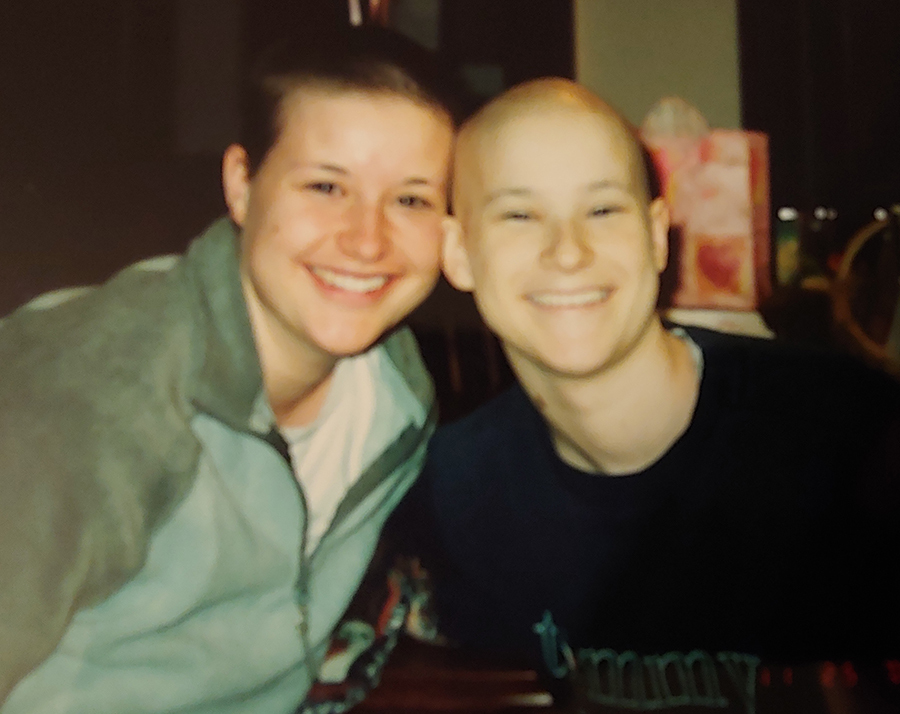 A “blessing in disguise” is what she calls it. “I had to go through this for a reason.”

Moll, who lived in Fort Wayne at the time, was treated for AML at Riley for several months. Her life was saved by a bone marrow transplant from her older sister, though she did experience a mild setback from graft-versus-host disease, a potentially deadly complication in which donor cells attack healthy tissue and organs.

The teen would go on to recover fully, and she and her twin sister graduated from high school together after her twin opted to repeat her sophomore year just to stay with her sister. 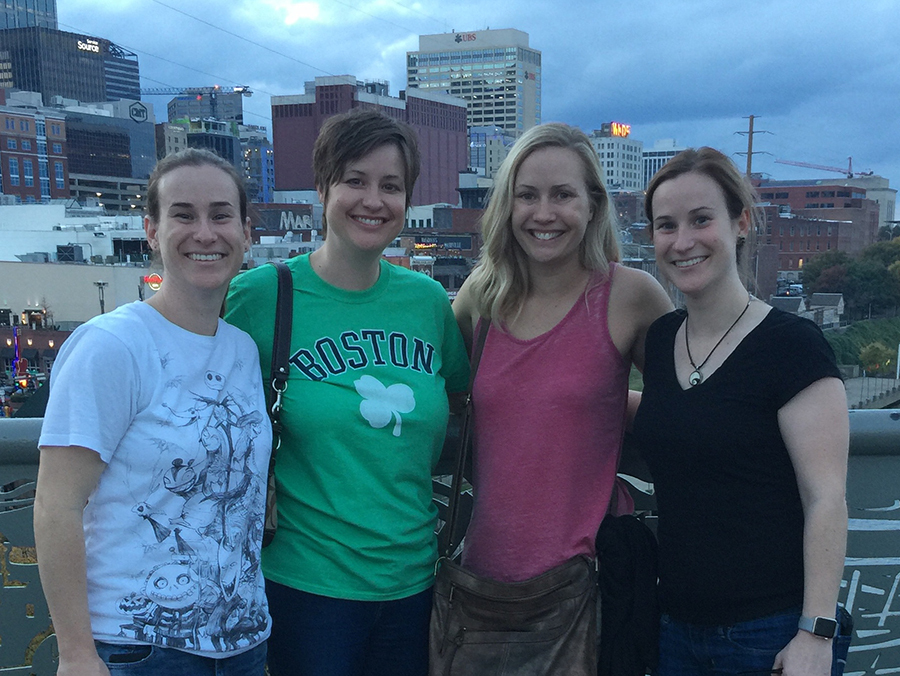 Jennifer Harker, a Riley nurse then and now, remembers Moll from her days as a patient on the unit. She stayed in her room a lot, not unusual because of the nausea and fatigue the chemo caused, Harker said.

“She was always sweet, and she had good family support, I remember that. Her mother (a nurse) was her biggest supporter and a wonderful advocate for her.”

In what now seems like destiny, the two reconnected when Moll was in nursing school and did a clinical rotation at Riley. They recognized each other, and Harker volunteered to be Moll’s preceptor for her capstone project at Riley and for her eventual orientation at Riley.

She was a special student, Harker said, and now an even better nurse.

“Stacy just has that passion. When she was looking for a job and talking to me about it, she said, ‘I don’t care if it takes me until I’m 90 years old, I will work here because this is where I’m meant to be.’ That stuck in my head,” Harker said. “That’s how you should be. You want something and you go get it.”

But it almost didn’t happen.

In high school, Moll had it in her mind that she wanted to be a dental hygienist. She did a job shadow while in school and found out otherwise.

“It hit me hard, this isn’t what I want to do. In that moment, I knew I wanted to go back to Riley and I wanted to be a nurse,” she said. “I had some very strong connections there and ironically some good times with the nurses while I was there. They kind of become a little piece of your family.”

For Moll, knowing what she wanted to do with her life when she was in college was empowering.

“I knew where I wanted to end up. It feels like such a calling. It’s more than job, it’s like a vocation.”

Harker, who has worked at Riley for going on 26 years, is dayshift coordinator on 5W, where Moll has worked as an RN for 10 years. 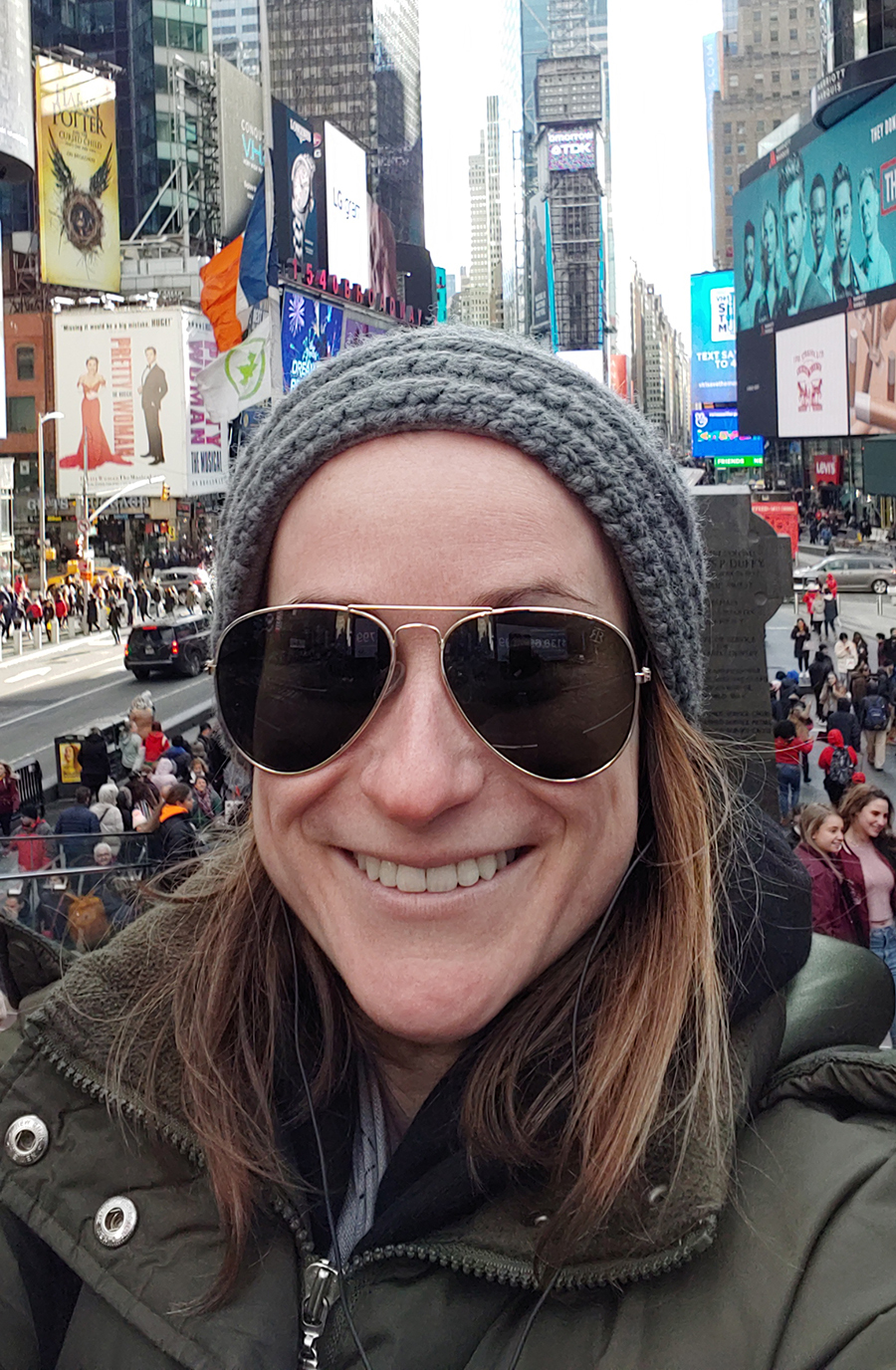 The nursing staff couldn’t have been more welcoming when Moll returned to join their ranks.

“It’s like a family up here,” Moll said. “And they were excited to see a former patient not only conquer her illness, but come back to join them in the fight. Most of us on the floor have had either a family member or themselves deal with cancer. Everyone sees that and wants to give back in their own way.”

Her experience as a patient helps her do just that. She can see herself in their questioning eyes at times, though she doesn’t share her personal story unless she thinks the time is right.

“I can’t say I get what they’re going through because everybody’s different, but a piece of me does get it more than other people,” she said. “I remember thinking, ‘How am I ever going to get through this?’ Being able to share those fears and experiences, I hope it is helpful for them. I know it was for me and my family when we would have people visit who were cancer survivors.”

Harker gets emotional when asked to describe what makes Moll a good nurse.

“AML is a pretty hard disease to treat, but we’ve come a long ways in the years,” she said. “They have to get these very high doses of chemo that make them so very sick. For them to see somebody who’s as far out as Stacy is who’s now come full circle and is giving back to these kids is just amazing. The bond she has with our patients and families is just neat to see.”

One of her strongest attributes is her advocacy for her patients, Harker said. She went on to share the memory of seeing Moll walk the halls with a teenage patient, laughing and joking.

“She was his best friend and always knew how to make him smile. She also was his biggest advocate and did her best to make sure all of his needs or wishes were met.”

Her colleague gives patients something that not every nurse can give – hope, Harker said. “Hope that they too can live out their dreams and become an adult and do something they love to do.”