Nurse practitioner Jennifer Hamilton has treated Anna Yutzy for 12 years: “Watching her grow up has been one of the greatest gifts of my career.”

When Anna Yutzy smiles, it’s easy to forget just how much she’s been through. 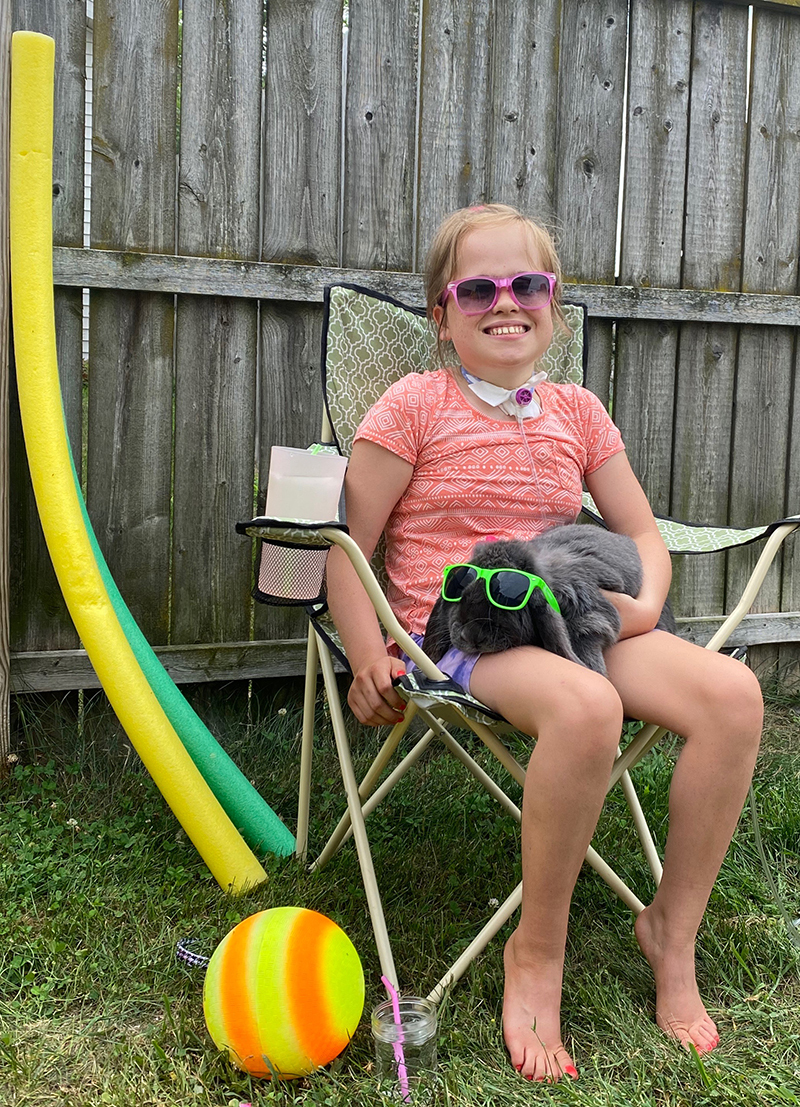 And the 12-year-old smiles a lot, especially when she talks about her favorite things – dance, music, her rabbits and home.

Anna has been a Riley kid all her life. Born at home in northern Indiana, it wasn’t long before first-time parents Michael and Alyssa Yutzy knew something was very wrong.

Anna was airlifted to Riley Hospital for Children and diagnosed with a diaphragmatic hernia, an abnormal opening in the diaphragm that allows organs from the belly to move into the chest cavity, restricting her ability to breathe.

She spent most of her first year at Riley. For the first three months, she was intubated, unable to cry or coo. Then her doctors put in a tracheostomy tube and a G-tube, but it took seven more months before she was ready to go home.

With the exception of a four-month period when she was 4, Anna has relied on the trach to breathe. She’s been diagnosed with chronic lung failure, but she has refused to let it interfere with her passion for living – and dancing.

When she went home the first time, Anna was on higher ventilator settings than any patient successfully discharged home up to that point, Hamilton said, and she continued to suffer frequent life-threatening setbacks. But her family was determined to give her a better quality of life. 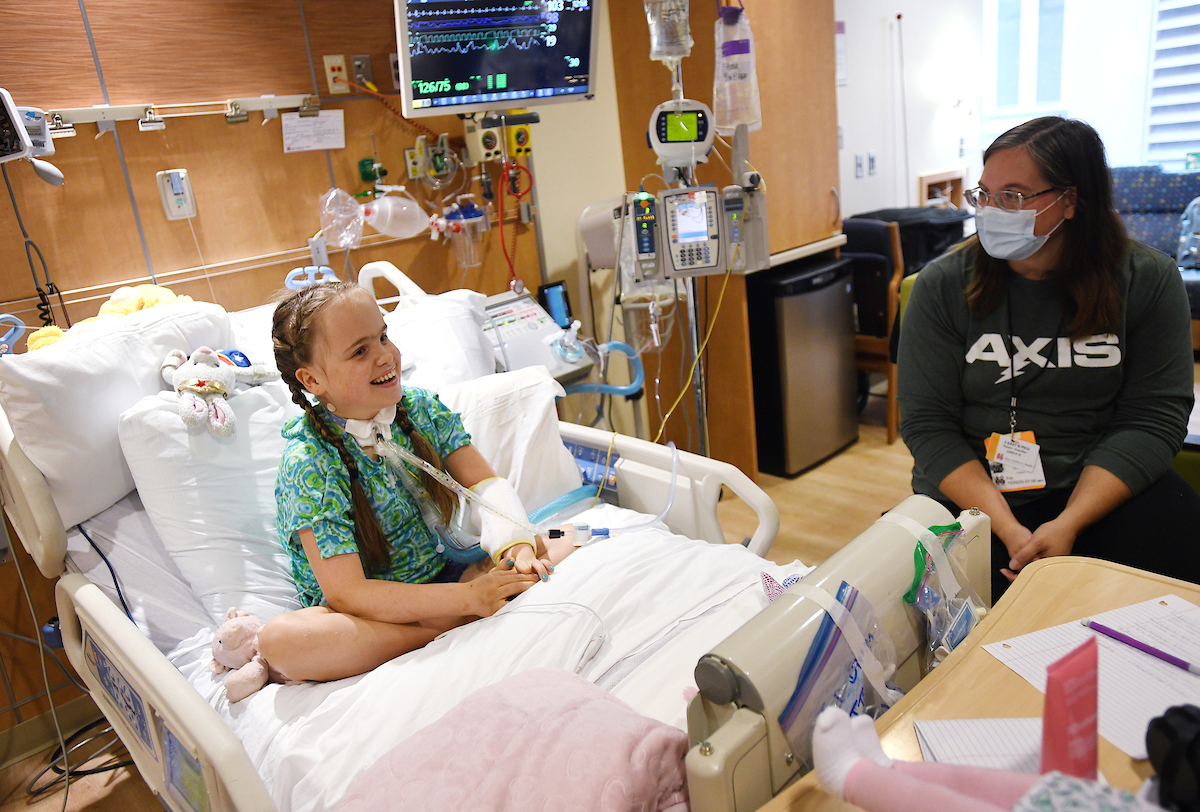 “Her parents have done an amazing job of caring for her and limiting her hospitalizations,” Hamilton said, though she has been back a number of times over the years with various complications of chronic ventilation as well as issues with her GI tract and the need for IV nutrition.

Still, her spirit has not wavered.

“Watching her grow up has been one of the greatest gifts of my career,” Hamilton said. “She is a smart, determined and joyful young woman. She is funny, stubborn and an amazing storyteller.”

Anna returned to Riley from her home in Middlebury, Indiana, just over two weeks ago with a collapsed lung. She was progressing well and had her heart set on getting back home in time for a dance festival last week, but her lung issues have intensified over the past few days, her mom said.

“We can do a lot of interventions at home, so when she gets bad enough to need to be down here it’s usually critical,” Alyssa Yutzy said.

And because she typically is transported via LifeLine, she gets to Riley before her parents. But going back to the PICU is like going back to see old friends again.

“We’ve never been anywhere but PICU, so it’s like family,” Alyssa said. “We know pretty much everyone here, and she comes in and she’s usually completely spoiled by the time I get here. She is usually set up with all of her blankets and a movie and crafts.”

Spending so much time in the hospital over the past dozen years has surely taken its toll, but it’s also given Anna a steely resolve to go on living and to go on dancing.

When we met last week, she was finishing homework in her hospital room with her mom by her side. Nearby was a new doll she named Elizabeth, who was wearing a hospital gown, an ID bracelet and a smile. 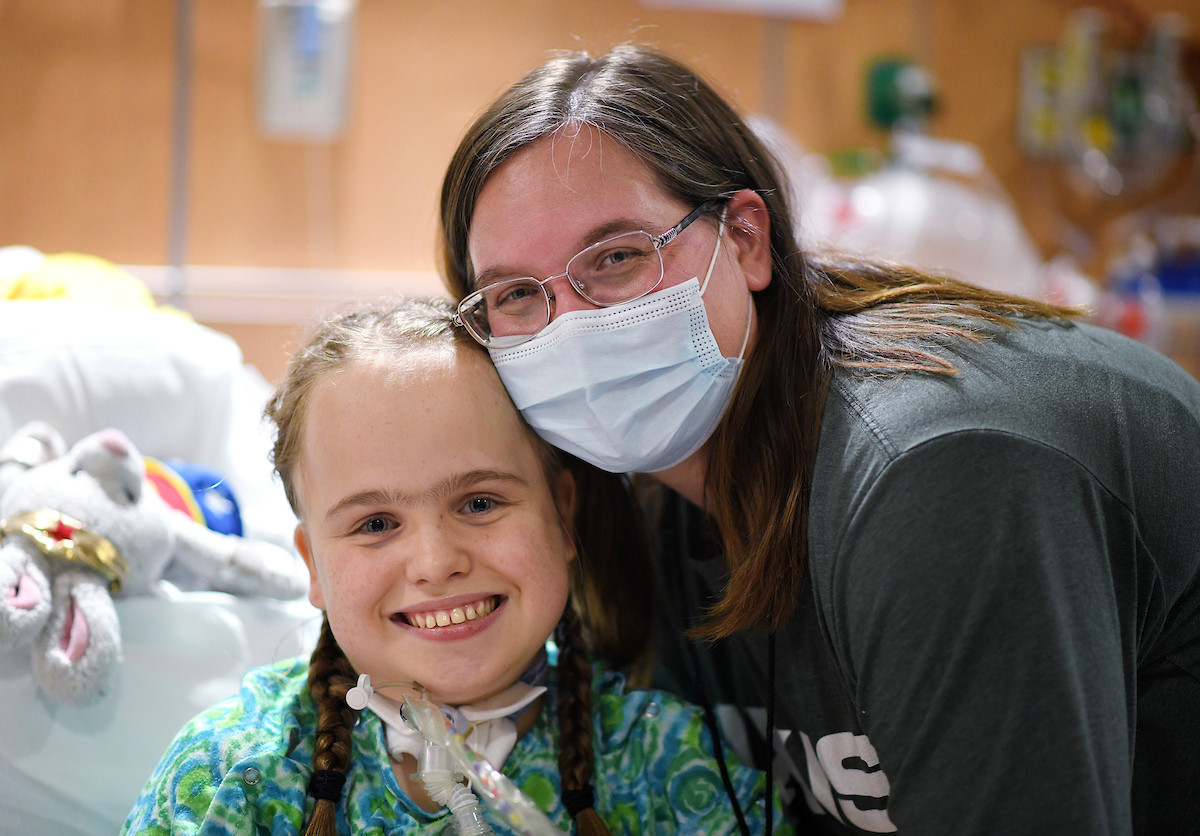 “Just like me,” said a smiling Anna, whose long hair had been twisted into delicate French braids by her mom.

A sixth-grader, Anna is trying to keep up with her studies despite being in the hospital. Her parents were warned when she was a baby not to expect her to reach certain milestones due to brain damage she suffered after birth.

“We’ve never allowed that to be an excuse for her,” Alyssa said. “She gets a little bit of intervention at school, but she is very bright. She was almost 3 before she walked, but now she dances.”

Anna uses a wheelchair frequently to conserve energy, but she loves to get up and dance. Last year, she did hip-hop and jazz, and this year, she’s performing to Broadway music. She is also joining the percussion team for band, and her goal is to participate in marching band. 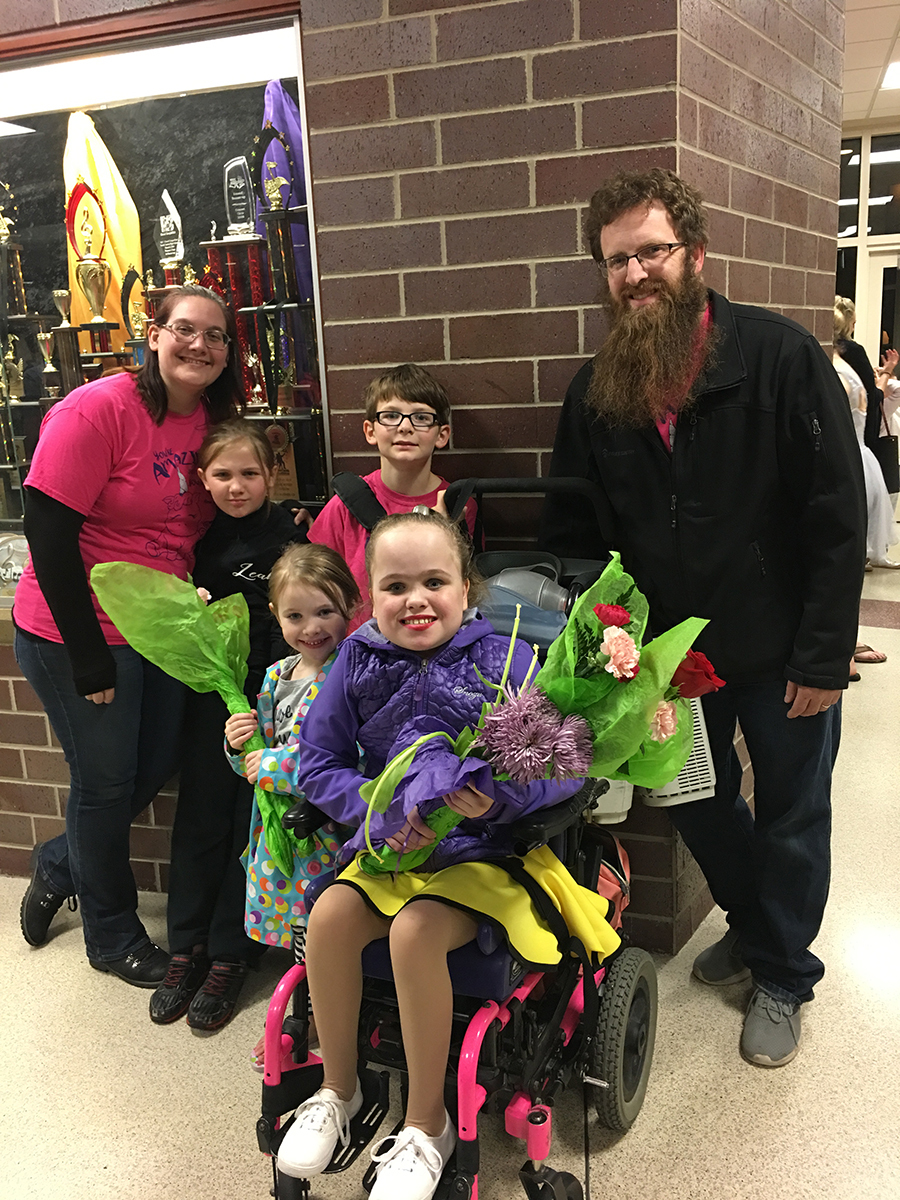 “She is super determined, and if you try to tell her she can’t do something, she will prove you wrong every single time,” Alyssa said. “She is very strong-willed, but also so sweet and so kind. If somebody is having a bad day, she will go out of her way to make it better.”

When Anna is having a bad day, her mom is right there to make it better – to hold her, comfort her and watch “The Greatest Showman” with her – the latter at least once a day.

That’s been the drill for as long as they can remember. Alyssa stays by Anna’s side at Riley, while Michael holds down the fort at home three hours away, caring for Anna’s three younger siblings and a combined nine rabbits. Anna and two of her siblings raise rabbits for 4-H.

It’s no surprise that the Yutzys depend on strong support from family, friends and their faith.

“We have a really good support system down here and at home,” Alyssa said. “His parents and my family are amazing. His aunt will drive from St. Louis just to help us out. The other kids are well-adjusted to the fact that she is often down here and they are up there. They’ve never known anything different.”

Despite her recent setbacks and now the possibility of a double lung transplant down the road, Anna still has her sights set on home. She wants to hug her dad and her bunnies. Laugh with her brother and sisters. And she wants to dance again.

Hamilton, who has worked in the ICU for her entire career, said her young patient gives her the strength she needs to get through tough times herself.

“On my more challenging days,” she said, “I reflect on patients like Anna and am reminded that it is all very worth it to be a small part of such an amazing journey.”