Eighteen-year-old Lauren McGlaughlin inspired the Bold, Bald and Beautiful Project at Riley before her death to help young people face the physical and mental challenges of a devastating disease.

Cancer took a lot of things from Lauren McGlaughlin, but it could never take her joy.

She shared that joy and an abundance of love with everyone she met, so much so that when you left Lauren’s presence, you were better for the experience.

Lauren died Feb. 21 after a three-year battle with synovial sarcoma, a rare cancer that attacks the body’s soft tissue. She was 18. 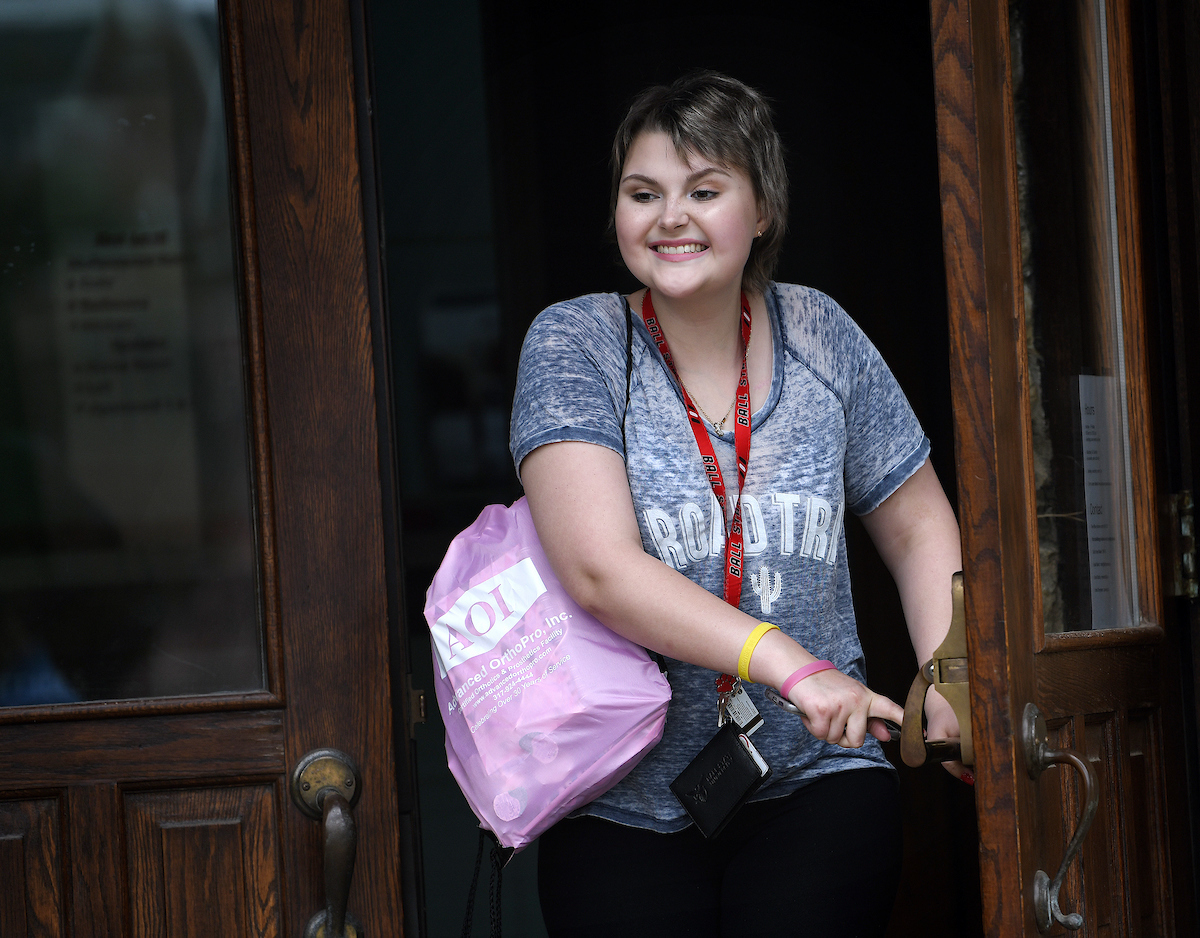 For three years, she endured an illness that would bring most people to their knees, but Lauren’s deep faith preceded her illness and never failed her, powering the Muncie teen through to the end.

Through the highs and lows, she led with love – a love for her family, her friends, her fellow patients and especially for God.

Cassie Dobbs, a behavioral health counselor and art therapist for Riley Bereavement Services: Hope in Healing, got to know Lauren early in her cancer journey when Dobbs was an art therapist at Riley Hospital for Children at IU Health.

“Lauren’s demeanor was extremely positive and uplifting,” Dobbs said. “She was just one of the sweetest, kindest souls you could ever encounter in life. I truly, deeply mean that. You would just walk into her room and feel better.”

The same was true of her family, including parents Calvin and Allyson McGlaughlin and three siblings.

“There wasn’t a stranger that walked into the McGlaughlin room,” Dobbs said. “Despite the hard days they faced, they treated you like family.”

It was during some of their chats that Dobbs discovered Lauren’s passion for hair and makeup – not unusual for a teenage girl, but something that took on even greater significance when Lauren began experiencing the effects of chemotherapy.

In a video she created at Riley, Lauren describes in her own words how hard it was to come to grips with her changing appearance.

“I’M GOING TO LOSE MY HAIR”

When doctors told the then-15-year-old that she had a football-sized tumor at the base of her spine and she would need chemo and possibly radiation, “the first thing I thought was I’m going to lose my hair.”

Before that could happen, she dyed it fire-engine red.

“Changing your hairstyle allows you to become OK with changing your look and realizing that you’re still the same person inside,” she says in the video.

“She brought a light to the oncology unit and touched everyone in a positive way,” Henson said. “Through all the years I knew her, her personality remained sweet and kind and caring, even on the days she didn’t feel great. I think that showed her true character.” 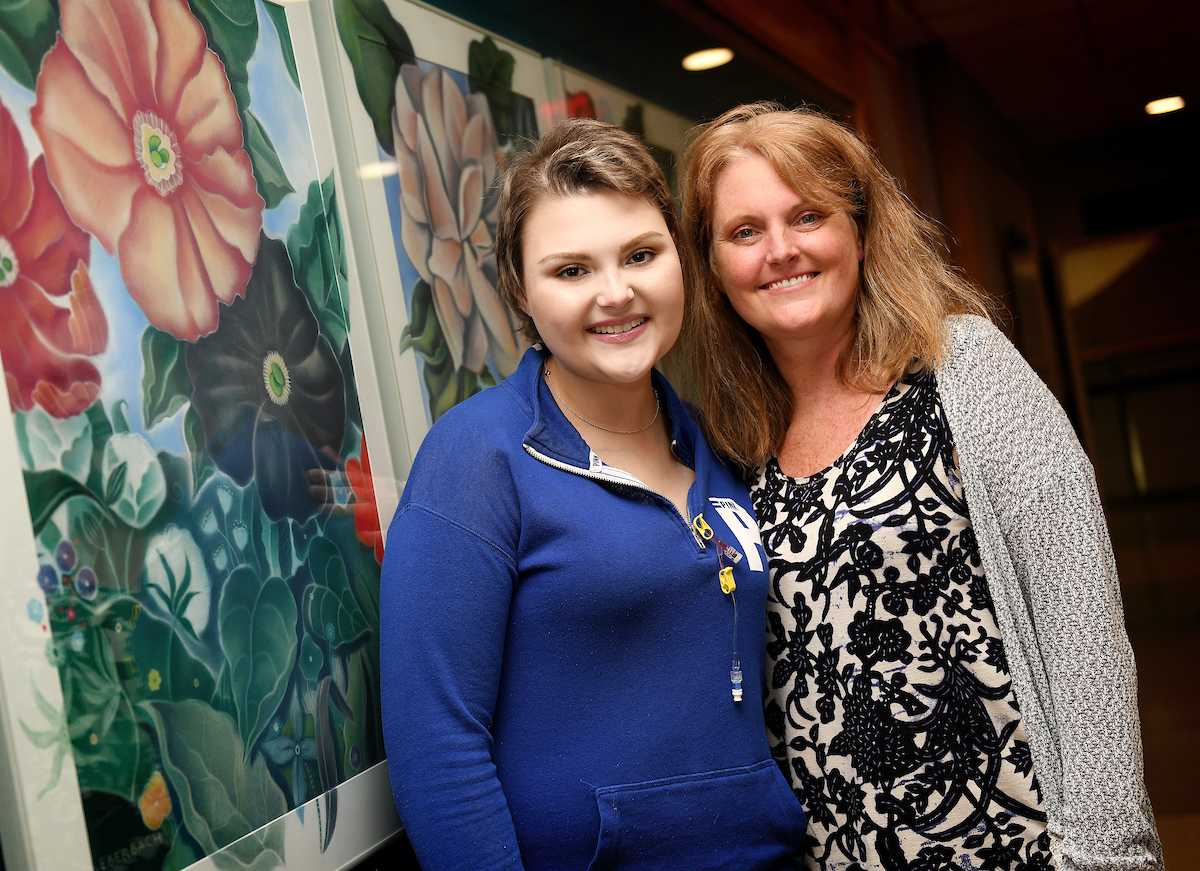 Yet she was also “tough as nails,” her mom said about her daughter in an interview last summer. “Incredibly brave and strong.”

Part of Lauren’s self-care while in treatment was to experiment with different hairstyles, makeup and facial masks to express herself and regain some control over the way she looked, Dobbs said.

With help from Dobbs, music therapist Caitlin Krater and others, she developed a plan to bring a licensed cosmetologist onto the oncology unit at Riley to help teens and young adults with haircuts and makeup tips. They approached Women for Riley, a philanthropic group within Riley Children’s Foundation, who agreed to support a part-time position at Riley.

In her last days on Earth, Lauren’s mom got word from Krater that Riley had hired someone for the position. When Allyson McGlaughlin told her daughter, she said Lauren cried with joy.

It was no surprise at her funeral then that friends brought in mountains of makeup, scarves and hats in lieu of flowers. Lauren wanted it that way. This is to be her legacy.

When she saw the massive amounts of beauty products at the service, Krater was overwhelmed. It had all started with a few conversations with Lauren about makeup and how it could actually help in the treatment process.

“Cassie and I decided to write a grant. We didn’t know what we were doing, but to see the ripple effect … I think it will take me awhile to unpack how one little thing you do can have such an impact on peoples’ lives,” Krater said. “Lauren left this life knowing that this legacy would continue and for me, that’s so cool.”

Henson is eager to see Lauren’s legacy empower other young people going through cancer as they come to grips with physical changes.

While she and other team members can support these patients emotionally and physically, they are not trained to cut hair or to teach a teenager how to draw on eyebrows.

Being able to provide a cosmetologist for the oncology unit to make that experience a little easier can help a young person cope in a small way with a life-altering illness, Dobbs said.

If it’s not clear yet, however, Lauren’s beauty went well beyond makeup. 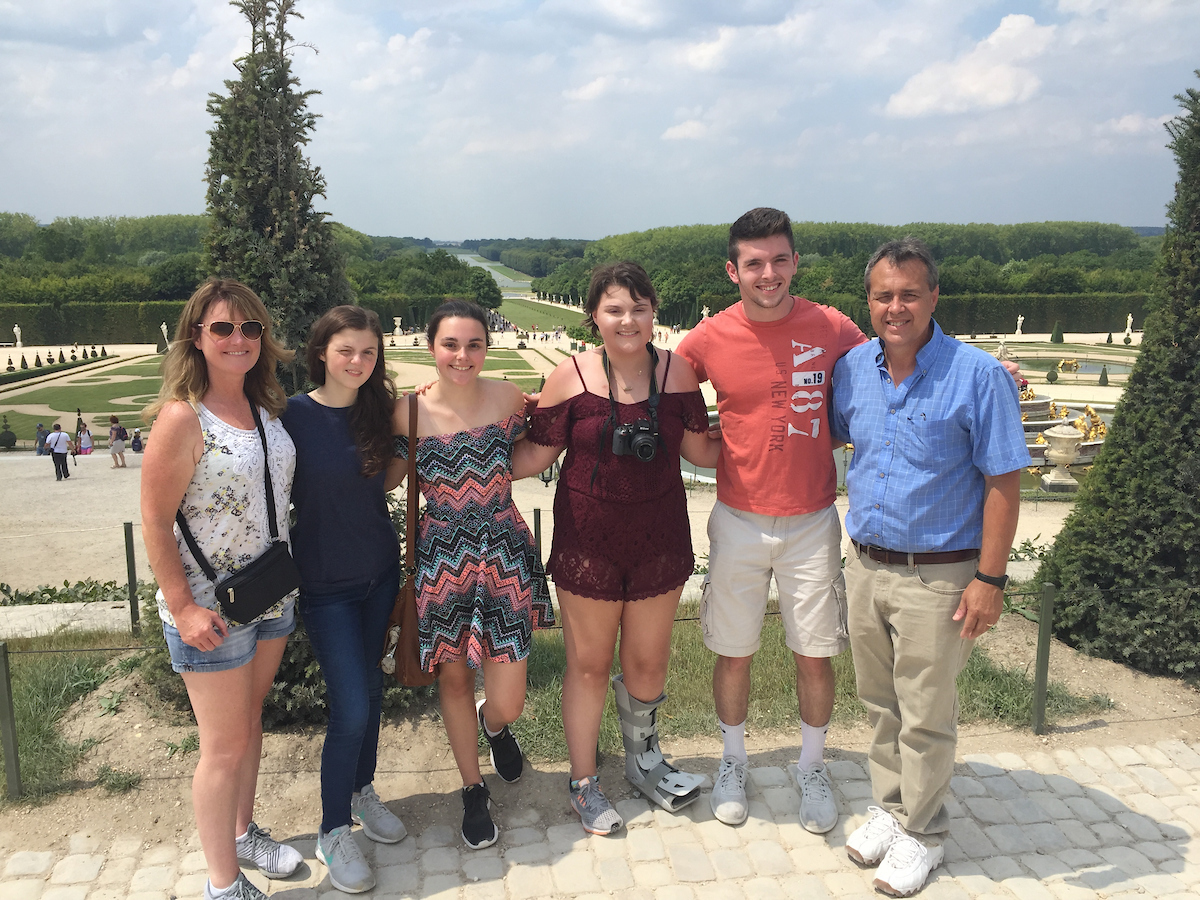 “Despite having this extremely rare cancer, the first thing she’d do when you walked in the room was smile,” Dobbs said. “She had her days that were hard, but even in those days I swear she found something to share that was positive or hopeful.”

That was no doubt due to the “generational love” she experienced in her family, Krater said.

Lauren recorded a video message that played at her funeral, and she made sure that everyone she loved received copies.

“She had a very strong faith and felt she knew what was next for her, and she wanted all of her friends and family to know that she is going to see them again,” Krater said.

The Bold, Bald and Beautiful Project is Lauren’s legacy, but for those who knew her, it’s about so much more.

“If there’s anything that Lauren and her family taught us as clinicians it was to approach everyone with open, kind arms,” Dobbs said. “It’s just a reminder that’s why you do this – you are family to these patients and their families.”

Lauren was focused on making everyone else’s life better even though she was the one going through the worst experience, Dobbs said.

But her faith sustained her through it all, apparent in these words she once told her mom:

“I just want people to remember that I loved God and that his light shined through me.”

Teen lives with grace in the face of cancer - She graduated high school early and starts college next month, even while her disease threatens to steal her future.