‘Kylee became part of our family’

She inspired tremendous hope as Riley’s first CAR T patient, and her death last month has left heartbreak, but the new therapy continues to be promising for leukemia patients.

She was hailed as “a shining example of grit, determination and positivity” by her high school principal. “Incredibly resilient and kind” by her doctor. And “the definition of bravery” by her aunt.

Kylee Sweat was all of these things, despite a life of challenges that included a nearly seven-year battle with acute lymphoblastic leukemia.

They thought she’d beaten it. It seemed that the blood cancer that had ravaged her body since she was 12 years old was gone, thanks to a revolutionary new treatment. 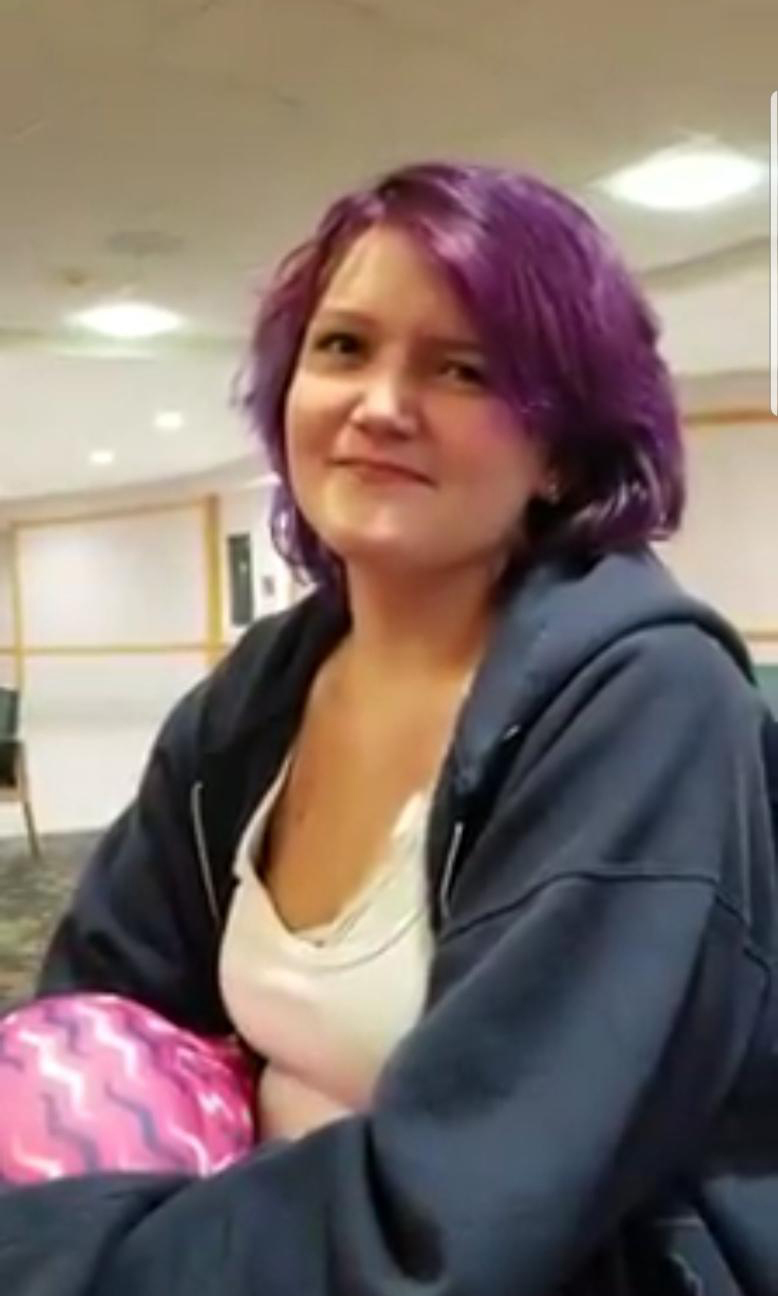 Last fall, Kylee was the first pediatric recipient of CAR T-cell therapy in Indiana. CAR T works by removing a patient’s own T-cells and programming them to attack cancer cells once they are infused back into the body. It’s a one-time infusion, versus the traditional three-year chemotherapy regimen.

Despite promising results in the months after the therapy at Riley Hospital for Children at IU Health, Kylee relapsed and died Feb. 26. She was 18.

“It took us all by surprise,” said her aunt, Denice Loveless, with whom Kylee had lived for the past year in her Lafayette home. “She beat everything that was thrown her way, so we kind of developed the mindset that she’s going to beat this, too.”

And she almost did.

Kylee’s scans looked good after the treatment in October. There was no sign of leukemia in her spinal fluid. There was a tiny spot on her brain that had been there when she started CAR T, but it had shrunk markedly, said Dr. Jodi Skiles, director of pediatric stem cell transplant and cellular therapy at Riley.

At the time, they hoped it was residual scar tissue, but they kept an eye on it. Kylee did well until February, when she mentioned recurring headaches during a routine visit to Riley for platelets.

A CT scan revealed bleeding at the spot, but it wasn’t clear enough to identify the mass growing behind it. When her symptoms worsened, there was no choice but to do surgery.

“When we got in there, we found there was growth of the tumor by quite a lot.” Dr. Skiles said.

They removed about 80 percent of it and sent it for testing, which showed leukemia, but also something else. Kylee’s leukemia had “outsmarted” CAR T therapy.

“The way it works is it targets a marker on the leukemia cells called CD19,” Dr. Skiles explained. “Her leukemia stopped expressing CD19. Of patients that relapse, on average about a third do because their tumor gets smarter. That’s exactly what happened with Kylee. Even though the CAR T cells were still there and doing their job, there was a sub-population that had gotten smarter, and that’s what caused the failure of her therapy.”

While imaging showed there was no disease anywhere else in her body, two days of radiation on the brain mass were ultimately ineffective, and Kylee’s medical team – in concert with her and her family – opted to stop radiation and manage her symptoms to make her comfortable.

“We couldn’t keep up with its rapid growth at that point,” Loveless said. “It got so aggressive and mutated and took over fast, in the blink of an eye.”

Kylee would have turned 19 on March 24. Her family threw an early birthday party for her at Riley, “surrounding her with all the love and joy we could provide for her,” her aunt said. They even surprised her with a Baby Alive doll, something she’d wanted for a quite a while, even though Loveless teased her that she was too old for a baby doll. 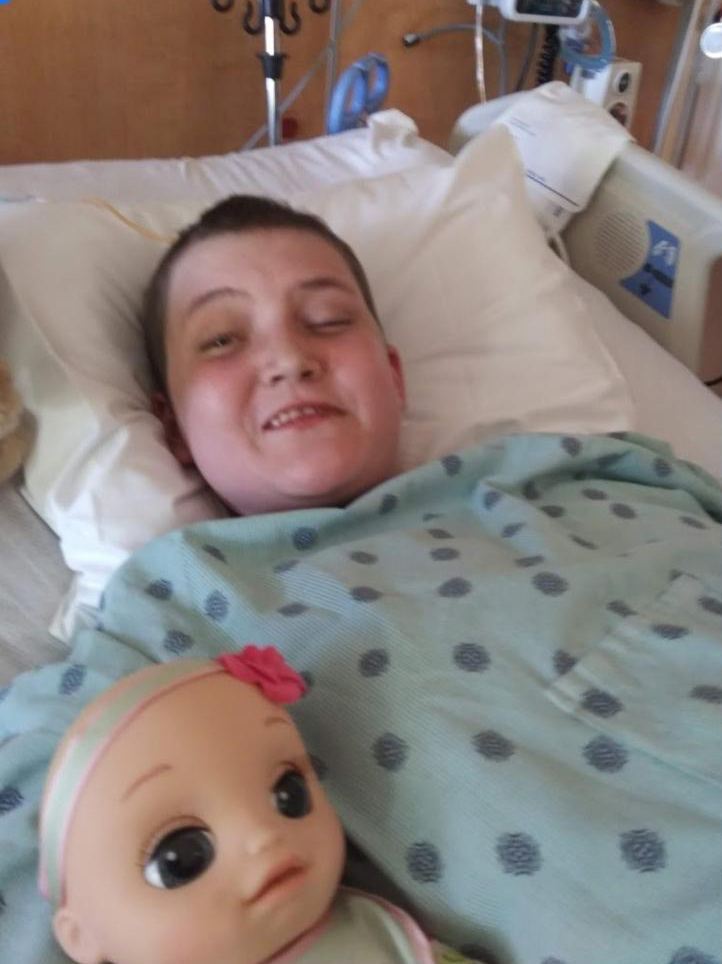 “The last two weeks of her life, she was very confused,” Loveless said. “There were brief moments where she knew what was happening, but the truth is, I didn’t want her to feel that pain of knowing.”

Kylee had always faced her disease with strength. In fact, in high school she received Oakland High School’s Mighty Oak Award for standing tall and pushing through trials, her principal said.

On graduation night last May, she accepted her diploma to thunderous applause while crossing the stage using a walker. Academics were important to her, and despite her long stays in the hospital, she graduated second in her class.

Kylee rose again to give a speech that night, in which she thanked her family – including parents Kevin Sweat and Jennifer Hicks, her aunt, her school and Riley, which became her second home for so long. She challenged her classmates to follow three guidelines in life: No. 1 – Always be kinder than you feel; No. 2 – The time to be awesome is now; and No. 3 – If plan A doesn’t work, there are 25 more letters in the alphabet.

As to No. 1, Kylee showed kindness throughout her life, those who knew her well said.

“No matter how much pain she was in, she had a genuine concern for everyone else and how they were feeling, even up to the last day,” said Loveless, who has spent the weeks since the funeral re-watching old videos of Kylee. “She was very supportive of everyone and their goals and wanted everyone to feel well.”

Dr. Skiles saw it, too. “That was classic for Kylee. There aren’t a lot of kids who’ve had the experience of feeling as bad for as long as Kylee did. She has been incredibly resilient her whole life. Even in her final days, she maintained her sense of humor and was determined even in the face of hard things.”

While the CAR T-therapy program is continuing – three more pediatric patients have received it since Kylee, in addition to several on the adult side – the teen’s passing has hit Dr. Skiles’ team at Riley hard.

“Kylee became part of our family, so it’s been really hard for our team,” she said. “We want the best for every patient, but when you have a new super-promising therapy that everybody’s really excited about, and when the outcome is not what your team is hopeful for, it does feel like a punch in the gut,” she said.

CAR T-cell therapy is so new that not a lot of data exists in terms of success rates. But about 80 percent of young patients who have previously not responded to traditional treatment or who have relapsed will be in in remission within six months, Dr. Skiles said, “which is unbelievable in itself because these are kids that have really awful disease.” One year out, the success rate is closer to 50 percent.

“Even the most promising therapies still have some failures, and while it’s a hard pill to swallow, I don’t think we are any less enthusiastic about the potential of it to be really effective therapy,” she said. 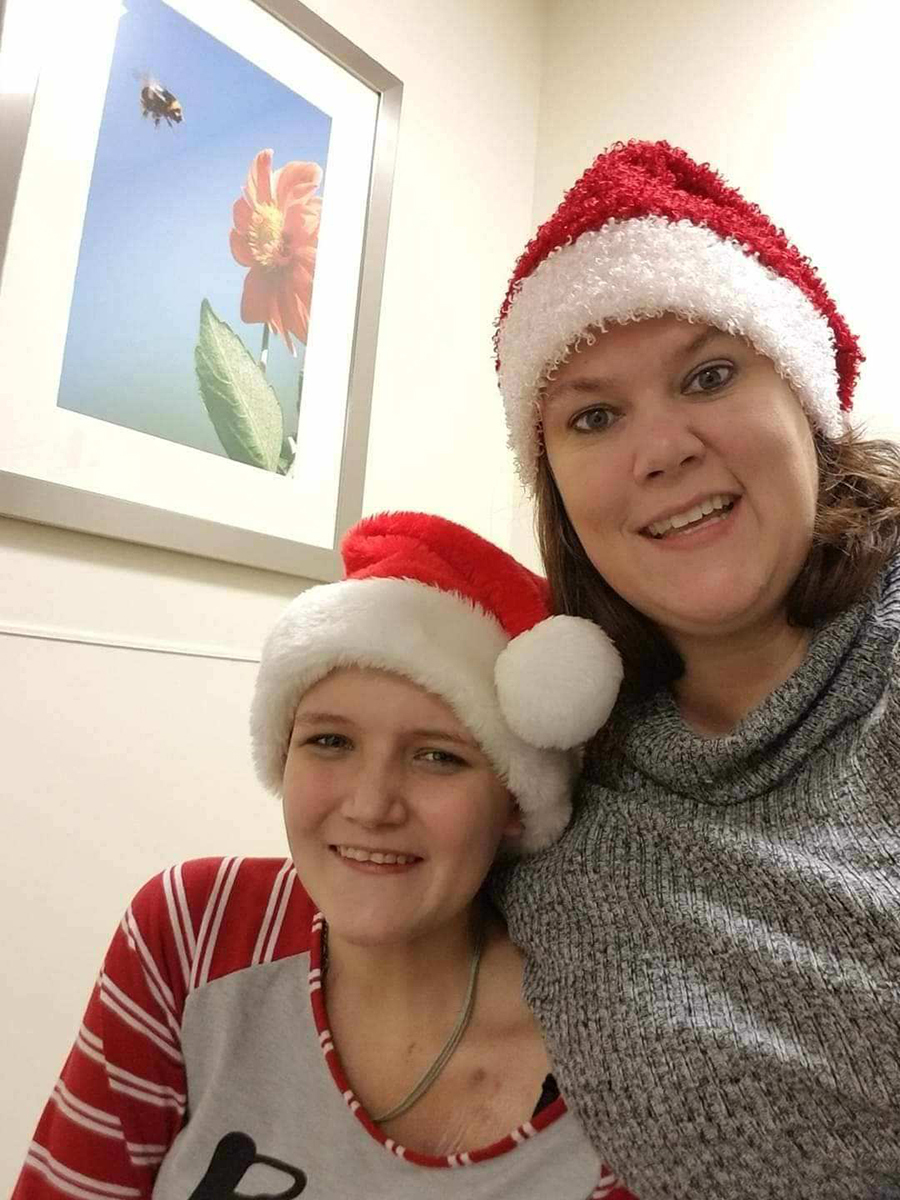 In what would be Kylee’s last Christmas celebration, she enjoyed shopping and making cookies with friends and family members. The little girl who grew up twirling around the house like a ballerina and making up songs “that had no rhythm or rhyme,” was an aspiring author, her aunt said.

She had begun writing her first book, inspired by Riley care team members, and now Loveless said she plans to finish Kylee’s work and get it published, with proceeds to benefit leukemia patients.

In life, Kylee advocated for cancer research and encouraged people to donate blood and plasma. She challenged people to make the best of their circumstances, and she inspired those around her to want to be better.

“I don’t know how to put into words the impact she’s had on me,” Loveless said. “She’s the strongest person I’ve ever met, and it didn’t take her telling the world what she’s been through for people to see that in her. People were drawn to her because they could see her strength.”