Chronic illness in a child takes a toll on the entire family, but staying in a “bubble” at home has meant no hospitalizations for an Indianapolis third-grader.

Eight-year-old Zarrien Tingey is used to spending weeks in the hospital every year.

As a child with cystic fibrosis, a hereditary disease that clogs up the lungs and digestive system, visits to Riley Hospital for Children to treat respiratory infections are a given.

But for the past year – the year of COVID-19 – Zarrien has not spent a single night in the hospital.

A disease that sparked so much anxiety in already anxious parents, COVID has been a bit of a blessing for one family, said Zarrien’s mom, Christine Wolfe-Tingey.

It didn’t start out that way, said the mother of three who lives in Indianapolis with her boys and husband, James.

“I was very freaked out at first,” she acknowledged. “I took him out of school two weeks before school went virtual.”

He’s been home ever since, along with his older brothers, all doing online school from the safety of their “bubble.”

The truth is, she said, “he’s never been healthier.”

Over his life, he’s had more than 25 hospitalizations, usually for up to two weeks at a time. Most were CF-related, though a couple were for asthma. On average he gets about six to eight antibiotics a year.

Zarrien’s last hospitalization was in February of 2020, and he has taken just one antibiotic in the past year – in August when he had a little bit of a cough.

“OUR PATIENTS LOCKED DOWN EARLY”

Dr. James Chmiel, chief of pediatric pulmonology, allergy and sleep medicine at Riley, said when he and his colleagues across the country initially saw the signs of a mysterious coronavirus racing across the globe, they were frightened for their patients.

“We were very worried initially,” he said. “During H1N1 (in 2009), a lot of CF patients were hospitalized, and a lot of patients across the country died. We haven’t seen that with COVID. In fact, we’ve had very few patients get infected. And not only did we not see a lot of COVID, we didn’t see a lot of RSV or influenza.”

He believes that’s due to pre-emptive precautions taken by parents and patients early last year. CF patients are already accustomed to social distancing and mask-wearing in public. COVID introduced the world to what they had already been practicing.

“These families are medically savvy and are used to isolating,” Dr. Chmiel said. “Our patients locked down early.”

The COVID infectivity rate is lower for CF patients than the general population, and the number of hospitalizations due to COVID in this population is lower as well, he said. That may be attributed in part to the fact that CF patients are generally younger (average life expectancy today for someone with the disease is mid-40s), but there might also be some biological reasons as yet undetermined. Research into COVID and its impact on CF patients is underway now.

Wolfe-Tingey said before the coronavirus that causes COVID-19 hit Central Indiana, Zarrien was going to school regularly. If he was in a class with a child who was sniffling or coughing, he knew he could ask to be moved away from that person. When flu season came around, he would wear his mask all day.

Now a third-grader, Zarrien loves virtual school, his mom said, because he still gets to see his classmates but they don’t have to see her setting up his feeds for the G-tube he uses for nourishment. He can just turn off the camera on his computer. If he has a problem with his G-tube or his CF, he doesn’t have to walk down to the nurse’s office at school with all eyes on him.

And if he wants to get up and give his mom a quick hug, he can do that too.

Zarrien’s life has not been easy, and the stress of caring for a child with a serious illness has taken a toll on the family, particularly his mom, who is upfront about her struggle with anxiety and depression.

“I work in layers – like an ogre,” she said, a reference to Shrek. “The top couple of layers are OK – we’re doing everything we can, we take precautions, we have our faith if anything does happen. But there is this deep-down anxiety where sometimes I can’t even catch my breath. There are just those days where all of a sudden I can’t breathe.”

She sees a therapist who has helped her learn to stop and assess when she feels the panic rising.

“I have to dig down and think about what happened that triggered this,” she said. “Sometimes it’s someone delivering groceries without a mask on and that will freak me out. Maybe not always on the outside, but on the inside.”

She talks freely about mental health because she knows she is not the only parent who struggles with sometimes paralyzing anxiety.

When Zarrien was 1, he started vomiting frequently and couldn’t keep any food in his stomach. His physical growth was affected, while Wolfe-Tingey’s mental health suffered.

“Watching your child vomit three to four times a day is traumatizing. It got to the point where I was sleeping with one ear open. Usually at 2 or 4 in the morning it would happen because he was on a night feed through his G-tube.”

Multiple adjustments were made to alleviate the vomiting, but it continued off and on for two years, she said. In that time, Wolfe-Tingey slipped into a deep depression and while Zarrien was being treated at Riley, she sought help from a hospital social worker, who connected her with mental health professionals.

After intensive outpatient therapy several times a week for three months, Wolfe-Tingey came through the worst of the darkness, but she continues to see a therapist. She calls her husband her champion and is grateful that they were able to get nursing help two days a week to assist with Zarrien’s care.

TAKING TIME FOR HERSELF

She appreciates the importance of self-care and finds that making art feeds her spirit.

Dr. Chmiel said when he began treating patients with CF in the mid-1990s, he and his colleagues around the globe were so focused on trying to keep patients alive, they often missed the signs of anxiety and depression in patients and parents. Now, mental health screenings are offered.

With a pandemic layered on top of their child’s already fragile health situation, it’s no wonder parents found themselves braced for impact last year.

“If you take it from the parents’ perspective, they’re just waiting for the other shoe to drop,” Dr. Chmiel said. “March becomes April, April becomes May, numbers are spiking and you’re stuck at home, thinking every day, ‘please don’t get infected.’ Of course in front of the child you’re going to put on a brave front, but you can imagine what toll this takes on an individual and a whole family.”

Despite signs that life is slowly beginning to return to normal, Wolfe-Tingey is in no hurry to jump back into life as it looked pre-pandemic.

“I pretty much feel like we are going to be hunkered down for at least another year. I think Zarrien is content to stay this way.”

He said as much the other day when he told her this: “I’m gonna try for two years out of the hospital.”

The Cystic Fibrosis Program at Riley Hospital for Children at IU Health provides respiratory and nutrition treatments for children with cystic fibrosis.

Cystic fibrosis is a genetic condition. Learn how pulmonologists and gastroenterologists at Riley at IU Health treat this condition. 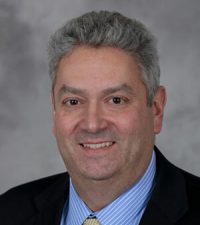