Jukebox heroes hit all the right notes at Riley

Clinical engineering technicians go the extra mile to turn up the music in the Cancer Center playroom.

You know the rest, right?

The clinical engineering department at Riley Hospital for Children rocked around the clock to repair the jukebox in the Cancer Center’s playroom last month.

And it was all for the kids. 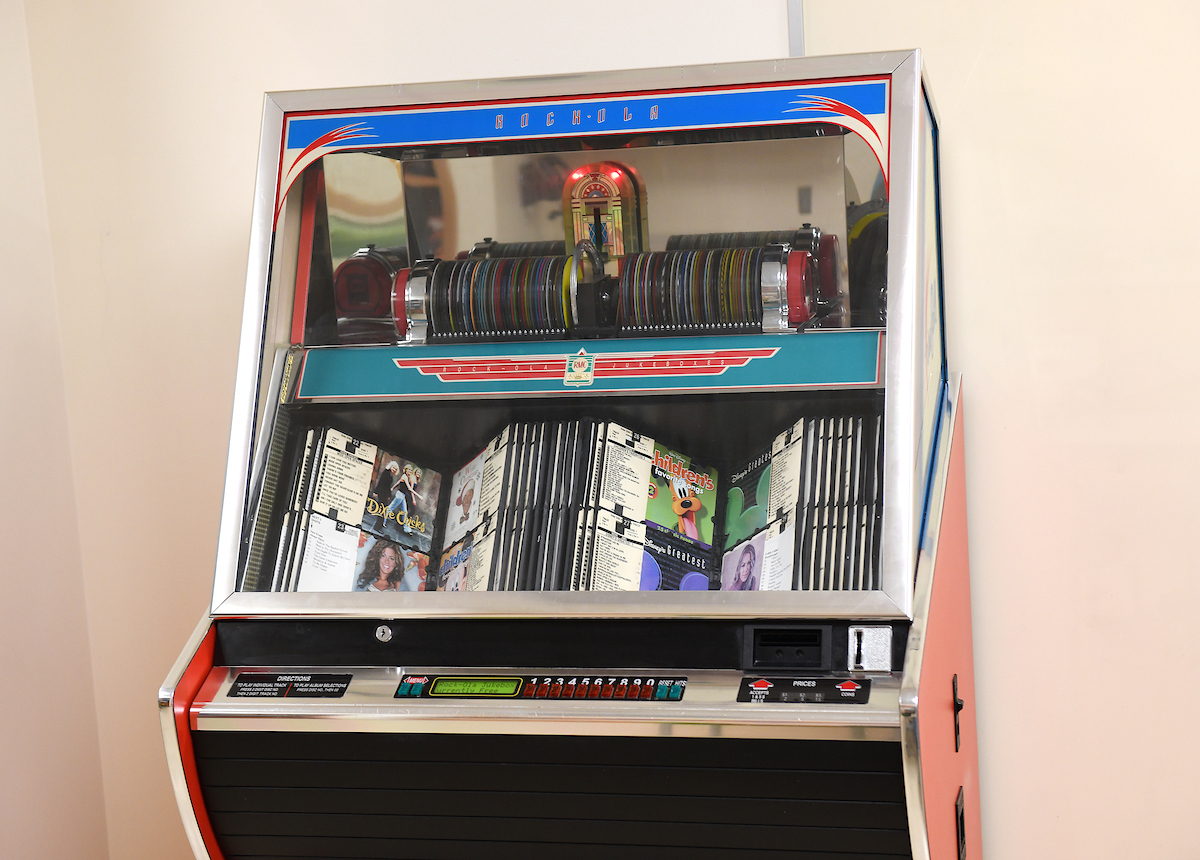 When the jukebox on 5 West went on the fritz a couple of weeks ago, Mel Sexton, Child Life special events supervisor, turned to Clinical Engineering team leader Paul Franklin for help.

Franklin asked technician Bob Yanes to take a look, and together with technician Carolyn Ward, they were able to troubleshoot the problem and bring back the music.

Parts weren’t available to fix the machine, and a replacement jukebox would cost thousands, but Yanes was able to re-engineer one of the gears to work around the problem.

True to form, Yanes didn’t want any special recognition, but Sexton was so impressed with the team’s work that she sent a note to David Wieczorek, director of Clinical Engineering.

“I’m sure jukeboxes are normally outside of your scope, but Bob and Carolyn recognized how important this was for our patients and their families,” Sexton said. “During COVID-19, patients are only permitted in the playroom one at a time, and it can be very quiet and sterile without the music in the background, especially music that they can choose.” 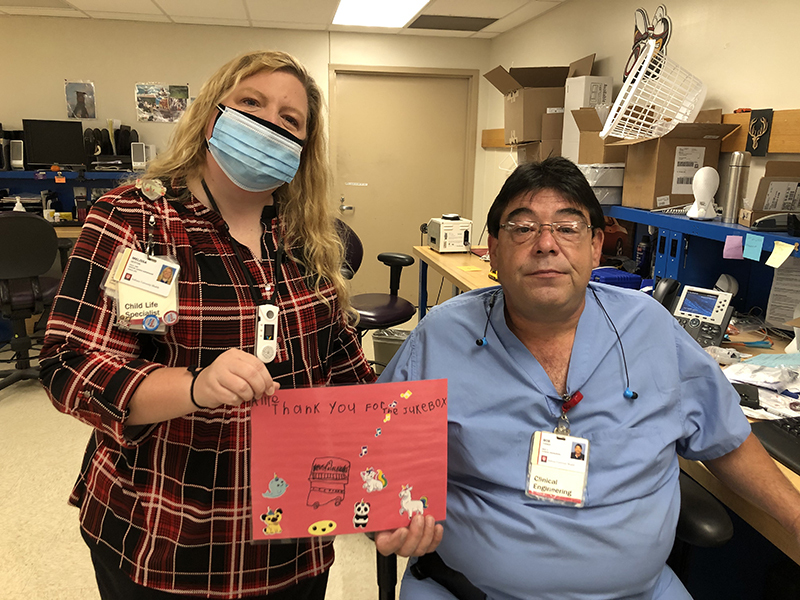 The fact that it wasn’t a piece of medical equipment didn’t matter to the Clinical Engineering team. It is therapeutic, and that’s the important thing to Franklin and his team.

“One of the mottos of our shop is: We’re here for the babies. That’s the driving factor for us,” Franklin said.

“We all have that mentality as a team here. We’re here for the patients and their families. We’ll work on video games if necessary or remote-control cars. We’re just trying to help the anxiety of the kids who are here.”

It’s a reflection of Riley’s culture, Wieczorek said, and spotlights the IU Health values of purpose, team, compassion and excellence.

“Everybody’s first priority is the children, no matter what,” he said.

One of those children showed her appreciation to the team by drawing a thank-you note that now hangs in the Clinical Engineering department.

The little girl named Allie watched the team repair the jukebox and was one of the first kids to listen to it after it was fixed, Sexton said.

“I appreciate how every member of the Riley team is really focused on taking care of patients and families,” she added.

And now, once again, music is floating down the halls of 5 West.