Zionsville couple remains grateful to the doctors and nurses at Riley who helped heal their son.

Jonathan and Aimee Agan shudder to think that the little boy who brings them so much joy might never have come into their lives. But here he is, hyped up on sugar from a Valentine’s Day party and giggling with glee as he works on a number puzzle in the sun-drenched family room at his Zionsville home. 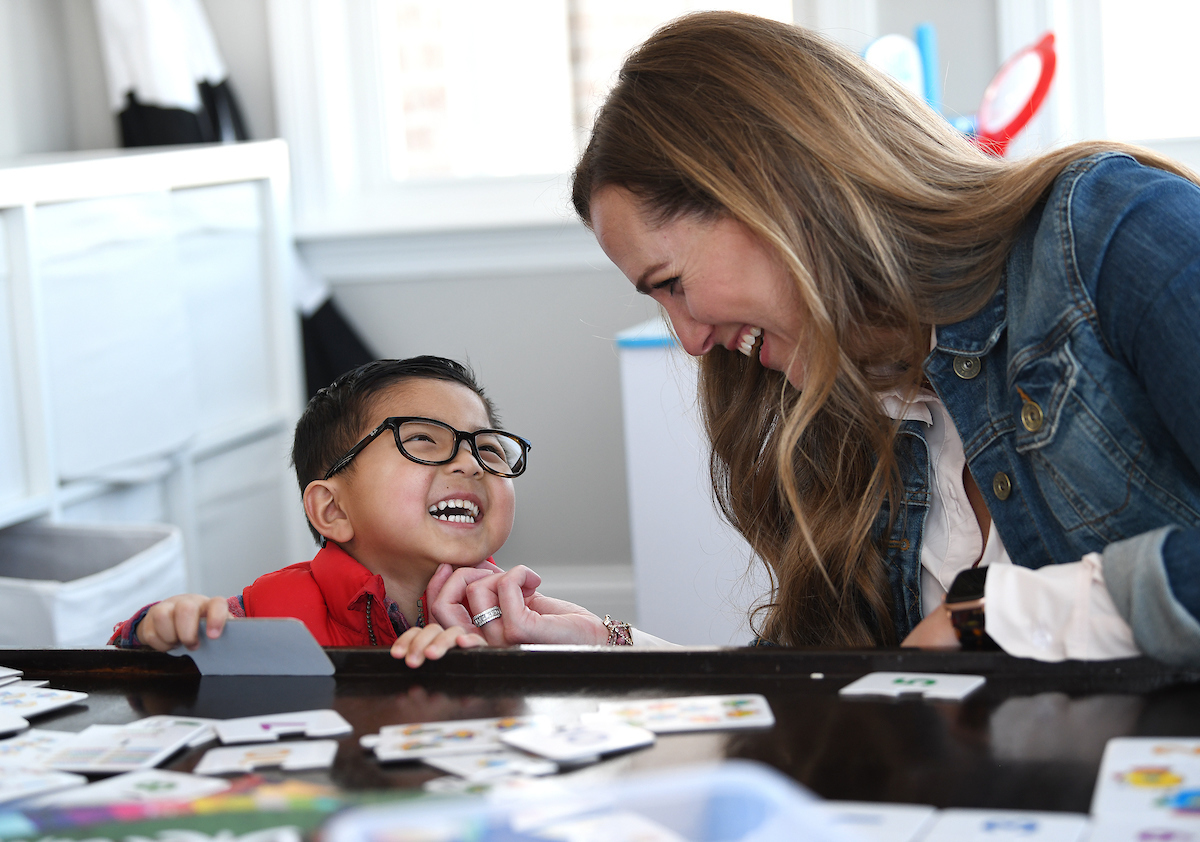 Zanden is the youngest of the couple’s four children. They adopted him from a group foster home in China a year and a half ago, despite his somewhat complicated medical status. And it was a Riley Hospital for Children urologist – Dr. Martin Kaefer – who gave them the confidence to move forward with the adoption.

“Dr. Kaefer is the number one reason we felt comfortable enough to adopt Zan,” Jonathan said, remembering how the physician talked with them at length over the phone, patiently answering all of their questions about what medical intervention might lie ahead for the child they hoped to adopt.

“He said, ‘I don’t want you to feel like you need to say yes that you are going to adopt this kiddo, but I can fix him and I can be right here to help you guys,’ ” Jonathan recalled.

It was a promise that he would keep.

Now Zanden is an almost 4-year-old bundle of laughter and love who makes the Agan family complete.

It was one year ago that we first met Zanden and his parents when he was inpatient at Riley recovering from urologic and orthopedic surgery.

Then 2 years old, Zanden was immobilized in a brace called an external fixator. He would lie in that brace in that hospital bed for five weeks, followed by another three weeks at home, during which time his parents carried him around the house on a small mattress. 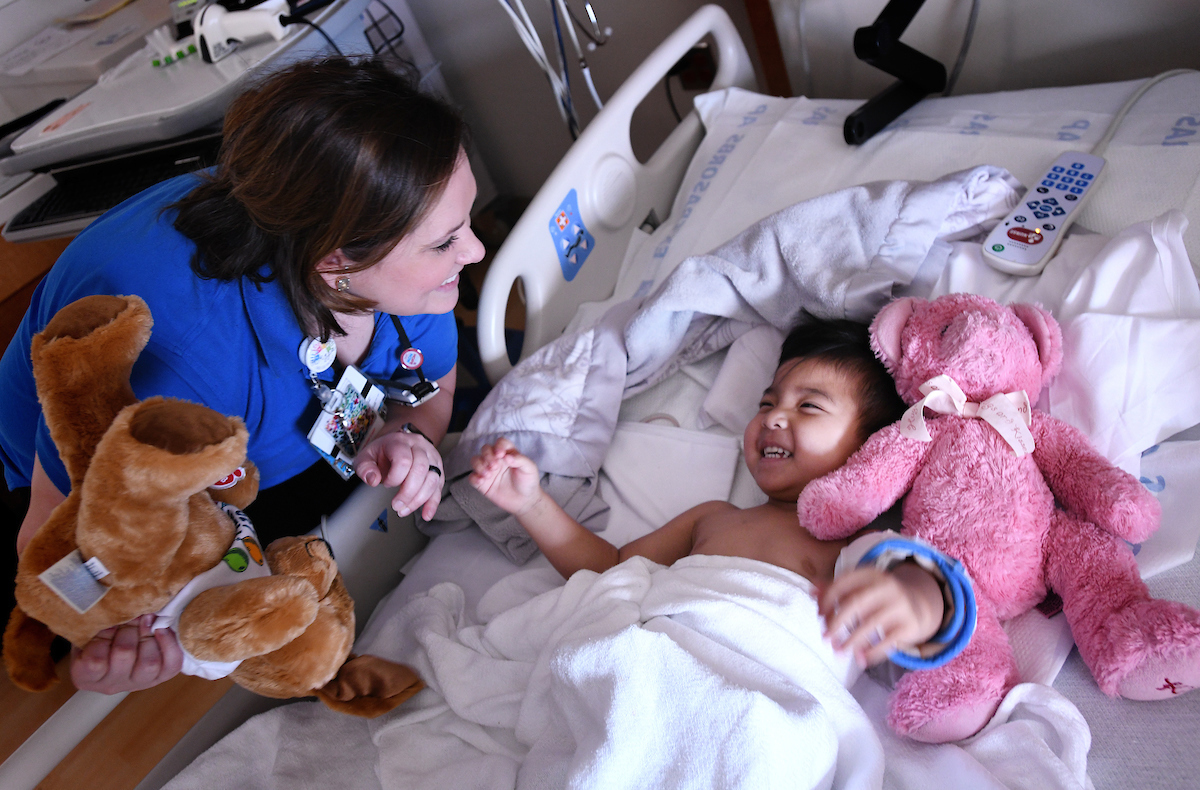 Not long after he was freed from the brace, which was in place to correct a birth defect (the couple prefers to keep the full nature of the condition private out of respect for their son), he was back in the hospital.

“It was about May before he found his legs (after the brace was removed) and then Memorial Day happened,” Jonathan said.

Zanden, who had just learned to walk again, was playing with his siblings in the backyard when his leg got twisted as he went down a slide, resulting in a broken femur. And just like that he was laid up again, this time in a full cast.

Dr. Tyler Christman, the boy’s orthopedic surgeon at Riley, advised the Agans to keep Zanden from running, jumping and climbing – all of the things a kid loves to do – until his bones strengthened.

So they spent a lot of time swimming that summer. But now, Zanden has healed and is eager to jump on his Paw Patrol bike and his scooter when the weather improves. He also loves to sing – “Party in the USA” and the soundtrack from “Frozen II” are favorites.

Chinese New Year’s decorations still hang near the kitchen of the Agans’ home on this February day, following a large celebration with friends and family earlier in the week.

Mindful of Zanden’s heritage and that of the couple’s other adopted child, they share those customs with their extended circle of friends. 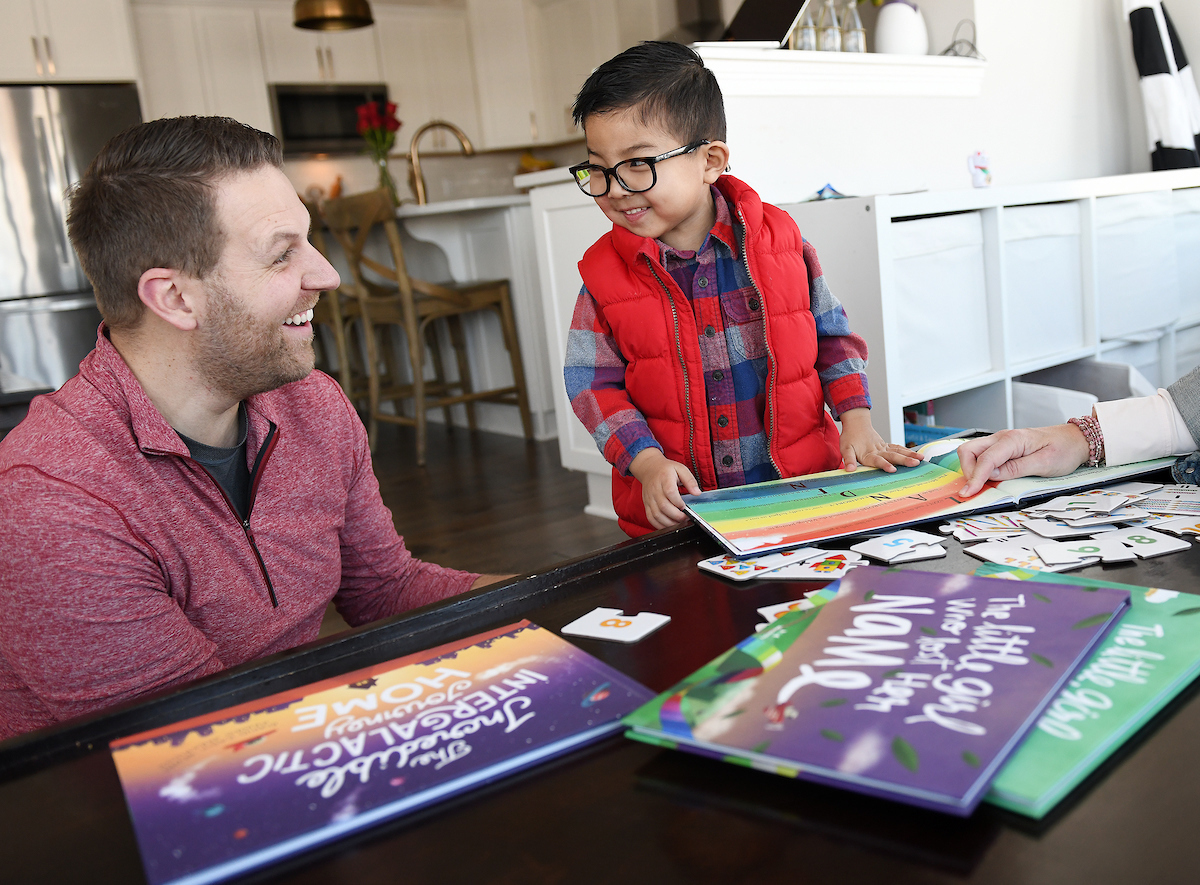 It’s Valentine’s Day and Zanden has already helped his mom make heart-shaped cookies before he opens the front door to greet his guests.

“It’s been fun to see him running around and having a ball,” Aimee said as her son begins pulling out books to read. “He learned to get around before, but to see him do it without pain is wonderful.”

Zanden keeps up a running dialogue in the background as his parents try to answer questions about his recovery. It’s hard to sort out all the words, but the joy in the room is clear.

“Do you want to do some counting,” his mom asks as the inquisitive boy lines up his puzzle pieces and begins.

“One, two, free, four, five, six …” he starts, before dissolving into giggles and falling into his mother’s lap.

It’s moments like this that both Jonathan and Aimee treasure, both thankful that this little man is in their lives.

“We could have missed this,” Jonathan said. “Maybe if Dr. Kaefer wouldn’t have called us back and reassured us … what if? You don’t know.”

Since that fateful phone call on Valentine’s Day two years ago, the family has kept in contact with Dr. Kaefer, even after his surgery was complete.

“He continues to be amazing,” Jonathan said of the urologist, keeping in touch via phone, text and email to answer any questions they might have.

Zanden had a minor follow-up surgery in November, which involved an overnight stay on 9 West, where he spent much of his time last year. This time it was a bit of a happy reunion.

“It was like homecoming there,” Jonathan said. “There were so many folks who were so happy to see him.”

But the couple is just as happy now to focus on life at home.

“As much as we absolutely love everybody at Riley, it will be good for him to have a break,” Aimee said.

For now, she is content to create a new normal at home with the boy who stole their hearts two years ago when they first met him on the other side of the world.

“It’s neat to have a front-row seat to watch him grow.”