“I’ve spent my whole career at Riley, so I feel like I’ve grown up here”

Mel Sexton: For 20 years, she has been putting smiles on kids’ faces.

For two decades, she has brought joy to kids at Riley Hospital for Children through special events, celebrity guests and fun activities in the Child Life Zone.

Now, as she marks her 20th anniversary with Riley following a year like no other, Melissa Sexton has had to reimagine every facet of her job, thanks to COVID-19. No special events, no celebrity guests, no volunteers, no activity at all in the Zone.

If 2020 turned our lives upside down, imagine the adjustments Sexton and her team have had to make on the fly. 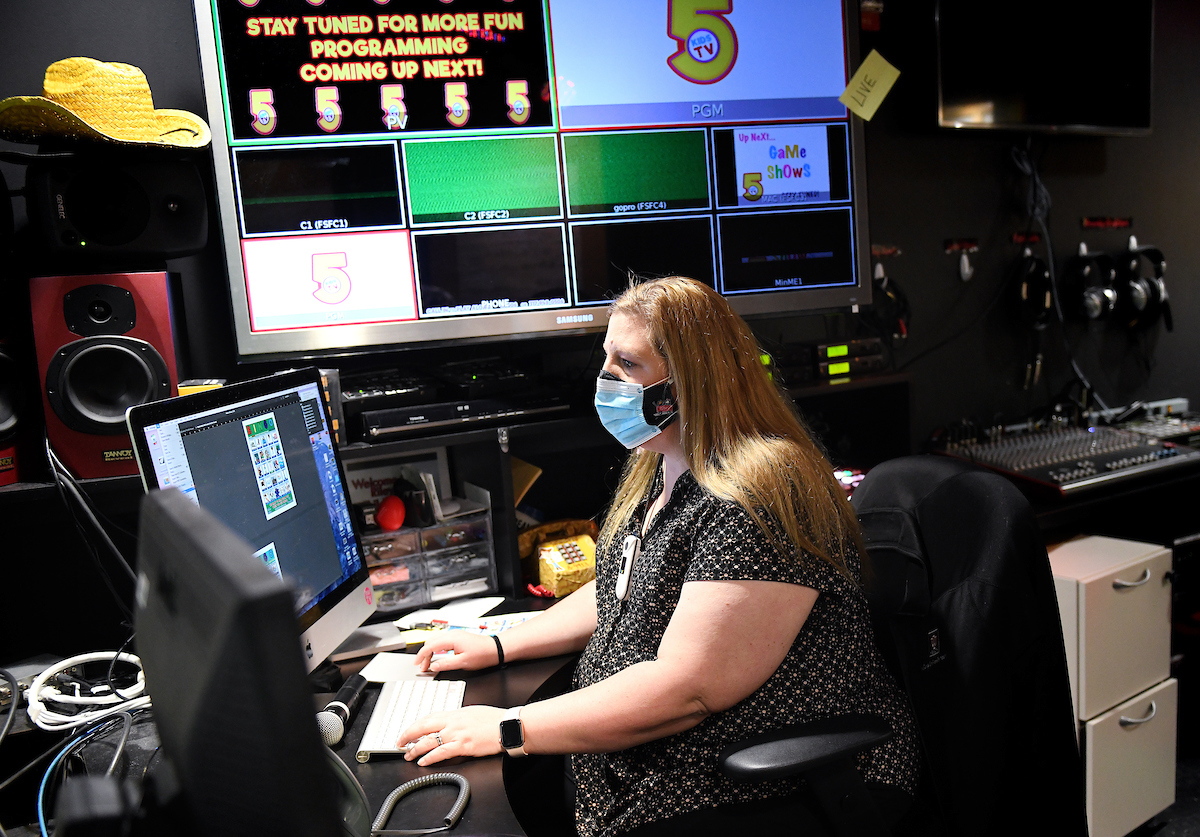 “It’s been a weird year,” says the supervisor for special events, the Zone, pet therapy, CCTV and contract services (massage therapist, cosmetologist, tech specialist) in a classic understatement. “I’m going from doing over a hundred in-person events with a thousand one-time volunteers to no events and no in-person volunteers in over a year.”

And those volunteers are missed deeply, she said. “Our core volunteers so desperately want to be back in the building.”

Sexton, who celebrated her 20th anniversary with Riley on Friday, longs for the days when we can all be together again, but she is also grateful for the things she has learned this past year.

She has become a master at programming for Riley Kids TV, which airs 24 hours a day, seven days a week on closed-circuit TV. Daily game shows allow patients to interact with one another safely, while virtual concerts, magic shows and story hours add to the entertainment.

There’s been a lot of trial and error over the months as she explores what works and what doesn’t, while also trying to get people on board with virtual events in a time of virtual overload.

“It’s hard to manage and it sometimes feels very unsocial, but other times it really is the lifeline that’s keeping people in the moment.”

Meanwhile, CLZ child life specialist Kim Ziegler has taken her show on the road with Zone to Go. Several times a week, she packs up games, crafts, Play-Doh and everyone’s favorite – Slime kits – on her cart and makes her way around the hospital, dropping off items to patient rooms.

“Kim has been the one to make that work,” Sexton said. “She has activated it so well and completely pivoted from what she was doing.”

Ziegler also leads Riley’s pet therapy program, which was put on pause when the pandemic hit. She and Sexton work hard to keep those two-legged and four-legged volunteers engaged even though they can’t come into the hospital and do the thing they love most – be with the kids.

Occasionally, Riley Kids TV will include video of some of those volunteers going for walks around their neighborhood or doing tricks (the dogs, not the humans).

“Kim is really focused on the cart, and I focus my attention on the closed-circuit television, making programs, partnering with other not-for-profits who are providing virtual entertainment, and trying to think of fun ways to activate our robots.”

Most recently, those “robots” have been used for Indianapolis Colts and Santa Claus virtual visits. 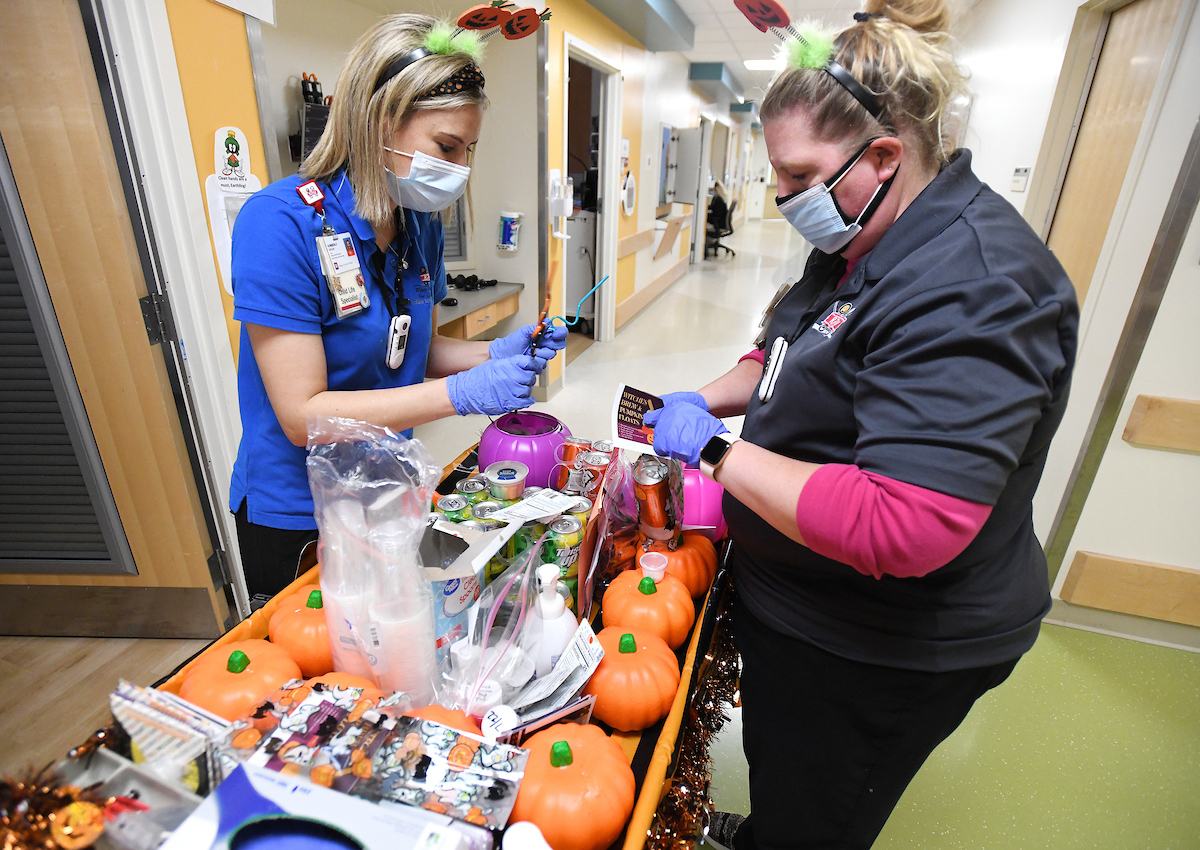 Ziegler and Sexton have taken their holiday parties on the road too, offering a full week of Halloween events and two weeks of fun in December where they went room to room providing crafts, games and special treats to patients at the bedside.

One of the lessons they’ve learned through this is that the “party cart” needs to be part of their regular rotation, even when things return to normal.

“Even when we’re back to regular parties, there are still going to be people who can’t attend,” Sexton said, “so we want to activate that cart to take up to patients in isolation or for kids who can’t come down. Our patients with cystic fibrosis cannot come to parties because they can’t be around one another. But they shouldn’t miss out on that opportunity, and now we’ve kind of figured out how to make it happen.”

Keeping CLZ activities going, even if in a different form, is important to honor all of the donors who support the Garth Brooks Teammates for Kids Foundation, Sexton said. The country singer’s foundation paid for the CLZ, which opened in 2014. The outdoor zone, dubbed the Backyard, opened in 2017.

Maybe that’s why she’ll tell you that meeting Brooks and his wife, fellow country singer Trisha Yearwood, at Riley has been one of her biggest thrills. And she has rubbed shoulders with her share of famous people.

“I’ve spent my whole career at Riley, so I feel like I’ve grown up here,” said Sexton, who actually grew up on a farm in Hendricks County, where she still lives with her husband, Steven. Together with her brother, they raise beef cattle, sheep and goats. She serves on the boards of Hendricks County 4-H and the Hendricks County Beef Cattle Association and is active in her church and the Modern Homemakers Extension Club.

“I am a very involved person,” she said. “I thrive on social servantship.”

In her two decades at Riley, she has seen both the physical space of the hospital and her department grow.

“There were six child life specialists when I started, and now we’re a department of 28. That’s amazing. But what’s really special and why I stay is because the culture really hasn’t changed,” she said. “It has always been about the kids. Our Riley kids are what bring each one of us to work every day.”

She might not realize it, but Sexton is one of the drivers of that culture, and in honor of her 20th anniversary, we asked some of the Riley team to talk about what she brings to the hospital every day. 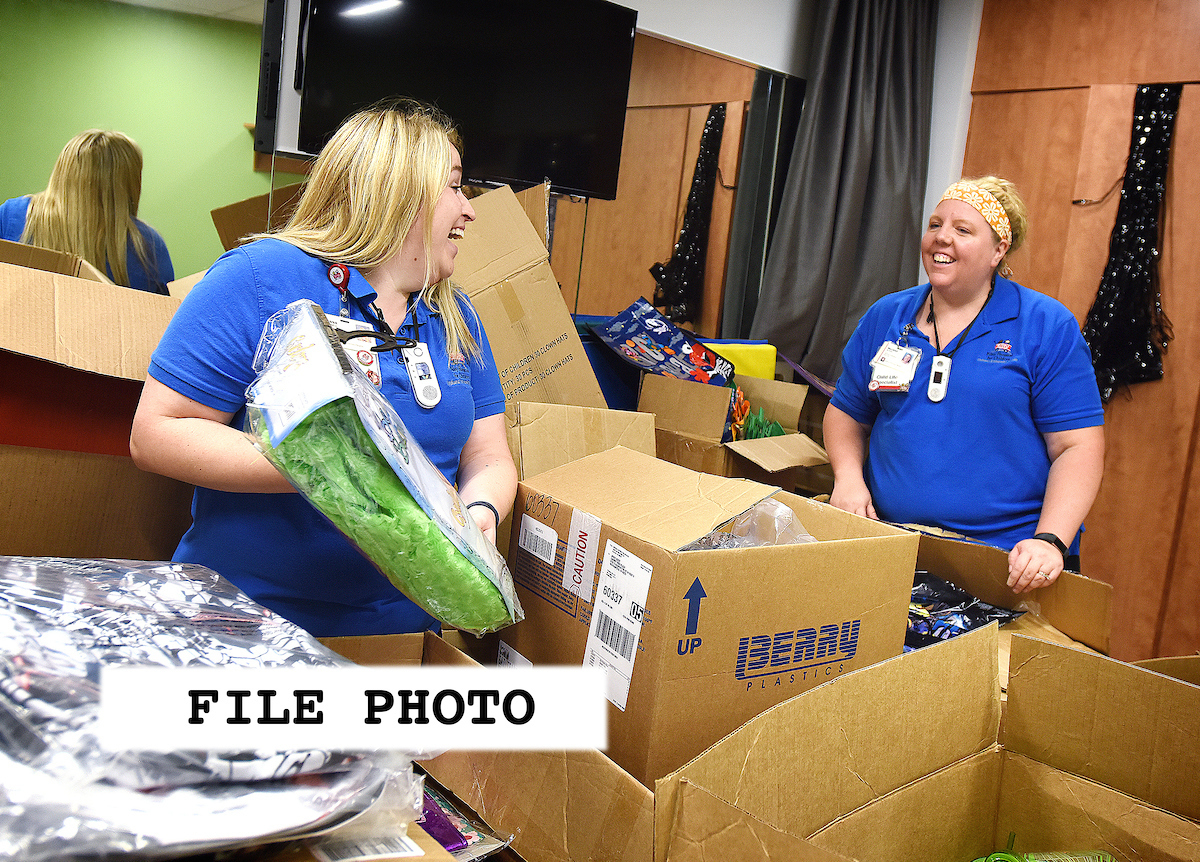 Jenna Yarnell, child life specialist and educator: “We are so lucky to have Mel as part of our child life team and the larger Riley team. She brings a wealth of knowledge to all that she does due to her commitment and dedication to Riley and our patients and families. When I first started at Riley, everyone told me that if I had questions or needed anything that I should ask Mel because she would know the answers or know where to find the answers, and I still find that true eight years later!

Dr. Paul Haut, chief operating officer: “Mel was one of the first people I met when I started at Riley in May 2002 as director of the stem cell program. Immediately, I recognized her as an expert in child life and a critical member of our small, dedicated team. Mel is a passionate advocate for children and her teammates. She is always ready to lend a hand, lead an effort or be a shoulder to lean on. Over the past 20 years, Mel has left an indelible positive mark on Riley.”

Sara Barnett, manager of Volunteer Resources and Child Life: “Mel is a living legend! She is interconnected with multiple community partners and groups within the Riley Children’s Foundation. She is a valuable resource for various departments throughout Riley. She answers to ‘Hey Mel,’ and people often say they need a ‘pocket Mel’ because if she doesn’t know the answer, she will find it. I am grateful for her service and would be lost without her.”

Abigail Rainey, child life supervisor: “If you have ever worked with or been cared for by Mel, you know that she makes a positive impact. Her focus is always on others and how to make the hospital experience better for our community members. Riley is like an extended member of her family, and Mel is certainly an integral part of the Riley family. We are lucky to have her.”

Kim Ziegler, child life specialist for the CLZ and coordinator of the pet therapy program: “Wow, how to describe Mel! She is one of the most talented people I know. She wears so many different hats in her role here at the hospital and does it with ease. When we have a need, Mel is the person to go to in order to make it happen. Not only is she an amazing child life specialist and supervisor, she is also a self-taught CCTV studio guru. With our studio programming, we’ve been able to reach so many patients and families with unique and interactive game shows at a time when we need them the most.”

FOCUS ON THE KIDS 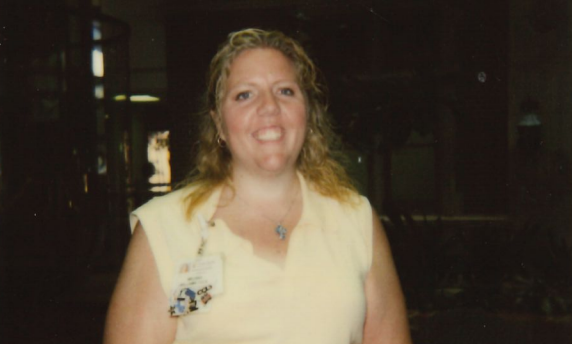 Sexton will no doubt blush at the compliments, emphasize that she is part of a bigger team, and then get back to work. She has picked up other responsibilities as needs have arisen.

“I have to be really flexible, and I’m doing things I wouldn’t normally have time to do – helping with staff support, activating tranquility spaces, working on staff morale projects – things not in my wheelhouse. I picked those projects up because someone needed to do them.”

Her passion, though is for the kids. She reminds herself and everyone around her that, “Kids are always 100 percent kids. They’re just patients when they’re within the walls of the hospital.”

Keeping them involved with activities even when they can’t be together in the playrooms or the zone not only helps them pass the time, it’s a reminder to them that other kids are in the hospital too, she said.

“It’s also a nice way to highlight for our patients that people outside the hospital still want to do something for them. That’s a big piece of special events – let the patients and family know that the community cares for them. It’s a nice reminder and a way for the community to give back.”

Whenever things do return to normal, Sexton doesn’t want to forget the lessons learned the past year, even as she talks about her hopes for this year.

“Number one, I hope that everybody who can get vaccinated chooses to get vaccinated because that gets us to whatever this new normal is going to be faster. Take advantage of the science and the effort that’s gone into the vaccine.

“Number two, I hope we can get back to being together soon and getting all the resources that are available to Riley kids 100 percent back.

“Number three, I hope that the lessons that we have learned from 2020, the good lessons and the hard lessons, aren’t wasted. The biggest lesson for me would be embrace flexibility, be willing to try and fail. Don’t waste the hardships because there’s a reason you’ve had to learn that lesson.”