“It’s a new beginning for us, Mama”

Sometimes, Angel McNeil can’t quite figure out who’s taking care of whom.

That’s because 6-year-old Bri’Alle, a bit of an old soul despite her youth, has a way of lifting her spirits and making her believe anything is possible. Even as she lay in a hospital bed, the first-grader was encouraging her mother. 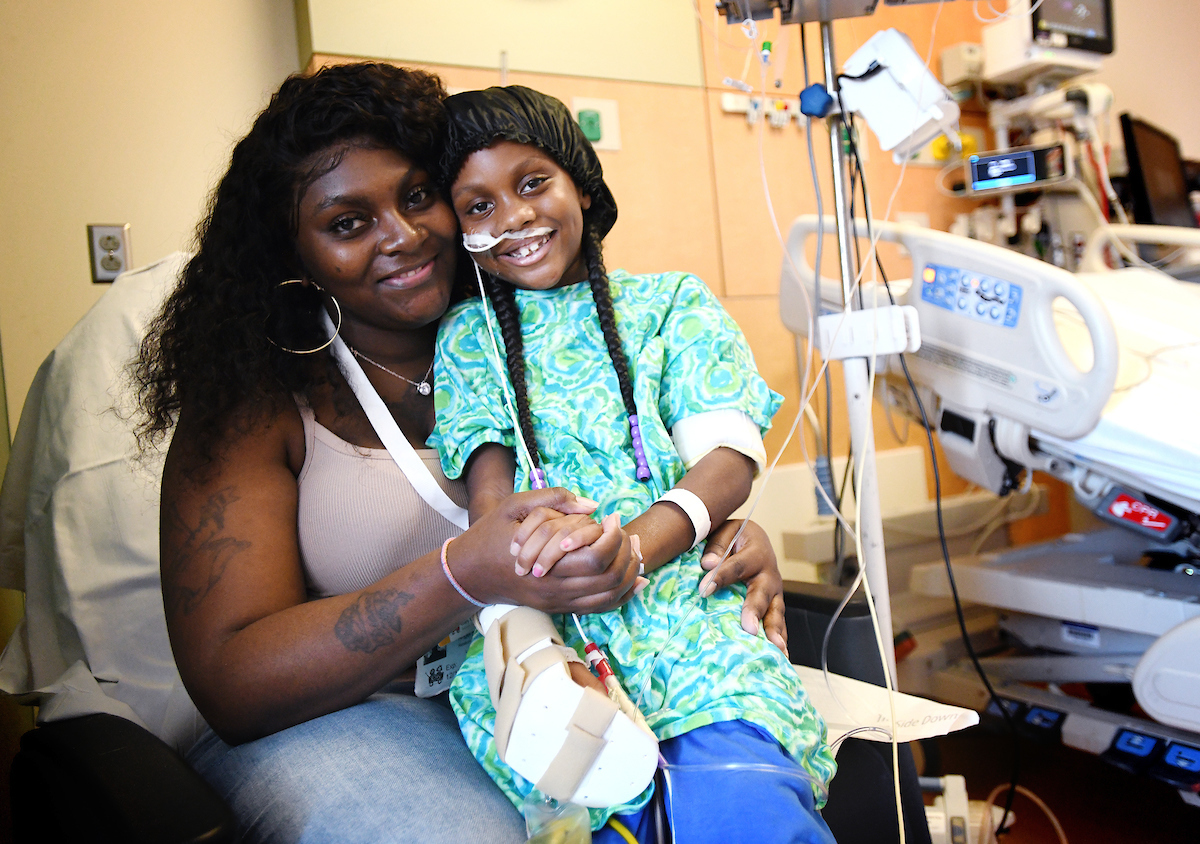 “We got this, Mama,” Bri told her mom. “I’m gonna keep getting better, just watch.”

Mother and daughter needed to believe that more than ever during the past two months.

Bri was asleep in her bed Nov. 5 when an errant bullet fired outside her home ripped through the wall of her bedroom and tore through her tiny body. She suffered serious injuries to one kidney, her adrenal glands, pancreas, intestines, liver and one lung, according to Dr. Brian Gray, pediatric surgeon at Riley Hospital for Children.

The miracle was that she was still alive.

“She has a lot of spirit and she’s going to be fine,” Dr. Gray said when Bri was moved out of the intensive care unit after several weeks to continue her recovery. “It’s just amazing how far she’s come, but that is a testament to her family and the team.”

For seven weeks, Angel McNeil stayed by her daughter’s side in the hospital, praying for the medical team that would save her child’s life. Two days before Christmas, a tearful but joyful McNeil brought her baby girl home. 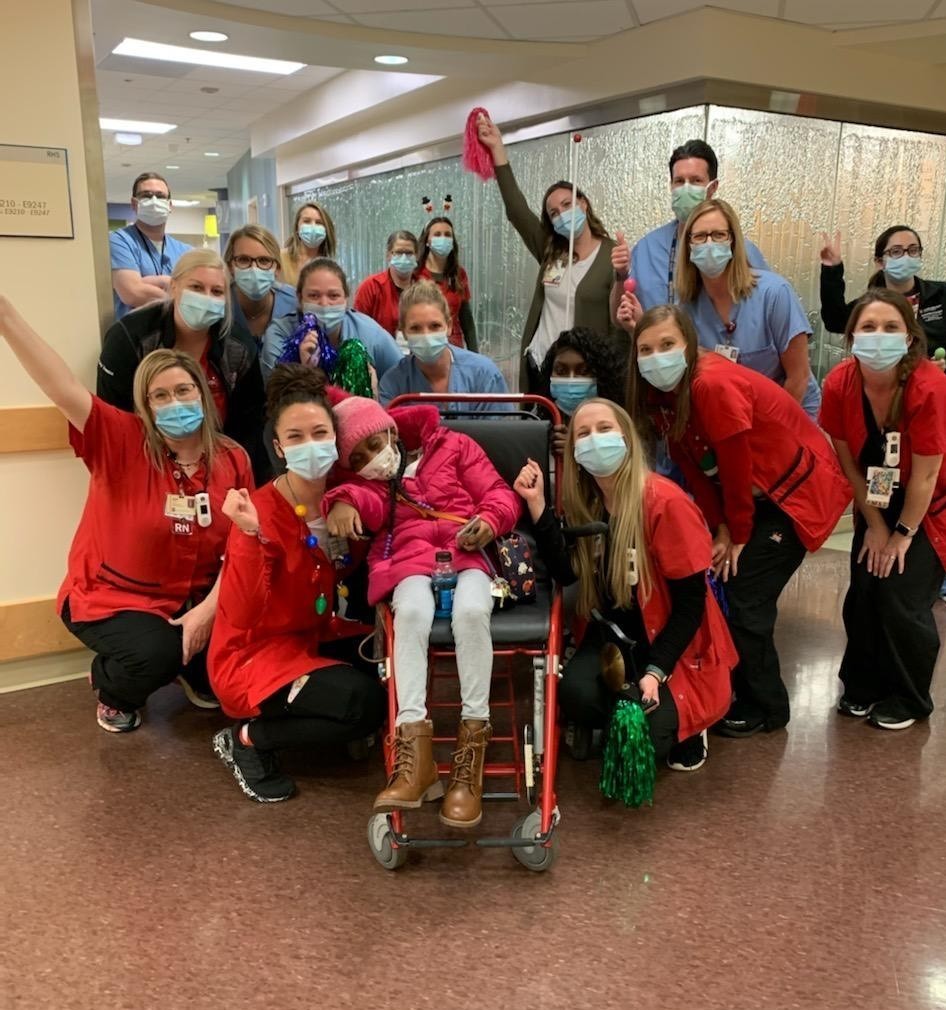 And now the two are reunited with Bri’Alle’s older brother, Jaiden, carefully figuring out day-to-day life in a new place, a few miles away from the scene of the trauma that unfolded last November.

While her daughter was recovering, McNeil packed up her apartment and moved across town, setting up a new household in a place where she hoped her daughter could continue to heal, away from the memories of the shooting.

Since the day she arrived home, Bri has been doing well, McNeil said, walking up and down stairs like nothing ever happened. She returns to Riley weekly for occupational therapy but otherwise is progressing better than expected.

“Bri’Alle has done amazingly well since discharge just two days before Christmas,” Dr. Gray said. “She still has some hurdles to leap in her recovery, but I think she will recover completely before too long.”

Christmas was a joyful time for the family, with Bri finding an escape in her new LOL dolls and a dream house for those 3-inch-tall toys. “Best Christmas ever,” was how she described it. 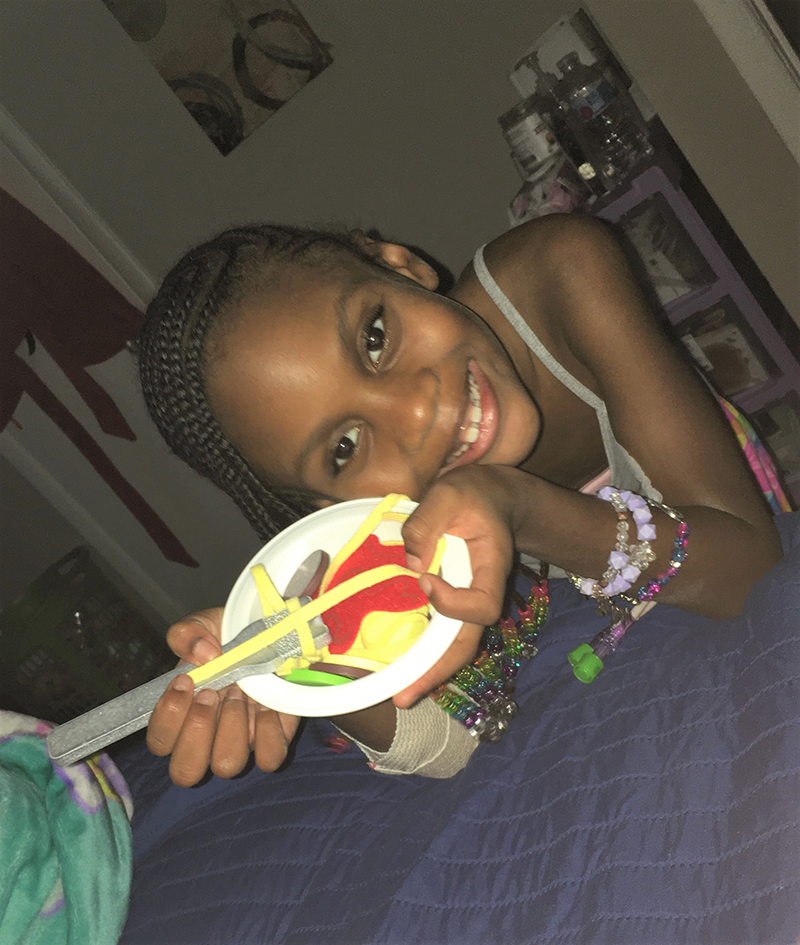 On New Year’s Eve, McNeil steeled herself for the sound of celebratory gunshots that some people like to shoot into the air. But if Bri heard anything, she was unaffected, her mom said.

“I was expecting when she came home that she was going to be kind of afraid because it’s a new house. And New Year’s triggered it all over again for me, but she was acting like nothing happened.”

Her daughter’s face was so serious, McNeil recalled.

“She gave me a fist bump and went upstairs. And I’m like, whoa. She’s a kid, and she just has so much to say.”

While at Riley, Bri kept up with her schoolwork, thanks to the help of Riley teachers, and now she is learning virtually again at home.

Her classmates welcomed her back, not with probing questions about what had happened to her, but with smiles and songs, McNeil said.

“They were happy to see her and glad she’s getting better.”

Related stories:
“God told me to check on my babies - When she heard the gunshots, Angel McNeil knew they were close, but she wasn’t prepared for what she saw.