It might take a stranger to save her son

Local mom pleads with the African-American community to participate in the National Bone Marrow Registry and to become organ donors.

As her 10-year-old son stretched out on a hospital sofa nearby, Juanita Perkins finished up an online test in her quest to become a registered nurse. She’s looking to the future while feeling a growing sense of desperation about the present. 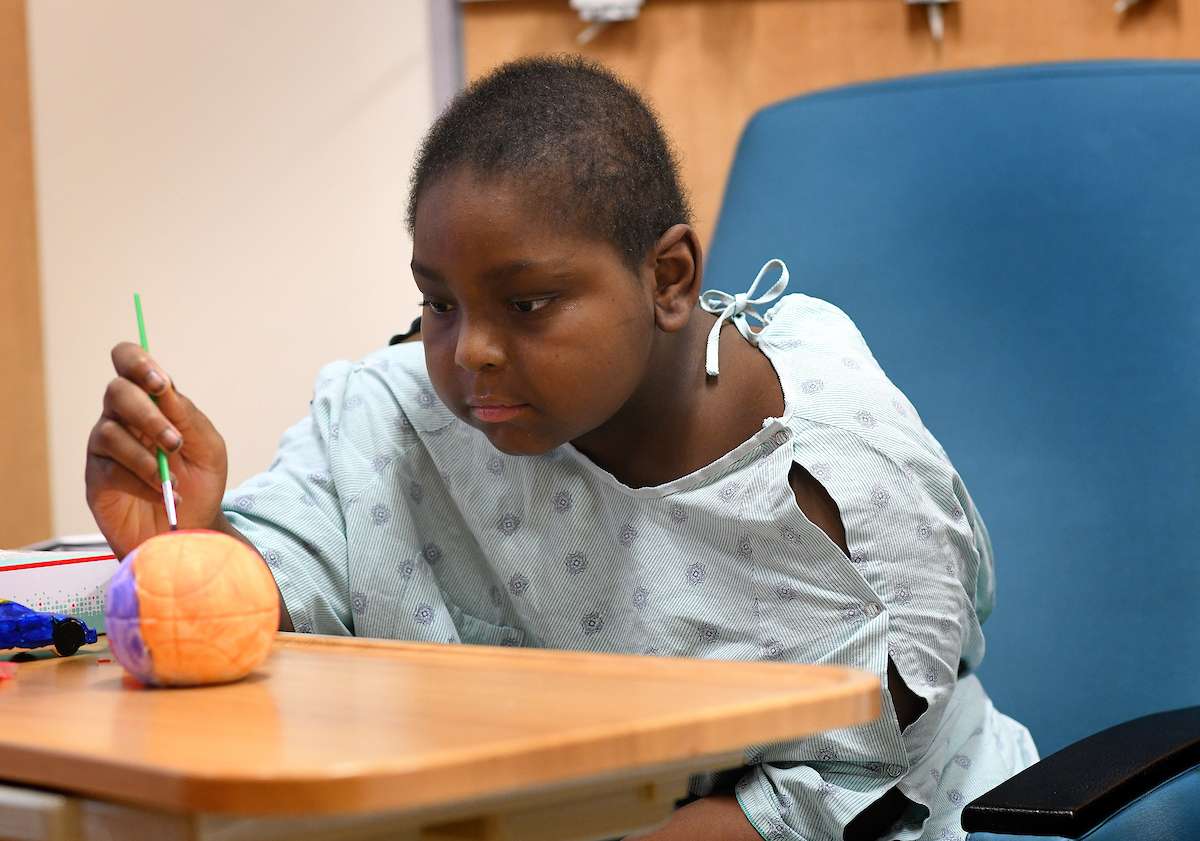 Brian Peguese Jr. has acute lymphoblastic leukemia. He needs a bone marrow/stem cell transplant and has no familial match, other than his mom, who is a half-match. That means his name is going into the National Bone Marrow Registry in the hope that a stranger can save his life.

The soon-to-be fifth-grader was diagnosed last November after persistent nose bleeds alerted his mom that something was wrong. When doctors suggested that it could be related to a virus or something more serious – like cancer – she focused on the virus possibility.

No way did her son have cancer, she told herself. But tests would prove otherwise, she learned as she and Brian were transported to Riley Hospital for Children at IU Health.

The date was Nov. 11, two weeks before Brian’s birthday. With her world turned upside down, the single mom and her son marched on through the weekly chemotherapy treatments, the biopsies, the pills, the spinal taps.

Then COVID-19 hit. Perkins, a licensed practical nurse who was working in a nursing home, couldn’t risk bringing the virus home to her immuno-compromised son, so she took a leave of absence. She focused on Brian and on her coursework to attain her RN degree. 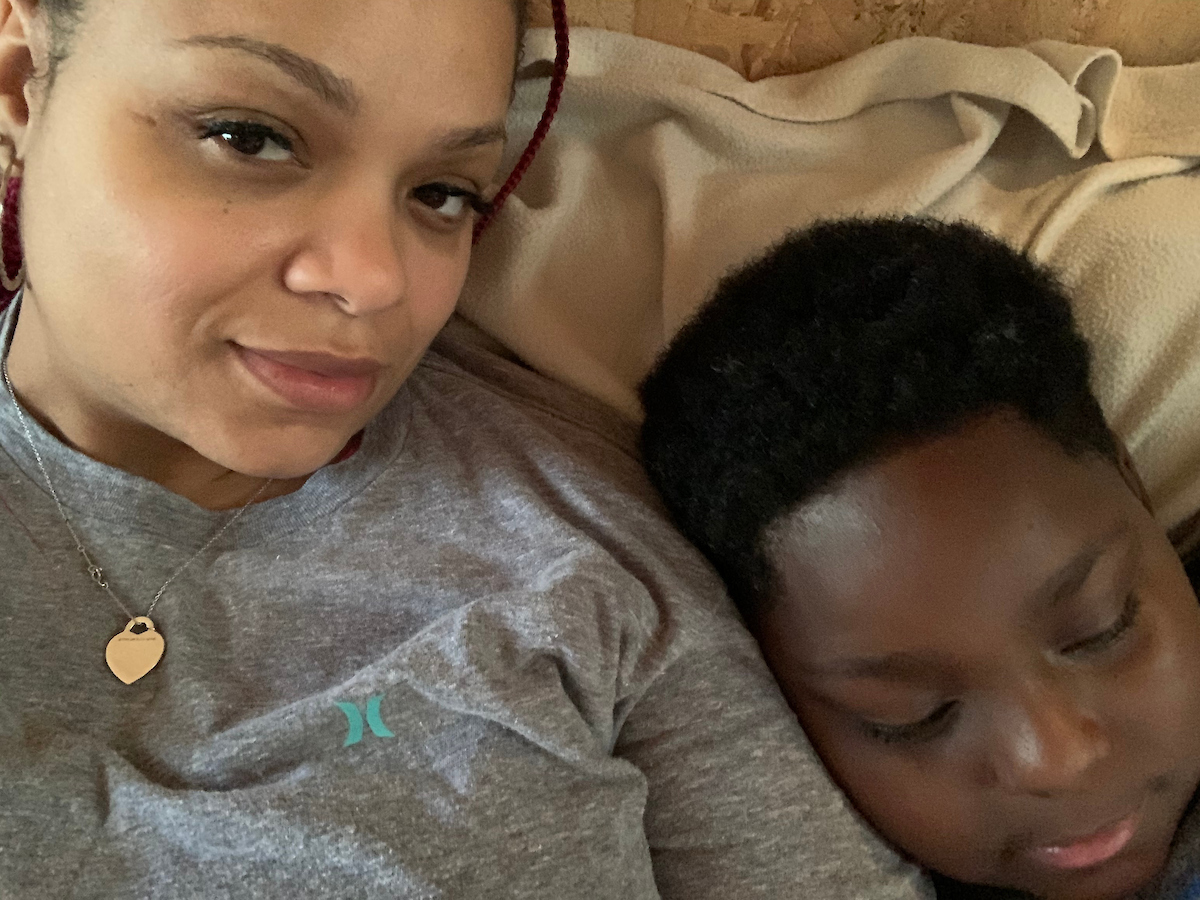 As his cancer went into remission, they were in a rhythm in life – still undergoing treatment but hopeful that all would be well. In June, the news that Brian had relapsed stunned Perkins. There had been no signs, she said.

“He was normal. He wasn’t dizzy or having headaches. He was playing video games and we were doing our walks.”

Hearing that her son had cancer the first time was awful. Hearing that it was back was unreal.

“It felt like I was reliving the first time, but it was even worse,” she said.

Brian has been hospitalized at Riley since June 17.

Another intense round of chemo blasted the cancer, but now mother and son are waiting for his bone marrow to recover from the chemo and for his white blood cell count to improve.

He’ll have to endure more months of chemo and radiation before he can get a transplant, and that’s what Perkins is focused on now.

“We’re looking for an unrelated donor right now,” said Perkins, who also has an older son who is not a match.

And she is specifically looking to fellow African-Americans because the odds that they’ll find a match are much greater.

Of the millions of donors registered with the National Bone Marrow Registry, about 8% are Black and 75 percent are white. Because bone marrow compatibility is linked to ethnicity, African-Americans have a smaller pool of potential donors.

“Everyone should be a donor, no matter your race, but as for African-Americans, we just don’t donate,” Perkins said. “I think we’re scared, we don’t know the process. In a situation like ours, we are going to need an unrelated donor.”

And it’s not just bone marrow donors who are needed.

While 28.7% of candidates currently waiting for organ transplants are Black/African-American, they comprised just 12.5% of organ donors in 2019, according to the Office of Minority Health within the U.S. Department of Health and Human Services.

Dr. Jodi Skiles, pediatric stem cell transplant director at Riley, said statistics show Brian has a 23% chance of finding a donor who is a 100% match.

But Perkins is not ready to accept those odds. She is on a mission to raise awareness of the need for people to be part of the solution, not only for her son, but for thousands of others.

She understands that a general mistrust by African-Americans of the medical field goes back generations.

She vows to become an advocate for organ and bone marrow donor registration.

“Don’t think that it can’t happen to you. This is not going to stop with my son. Everyone needs to know.”

Find out more about registering with the Bone Marrow Registry here.