Vomiting, feeding difficulties, and trouble swallowing are often seen in patients with gastroesophageal reflux disease (GERD). However, when your child’s symptoms do not improve with reflux therapies, it is important to consider other causes.

What is eosinophilic esophagitis?

Eosinophilic esophagitis (EoE) is an emerging disease in children and adults with symptoms very similar to reflux. Esophagitis is inflammation of the esophagus (aka food pipe), and eosinophils are the allergic type of white blood cells we see causing this inflammation. EoE is more common in patients with personal or family history of food allergies, eczema, asthma, or environmental allergies.

The main symptoms can include:

Index of suspicion must be high as symptoms can be very similar to reflux (but do not resolve with reflux treatments) or often attributed to behavioral issues. In addition, patients often minimize their symptoms or develop compensating behaviors such as:

What to do if you think your child may have EoE:

If you are concerned that your child may have eosinophilic esophagitis, discuss this with your primary care physician. Referral to a pediatric gastroenterologist is important to evaluate for other causes of the patients’ symptoms.  If EoE is suspected, the only way to confirm the diagnosis is with upper endoscopy (EGD) by a gastroenterologist to look for increased numbers of eosinophils in the esophagus.

How is EoE treated?

Food allergens are the most common trigger of EoE.  When allergenic foods are removed from the diet, EoE symptoms can resolve.  Allergists can play a central role by trying to identify these triggers with allergy testing.  There are also elimination diets which do not require allergy testing.  Dieticians familiar with food allergy and EoE are extremely helpful to educate families and patients on diet while maintaining adequate nutrition.  Other treatments for EoE include topical (swallowed) steroids such as budesonide and fluticasone.

Once the diagnosis has been confirmed, the patient can be seen in our pediatric Eosinophilic Esophagitis Clinic* at IU Health North or Riley at IU Health (downtown) to meet with our dedicated team of:

* Patients unable to go to Eosinophilic Esophagitis clinic can still be followed by any of our pediatric gastroenterologists, allergists, and dieticians. 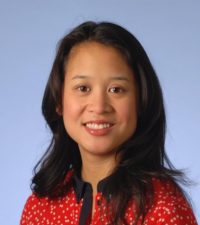 It’s a common childhood complaint: stomach ache. As a parent, it can be frustrating to know whether...

Should You Call the Doctor about Your Child's Fever?

As a parent, you worry when your child has a fever, especially if it occurs late at night. When...

Leading the Way in Pediatric Gastroenterology

Quality care starts with the patient-doctor relationship. That’s what Allie Feldman and her family...