They lost their son to cancer, but #MightyMason’s parents are still in the fight for other kids.

Kevin and Heather Garvey watched their son, Mason, fight cancer for two years. They know what it means to “fight like a kid.”

When Mason passed away in June at the age of 9, the grief threatened to swallow them whole. But they chose to come out fighting – for their son and for kids like him. 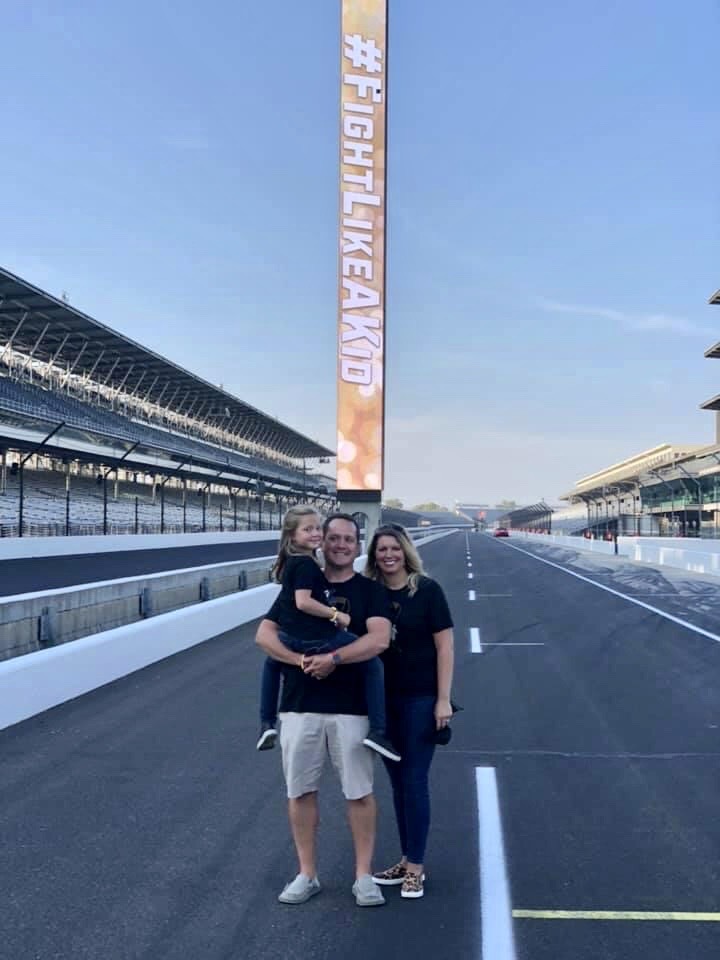 The couple spearheaded a coordinated campaign over the weekend to light up Indianapolis in gold for Childhood Cancer Awareness Month.

The IPL building on Monument Circle went gold, as did Eli Lilly and Co.’s corporate headquarters and the Indianapolis Motor Speedway.

The Garveys joined Tony and Kelly Trent, parents of the late Tyler Trent, and other families waging an uphill battle against cancer as each landmark around the city went gold Saturday night.

“We were passionate about pediatric cancer awareness, research and funding as we went through Mason’s fight,” Kevin said. “Now our passion is only ignited more.”

The couple, who also have a daughter, Kinley, worked with Gov. Eric Holcomb’s office to get a proclamation declaring September Childhood Cancer Awareness Month in Indiana. They approached IPL about lighting up its building in gold again as it had done last year. But they wanted to do more, and they were thrilled when Lilly and IMS came on board.

“We would love to see it continue to grow year over year,” Kevin said. “We’d like to be looking at a gold Downtown … these landmarks are a great starting point.” 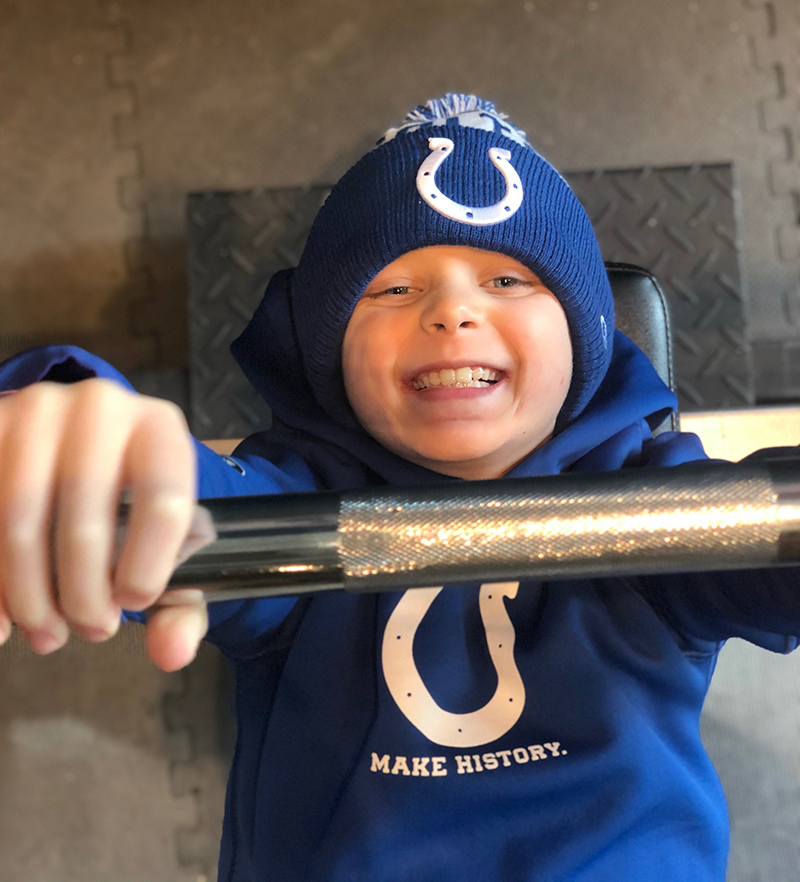 #MightyMason was a passionate sports fan who enjoyed friendships with Indianapolis Colts cornerback Kenny Moore II and Indiana Pacers guard Victor Oladipo. He was diagnosed in August 2018 with embryonal rhabdomyosarcoma.

Riley Hospital for Children became his home away from home for much of that time, and he formed friendships with many of the staff, including hematology-oncology outpatient nurse Elizabeth Thach.

She is among many raising awareness of the need for more research into childhood cancers.

“Only four percent of cancer funding is allocated to pediatric cancer, and that has to be spread so thin,” Thach said.

Statistics from the Children’s Cancer Research Fund and National Pediatric Cancer Foundation bear that out. And while the National Cancer Institute has increased its investment in childhood cancer research in recent years, funding is never enough.

Every day, 43 kids in the United States are expected to be diagnosed with cancer, and one in five will not survive. For those who do, the fight is never really over because treatments they receive often lead to chronic health conditions as they get older. 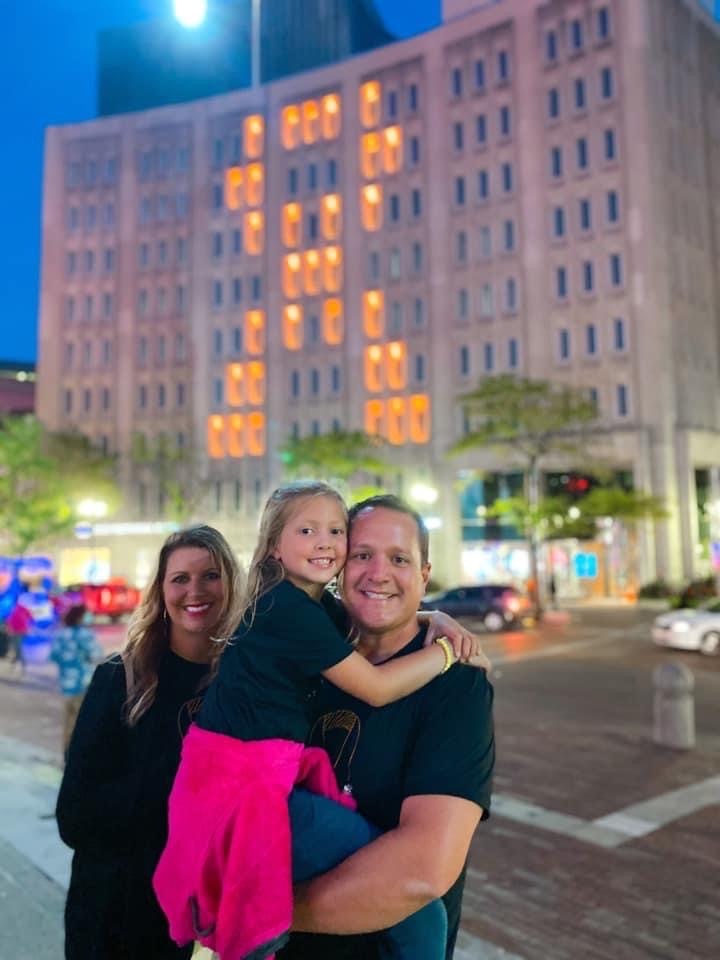 For Thach, the visual cue of gold on buildings, T-shirts, bumper stickers and more can only help the cause. She sees sick kids every day in her work in the Riley Outpatient Center.

“They’re basically like family,” she said. “Before COVID, we’d get to know the parents, siblings, grandparents. When patients pass away, we lose a part of ourselves.”

The Garveys aren’t alone in grieving the loss of a child, but they are pouring what energy they have into helping other families.

“It’s tough, but we’re not done, and Heather and I will not rest until families don’t have to do what we had to do,” Kevin said.

“I don’t think we will ever understand why Mason had to endure what he had to endure and ultimately lose his life, but we refuse to believe that that was the end. If there are connections we have made to bring awareness to what these kids and families are going through and to increase funding and opportunity, we want to do that,” Kevin said. “We want to shine a light on that.”

Heather understands that seeing sick kids and thinking about childhood cancer makes people sad. But rather than turn away, she wants people to talk about it and put pressure on politicians and organizations to do more. 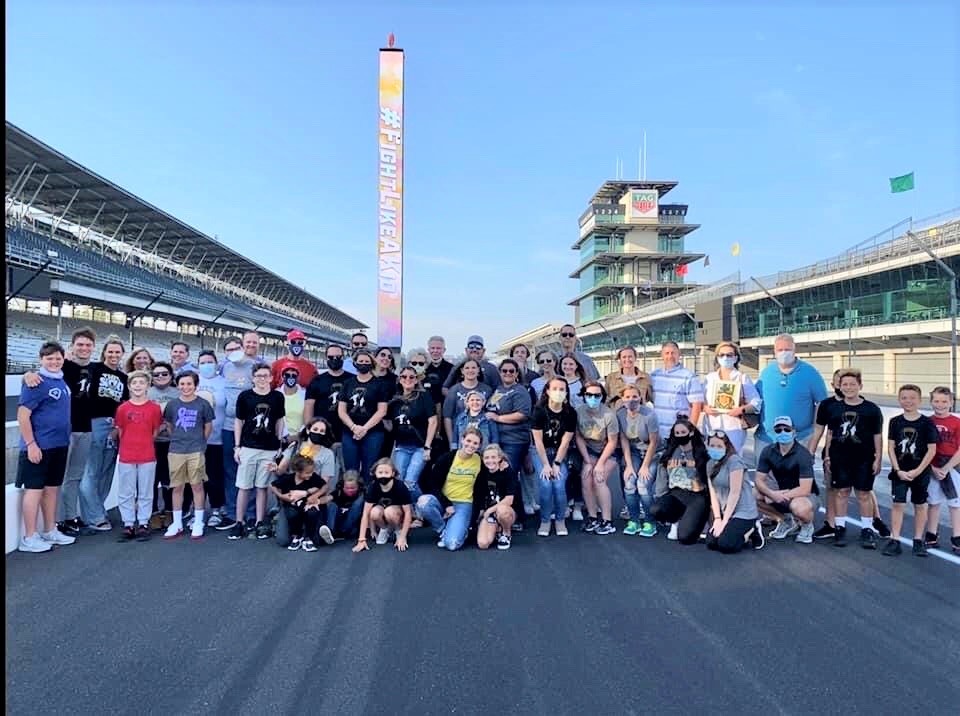 “We use the hashtag #fightlikeakid because we’ve never seen anybody tougher than the kids going through these treatments,” she said. “They are the strongest among us.”

While Mason often viewed his treatments as an inconvenience that interfered with his desire to play sports and just be a kid, he fought hard, Heather said.

“He did it with an amazing smile on his face, fire in his beautiful blue eyes and a strength that most humans simply do not possess.”

Now, his parents are leading the fight in his memory.

“When you first get the cancer diagnosis, you’re in the club nobody wants to be in, and yet you’re thankful that you’re in a club with people who have similar experiences and you go through trials and battles with those people,” Kevin said.

But things happen within that club that separate people into smaller groups.

“The ultimate is when you lose your child; you become part of a group that is very small, very isolated,” he said. “You become everyone’s worst fear.”

Kevin and Heather could have turned inward at that point, but they have chosen to lead with their hearts in the hope that other families might be spared the loss of their child.

“We have a responsibility to use our platform to educate and let people know that it doesn’t have to be this way.”