‘I’m just so proud of our team. Every day. And now the rest of the world knows.’

When she first got the news over her phone, Dr. Elaine Cox had to pull her car over to the side of the road, take a breath and ask, “Are we sure?”

In all, Riley Hospital ranked in nine of 10 specialties, with seven in the top 20 and two of those in the top 10. 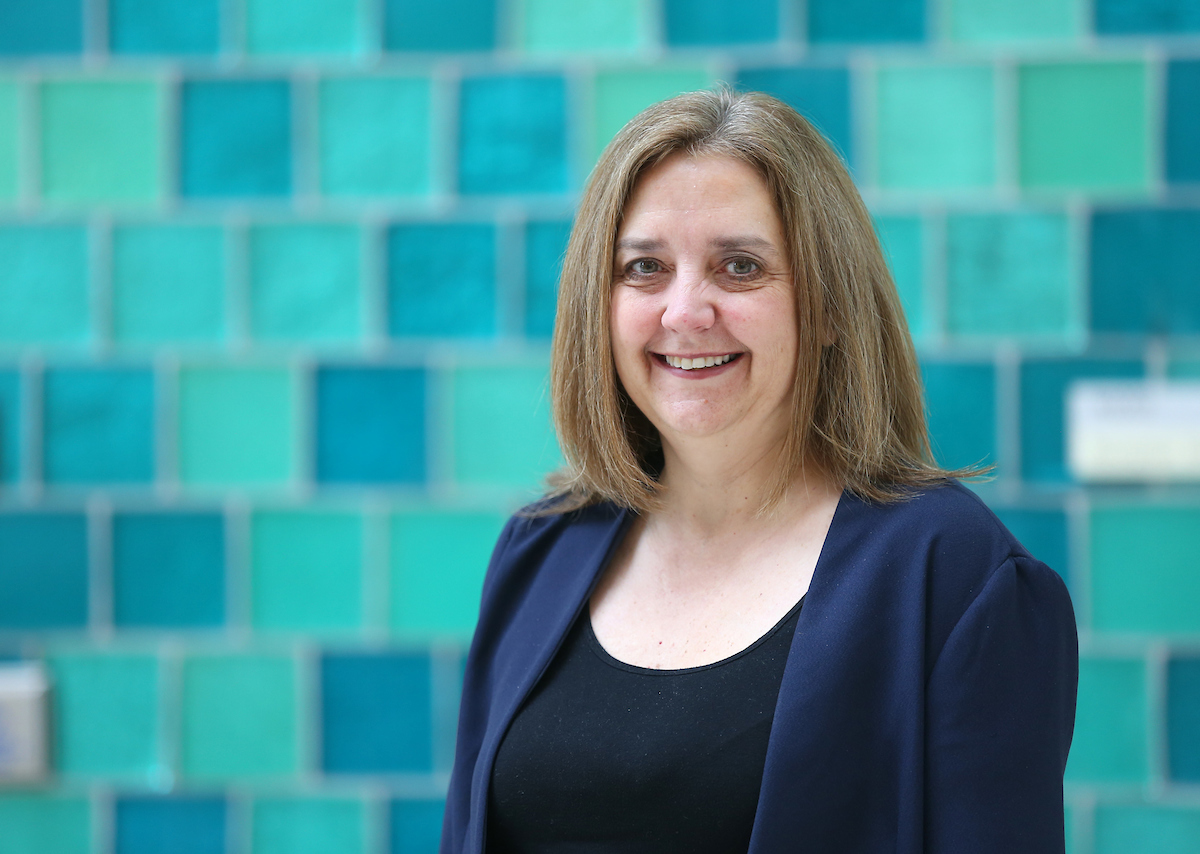 An exceptional performance, said Dr. Cox, chief medical officer for Riley. And it’s not a fluke.

“The big boys didn’t just drop off; they’re still there and we’re right with them. I think our teams have known in their heart of hearts that they’re as great as everyone else, but there it is on paper. It is validating.”

The surprises this time included cancer moving up as far as it did, a “phenomenal” showing, she said. “That’s the biggest movement Riley’s ever had up the scale. Usually, it’s slow but steady progress – you’re not going to suddenly jump, and yet two of our teams jumped.”

She points to revolutionary new cancer treatments, specifically CAR T-cell therapy, for raising Riley’s profile, in addition to its participation in CureWorks, a cancer study collaborative out of Seattle Children’s. Riley is the only Midwest site accepted into the program, she said.

The heart team making it into the top 10 is another big leap, but their results speak for themselves, she said.

Riley’s heart team is now on everyone’s radar, Dr. Cox said. “We’ve been good for a long time, but now the nation is aware.” 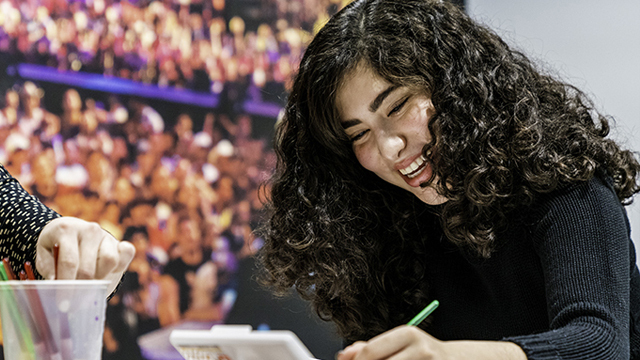 Paulina Nieto can speak from the heart about Riley’s cardiac team. Now a college student, she has been a Riley kid most of her life. She has received two heart transplants at Riley. The rankings let everyone else know what she has long known. Riley is a special place.

“It makes me feel hopeful for the future because technology is advancing year by year,” she said. But more than that, “it shows how awesome the people are there.”

“It makes me feel really proud to be a Riley kid.”

Austin Hewitt is equally proud of the hospital that helped save his life from cancer, not once but twice. Ewing sarcoma sapped his strength and took one of his legs, but he never gave up. Today, the 18-year-old is celebrating his high school graduation, working two summer jobs and planning for college in the fall.

“I got the whole shebang at Riley,” he said. “My first round with cancer I was inpatient like the entire year. The second time I got diagnosed I was outpatient. So I’ve been able to see both sides of the oncology ward.” 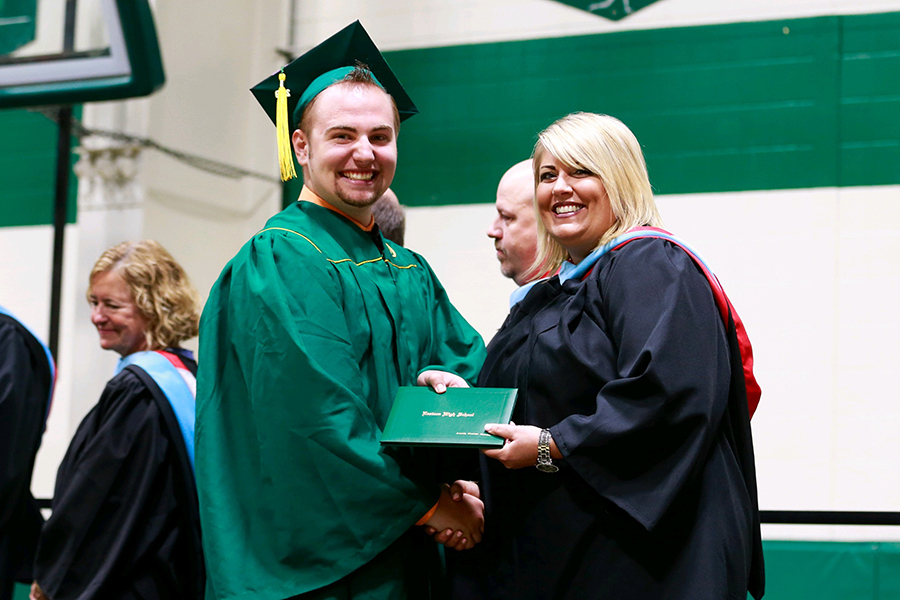 That first diagnosis was Austin’s first time ever in a hospital as a patient. The experience, he said, was “awesome.” Not the cancer, but the care. “It really did feel like a second home. They did a really good job of getting to know me and filling in for my missing friends and family.”

Austin remembers a nurse in the outpatient clinic who helped him deal with his fear of needles.

“I am terrified of needles and blood. A cancer patient is poked over 400 times a year,” he said. “She made all 400 pokes so much simpler,” thanks to a process of breathing exercises she created. “She made a huge impact on me.”

He keeps in touch with her and other team members because for him, they truly are family now.

Riley’s respected urology team is well-known throughout the world, which helped it secure a top 3 spot in the rankings this year.

The ortho team’s move into the top 50 pediatric hospital programs in the country (No. 40) is good news for its new chief, Dr. John Dormans, but it’s just the beginning.

“We plan to continue to grow and build the program here with advances in access, sub-specialization, additional safety/quality initiatives, diversification, progress in clinical and basic research, and the creation of three new categories for pediatric orthopedic fellowship training,” he said. “We want to continue to move the needle and make advances every year.”

Other ranked teams at Riley are diabetes and endocrinology at No. 13, nephrology at 15, gastro and GI surgery at 16, pulmonology at 17 and neurology and neurosurgery at 24.

Neonatology fell off the top 50 rankings this year, but the team has worked hard and made a lot of advancements, Dr. Cox said, and she has the same message for them as for the hospital’s other teams: Celebrate the wins, learn from the losses, and continually strive to get better – not for the rankings but for the patients.

“As the CMO who is ultimately responsible for the quality here, I want to make sure that we’re focusing on the right thing – that we’re doing great work. How do we continue to do great work and how do we do even better work? The rankings will take care of themselves.”

The U.S. News rankings, which are trumpeted by top-performing hospitals around the country, are a mammoth undertaking. The survey itself is three parts: structure (staffing ratios, recommended services, alignment of personnel); process (reputation score, measures like hand-washing, vaccination rates, monitoring the right things at the right intervals); and outcomes (mortality rates, infections, delays in care, neurologic complications).

There are more than 1,000 questions, and each team pulls the data, then meets with Riley’s quality team on a regular basis.

It’s a ton of work, Dr. Cox said, but it’s a collaborative process. “They own it.”

And it’s worth the investment of time because it measures quality, she said. “This survey makes no bones about what it’s trying to get to – quality and safety. This is the survey we care about. It’s our core value – deliver safe care to children.”

When the survey first started, it was built around structure and reputation, so name recognition carried a lot of weight. It still does, but process and outcomes are becoming more and more important.

Over the years, the survey has refined the questions to get to the heart of quality issues, said Dr. Cox. That’s what consumers want to know, and the rankings are for them – parents who need the best care for their child.

“The point of the survey is to raise the bar of the quality of care for children, so how do you measure up to that? Whether you’re ranked or not, we want to do the best.”

And just maybe toot our own horn a little more.

One of our uphill battles is our Midwestern sensibility, she said. “We’re very modest, we don’t brag. We’re just playing hard and we want somebody to notice.”

But authoring articles and speaking at conferences not only builds a hospital’s reputation score, “it’s about being a leading voice in children’s healthcare.”

We’re doing great things, and we deserve a seat at the table, she said. “People should hear what we have to say.”

As she reflected on the rankings released last week, Dr. Cox said celebrating the wins across the hospital is important, but continually improving the care as Riley closes in on its 100th birthday in 2024 is No. 1.

“People say Riley has a certain heartbeat. I think most of us think of Riley as this living, breathing thing. It’s humbling because you know that she will be here long after you’ve come and gone. She’s our mother ship.”

Rankings aside, she said, “I believe we do our absolute best for every child. They are cared for as well as treated, which in my mind is different. And I believe they get as good of care as they would get anywhere. The barometer is, would you let your family be treated here? I wouldn’t let my family be treated anywhere else.

“I’m just so proud of our team. Every day. And now the rest of the world knows.”