‘If I can make a kid smile, I know it makes a difference’

“What did one snowman say to the other snowman? Sniff, sniff. Do you smell carrots?”

Tim Conlin is the king of corny jokes. He’ll fire off up to a dozen during his shift as a respiratory therapist at Riley Hospital for Children. Some are for the benefit of patients, others for team members.

All bring a smile, if not a groan.

“What do you call a cow with no legs?”

You don’t often hear laughter coming out of the rooms of cystic fibrosis or asthma patients, but if Conlin is on the job, you just might.

Lizzi Burke and her mom, Belinda, break into smiles the second he enters Lizzi’s room at Riley.

He’s known the family for years, helping Lizzi, 14, with breathing treatments for her CF, but more than that, giving them something to smile about. 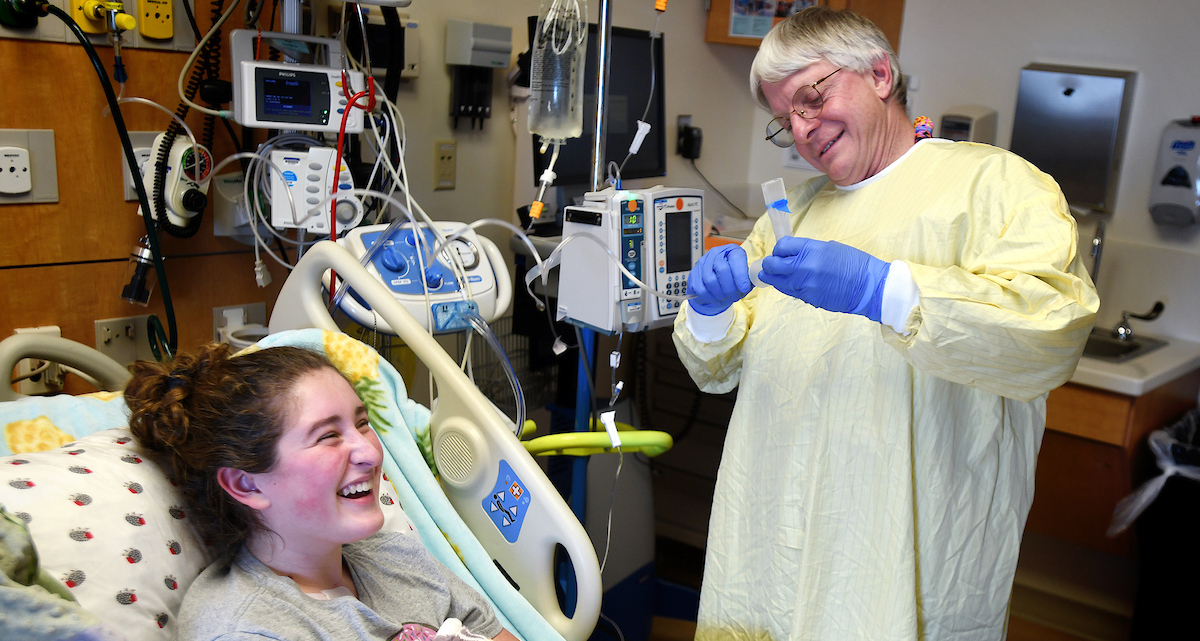 “She could be down, and he’ll come here and make her laugh,” Belinda Burke said. “He tells jokes, he’s very giving. Every Sunday that we’ve been here, he brings doughnuts. He’s brought pizza.”

But most importantly, she said, “He always brings cheer and joy.”

Conlin, who looks a little like one of his favorite singers, the late John Denver, has been a respiratory therapist at Riley for nine years, just a fraction of his long career in the field, starting in his hometown of Chicago.

In those nine years, he’s won no fewer than 13 Red Shoe Awards, an honor given to team members who exemplify the commitment, compassion and caring spirit shown by Mindie Bailie, a Riley NICU nurse in whose name the award was founded after her death in 2001.

“On behalf of my son Charles, I nominate Tim because he is a very kind soul,” wrote one parent in a nomination from November. “He has touched our lives more than he knows when it comes to the care of my son and his asthma. He really has a heart of gold.”

Another parent of a little girl who was brought to the emergency department with a severe asthma attack, said this: “The staff at Riley is amazing, and we are grateful for all of the care we have received, but Tim is one in a million and should be recognized for his tremendous work, care and respect.” 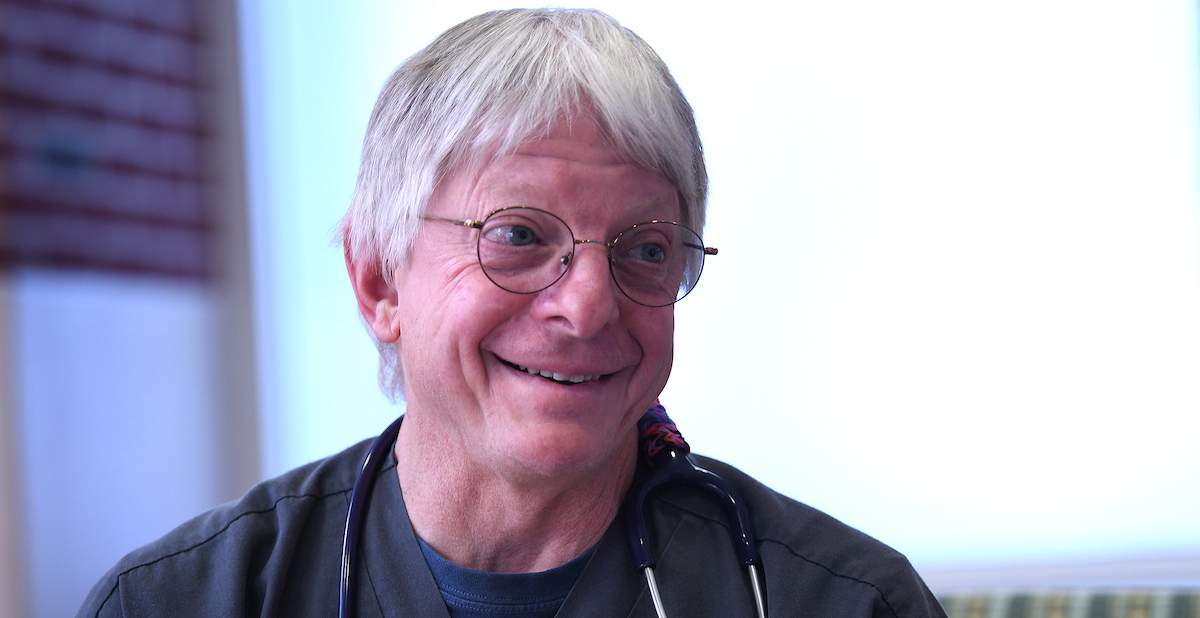 While Conlin, 61, appreciates the comments, he’s uneasy with the recognition. He is, he said, no different from any other Riley staff member.

“Everybody is exceptional here for sure,” he said. “That’s what makes this a special place, and it takes a lot to work here. To see kids who are suffering and sick, it’s certainly not easy at times, but everybody does a great job.”

Conlin might never have come to Riley if not for a six-month internship he did here early in his career. He was interested in learning more about pediatric respiratory therapy, and he did, but it was tough.

“There was a little boy who didn’t do very well, and it broke my heart because I couldn’t do anything more for him. I thought, ‘Man, I can’t deal with this pain,’ and decided I can’t work in pediatric intensive care.”

That was in the 1980s. Medicine, therapy and Conlin have come a long way since then. He and his wife, Kris, later moved to Indianapolis from Chicago, and he went to work at St. Vincent Hospital, helping to open their NICU and becoming the hospital’s full-time asthma coordinator.

Another job change took the couple to Colorado, which Conlin loved for the opportunity to embrace his inner John Denver – “Rocky Mountain High” and all that.

Then it was back to Indy, where Riley was waiting. And by then, Conlin was ready.

“Even though I may not be able to cure kids or make them feel 100 percent better, I realized that it’s not so much about the medicine,” he said. “It’s more the personal care, the contact, making someone smile and maybe laugh and help them forget about their sickness.”

As day shift supervisor for respiratory care, Greg Hein has seen how much compassion Conlin brings to his job.

Beyond his years of clinical experience taking care of pediatric respiratory therapy patients, Hein said Conlin also serves as an asthma educator for patients and families.

“His service is selfless and full of passion. On many occasions I have witnessed Tim going above and beyond, both on and off the clock, to take care of needs. His record of Red Shoe Awards clearly reveals his heart.”

Many of Conlin’s patients, or co-workers for that matter, may not know that he was an asthma patient himself. He was in the hospital a few times as a child and remembers how scared he was.

“Things were much different then,” he said. “Now, if I can make a kid smile, I know it makes a difference.”

Of course, for some patients, those smiles don’t come as easily. Corny jokes might not do the trick, but Conlin doesn’t stop there. How does he get through? He finds out what they like to do – if they like to draw, he’ll bring in pencils and art supplies. He might show them pictures of his rescue dog, Cassie, whom he adores. And doughnuts from Long’s Bakery are always a hit.

“I look at it this way,” the husband, father and grandfather said. “I can do so much more as a person than maybe as a therapist. That’s why I really enjoy working here. You can make a child smile and make their day and their family’s too. That’s what everybody tries to do here, because who wants to be in a hospital?”

And healing, Conlin said, may not always come from medicine.

“It comes from laughter, peace and love. You many never hear a thank you or get a Red Shoe Award or never know how much of an impact you made. But just by being compassionate and caring and genuine, I think you can heal them so much.”