Music has always been Leah Crane’s passion. As a social worker with IU Health she recently had the opportunity to combine that passion with her hospital role. Crane joined 50 other singers in a goose-bump inducing rendition of “God Bless America.”

The musical tribute became so popular it is now being aired on news stations around the country. The arrangement was written in 1992 by one of Crane’s musical associates Paul Langford. Crane said it took him 30 hours to mix the virtual recordings. Indianapolis-based Erik Foster produced the two minute 30 second video. Another Hoosier, Cameron Sprinkle edited the video that showcases healthcare workers around the country.

The A Capella arrangement includes a dozen Indiana voices and others from around the country including California, New York, Texas and Maryland. Each singer submitted three tracks so there it’s essentially a 150-piece choir.

“I was uneasy about sending a video of myself singing, but then when I heard that it was going to be mostly images of the nurses and doctors on the front lines, I felt more excited,” said Crane.

A 1997 graduate of Pike High School, Crane was active in the school’s show choir and high school musicals. She once played the role of “Ziegfeld’s Favorite” in “The Will Rogers’ Follies” and won the solo division of the national Showstopper competition. After graduation she headed to IU Jacobs School of Music with dreams of performing professionally. She studied abroad her junior year in Vienna, Austria and when she returned she joined a mission trip with her church to Washington, DC. 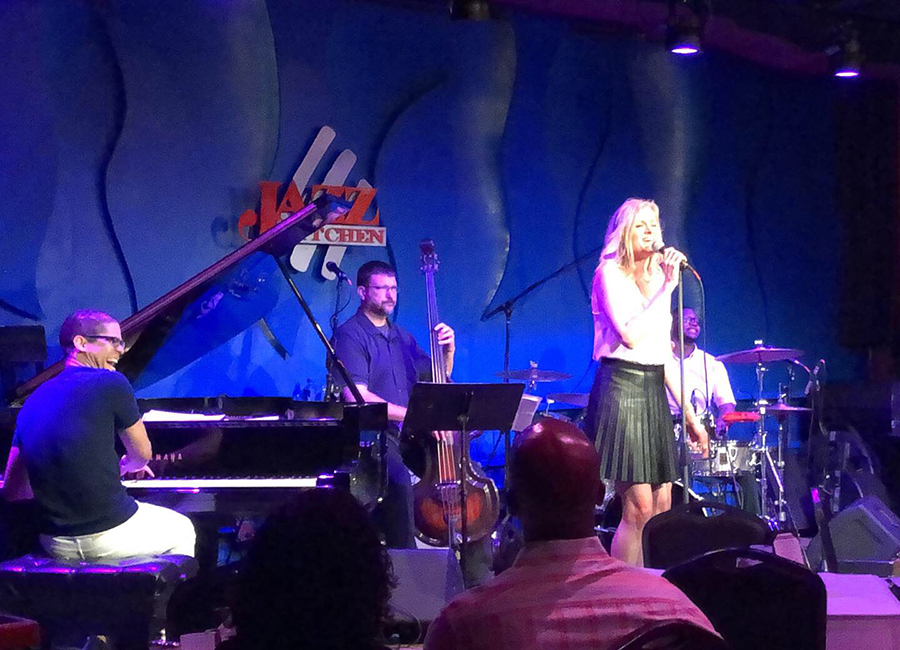 She said that’s when she decided she wanted to study social work. She currently works with open-heart patients at IU Health Riley Hospital for Children. Crane’s public performances have included regular solos at Second Presbyterian Church and the Jazz Kitchen. She has also performed for various parties and fundraisers, and records demos for music publishers.

“Many of the singers on this recording are people that I work with on a weekly basis in the studio,” said Crane. “We haven’t been able to record since the quarantine and we all miss singing together. It was a way to be able to work together again virtually. I was so proud to be able to honor all of the first responders that are working to hard on the front lines.”

From Carnegie Hall to dignitary funerals - Riley social worker sings - When long-time US Senator Richard Lugar died in April, it was a social worker with Riley Hospital for Children at IU Health who was asked to sing at his funeral. Now she’s preparing for her first concert in the famed Carnegie Hall.