The babies -- those premature, critical babies -- Dr. Mandy Harris couldn’t get them off of her mind.

She would stay up into the wee hours of the morning at her home, sometimes all night long, monitoring the EEG of a really sick baby at Riley Hospital for Children from her computer.

“She was all about anything to help babies,” said Celeste Merz, a neurology diagnostic specialist, who worked with Dr. Harris. “They might as well have been her own children.”

Dr. Harris, 41, a neonatal and pediatric neurologist at Riley, passed away last month due to complications from diabetes. 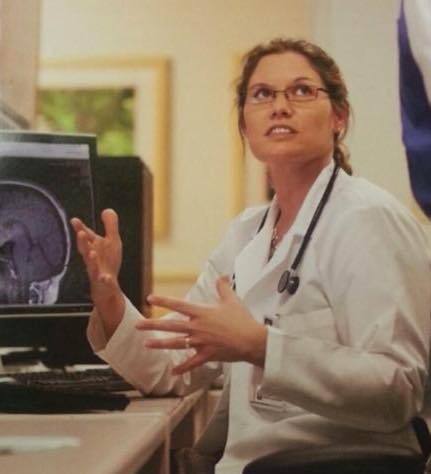 She left a void in Riley’s neurology department, emptiness. Dr. Harris was one of those down to earth doctors, Merz said. Nothing was beneath her. And nothing was too much to ask of Dr. Harris, not even staying up all night to keep up with a sick baby.

Even if she had to be back at the hospital first thing the next morning, she would come in on zero sleep with a smile -- and start caring for those children all over again.

“She was a genuine human being,” said Tina Miller, also a neuro diagnostic specialist. “We’ve been trying really hard not to cry.”

They have cried, of course. But through the tears, Miller and Merz came up with a way to smile -- a way to honor Dr. Harris, to carry on her legacy of caring for children.

And it came in the most unlikely form – in the form of tiny jellyfish. 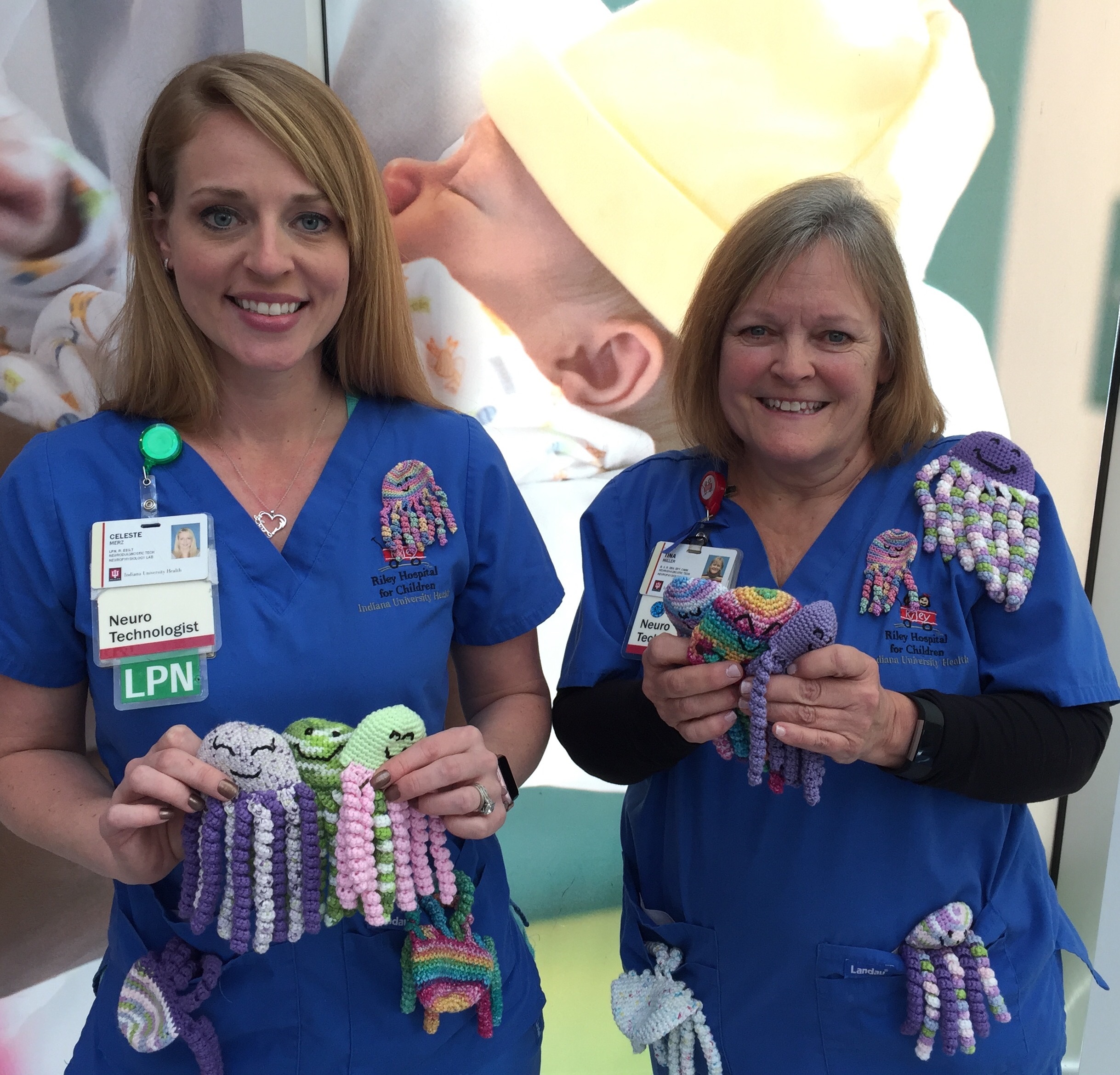 When a tiny, crocheted jellyfish is put into the hands of a premature baby, they grab onto the tentacles.

It feels like an umbilical cord to their little fingers. It keeps them from pulling on their tubes and IVs. It calms them and soothes them and, research has shown, may help them become healthy more quickly.

Just weeks before Dr. Harris passed away, Miller came upon a Facebook post about all of this, about hospitals with similar programs for premature babies.

Miller loves to crochet and so does Merz, so they decided to present the idea of these developmental aids, these jellyfish, to Riley’s neonatal intensive care unit team. The answer was yes.

The women named the program Jelly Buddies. The jellyfish will only be given to NICU babies that are intubated. Once they are well enough to be safe sleep eligible, the jellyfish won’t be allowed in their cribs. The Jelly Buddies will graduate to keepsakes.

Together, Merz and Miller, along with her daughter, Kelsey Miller, have crocheted about a dozen jellyfish.

Their goal is to create 700 jellyfish, paying tribute to the 700 babies estimated to have been treated or saved by Dr. Harris.

Miller and Merz aren’t sure yet when the jellyfish will get into the hands of those babies.

Right now, they need volunteers to help crochet; it takes about two hours to complete one jellyfish. For people who can’t sew, Jelly Buddies could also use yarn donations. Those interested can find more information here.

Each jellyfish will be packaged with a safe sleep card and a card letting people know they were made in honor of Dr. Harris.

Merz and Miller can’t think of anything that would have made Dr. Harris happier, than to see a tiny baby being soothed by a jellyfish.

“She would have just loved this,” Merz said.

The First Choice, From Their Very First Breath

When Jessica Bell was born two months early, her parents Kara and Jim Bell weren’t sure what the...

“My mom is a nurse, and I always wanted to be one too,” Shauniece Griffin says. “But after watching the nurses take care of Jamaree—and getting so much comfort from them myself—I decided I wanted to be a neonatal intensive care nurse.”