Dr. Mark Turrentine leads a Riley team of physicians and nurses on another trip to Amman, Jordan, where they will operate on kids with congenital heart defects.

When cardiovascular surgeon Dr. Mark Turrentine goes on vacation, he’s not looking to relax. He’s saving the lives of some of the world’s most vulnerable children.

The Riley Hospital for Children surgeon is leaving this week for Amman, Jordan, the latest in his more than two dozen medical mission trips to the Middle Eastern country. 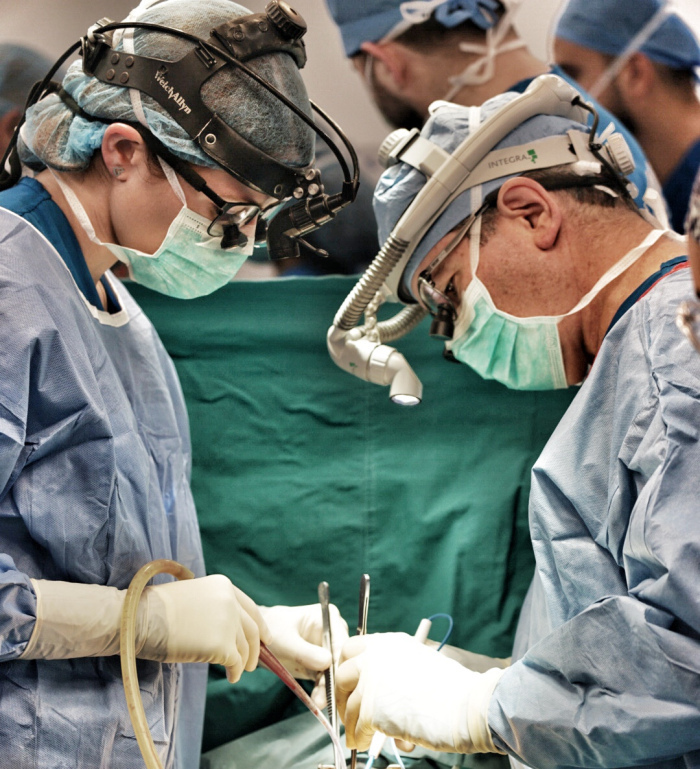 Once on the ground, he and his Riley team of physicians and nurses will review the cases of 15 children who have been referred for surgery. Thirteen of those patients are scheduled to undergo open-heart surgery, and two will have heart catheter procedures. Over the course of five days, the team will operate on patients as young as three months up to age 12.

While the medical team donates its time, the trip is supported financially by charity organizations Gift of Life, Chain of Hope and Veterans Rebuilding Life.

The veteran component is unique to this particular mission. It is expected to have a healing effect not only on the patients but on veterans who served in the region in the global war on terror, said Dre Popow, a spokesman for VRL, which also assists veterans with job placement, housing, medical treatment and legal services.

“We connect veterans that have endured severe combat situations that often involve collateral damage – very often children who were harmed in the crossfire,” he said.

The advanced combat stress disorder they suffer takes a toll on their daily lives, Popow said, but instead of relying on medication or other quick fixes, “we connect the veteran with a child mission.”

“They are able to find redemption through the work they do,” he said. “They couldn’t save the child in the combat situation in the past, and they can’t do anything about that memory now, but they can save this child, who is being affected by the same war that they were once a part of.”

The nonprofit is covering the transportation costs for an Iraqi child and his or her parent or guardian to come to Jordan for surgery. To do this, VRL organizes fundraisers and relies on a support network of volunteers to fill additional needs, including temporary housing, interpreters, legal services and in-kind contributions from medical suppliers.

Being involved in raising money and providing assistance for the mission is therapeutic for combat vets, said Popow, who served in Fallujah, Iraq, as a member of the U.S. Marine Corps.

“When the veteran helps a child, the child helps a veteran.”

HE KEEPS GOING BACK

Dr. Turrentine, who also has led medical missions to Lebanon, China and Uganda, feels a sense of responsibility to these children he’s never met because most would otherwise have no access to lifesaving care.

“I know that 80 to 90 percent of these kids will never get to surgery if we don’t take a team there,” he said.

The dozen or so children he and his team will treat on this trip are just a fraction of those who need care.

“I’ll tell you what was hard these last three weeks was when I finally got files for a batch of kids – about 50 of them – and I had to pare it down to 12 to 14. All these kids would get operated on if they were here in the States.”

So he starts looking at where he can plug these “leftover” kids in for the next trip and the trip after that, and by then he has another 50 or more patient files that show up on his desk.

“It’s incredible the volume of kids over there who need heart surgery. Here in the States you’ve got surgeons stumbling over themselves because there is more capacity than there are patients. Over there, you have very little capacity and a whole lot of patients.” 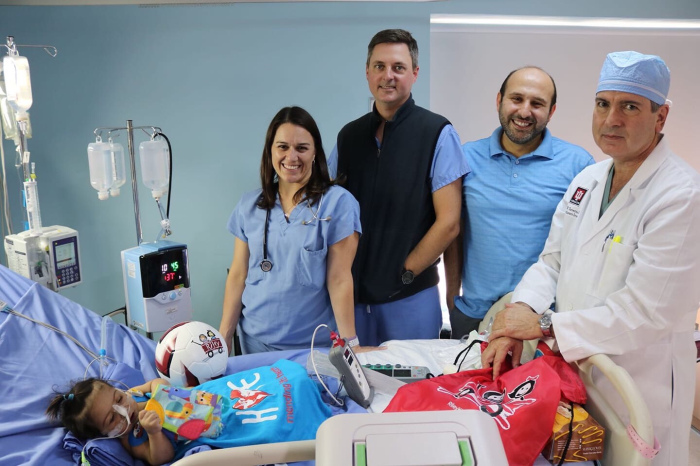 In this part of the world, access to surgical intervention for children with congenital heart defects is limited, he said. As a result, a diagnosis too often is a death sentence.

Riley critical care physician Dr. Riad Lutfi knows too well how the lack of resources due to war and political turmoil in the region leads to children suffering needlessly. A native of Syria, he has been on a half-dozen medical mission trips to Jordan with Dr. Turrentine.

“It’s kind of his vacation, but it’s a lot of work,” Dr. Lutfi said of Dr. Turrentine’s commitment to the cause. “It’s a very exhausting trip but totally worth it. We come back tired, but then start counting the days until the next one.”

And of course there’s always a next one. The team will return to Jordan in November.