He saved their lives as children; now they work with him at Riley

“I’m very proud of them,” Dr. John Brown said of the two cardiac care team members, Dr. Mark Ayers and nurse practitioner Nichole Gralia. “They both reminded me that I suggested when they were teenagers that they go into medicine, and evidently it stuck.”

The baby was blue when she was born. Without open-heart surgery, she would not survive. Fortunately for her, and thousands of other children like her, she had Dr. John Brownby her side. 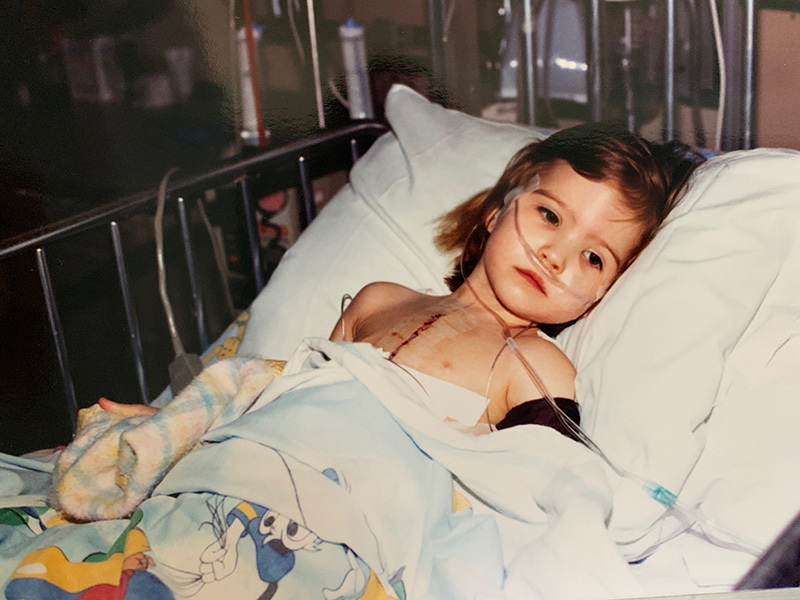 Nichole Gralia doesn’t remember that life-saving care she received as a baby, of course, but she would go on to have three more surgeries with Dr. Brown at Riley Hospital for Children at IU Health, including a pulmonary valve replacement.

Today, the 32-year-old mother of two works alongside her mentor and hero as a nurse practitioner in the cardiac cath lab at Riley.

“Sometimes it’s still surreal to be working here with him,” Gralia said.

Mark Ayers was 9 when he first met Dr. Brown. He’d been sick for a few weeks, then hospitalized after his pediatrician detected a heart murmur.

“I was in the hospital for a month, so I was scared. I didn’t know why I couldn’t go home,” he said. “I was not a happy camper.” 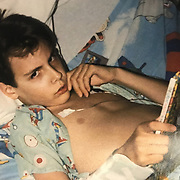 He was diagnosed with bacterial endocarditis, an infection that destroyed his aortic valve.

He too would undergo open-heart surgery by Dr. Brown – three times – then follow him into medicine. Today, Ayers is Dr. Ayers, a 37-year-old pediatric cardiologist at Riley.

SHOW ME YOUR SCAR

Both former patients decided to go into healthcare after gentle prodding by Dr. Brown, who wishes more young people would take his advice.

“I’m very proud of them,” the renowned pediatric heart surgeon said. “They both reminded me that I suggested when they were teenagers that they go into medicine, and evidently it stuck.”

It’s a question he asks a lot of his patients: What are you going to be when you grow up? “I always suggest that medicine is not only a lot of fun, but you get to work with a lot of cool people and get to do a lot of cool things in a great place,” Dr. Brown said. “And kids get better for what we do.”

Gralia and Ayers met in the cath lab at Riley when Ayers was doing his fellowship. When the two started discussing what led them to medicine, and more specifically, to Riley, Ayers mentioned that he had undergone open-heart surgery multiple times.

Sure enough, the scar on his chest was similar to her own. 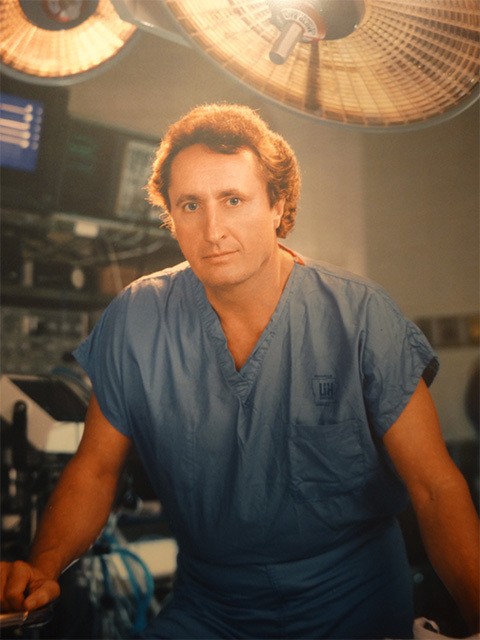 Dr. Brown estimates he has performed more than 15,000 surgeries in his four decades at Riley, including Indiana’s first pediatric heart transplant and first twin-to-twin transplant. He figures he has trained more than 100 heart surgeons, who now practice around the world.

Last year, he was awarded the state’s highest honor – the Sagamore of the Wabash.

As a young boy, Ayers couldn’t appreciate the skill of his surgeon. He remembered more clearly the nurses and other team members who cared for him day and night. But his parents remembered the quiet confidence of the man who would save their child’s life.

“They had complete trust in him,” Ayers said. They told their son later how he explained things in a way that made sense and let them know his focus would be on their child the entire time.

“His confidence makes you feel like it’s all going to be OK despite the fact that he may be walking into one of the most complex surgeries he’s ever done.”

Dr. Ayers sees all that now, but he admits when he was the patient, “I was kind of a grumpy kid. After the first surgery, I was having a pity party.”

He remembers recovering at his grandparents and watching his sister and cousins playing outside. He was angry that he couldn’t join them. When his parents tried to console him, suggesting that maybe he was meant to be a doctor, he decided they were on to something.

“I came to as concrete a conclusion as you can when you’re nine that I was going to be a heart doctor. I didn’t really know what that meant, but I was lucky enough through the years that it always remained interesting to me.”

It didn’t hurt that his mom frequently cut out newspaper articles about advances in cardiac care and made sure her son saw them.

These days, Dr. Ayers consults with Dr. Brown on his patients regularly. The surgeon’s operating room is across the hall from the cath lab, so they see each other often.

It never gets old, the younger doctor said.

“Dr. Brown is sort of that unattainable ideal. He almost makes you feel inadequate,” Dr. Ayers said, “just watching his work ethic, his bedside manner, his skill set, his dedication. You’re in awe because you know you’re never going to live up to that.”

At the same time, Dr. Brown is humble to his core.

“He’s confident, but he’s not arrogant,” Dr. Ayers observed. “He’s confident in his abilities and in his team. If anybody is trying to figure out how to be a good doctor, just follow him around and you’ll learn.”

The esteemed surgeon, who grew up on an Indiana farm, brings that Midwestern work ethic and mentality to medicine, putting in long hours until the job is done. 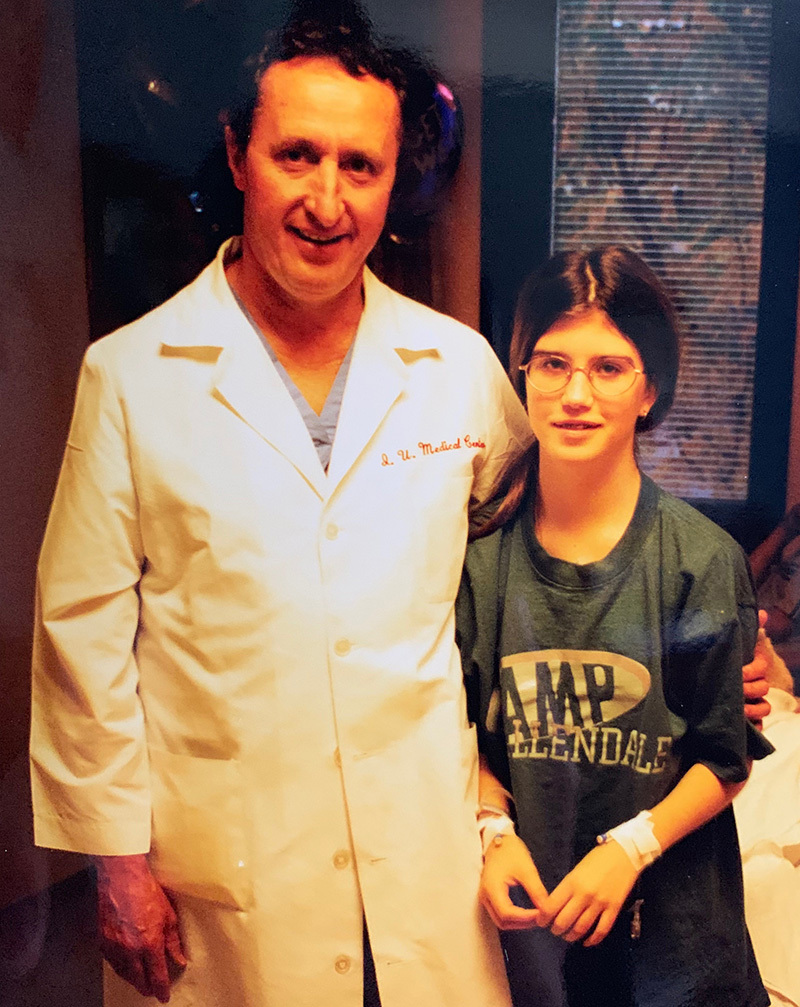 It’s gratifying to see former patients feel the same passion “for the kind of work we do together,” he said.

Looking ahead, Dr. Brown said Riley kids are in good hands with the younger generation.

“They enjoy what they do, and they are making a difference in people’s lives. And what better occupation could you be in – trying to save the lives of others, particularly children,” he said.

“I’ve loved it, and I hope they will love it as much as I have. What a privilege it is to do this sort of work.”