​He jumped from an ambulance into the PICU as a nurse

In a sea of red nurse uniforms, Jason Burnham stands out. He’s one of a half-dozen male RNs among 150 nurses working in the pediatric intensive care unit at Riley Hospital for Children.

It doesn’t faze him a bit. Because all of the nurses are like family, he says. “We’re very close-knit. We all have each other’s backs.”

Burnham has worked in the Riley PICU for four years. A native of Maine, he originally went to school to study architecture but decided sitting behind a desk was not for him. He moved to Indiana to join friends here and started working as an emergency medical technician in 2006, advancing to a paramedic two years later.

Though his emergency runs mostly kept him in southern Marion County, occasionally he would be called to transport a child to Riley.

“I knew at some point that me having the patient contact just on the ambulance side wasn’t enough. I needed more,” he said. “I would look into the trauma rooms and think, ‘I want to be on that side doing the extended care beyond what we do in the ambulance.’ That got me into nursing.”

He wasn’t sure what kind of nursing until he did his pediatric rotation at Riley. Then the choice was clear.

“As adults, we do a lot to our bodies that cause us to go to the hospital, where these kids in my eyes are the innocent ones in medicine. They do nothing to contribute to hospitalization. These kids have a resilience beyond anything I’ve seen in an adult.” 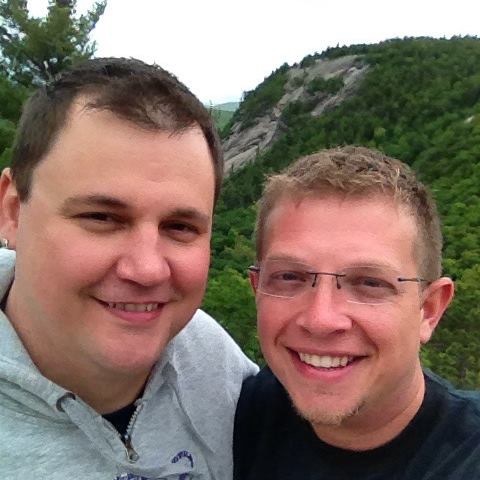 So he pours his heart and his skills into these fragile patients and their families. He and his husband, Rob, don’t have children of their own – unless you count their canine fur babies, Oliver and Odie. But Burnham said when he goes into work he treats his patients as if they were his own, certainly how he would want them to be treated.

“I’d do anything for these little kiddos.”

His passion and dedication are obvious to his colleagues in the PICU. So much so that he was recently nominated for the Margaret Martin Award, an honor handed out annually in the name of a former Riley nurse who epitomized the care and compassion it takes to work at the children’s hospital.

The letter of nomination said that Burnham’s ability to include family in their child’s care, explaining the medical care plan in terms they can understand is “a great asset and remarkable benefit to the PICU.”

Burnham, 42, grew up learning the value of caring for others. His dad was a career firefighter, and his mom worked as an EMT for a number of years. As a teen, Burnham volunteered as a junior firefighter. So why he thought he wanted to study architecture he can’t explain.

When he first moved to Indiana, he worked in the psychiatric clinic at IU Health University Hospital. He would sometimes walk over to Riley for meals because at the time, it had one of the better cafeterias, he said. “Whenever I walked through, I always thought this was a really cool place and it would be nice to work here at some point.”

And here he is, more than 15 years later, part of something even better than he imagined. Everyone is working to give kids the best life possible, he said.

As a paramedic, his job was to help those in their greatest time of need. It’s the same as a nurse, but being in the PICU has allowed him to fine-tune his critical-care skills and demonstrate the compassion it takes to work at Riley.

“It’s helping a parent bathe their child for not only the first time but also for the last time,” he said. “It’s bringing a smile to the face of a patient who is alone, and in a foreign place, to make it a little less scary. It’s being there for a family who is seeing the patient for the first time with many tubes and lines, helping them cope and understand what is happening.”

It’s a deeply personal and vulnerable time for kids and families, he said.