He Is The Kindest Riley Resident Of Them All

Dr. Peter Baenziger just won an award for his compassion and care, for doing kind things for patients when no one was supposed to be watching. No surprise he’s set to start a fellowship in palliative care, helping families as they make tough and heart-wrenching decisions.

The family had no idea this guy was a doctor -- what with his ponytail and beard and his giddy, helpful demeanor.

But as they sat on the hood of their car in Riley Hospital for Children’s parking garage a few months ago, that kind man with the ponytail pulled up to them.

Dr. Peter Baenziger was happy to oblige. He jumpstarted that patient’s family car in the Riley Outpatient Center garage. He smiled at how grateful they seemed and told them it was no trouble at all.

And then, he went on his way.

Dr. Baenziger never told that family he was a doctor. He didn’t tell them he was just coming out of clinic.

No one would have ever known that kind gesture even happened -- except another physician was watching.

And as he watched Dr. Baenziger interact with that family, he realized what other patients and families and staff and doctors at the hospital already knew.

This Riley resident was something special.

Dr. Baenziger, a 33-year-old father of two, has officially been named the most compassionate and kindest of all resident physicians at Riley for the 2017 graduating class.

He earned the ultimate Red Shoes Award last month, given to the graduating resident who has gone above and beyond to take care of patients and their families, who has done it with little fanfare and when no one is supposed to be watching.

It makes sense that Dr. Baenziger is now set for a fellowship in palliative and complex medical care for children. 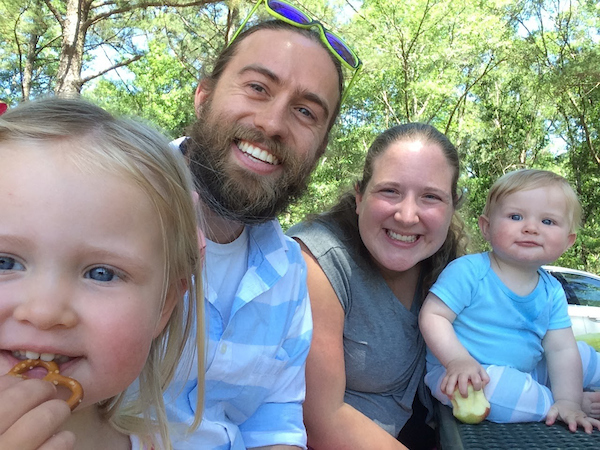 “I just kept being drawn to the chronically sick or dying patients and trying to understand how their family was processing that,” Dr. Baenziger says. “The communication and the way you help families make decisions in that kind of medicine is probably my strength.”

It’s a strength Dr. Baenziger attributes, in part, to being the only boy in a family of four children. He says his sisters gave him a big dose of emotional intelligence growing up.

Born in Danville, Ind., Dr. Baenziger calls the place he was raised “country town.” His family owned a piece of property with a lake and some farmland.

“Romping around there, stomping in the creeks, building dams and tearing them down, playing with the dogs,” Dr. Baenziger says. “That’s what we did.”

At Danville Community High School, he was involved in a little bit of everything – academic clubs, theater, swimming, cross country, FFA and was even on the parliamentary team.

But at home, the medical world prevailed.

His mom, Garnet Harris, is a family practice physician in Danville. His dad, John Baenziger, is a clinical chemistry pathologist at the IU School of Medicine.

“I kind of grew up in the shadow of medicine,” Dr. Baenziger says. “Just hearing them talk over the dinner table about patients, mom checking a kid out on the soccer field.”

But Dr. Baenziger didn’t follow in their footsteps – at first. He majored in computational biology at the University of Maryland, Baltimore County, a college rich in science and technology.

After graduating, he went to work in the world of computers.

“I liked it because it was medical and helping people,” he says. But something was missing -- he never got to meet those people.

His wife, Jenny, just happened to be going to medical school at the time.

“She would come home with these patient stories of giving someone a diagnosis, delivering good news or bad news,” Dr. Baenziger says. “That sounded much better, more fulfilling than just having meetings all day.”

Not to mention, he and his wife had gotten to know each other through medicine. It was a major part of their lives.

They had met as tiny babies – and never parted.

Dr. Baenziger’s first trip out of the house after being born was when his mom took him to visit Jenny.

Jenny’s mom was also a doctor, the only other female physician in Hendricks County – besides his mom. 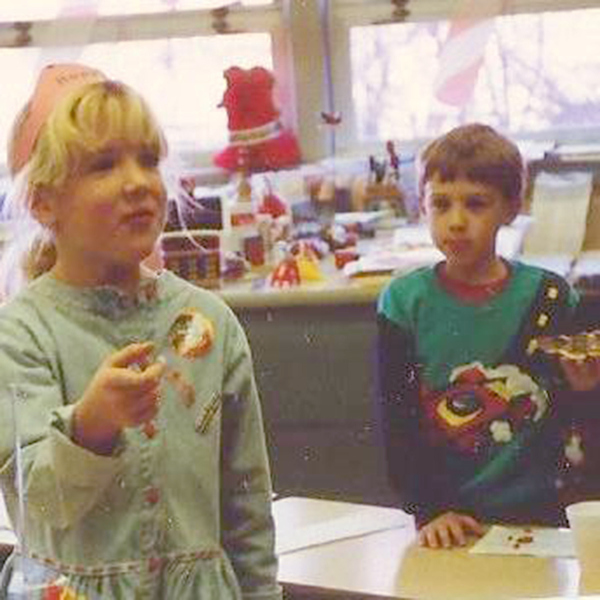 The two women formed a friendship and a bond. And then they both became pregnant.

Dr. Baenziger and Jenny grew up together, going on family summer trips together, to the zoo, to the parks, just hanging out.  And then, they started dating in high school.

Today, they are married, both doctors with two children – Maggie, 2, and son Tobie, 10 months old.

Dr. Baenziger wouldn’t mind having a few more kids. He smiles as he thinks about where he would like to be in 10 years.

“I would like to be seeing growth in the home palliative services throughout Indiana and be a leader in taking care of really sick patients and their families,” he says. “I would love to see my kids thriving in grade school and have even more kids.”

He would like to be at the bedside, with his compassion and kindness – caring for patients

And, it’s quite possible, he might even have started another car or two in the Riley parking garage by then.