“He is full of energy and life. He’s our little miracle”

After nearly a year in the hospital, Charlie Lane is home and cancer-free. The 4-year-old, who just returned from seeing Mickey and the gang at Disneyworld, has his hair back, his energy back and his life back.

What a difference a year makes.

Last year at this time, Charlie Lane was in the hospital, preparing to receive yet another chemo treatment for medulloblastoma, a brain cancer common in children.

His hair was gone, but his spirit was strong. It was the same spirit that carried the 3-year-old through 10 months of tests, surgeries, chemo and stem cell transplants at Riley Hospital for Children.

He spent his birthday and holidays in the hospital, but he came home in time for Christmas.

Today, that little boy is 4 years old, with a full head of hair and a mischievous grin. 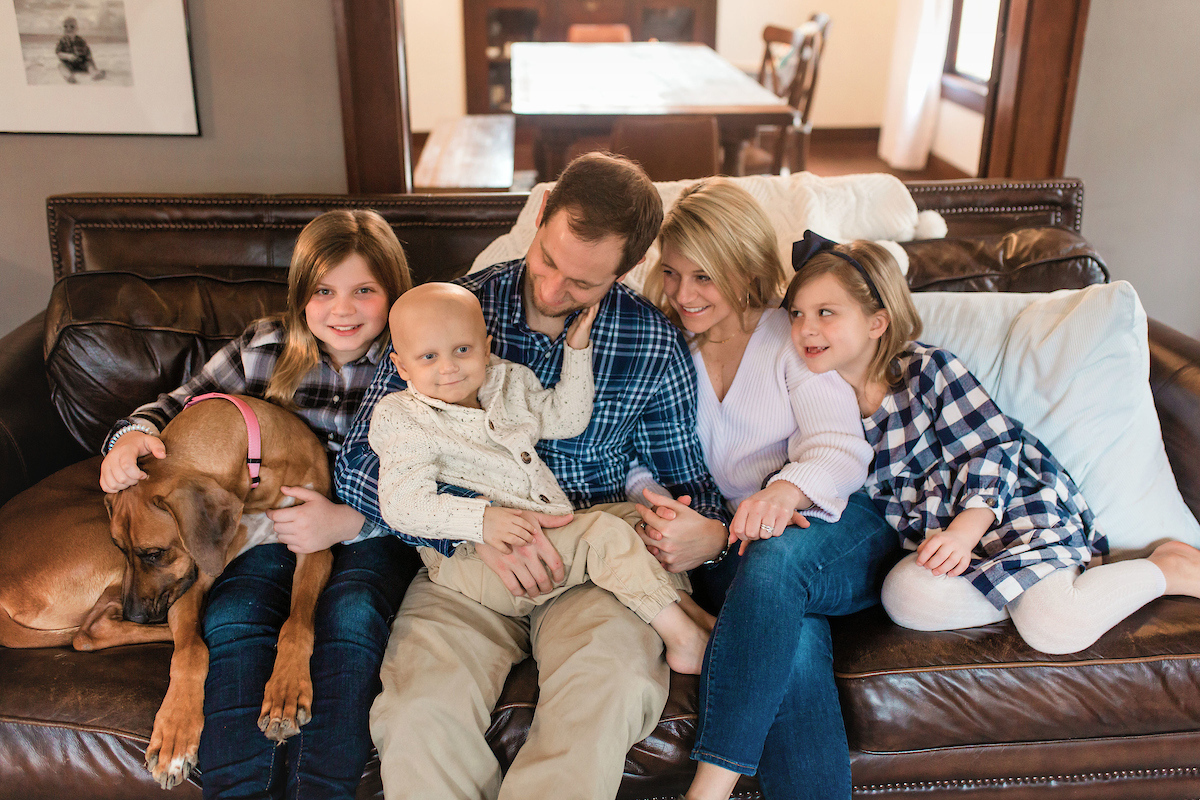 He is back in his comfort zone now, playing in the living room of the Indianapolis home he shares with his parents, Pat and Kate; two sisters, Sadie and Mary Grace; and his big, beautiful service dog, Princess.

“That’s my Princess,” Charlie says, as he points to the 80-pound Rhodesian ridgeback sitting like royalty on the sofa. His parents got him the dog from a nonprofit called Merlin’s KIDS in August of 2018, six months into his battle with cancer.

“We tried to find any resource to help him,” Kate said. “She brought him comfort, and she’s very much a companion to him and all of us.”

Princess wears a service vest when she is working, including during trips to Riley, but when she’s off the clock she is just another beloved member of the family.

HAPPY TO BE HOME

There’s a fire in the fireplace on this crisp autumn day, and the girls are in school, so it’s a cozy morning for Charlie and his mom to chat with visitors.

Charlie is back in preschool three times a week, making up for lost time spent in the hospital. He does physical therapy weekly at Children’s TherAplay in Carmel, which offers horseback riding as a form of therapy.

A lover of music, he also enjoys music therapy sessions twice a month. In fact, music was a big motivator in his recovery while hospitalized.

One side effect of the chemo he received is hearing loss, his mom said, so he is being fitted for hearing aids. He talks – a lot – but his speech is sometimes difficult for those outside his family to understand. He might need speech therapy down the road, Kate said.

“Chemotherapy is a wonderful thing, but it comes with a lot of toxic side effects that he’ll deal with for the rest of his life,” she added. “But we’re grateful for it because it saved his life.” 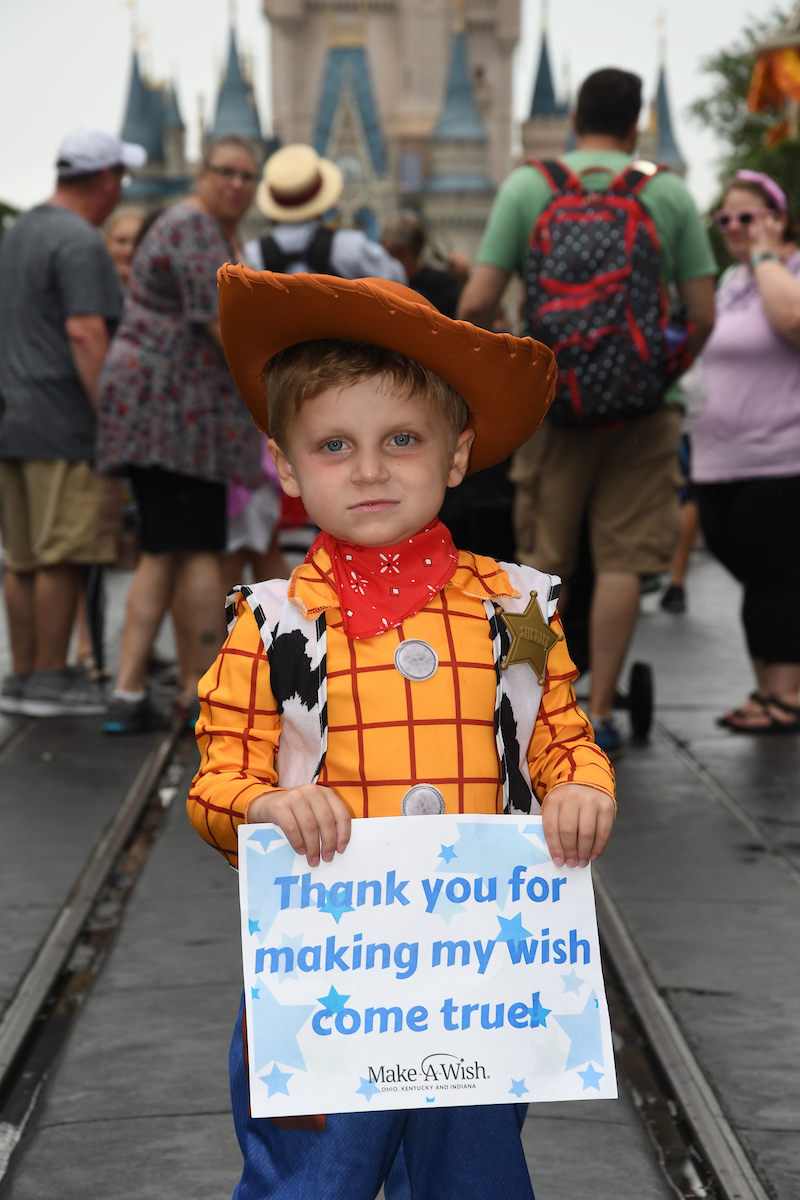 Charlie is a happy guy who still loves Mickey Mouse, Paw Patrol and PJ Masks. He and his entire family just returned from his Make-A-Wish trip to Disneyworld, where he got to see his favorite character.

“I went to see Mickey,” he booms in a deep voice. Asked if he saw Goofy and Pluto, he nods and says, “Pluto doesn’t talk, he barks!”

While at Disney in October, Charlie dressed up as Woody from “Toy Story” for the amusement park’s Halloween party.

It was a joyous time for Charlie’s extended family.

“The best part of Disney was everyone being together,” Kate said. “Everyone chipped in during treatment, so for everyone to be there and to get to see him in that moment and be there celebrating was really nice.”

Charlie was discharged from Riley on Dec. 16 of last year, but he returns regularly for clinic visits. He gets MRIs of his brain and spine every three months. On Oct. 16, the MRI showed no evidence of disease. Doctors closely monitor his blood work and his immune system, and he recently was able to get immunizations again.

“We’re at Riley a lot still, but we’re not living there, so we’ll take it,” his mom said. 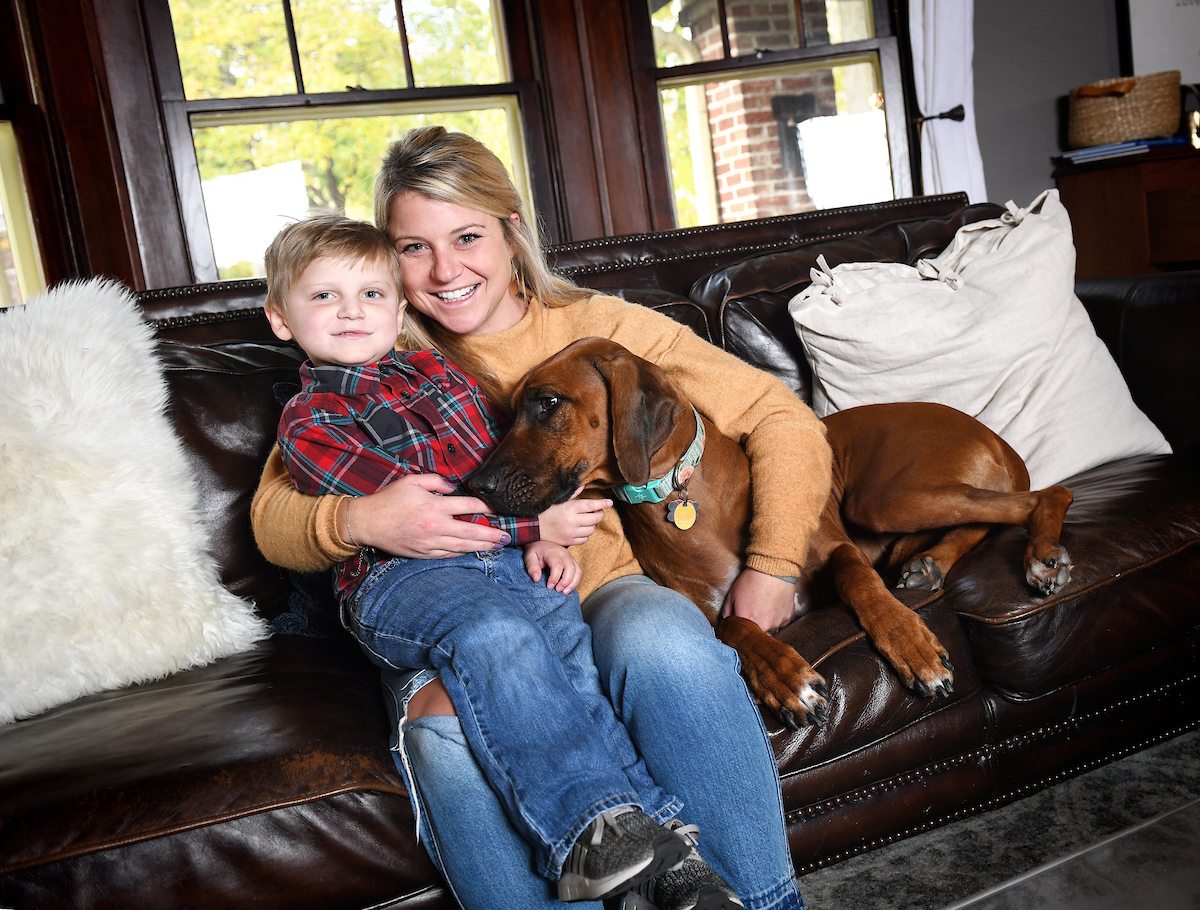 Charlie had a G-tube for nutrition initially, and it took a while for him to overcome an aversion to chewing and swallowing, but now he’s able to eat by mouth without feeling nauseous.

“The biggest transition from life in the hospital is not giving Charlie everything he wants, but he still wins a lot,” she said with a laugh.

Pretty much all of 2018 was a blur to Kate and Pat and their extended family.

“It was traumatizing, it was devastating, especially at the beginning,” Kate said.

What helped them cope was their support system – known as Charlie’s Angels – who walked beside them during the journey, cooking meals, holding fundraisers, babysitting and praying.

Still, some days she wakes up and wonders if it all really happened because it feels surreal. Other days, she thinks about it all day.

“We appreciate the normal everyday things that were taken away from us for a while. There’s still that anxiety and fear of it coming back and having to do this all over again. But we focus on how well he’s doing. It relieves the anxiety.”

“He is full of energy and life. He’s our little miracle.”