David Newman never thought he would be a NICU nurse. But he adores it. He loves being an advocate for those patients too small to have a voice of their own.

He was managing a steakhouse, making sure the sirloins and baked potatoes were served up just right.

When it hit him. Out of the blue. Just like that.

“One day, I just showed up and decided it wasn’t for me anymore,” said David Newman, 41. “I felt like I wasn’t doing enough. I felt like I could do more.”

Do more? He most certainly did.

Newman is inside Riley Hospital for Children. He’s in the neonatal intensive care unit.

He is a nurse, caring for the tiniest and sickest of patients. Preemie babies. Surgery babies. Babies having seizures. Babies with spina bifida.

It’s a tough nurse to be, Newman says. He feels sad plenty. He goes through all the emotions right with the parents and families.

“But they need us. The babies need us,” said Newman, who lives in Indianapolis. “The kids need us. So, I put everything else aside.”

Newman had no idea when he was in the midst of restaurant management that he would one day be a nurse. He probably would have laughed if someone had told him that. 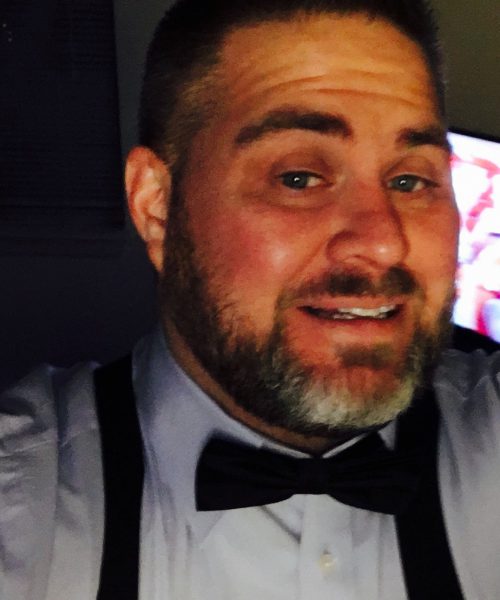 But when he took the leap and left the only career he knew, he started pondering his next step. A friend mentioned he should try volunteering at Camp Riley, a summer camp for children with physical disabilities.

“I fell in love with it,” Newman said. “And I decided this is where I wanted to be.”

He enrolled in nursing school and, by December of 2014, he had graduated. The NICU, though, isn’t where Newman thought he would land.

The emergency department or maybe the pediatric intensive care unit first came to Newman’s mind. But when he interviewed for the NICU position, he saw the hearts and souls of the people on the unit. And he wanted to be there.

Newman’s favorite part of his job is the challenge -- from taking care of the babies to navigating the different family dynamics to caring for the vast variety of illnesses he sees.

He also loves giving a voice to those tiny patients, who don’t have a voice yet.

“We advocate for them,” he said.

Newman is outgoing, friendly and approachable. He thinks parents appreciate that. He tries to bring light to a unit that he says is often a difficult place for families to be.

He also is a shoulder for dads to lean on; sometimes they feel more comfortable opening up to a man.

Outside of his career at Riley, Newman likes to play golf and says he has “the world’s greatest dog,” an 8-year-old boxer named Carter.

The dog is named after drummer Carter Beauford of the Dave Matthews Band, which brings us to Newman’s other favorite hobby – going to concerts and live shows. He also has season tickets to the Indianapolis Colts.

But Newman’s very favorite event happens right back inside Riley.

“When the babies come back to visit me,” he says. “That is the best.”