After Danielle Hendricks underwent surgery with Dr. John Brown, she decided she wanted to be part of Riley as an adult. Thanks to HANDS in Autism’s partnership with the hospital, she’s doing just that.

Just days after Danielle Hendricks graduated from high school, she was in the hospital for a delicate surgery that would change her life.

Hendricks, now 23, was diagnosed with pectus excavatum, a structural deformity of the chest wall in which the sternum and rib cage are abnormally shaped. This produces a caved-in or sunken appearance of the chest. While mild cases may require no treatment, Hendricks’ case was severe. Her lungs and heart were being compressed, causing serious health risks.

Dr. John Brown operated on her at Riley Hospital for Children, performing the Ravitch procedure to reconstruct her chest cavity. The condition, she said, was “literally suffocating my heart and lungs.”

Hendricks healed relatively quickly from the surgery and within months was cleared to get back to athletics, particularly running, which she loved. As a child, she played sports but struggled with stamina. Still, she gutted it out, mistakenly thinking she had asthma.

It was only after the surgery that she felt she could run without suffocating, “which was really cool,” she said. “I could finally take a deep breath. It was like an elephant had been sitting on my chest.”

She had to relearn how to breathe properly and how to sit up, but she learned something else. She learned that she wanted to be part of the Riley team in some way.

“I’ve always wanted to work here. After meeting all the people I met through my surgery, I’ve wanted to be a part of Riley and give back to a place that gave so much to me.” 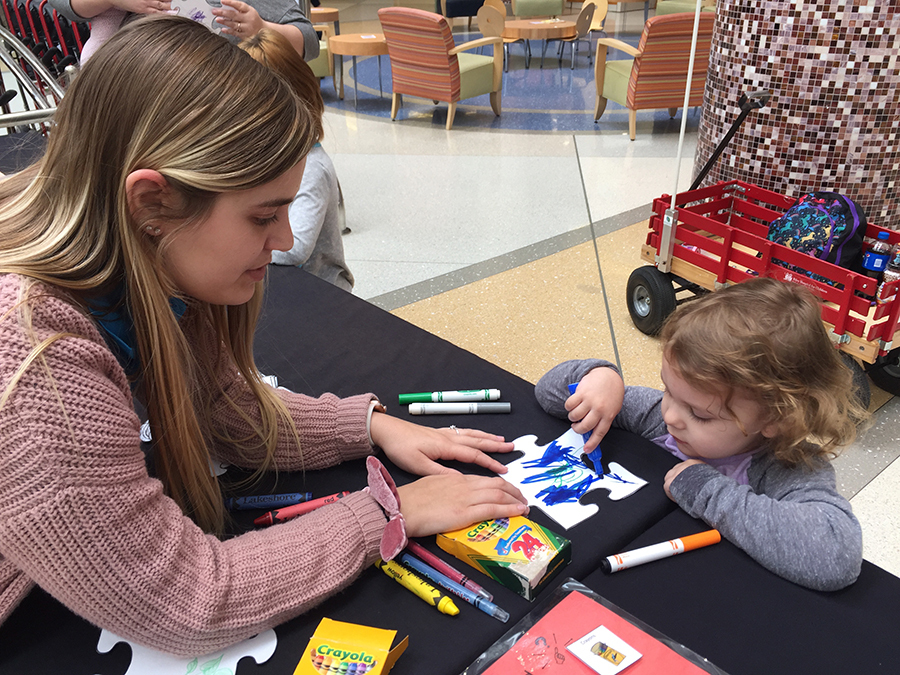 Last week, Hendricks was back at Riley for the HANDS in Autism Art Expo, which she helped to organize as part of her internship with the autism group. The free, public event in Simon Family Tower showcased artwork created by individuals with autism spectrum disorder and other disabilities, giving them a chance to show their strengths, build their confidence and educate the community.

Hendricks is a graduate student in social work at the University of Indianapolis. She has a heart for children and adults with cognitive and behavioral disorders because she has dealt with attention deficit/hyperactivity disorder since she was a child.

HANDS in Autism was founded 15 years ago by Dr. Naomi Swiezy, a professor of psychiatry with the IU School of Medicine.

The program was born at Riley, Dr. Swiezy said, thanks to a gift of funds that were earmarked for autism but could not be used for research, service or facilities. Having developed an interest in autism in the 1980s, when very little was known about the condition, Dr. Swiezy launched a training program in which people worked alongside those with autism to learn how to better relate and serve the population.

Autism, or autism spectrum disorder, refers to a broad range of conditions characterized by challenges with social skills, repetitive behaviors, speech and nonverbal communication. The Centers for Disease Control estimates that autism affects 1 in 59 children in the U.S.

The training program that Dr. Swiezy started continues today, but it has blossomed into a multifaceted organization that partners with Riley in numerous ways, including offering resources and support to the public and IU Health providers. 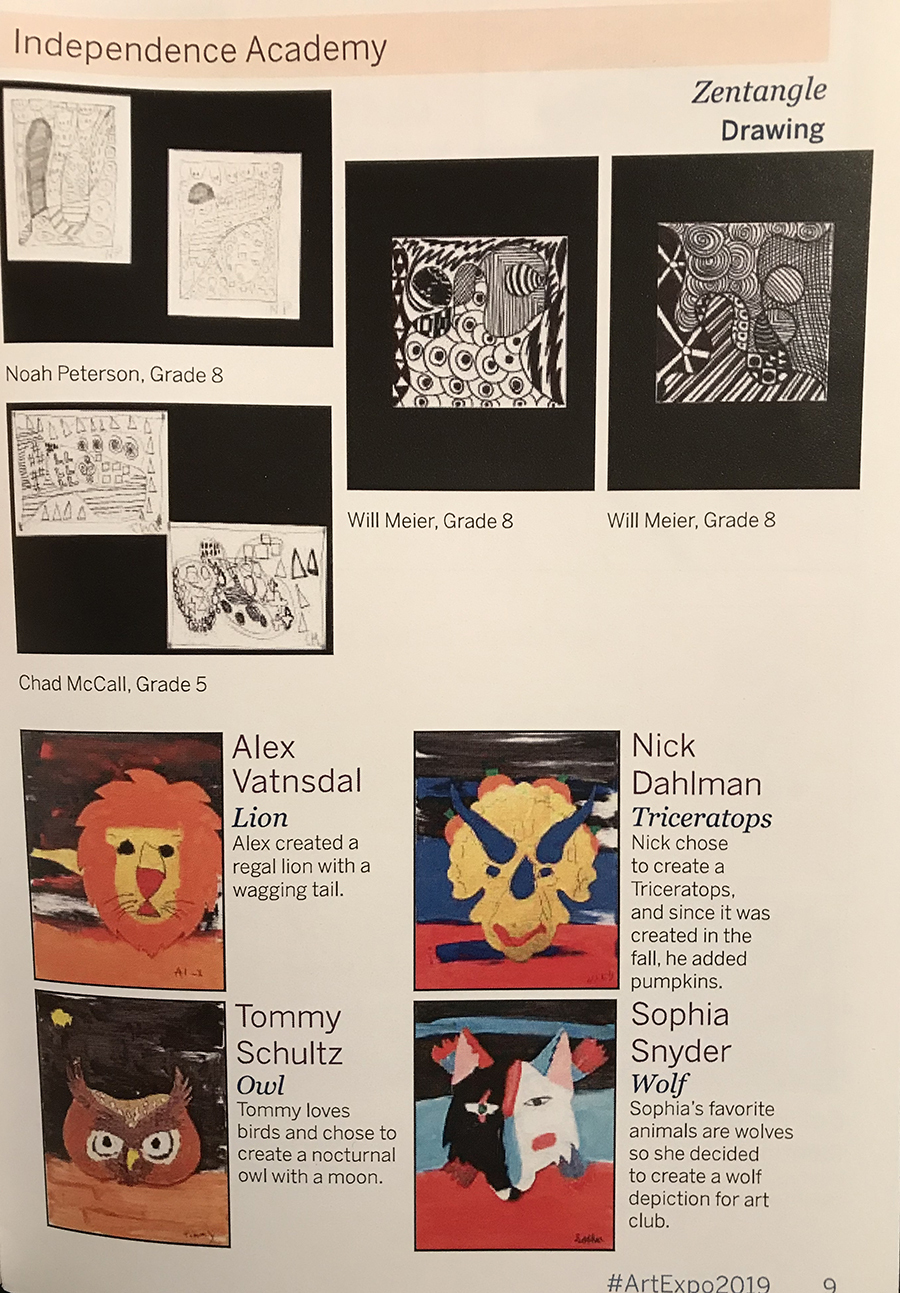 “Our program is about training and outreach and education,” Dr. Swiezy said. “It’s about giving folks in the community, in whatever role they’re in, the tools they need to be effective in working and serving individuals with autism.”

The organization collaborates with different units in the hospital to identify needs and coach team members to provide the best care for patients with autism and other developmental and behavioral challenges.

In addition, through its HANDSMade program, it helps to place and train adults with autism in volunteer jobs within the hospital to help them learn social and job-related skills. Nine members of the HANDSMade program collaborated to create a group art project for the Art Expo. Students and patients from around Central Indiana also participated in the show.

They may have some challenges, but interactive experiences such as the expo are a way to showcase their other talents, Dr. Swiezy said. “Through art and other creative mechanisms, they’re able to express what they’re thinking and feeling.”

Kids on the spectrum “don’t need to be cured,” said a mother of one of the artists. “They aren’t sick; they are just wired differently, and if given a chance, they will amaze you.”

Learn more about HANDS in Autism at handsinautism.iupui.edu.