Piper Lyon beat her cancer, but the 7-year-old and her friends and family want to help the kids who can’t come home from the hospital.

When Piper Lyon was diagnosed with Burkitt’s lymphoma two years ago, Halloween was a few weeks away.

Piper was just 5 years old, a kindergartner, when her life, and that of her family’s, was turned upside down. Seven straight days of 20-hour chemo infusions at Riley Hospital for Children every three weeks.

It was a grueling regimen, but parents Kim and Matt Lyon had the support of a large extended family and a group of faithful friends through it all.

When it looked like Piper would be in the hospital for Halloween, one of her uncles thought it would be nice to pass out candy to the kids on her floor. It was a sweet, if misguided, idea. Safety regulations and dietary restrictions prohibit that kind of outreach in the hospital.

Piper made it home in time for Halloween after all, but the little girl only had the energy to trick-or-treat at a couple of houses before exhaustion took hold. She was home for Thanksgiving that year but spent Christmas at Riley.

Fast-forward two years and Piper, now 7, is cancer-free. Her curls have grown back and her smile is bigger than ever. She loves cheerleading, LEGOS and Disney music, and she is always laughing, her mom said. 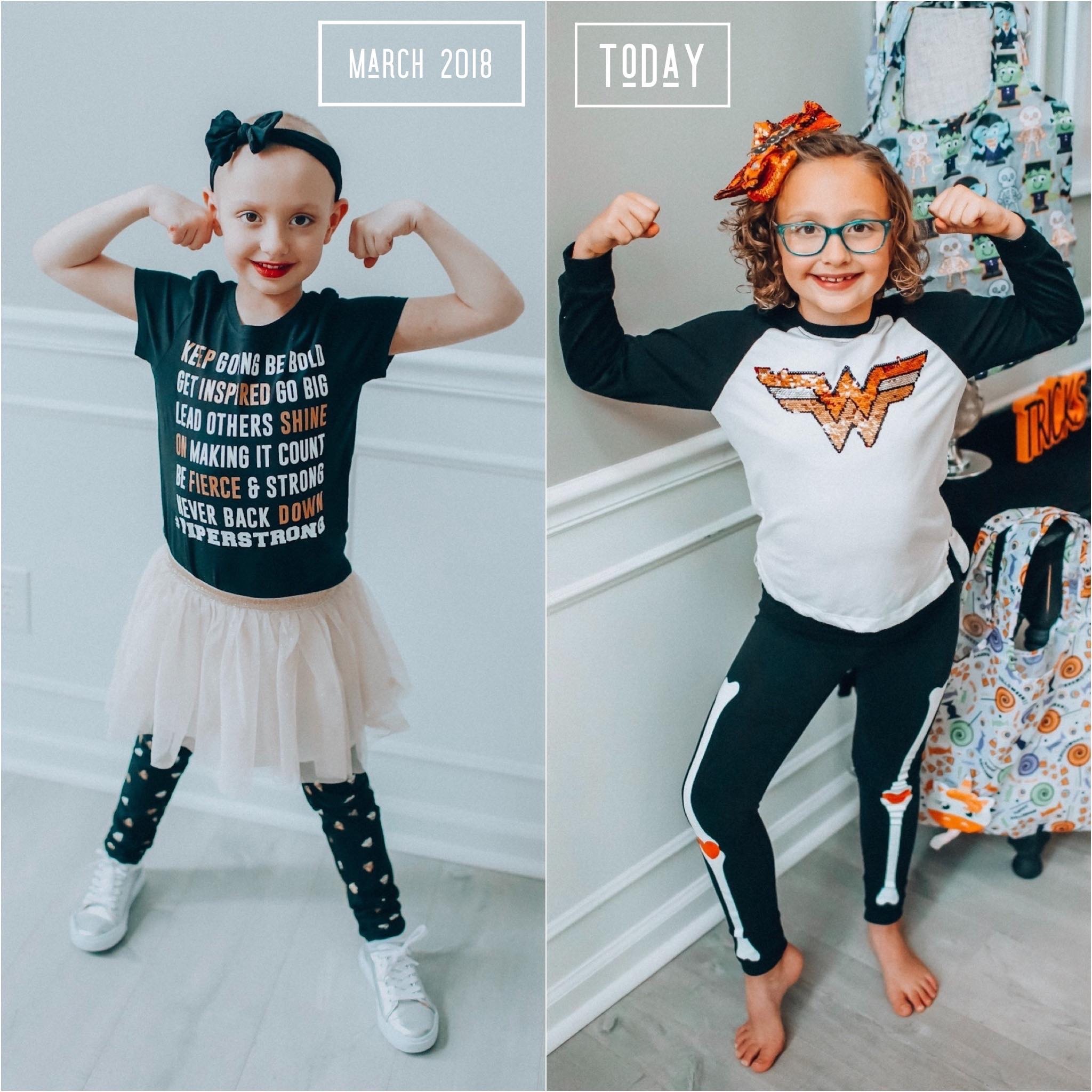 When a friend asked if she could honor Piper with a donation to Riley, Kim Lyon suggested a Halloween-themed project. Nurses had told her there are lots of donations and special events around the bigger holidays, but Halloween sometimes gets overlooked.

“There are still kids stuck up there who can’t go home,” Lyon said.

The fact that some of those kids also don’t have families who can be with them every day struck a nerve.

“We naively thought most of the families who were in the hospital were like ours … both mom and dad present, at their bedside, pacing the halls at all hours of the night,” Lyon wrote in a Facebook appeal.

“We were so wrong. Besides the fact that it was our daughter lying there in a bed on a ventilator, cancer taking over her whole body, the worst part was seeing all the children her age and younger sitting in beds going through the same thing, but with no one there. No one there except the nurses to hold their hand when they were scared, hold the bucket when they got sick, no one to just sit and talk to all day.”

Andrea Arnold, whose twins were in Piper’s kindergarten class in Indianapolis, took her friend Kim’s concerns to heart, organizing a Halloween bag giveaway at Riley last year, near the one-year anniversary of Piper’s diagnosis.

“I was just looking for a way to honor what she had gone through and help others,” Arnold said.

The idea caught on, and more families stepped in to help, sponsoring bags stuffed with books, stickers, foam pumpkins, window clings and LEGO sets – 116 bags in all, which they delivered to Riley last Halloween. 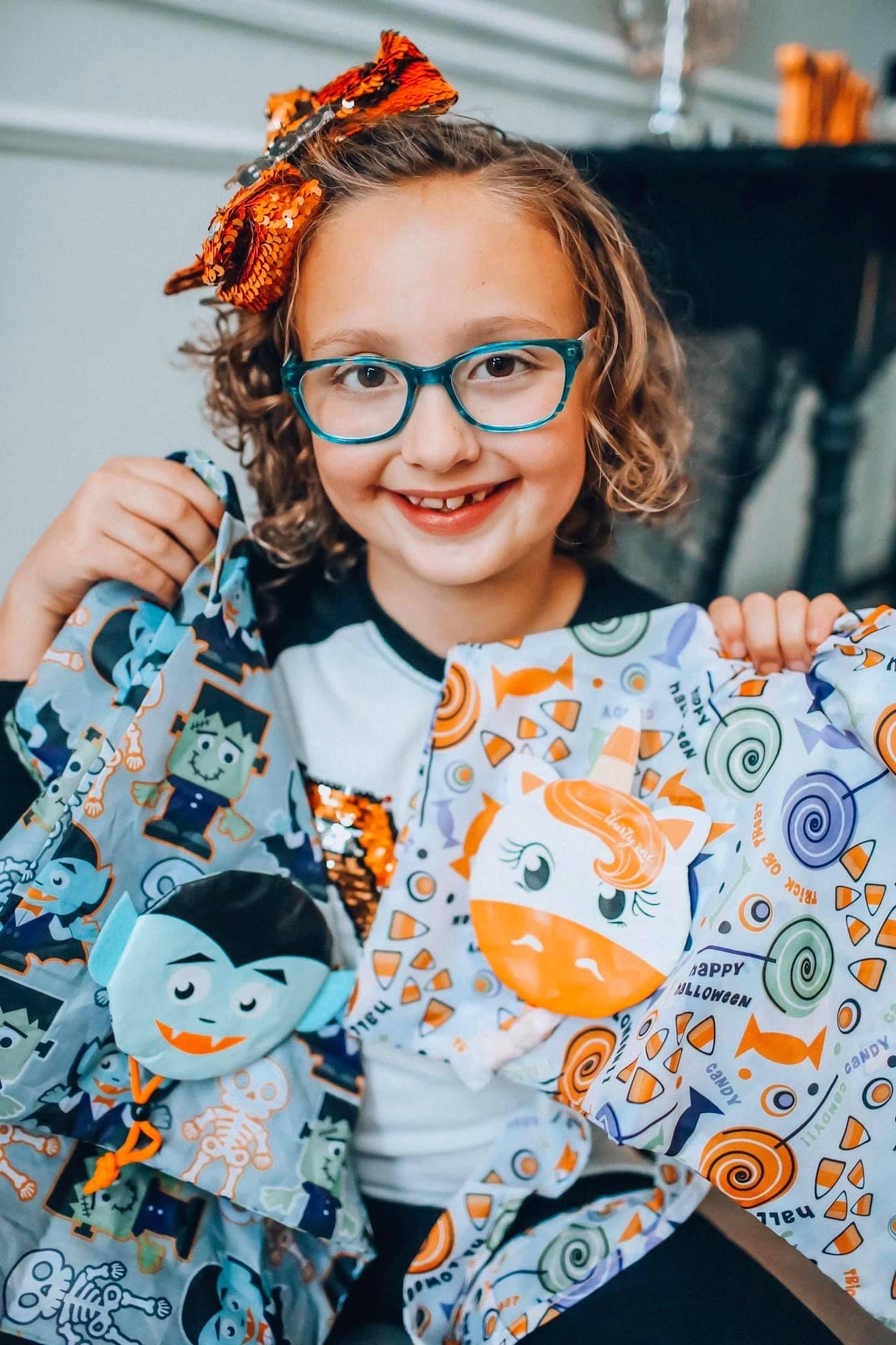 This year is no different.

“The response has been amazing,” Arnold said. “It turned into way more than a fundraiser. It also turned into a service project for our families and our kids.”

Piper’s friends were among those who turned out to help pack the bags.

“All the kids loved the idea of putting something together for kids who were sick and delivering them,” Lyon said. “Kids that young shouldn’t have to know about cancer, but it’s crazy how much they understand.”

Lyon herself has a new understanding of what’s important in life.

“So many people lose a sense of gratefulness for little things like eating dinner together, picking up their kids from school, going on field trips,” she said. “I didn’t realize how much of that I took for granted until we weren’t able to do that. Going through what we did I’m so thankful for doctors who know what they’re doing and nurses who take care of our kids like they were their own.”

The mother of two said now when she hears Piper and younger sister Brooklynn fighting, she counts her blessings.

“I could be annoyed, then I think, ‘at least there are two kids fighting.’ ”

The Lyon family and friends will return to Riley this Halloween to deliver another 100 bags to the Child Life Zone for distribution to kids who will spend the holiday in the hospital.

“I love doing things like this because it lets these kids know there are people who care,” Lyon said. “If their parents can’t be there, they can still feel special on a day that should feel special for little kids.” 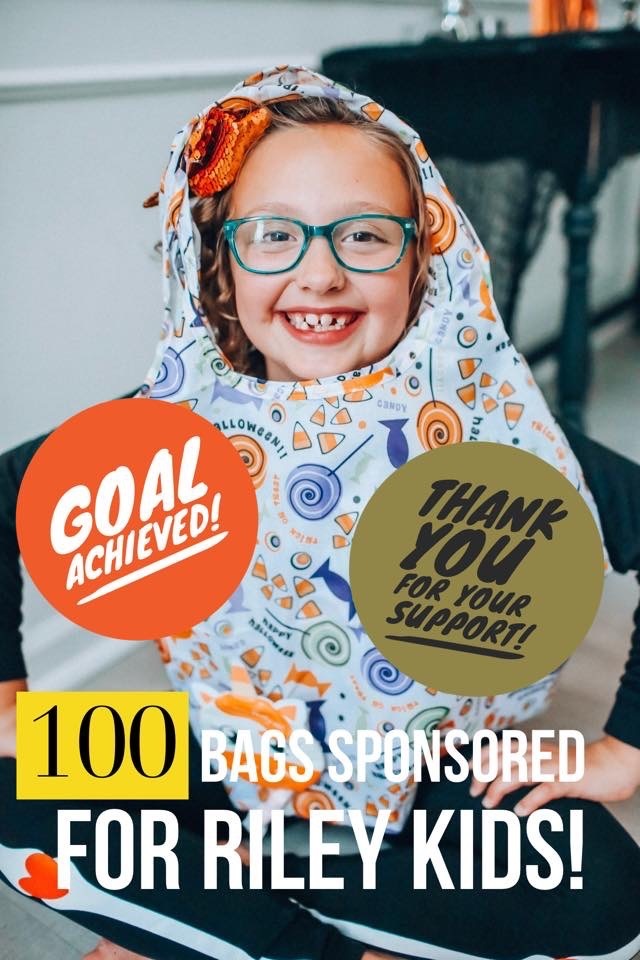