Haley’s Healing: Trapped On A Treadmill, She Was Severely Burned

The pain, at times, was unbearable for Haley. But her mom, Terri Brooking, says the staff at Riley was there every step of the way.

Terri Brooking was in a seminar, one of those self-help seminars where no cell phones were allowed.

As she sat there focusing on positivity and career coaching and self improvement, she had no idea the horror of what was happening to her 5-year-old daughter, Haley.

Playing at her dad’s house, Haley stepped onto a treadmill. Her little legs couldn’t keep up with the fast-moving belt and she fell.

Haley was thrust up against the wall – trapped with the moving belt going around and around on her bare skin.

Her older brother, Tyler, screamed for his dad. Haley had severe burns on her back, her arms, her shoulders and inner thigh.

Brooking walked out of that seminar to a phone with innumerable missed messages and texts, revealing a story no mom wants to hear.

Burns. Hospital. Wrapped in bandages. On morphine for pain. 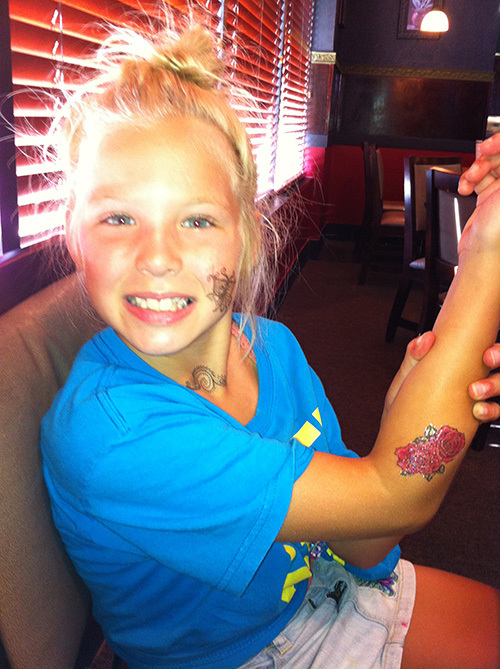 There were bright red burns all over Haley’s body. This wasn’t something just any medical facility could treat. Haley was taken to Riley Hospital for Children at IU Health.

The pain, at times, was unbearable. Haley was put in a tub each day to clean the burns.

“It was jut a horrible time,” Brooking says. “It was a tough time.”

The worst injury was on Haley’s inner thigh. Doctors worried they might have to do a skin graft if blood flow didn’t return. Luckily, the tissue started healing and a graft wasn’t needed. 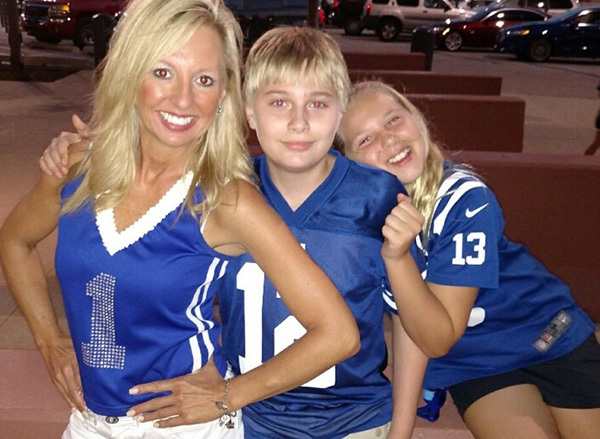 “They did such a great job. I can’t even describe it,” says Brooking. “Their level of care was just so beyond anything I’ve ever experienced. It was just truly fantastic.”

Within a week, Haley was able to go home. Her only lasting mark from the accident is a scar on her thigh.

Today, Haley is a sixth grader at Avon Intermediate East School, an outgoing girl who loves art. She is a cheerleader, likes to hang out with her friends and ice skate.

And now, she and Brooking want to give back to Riley, which did so much for them. Haley has taken part in a fashion show at the hospital. Her school is also in the midst of a Riley fundraiser.

“They did so much for us,” Brooking says. “We want to do what we can for them, for all they do for these children.”