In honor of National Volunteer Week, we celebrate one of the special volunteers who make Riley a special place.

Alan Hendrickson often strums his guitar alone in the lobby of the Simon Family Tower at Riley Hospital for Children. Some days he gets an audience, but the best days are when he gets audience participation.

On a recent Wednesday, Hendrickson was joined by a brother-sister duo who were visiting the hospital with their mom.

Hendrickson, a volunteer whose day job in is the financial services business, said he usually plays background music during his Wednesday lunchtime gig, “but when I can get someone over here like these kids, we switch over to fun stuff, whatever they like.”

At that, he turns to Brylee and Elijah Schofield as they launch into the chorus for “Old McDonald’s Farm” and teases, “you gotta quack better than that!”

The respite is appreciated by the siblings’ mom, Kristi. “This is really relaxing, for them especially, just to come in and sing along,” she said. The kids are no strangers to music. Both play the ukulele, and Brylee also plays piano and guitar. 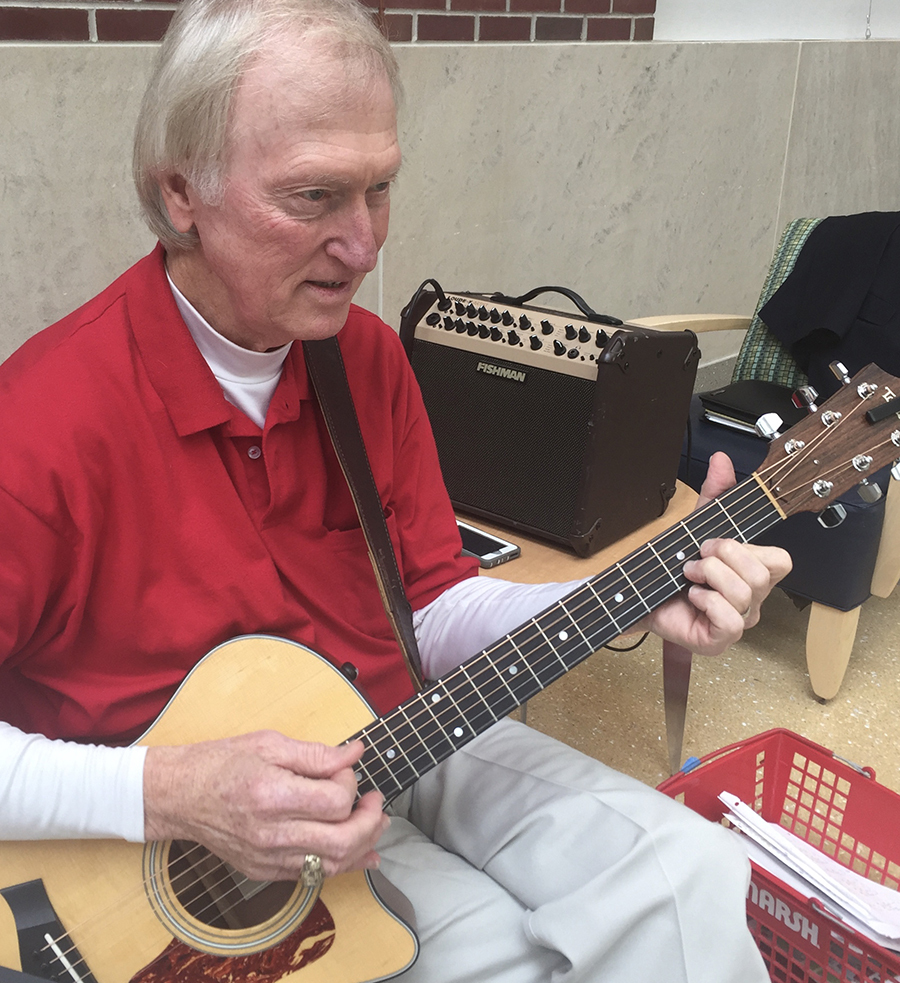 Hendrickson said his mother was a professional piano player back in the Big Band era, so he grew up with music.

“I originally played trumpet, then the Beatles hit in the ‘60s and I had to ditch the trumpet because I had to play the guitar,” he said with a chuckle.

Despite his “real job” in finance, he has played professionally for more than a dozen years. He plays in local bands, in church and for professional singers here and in Chicago. And he has written a lot of original music.

His decision to share his musical gift as a volunteer at Riley makes sense if you consider his family ties to IU Health. His wife received a new heart 17 years ago at IU Health Methodist Hospital, his daughter Dr. Kari Lemme is an emergency department physician at Riley, another daughter and son-in-law are in nursing administration within IU Health, and a son and son-in-law sell medical equipment.

Catch Hendrickson’s musical interlude at Riley on the third Wednesday of the month, 11:30 a.m. to 1:30 p.m.

Know a team member or volunteer who deserves a shout out here? Email mgilmer1@iuhealth.org with the person’s name, job and hospital location, and I’ll do the rest.