Growing up while facing fears

“For kids with craniofacial differences, you see a lot of teasing and bullying going on, and that can be traumatizing. But what’s important to know is we’re all just normal kids.” – Brian Jay, 44, diagnosed with Apert syndrome at birth 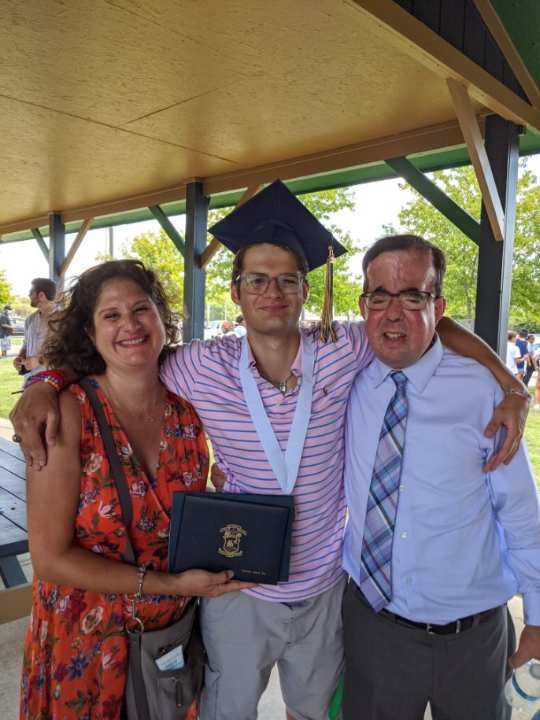 At 44, Brian Jay is living a pretty good life. The Indianapolis resident has a wife, three kids and a baby on the way. He works as an attorney at an insurance company, he loves the Chicago Cubs (as evidenced by the shirt he is wearing for this interview), and he volunteers in the community.

When he was born in Bethesda, Maryland, none of that was a given. Jay was born with Apert syndrome, a genetic disorder characterized by facial abnormalities, as well as webbed fingers and toes.

He figures he’s had more than 50 surgeries on his head, face, nose, ears, eyes and hands over the years, the first when he was 10 days old and the most recent in 2016. 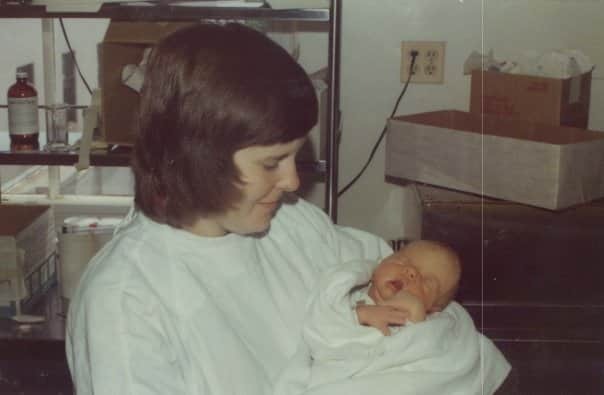 Jay’s first experience with Riley Hospital for Children’s Cleft & Craniofacial Anomalies Program was nearly four decades ago. He and his mother moved to Indianapolis to be closer to family and his care was transferred from the East Coast to Riley. The hospital’s program was one of the first established in the United States and remains at the forefront of pediatric and facial reconstruction.

Last month, we told you the story of Sarah Ewing, a 7-year-old girl with Apert’s who has been treated at Riley since birth. And this month – which marks Craniofacial Acceptance Month – we are sharing Jay’s story. He grew up with a disfiguring condition but found a home at Riley and in the larger community, thanks to expert treatment, hard work and a positive attitude.

“Through those experiences, you develop a mental toughness, an ability to deal with adversity,” Jay said during a return visit to Riley last month. “I always felt like, having gone through this, I can deal with whatever life throws my way.”

Not that it was easy. As a boy, he spent many of his summer vacations hospitalized or recovering from various surgeries. One vivid memory was when he was about 7 and he had a halo ring attached to his skull after reconstructive surgery. His jaw was wired shut, he was on a liquid diet, and he was miserable. He remembers accompanying his grandpa to the Riley carousel, where he pitched a penny along with a wish to go home soon. The next day his wish came true.

To this day, whenever he visits Riley, Jay throws a coin into the carousel’s glass enclosure. This year marks 50 years since the carousel first found a home at Riley.

Despite the discomfort, the stares and the seemingly endless doctor visits as a kid, Jay says it all made him stronger.

“The best thing my mom did for me was she acknowledged that I had to go through these things, but she never treated me any different. Expectations were always high – do well in school, be a good person.” 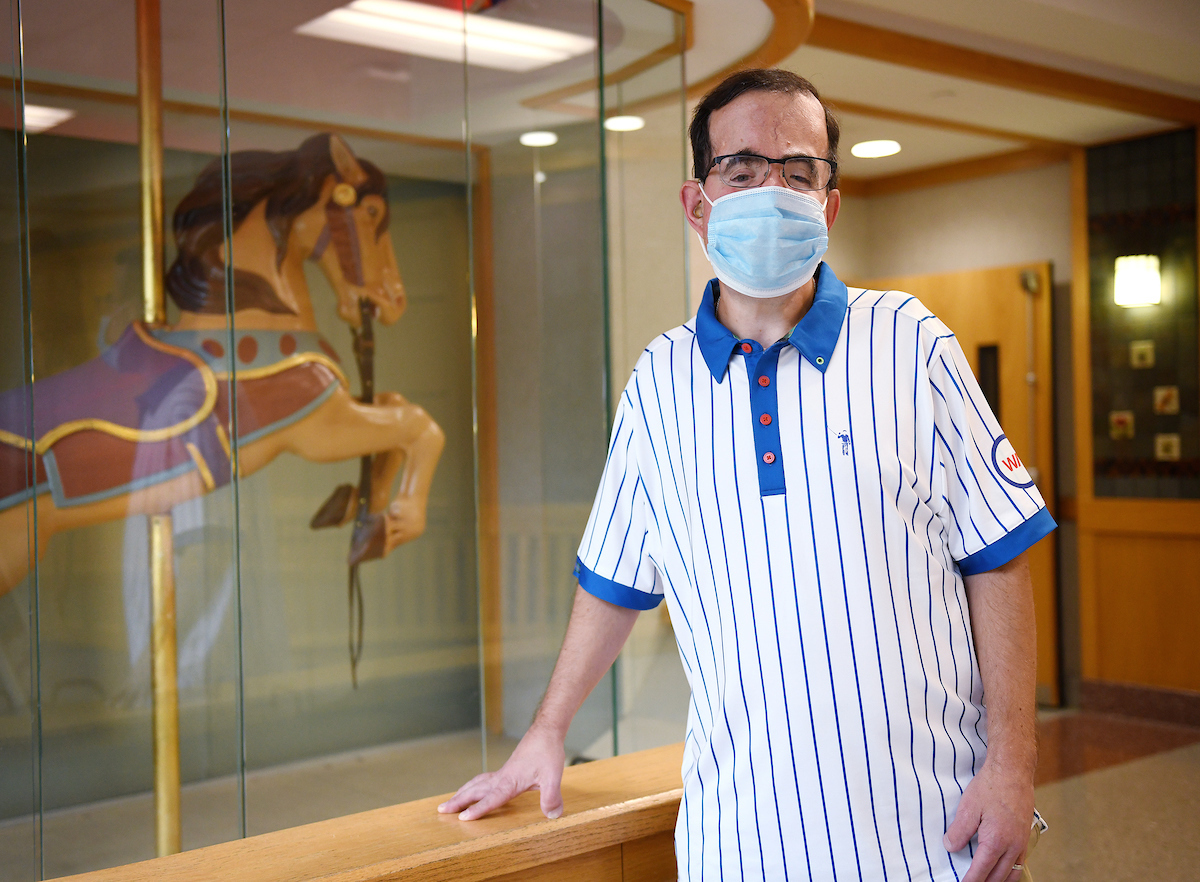 So he studied hard, played a few sports and tried Cub Scouts. He graduated high school, college and law school. He married and had kids, none of whom has any facial anomaly. He has no complaints.

For him, Apert’s was acknowledged but never a crutch.

Asked if he ever felt sorry for himself as a child, he laughs.

His family simply encouraged him to live his best life.

As a result, he said, “I’ve always had a positive attitude about life. This is what I was born with, and I can’t control it.”

But he knew that all of the surgeries would help improve his life and that at some point he would be finished. He could put it all in the rearview mirror and move on.

“Every kid’s dream in that clinic is when you get to that point where you decide you don’t need to have any more surgeries.”

As an adult, Jay got involved with Riley’s Camp About Face, founded in 1989 with the goal of bringing cleft and craniofacial patients together for a week of fun at Bradford Woods, south of Indianapolis. He mentored young campers and aspiring leaders, including Caitlin Church, Cleft & Craniofacial Program Coordinator at Riley, and has been open about his personal story.

“I served as an adult mentor for their leadership academy, and Caitlin was one of my first campers,” Jay said. “So whenever she calls, I’m more than happy to share my story. There are a lot of people out there who maybe are going through the same things and they don’t know how life is going to turn out. I want to tell them it’s OK that we have these craniofacial anomalies. We can still aim high.”

Church, who was born with a cleft lip and palate and craniosynostosis, became a Riley kid when she was just 4 months old. But she became a Riley leader thanks to her involvement with Camp About Face and the example set by Jay, whom she first met when she was a teenager.

“I really love that the leadership academy saw value in having adult mentors who had cleft and craniofacial differences themselves,” she said. “That allowed us to see adults who were successful and looked like us and had gone through the same experiences. That’s really powerful.”

What struck her about his involvement as a mentor was that he treated the leadership academy campers as adults and had honest conversations with them.

“Brian always took his mentorship role very seriously. He leads with his heart,” she said. “He is just an amazing person.”

Even as she has gotten older and taken on her program coordinator role at Riley, her onetime camp mentor remains her sounding board.

“He truly understands what it means to be a servant leader in our craniofacial community,” Church said. “I still look to him for guidance and advice … he reminds me why I do what I do, why it’s important. Our patients and our campers are the heart of our program.”

Jay, who graduated from Cathedral High School, Xavier University and IU School of Law, says he was lucky as a child to be surrounded by strong, positive adults and a good group of friends who grounded him. 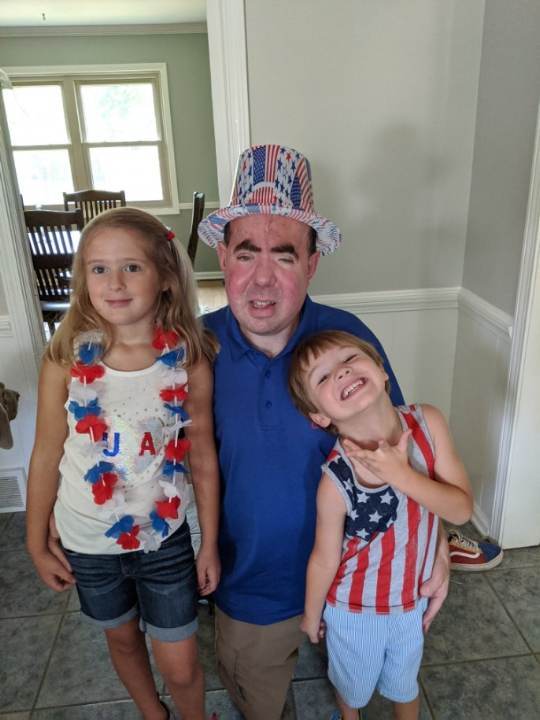 “For kids with craniofacial differences, you see a lot of teasing and bullying going on, and that can be traumatizing. But what’s important to know is we’re all just normal kids. We want to do normal things. We just have to go through these procedures to correct these problems.”

Today, he is grateful for the craniofacial community at Riley and for all of the people who walked beside him to adulthood. He treasures his family above all and can’t wait to welcome another baby to his and his wife’s busy household next month.

“I think the thing I love the most is just being a dad and hanging out with my kids.”