Gluten is the main protein component of grains including wheat, rye and barley. Gluten is the part of grain that helps make bread chewy and retain its shape. While many consider gluten synonymous with wheat, the majority of wheat (60-70 percent) exists as starch.

Celiac disease is a condition where ingestion of gluten protein can lead to intestinal damage. This damage can lead to a variety of problems, including poor absorption of important nutrients, altered growth and bone health, and chronic abdominal pain. When gluten is removed from the diet, the intestinal damage begins to heal. The need to remain on a gluten-free diet is considered life-long in celiac disease and is an absolute medical necessity.

A relatively new diagnosis includes the designation of “non-celiac gluten sensitivity” or gluten sensitivity (GS) for short. GS is characterized by both intestinal and generalized symptoms that occur with the ingestion of wheat or gluten-containing foods in individuals not affected by celiac disease or wheat allergy. Unlike celiac disease, the intestines are not damaged in GS but symptoms still occur. While many aspects of GS remain unclear, symptoms have seen dramatic improvement upon elimination of gluten-containing foods. Research is starting to suggest that other aspects of wheat and grains, including starches found in grain, may contribute to symptoms in GS individuals. These starches are not gluten protein, but are typically absent in gluten protein-free foods.

While the majority of people will tolerate wheat and gluten-containing foods without health implications, for some the need of a gluten-free diet extends well beyond a “fad.” 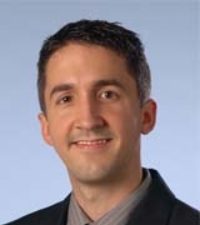 Dr. Vanderpool, MD, is a faculty physician in the division of Pediatric Gastroenterology, Hepatology, and Nutrition.  His primary interests involve Pediatric nutrition, celiac disease, and short bowel syndrome/intestinal failure, as well as the general care of children with intestinal issues.  He is currently seeing patients in Indianapolis, Carmel, and South Bend.

Feeding your family is a full time job. Making healthy meals when you’re on a budget and time is...

There is a lot to do each morning including getting your kids dressed and ready for school. Making a...