Give Adam and kids like him a chance. A simple cheek swab can save a life

A Riley pediatric resident is organizing a bone marrow registry drive in Simon Family Tower on Wednesday. “When we go home we often bring our patients home in our hearts,” said Dr. Andrea Aguilera. “The hope is that even if we have one person who is a match, we’ve done something wonderful.”

He was diagnosed with acute myeloid leukemia on his 13th birthday. When he needed a bone marrow transplant, his little sister stepped in to help, but there were complications. 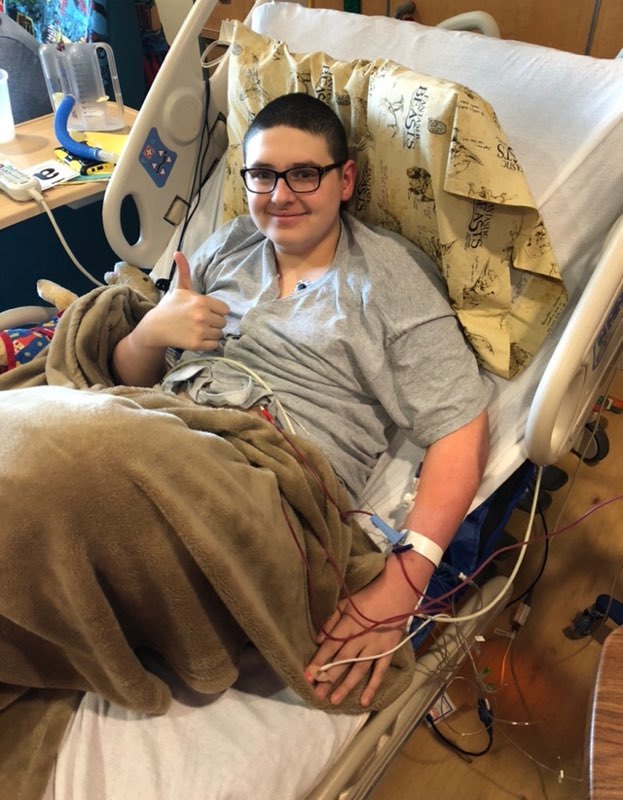 That is just the beginning of Adam Isenhour’s story. We’ll tell you more about Adam and his family in a minute, but if you’ve ever wanted to help a child – or anyone – with blood cancer, now’s your chance.

Dr. Andrea Aguilera, a chief pediatric resident at Riley Hospital for Children, is coordinating a bone marrow registry drive at Riley on Wednesday, Sept. 18, as part of Be the Match Registry.

It’s quick and painless – a swab inside your cheek is all it takes – to participate, but serious potential donors only need apply.

“We want people who are committed,” Dr. Aguilera said.

Joining the registry means volunteering to be listed as a potential blood stem cell donor, ready to save the life of any patient in need of a transplant.

Her goal is to get as many hospital residents involved as possible, but it’s also open to hospital staff or visitors who are between ages 18 and 44, meet general health guidelines, live in the U.S. and are willing to donate to anyone in need.

“It’s a numbers game,” she said. “The hope is that even if we have one person who is a match, we’ve done something wonderful.”

Register in advance or at the event itself. You can also text Cure36 to 61474 to receive a link to register.

Alison Isenhour of Brownsburg hopes you’ll consider being tested for her son’s sake and for countless other patients who are dealing with leukemia, lymphoma or myeloma.

Adam Isenhour spent his 13th birthday and the four months following at Riley after he was diagnosed with AML in January 2018. He sailed through chemo without too many complications, and on April 30, 2018, the teen went home in remission. 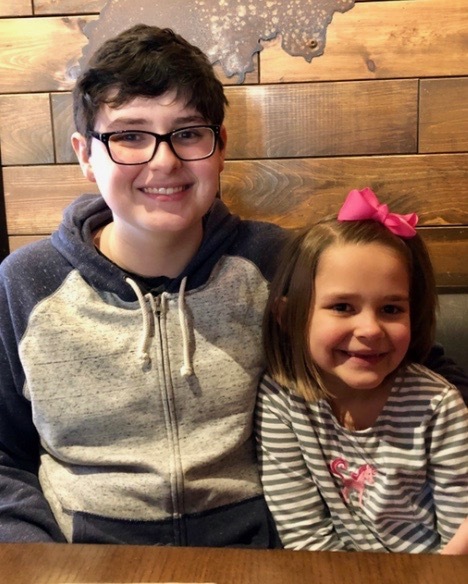 Eleven months later, he relapsed, and the family began preparing for a stem cell transplant. There were no matches for him on the national registry, but his little sister, Lauren, was a 10 out of 10 match. However, when doctors attempted to collect stem cells from her in June, she suffered complications and the transplant was halted.

Adam’s healthcare team and family had to scramble at the last minute to prepare Adam’s dad, Derek, for stem cell harvesting even though he was only a 50% match.

Though Adam marks 100 days with the new stem cells on Wednesday, the struggle is far from over, said Alison, a mammographer at IU Health Methodist Hospital.

“There’s a good possibility we may have to do transplant again because Adam has poor graft function,” she said, which is a serious complication from transplant.

When Alison had her son’s numbers run in the national registry again, this time there were a handful of matches, which makes the future a little less scary.

“Just the security of knowing those options were there even if we didn’t need them right then was a huge relief – to know that my son’s whole life didn’t depend on whether my daughter’s cells worked or not,” she said.

“That was a huge burden to place on her at age 7 to think ‘I may be the only person who can save my brother and it might not even work then.’ To be able to have that security blanket if we have to go through this again is a huge relief.”

Dr. Aguilera said she expects a good turnout of residents at the registry event from 10 a.m. to 1 p.m. Wednesday in Simon Family Tower.

“This is an incredible way for Riley residents to rally for our patients especially during Pediatric Cancer Awareness Month. I’m really proud of our residents for wanting to do something outside of their work responsibilities – to do something for patients.”

While people might be used to seeing doctors-in-training scurrying about the hospital, “they forget that when we go home we often bring our patients home in our hearts,” she said.

Becoming part of the registry is a way to help patients beyond diagnosis and treatment on the hematology-oncology ward.

It could be the difference between life and death for a person, Dr. Aguilera said. “You have the opportunity to change the trajectory of someone’s life.”

You don’t have to be at Riley to be tested. Anyone can sign up at Bethematch.org/riley and have a test kit sent to their home.