From miracle baby to miracle nurse

Milly Vanamala survived a life-threatening birth defect and went on to become a burn unit nurse, caring for critically ill patients at Riley: “I feel like one person’s smallest actions can make the biggest difference for families and patients.”

Milly Vanamala is living a life that wasn’t promised to her parents when she was born 29 years ago in Chicago. 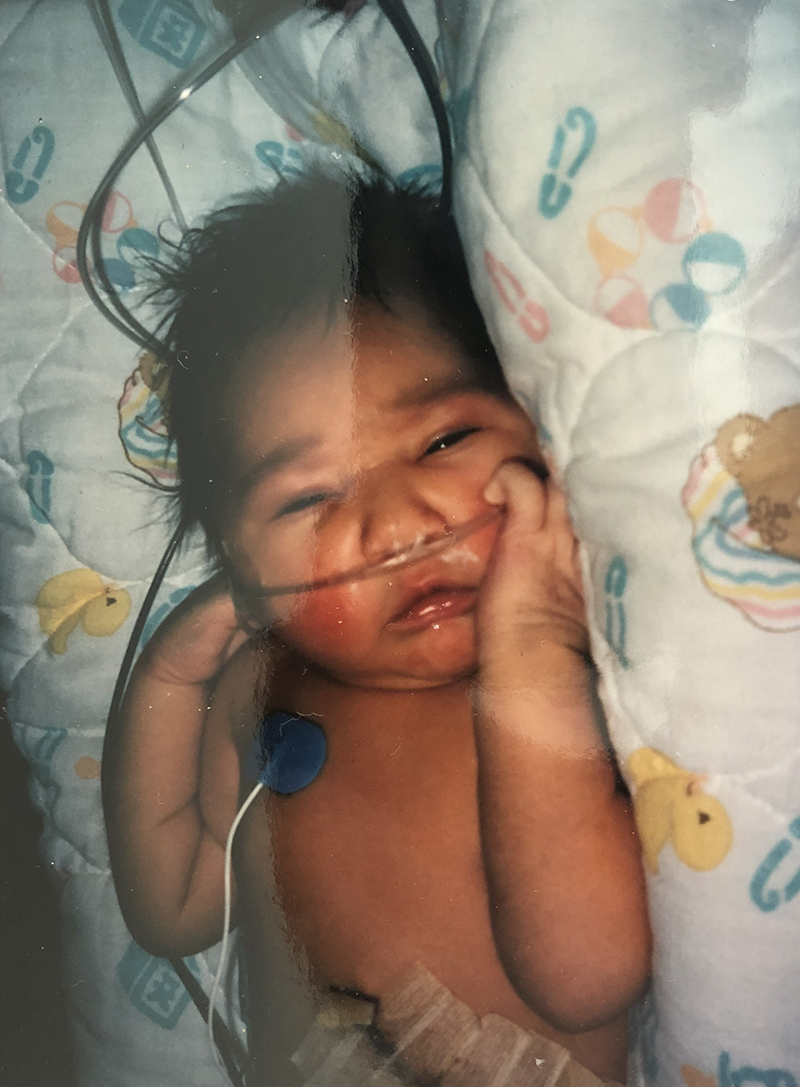 Of course, tomorrow isn’t promised to any of us, but the odds were against her from the time she was born. A birth defect called a diaphragmatic hernia, an abnormal opening in the diaphragm that allows organs to shift into the chest cavity, threatened her life.

While treatment has improved in the past three decades, at that time, doctors prepared her parents for the worst. Even if she survived the surgery, their first-born child likely wouldn’t live long afterward, the physicians told the shattered couple.

But Milly had other ideas. She survived that surgery, remaining hospitalized for several weeks before joining her parents at home. She was a little miracle baby.

Nearly 30 years later, that child is now a nurse on the burn unit at Riley Hospital for Children, where she witnesses big and small miracles in her patients every day. And she carries the scar from her surgery long ago as a badge of honor.

“Originally, I wanted to be a pediatrician, but I saw the impact nurses have day to day. I feel like one person’s smallest actions can make the biggest difference for families and patients,” Vanamala said. 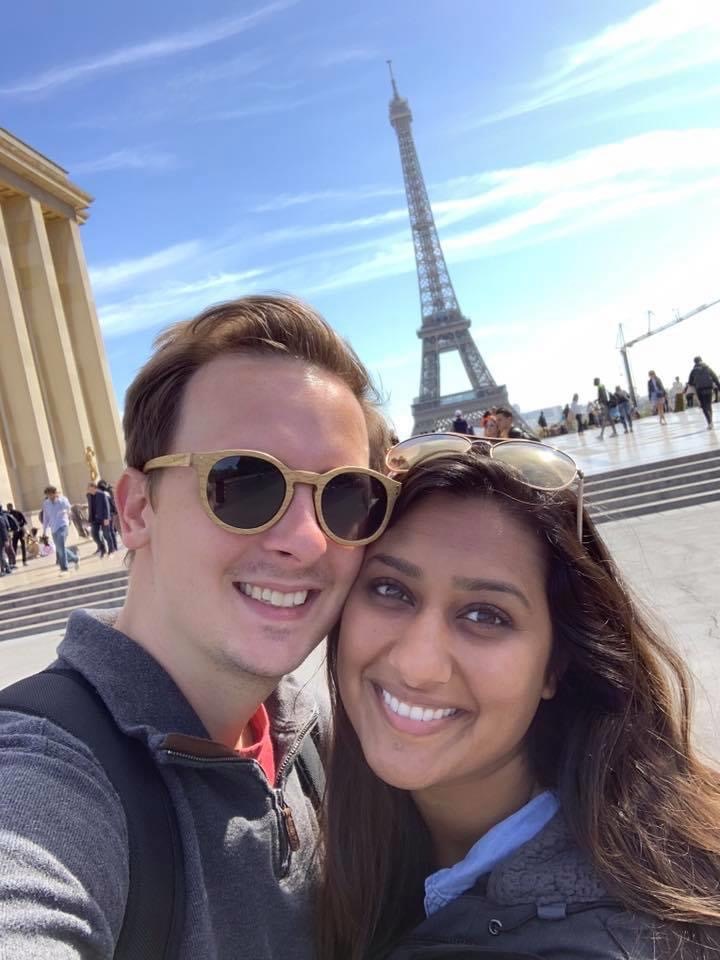 She left Chicago to attend nursing school at Ball State University on a scholarship. She didn’t know a soul, but she carved out a new life for herself and met the man who would become her husband.

She did her student nursing on the pediatrics floor of a hospital in Marion, Indiana, then was thrilled to be hired by Riley five years ago this summer.

But again, she was starting over.

“When I came to Indianapolis, I didn’t know anyone who worked at Riley, especially on the burn unit, but they have been so welcoming,” she said. “They really are like my second family. It’s nice to have that since my family doesn’t live here.”

Vanamala didn’t have the burn unit on her radar before starting her career at Riley, but she was drawn to that critical aspect of nursing, she said.

“I really wanted something that I was going to learn a lot from. The Riley burn unit takes critical patients, but they’re a small enough unit that I felt like I could get to know my co-workers and feel comfortable asking questions. There’s just something about being a new nurse in a critical setting – I wanted to feel like I could turn to anybody. I like the comfort of knowing the people I’m working with.” 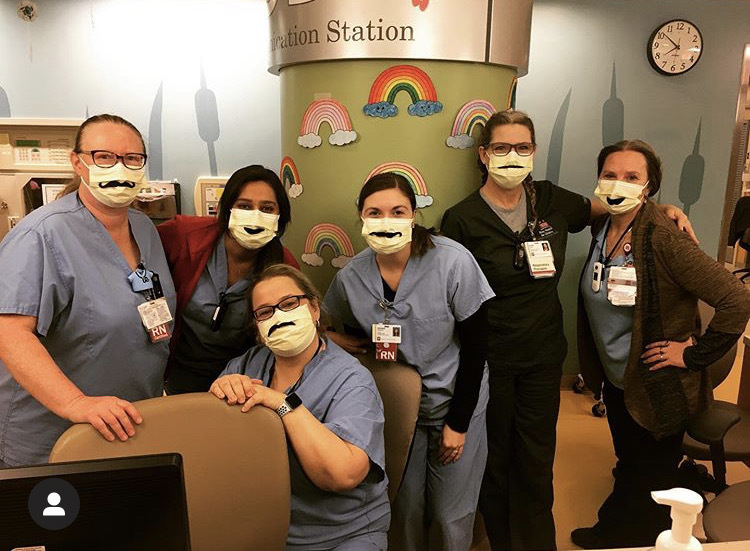 She knows she couldn’t do her job without the others on her team, and not just nurses, but therapists, physicians and advanced practice providers.

“Everything we do on our unit is team-based. If one part doesn’t function, we couldn’t do what we do. As much as it is a testament to our patients and our nurses, it’s the team as a whole, and we have great leadership,” she said.

The other thing she loves about the burn unit is seeing her patients return for clinic and therapy.

“I just love to follow them after they’ve left me,” she said. “It’s so satisfying to see them come back doing things they weren’t doing before – moving better, walking, running. It’s just amazing. It’s almost like you’re seeing your child take their first steps.”

She knows that treating burn patients is not for everyone.

“There are times where it breaks me a little bit, but I have a great support system – my husband and my co-workers. And the fact that we have such a great success rate is so encouraging.”

Vanamala’s first large-burn patient when she began working at Riley would go on to survive despite incredible odds, a fact that gave her the confidence to continue.

Since then, she has cared for many patients, most recently a teenager who suffered burns over 85% of her body and was discharged July 1 after more than four months in the hospital. 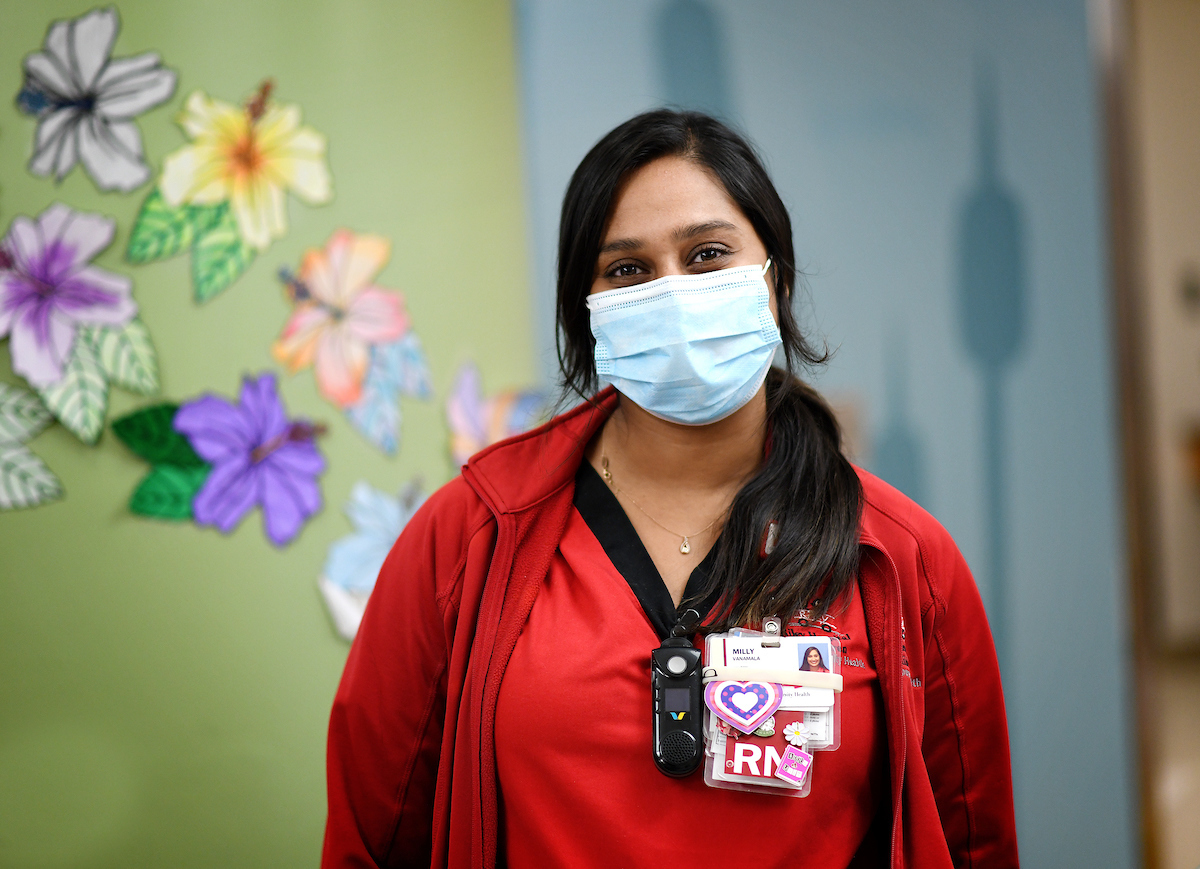 “Kids in general want to get better and go home. So their motivation and energy and willingness to work with you is something that keeps me going,” she said.

Vanamala is loving but firm with her patients, challenging them to push themselves and fight through discomfort. But she also expects civility, even on their hardest days.

“You can express that you’re hurt or you’re angry, but you can’t be rude,” she tells them.

Treating others with kindness and respect was instilled in her as a child, so she can’t help but expect the same from the children in her care.

“I always think that at the end of the day they are going to get better and they’re going to leave here and be members of society, so they have to use their manners.”

Vanamala and her husband, Matthew, don’t have children of their own yet, but they do have a rescue dog named Scouttie Pippen. If you know anything about the NBA, you know that’s a nod to former Chicago Bulls star Scottie Pippen. Before this pup, the couple had another dog, Wrigley, named for the Chicago Cubs’ home field.

You can take the girl out of Chicago, but you can’t take Chicago out of the girl.