Freddie: The Little Boy Who Wasn’t Supposed To Hear

His mom can hardly believe it. In less than three months of hearing, Freddie is saying five words. They are words, of course, that are most important in a 2-year-old’s world: “Uh-oh,” “more,” “dog,” “ball” and “snack.”

It happened one day as Freddie was eating a snack. He looked up.

The noise. He’d heard it. He couldn’t locate it and didn’t have any idea where it came from. But he sat mesmerized, staring straight ahead, trying to process.

The voices of his mom and dad had evaded him. The rowdy sounds of his older brother, 4-year-old Clark, didn’t faze him. But that noise -- that loud clap -- had registered.

“That was the first time we knew,” says Suzanne Conley, 2-year-old Freddie’s mom. 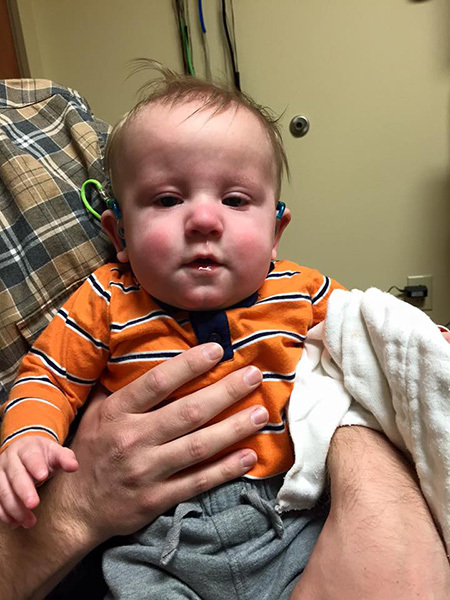 Freddie wasn’t supposed to hear. That’s what the Conleys, including dad Jason, heard time and time again. For months and months, they were told that with his auditory neuropathy, Freddie would live in a world without sound.

He had profound hearing loss in both ears and his type was severe, doctors said. With auditory neuropathy, sound enters the inner ear normally but the transmission of signals from the inner ear to the brain is impaired.

The Conleys were told that cochlear implants wouldn’t help Freddie. Their insurance company repeatedly turned them down.

“We didn’t think he would ever hear and it was really devastating,” says Suzanne Conley, of Whitestown, Ind. “They tried to say, ‘That’s just the way it is.’ And I said, ‘No, that’s not the way it is. We will get this somehow.’ I wasn’t going to stop.”

The Conleys both have backgrounds in science – Suzanne is a project manager of clinical trials at Eli Lilly & Company and Jason is a post-doctoral scientist at Purdue University.

Freddie was born with a rare genetic disorder doctors have diagnosed as FG Syndrome, which causes developmental and cognitive delays. Suzanne Conley said not being able to hear would only compound the struggles of Freddie’s development. 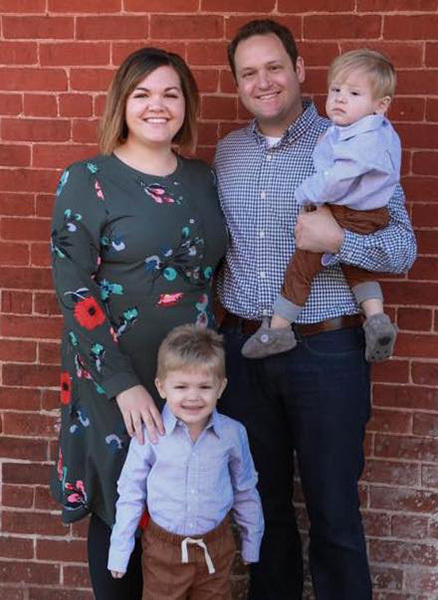 So, the Conleys started contacting other hospitals, including Riley Hospital for Children at IU Health. They reached out to Riley audiologist Kelly Lormore and Charles Yates, M.D., an otolaryngologist who specializes in cochlear implants.

“Once we met with Dr. Yates, we just knew,” Suzanne Conley says. “He just really listened to us and said he would fight for Freddie and would get it done -- and he did.”

Freddie is toddling around Riley’s lobby, rolling on the floor, smiling and playing. He received his cochlear implants on May 16 and, on June 1, they were activated.

Suzanne Conley can hardly believe it. In less than three months of hearing, Freddie is saying five words. They are words, of course, that are most important in a 2-year-old’s world: “Uh-oh,” “more,” “dog,” “ball” and “snack.”

Freddie is back at Riley this day for mapping, so that levels can be adjusted on the processors Freddie wears on his ears. Since his brain is just learning how to process sound, adjustments need to be made periodically. 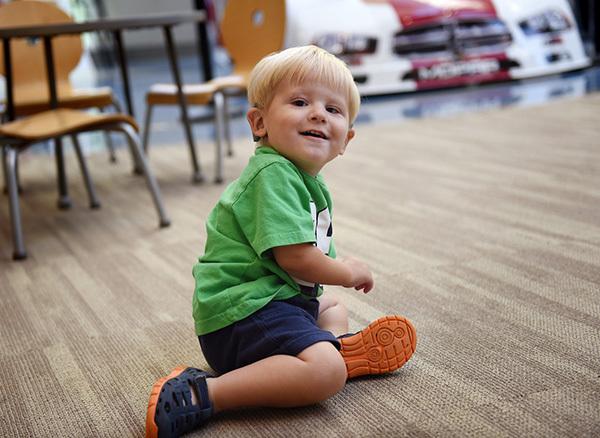 This was also the first day Freddie’s hearing had been tested since the implants. Before, he couldn’t hear anything below 95 decibels. As his mom describes it, “someone is blasting a jet engine at you and you can’t hear it.”

Now, Freddie is at 40 decibels on each ear. The goal is 15 to 30 for normal hearing, so he is getting really close.

Suzanne Conley says they know Freddie is keenly aware of hearing versus not hearing. If the processors fall off, he will try to put them back on himself.

It’s been a miracle, of sorts, to watch Freddie the past few months. Walking? He’s mastered it. McDonald’s French fries, he devours them. Chick-fil-A, he loves that place.

He also loves to play ball, mimic whatever Clark is doing, play with cars and go outside.

The ultimate goal for Freddie, says Dr. Yates, is to use oral spoken language as his primary mode of communication. He is early in the process of audiologic and speech rehabilitation.

“But he is progressing well and I am hopeful for him,” Dr. Yates says.

Freddie’s case isn’t isolated when it comes to having to fight for cochlear implants. 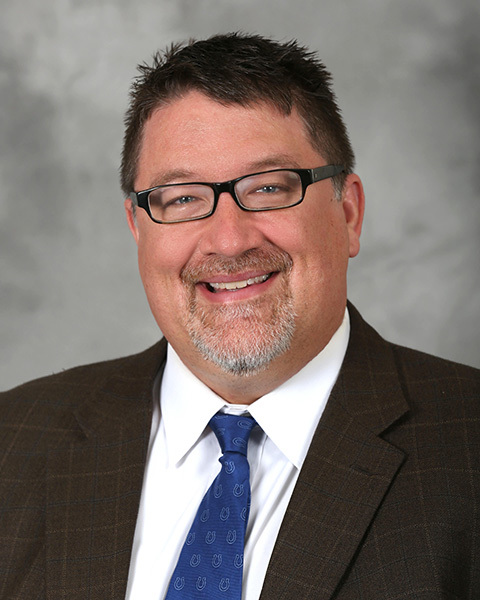 “We often have to advocate for hearing for our patients,” Dr. Yates says. “Sometimes, working with the insurance companies -- to help them understand the situation and appropriate information for the successes of the device in appropriate situations -- is all we need to do.”

Having a strong cochlear implant program at IU Health is key, says Dr. Yates, who credits much of that to research on implant outcomes he and colleagues work on at IU’s DeVault Otologic Research Lab.

It most certainly changed Freddie’s life. By this time next year, Suzanne Conley hopes he will be enrolled at St. Joseph Institute for the Deaf.

In the meantime, Freddie’s life is about learning and therapy. In addition to his auditory and speech therapy, he does occupational and physical therapy.

Every night, though, the Conleys have dance parties. Freddie loves dancing. He really gets into being silly and moving to the music.

The music. He can finally hear the music.