For this Riley heart patient, the bed might have been a smidge too short

Ryan Andis, 33, spent a week at Riley last month. His room was next to River Harbin, a 4-year-old heart transplant patient who taught him something about life.

This is the first in a series of stories about adult heart patients at Riley.

The last time Ryan Andis had been a patient at Riley Hospital for Children, he was a teenager. At 16, he had heart valve replacement surgery performed by Dr. John Brown.

That was in 2002. It was one of four surgeries performed by Dr. Brown on Andis. He was diagnosed as a baby with tetralogy of fallot, a combination of four congenital abnormalities: a ventricular septal defect, pulmonary valve stenosis, a misplaced aorta and a thickened right ventricular wall.

In 1987, when he was 20 months old, he had his first heart surgery with Dr. Brown, followed by two more in 1990, then the valve replacement in 2002.
Andis remembers his cardiologist joking that he had seen the popular heart surgeon walking on wet pavement and it looked like he was walking on water. 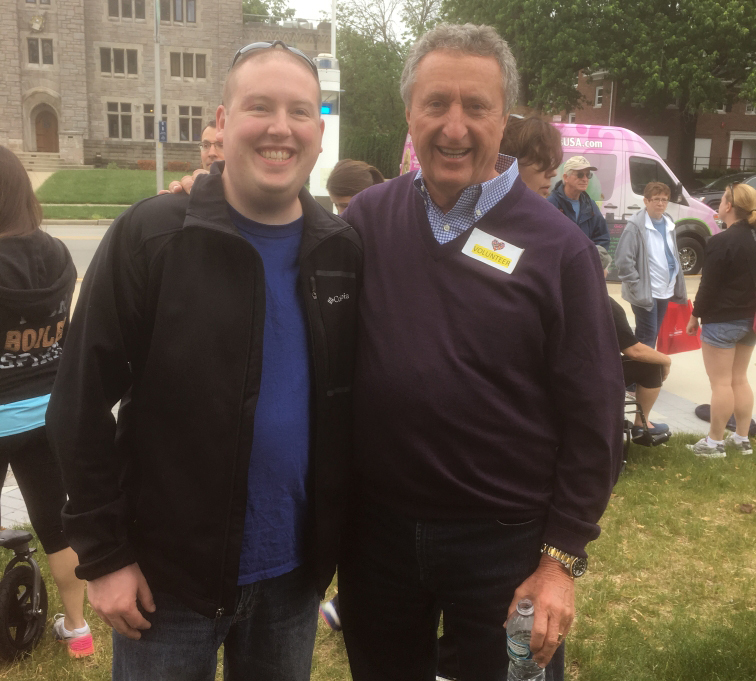 Last month, Andis found himself back at Riley – not as an outpatient but inpatient for a week.

That’s right, the 33-year-old Fortville man spent a week in a Riley bed being treated for endocarditis, an infection of the heart.

It’s not as unusual as it may seem. For some congenital heart patients – once a Riley kid, always a Riley kid. While he was hospitalized, there was at least one other adult patient on the heart unit as well.

Andis doesn’t remember much from when he was a teenager, but this experience was different, he said. 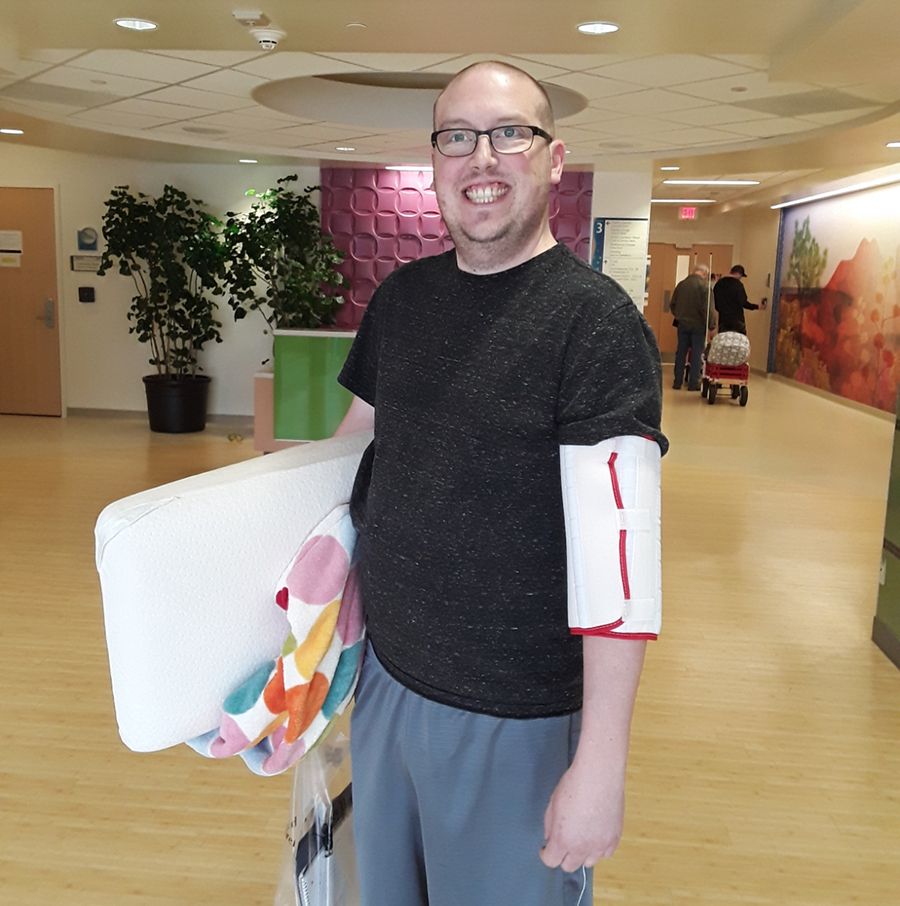 “The bed worked, but it was always a little short,” he joked. Actually, his 5-foot, 9-inch frame fit without too much trouble.

In the room next door was a superstar of sorts – a young boy named River Harbin who had recently undergone a heart transplant. River, 4, had spent six months at Riley before being released in June. Even though the two never met, Andis said he learned a lot from his young neighbor.

“I’ve had heart problems all my life, and from time to time you feel sorry for yourself,” he said. “Then you see this little boy who should be at home playing but he’s been at Riley for months, and he always had a smile.” 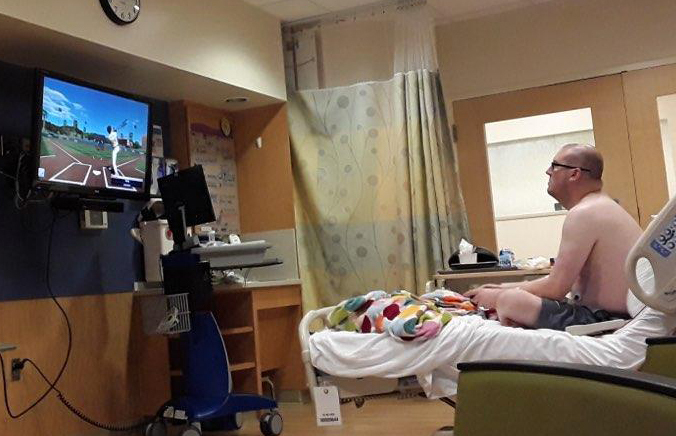 Andis, who passed time in the hospital playing video games and watching Netflix, said he could hear River playing his bowling video game at night.

“This kid is going through worse things than I ever have, and he’s doing it with his head up.”

After being released from Riley, Andis was eager to get home to his wife, Betsy, his dog, Reggie, and his own bed. He went back to work as a porter for a car dealer June 24.

He expects to need another heart valve in the coming years, but for now, “I feel good.”