Flu shot can save your child’s life and your own

Dr. John Christenson: “It’s not just people with bad lungs and bad hearts who are at risk. Healthy kids can come down with influenza and they can die from it.”

Dr. John Christenson has been practicing medicine for decades, but he is uneasy going into the fall and winter of 2020.

“My greatest fear is that people will not vaccinate themselves or their children,” said the pediatric infectious disease specialist at Riley Hospital for Children at IU Health.

He’s talking about getting the flu shot, but he could just as easily be talking about a vaccine for measles, chicken pox or, eventually, COVID-19.

“In the United States, only about 50% of people get vaccinated against influenza,” he said.

According to The Centers for Disease Control, the number is actually less than half. In 2018-19, 45.3% of adults in the U.S. got the shot. The vaccine rate for African-Americans was even lower, standing at about 36%.

In the era of COVID-19, for which no vaccine exists yet, it’s even more important to be protected against the flu, Dr. Christenson said.

“Every year we have many cases of influenza, and we know they’re a major cause of hospitalization due to illnesses, compromising the lives of not only adults but also children.”

Most deaths are caused by complications of the flu, including pneumonia or a secondary bacterial infection of the heart or brain. Younger children, pregnant women, the elderly and people with compromised immune systems are at greatest risk.

“The sad part of the whole deal is that half of those children were considered to be previously healthy before they got the flu,” the physician said. “It’s not just people with bad lungs and bad hearts who are at risk. Healthy kids can come down with influenza and they can die from it.”

And the majority of those children who died were not vaccinated.

“A lot of people are coming down with COVID and getting hospitalized with symptoms consisting of fever, coughing, respiratory difficulty. But imagine a doctor talking to you and you’re complaining of those symptoms, which are similar to the flu,” he said. “So here you have a doctor trying to decide, do you have influenza or do you have COVID?”

IU Health is leading the way in education and access to the influenza vaccine this year, working with community partners, health departments, churches and community centers throughout the state to set up flu shot clinics, especially in underserved communities.

While the flu vaccine won’t protect against COVID-19, it has been shown to reduce the risk of flu illness, hospitalization and death. And with two potentially deadly illnesses circling the community this fall/winter, it makes sense to protect yourself, your family and your community, Dr. Christenson said.

“The recommendation stands that anybody older than 6 months should get the influenza vaccine. Unless you’ve had a serious reaction to the vaccine before, there’s really no contraindication.”

The vaccine is moving into doctor’s offices and retail outlets now, so there’s no reason to delay getting yourself or your children vaccinated, he said.

Peak flu season in Indiana is typically December to February, but it can vary from year to year, he said.

People who choose not to get the vaccine are putting themselves and those around them at risk.

“You can explain the rationale for these things, but the reality is that some people don’t believe in vaccines, period,” Dr. Christenson said. “They don’t believe in them until somebody in their family comes down with the disease and dies from it.”

The same holds true for COVID-19, he said, with many people viewing it through a political lens and not as a life-and-death issue. The danger is that those people put everyone around them at risk by ignoring recommendations about social distancing and mask use, he emphasized.

Seeking the Right Care for Your Child

It's Never Too Early to Prevent Poisoning 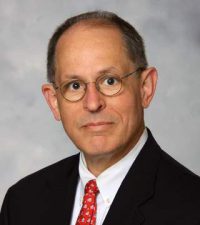