Londyn Hoffman is battling cancer and a rare neurological condition, but she won’t let it steal her joy.

From the day she was born, Londyn Mae Hoffman has been on her own schedule. Londyntime, her parents call it.

It’s the name of her Instagram page … and it’s the pace she sets for everything – from development as a baby to treatment for cancer.

Londyn is 5 years old and has a lot going on.

A rare genetic mutation without a name, a rare cancer, and now, a rare neurological condition.

It’s no wonder that her parents, Adam and Jenna Hoffman of Westfield, have supported her love of unicorns, a rare mythological creature replicated in stuffed animals, blankets, cookies and more in her room at Riley Hospital for Children, making their daughter feel all the more special.

“Genetics was really where our true adventure started at Riley,” Jenna Hoffman said.

As her mom talks, Londyn is happily participating in occupational therapy from her perch in a rocking seat beside her hospital bed. Almost 6 now, the precocious child who loves to host dance parties even when she can barely move wants to have the door open to her room so she can say hi to people passing by.

But as a baby, Londyn wasn’t meeting traditional milestones. She wasn’t crawling or sitting up at around 6 months of age like the couple’s older children, Lincoln and Luci, had.

The Hoffmans talked to their pediatrician, and Londyn began receiving therapy through First Steps Indiana, but no one could identify an obvious reason for her developmental delays.

By the time Londyn was a year old, she started coming to Riley “to see all the ’ologists,” Jenna said. “We just knew we had to advocate for her, so we got referrals from her pediatrician to every single ’ologist we thought would be able to help her.”

Meanwhile, Londyn was “happy as heck,” her mom said. She wasn’t in pain; she ate well. She just wasn’t doing normal kid things like crawling and walking.

When specialists in neurology and cardiology weren’t able to pinpoint a reason, the family worked with the genetics team at Riley and began genome sequencing to determine if Londyn suffered from a syndrome that would help explain her delays and guide her treatment.

“We found out she had two gene changes, but her gene changes don’t match up to anything,” Jenna said. “We tried to explain it to our family and our kids – why Londyn is this way. She’s rare and unique and she was born this way. So my daughter Luci says, ‘Oh, like a unicorn!’ That’s stuck with her since she was about 2.”

Londyn, whose name is a nod to the city her mom was visiting when she found out she was pregnant, carried on, doing things in her own way, in her own time. She learned to walk when she was 3, and the family celebrated with – what else – a walking unicorn party. Her speech came along in time, as well.

Up until this point, she wasn’t on any medicines, and there was no real explanation for her delays, other than what was called “an unknown diagnosed genetic condition.”

“So, she’s super rare,” Jenna said. “The hope is someday all of her genetic sequencing stuff will be in a genetics bank with her DNA so she’ll match up to other kids or adults like her and they’ll be able to put a name to it.”

That was the family’s original journey at Riley, which was enough. She was already participating in therapy three times a week to help put her on a path to success. She was enrolled in a developmental preschool in Westfield. She was happy.

The other shoe dropped in April when Londyn’s right eye started protruding. She was already seeing an eye specialist within IU Health for a droopy left eyelid that required corrective surgery when she was 1.

More tests, more anxiety. This time, the diagnosis was more clear-cut: rhabdomyosarcoma. A tumor was growing behind her eye, and it was growing fast.

Rhabdomyosarcoma is rare. About 500 people are diagnosed each year in the United States. Most are children or adolescents.

Londyn was four weeks into the recommended 24 weeks of chemotherapy at the Riley Outpatient Center when in early June she began losing muscle strength. She had trouble walking, even holding her sippy cup, her mom said. She began slurring her words.

It was more than a reaction to the chemo.

The third shoe dropped. Londyn had picked up a cold at some point, and that led to another condition called Guillain-Barre Syndrome, a rare disorder in which the body’s immune system attacks the nerves. Weakness and tingling in the extremities is usually the first symptom, but the sensation can quickly spread, paralyzing the body.

At Riley, Londyn was intubated quickly because she was having trouble breathing. That was the beginning of a very long four weeks in the pediatric intensive care unit, during which time she received IVIG (intravenous immunoglobulin) treatment for the Guillain-Barre. Her oncologist, Dr. Michael Ferguson, checked on her every day in the PICU, Jenna said. “He’s amazing.”

Multiple times, when all the signs said Londyn was ready to get off the ventilator, her parents stood by trying to calm her as doctors carefully worked to extubate her. Multiple times they were unsuccessful, leaving her parents understandably distraught. Londyn was on the ventilator 25 days. It took a procedure in the operating room to remove scar tissue from her esophagus before she could finally be free of the tube in her throat.

“She was awake the whole time on the ventilator, which was a good thing, but it was hard on the mama heart,” Jenna said. “She was trying to communicate and it was frustrating for her.”

A few days later, in mid-July, Londyn was discharged to the hematology-oncology unit. While there, Jenna delivered custom-made unicorn cookies to the PICU team as a thank-you for their care.

Londyn didn’t have much time to settle in on the hem-onc unit before she was transferred to in-patient rehab, where she is already rocking her rehab with multiple daily sessions focused on physical, occupational and speech therapy.

Through it all, the spunky little girl has remained cheerful, while her parents have remained her fiercest advocates, a trait that endeared them to Dr. Sasha Kapil, a fourth-year resident who rotated through the PICU during Londyn’s time there.

“The thing I love most about the Hoffman family in general – they are the kind of people who have inspired me to go into medicine,” Dr. Kapil said. “They asked so many good questions from the PICU staff and myself, and they were constantly learning about Londyn’s care.”

Jenna encourages every parent to do the same, adding that Dr. Kapil and second-year PICU fellow Dr. Yahya Nomaan were direct, honest and compassionate at the same time.

“You have to be your child’s advocate, even when you’re sitting in the room with the smartest doctors in the world,” Jenna said. “You can’t be afraid to ask the questions or give suggestions. You know your child best. Sometimes you feel like you’re speaking out of turn because everyone is moving so fast in these situations, but I found that the more we spoke up, some of our ideas were considered.”

That’s a message Dr. Kapil wants to convey to every family at Riley.

“We want to work closely with you. We understand that everything you say … you are saying because you care about your baby. I know it’s coming from this deep care, and I appreciate when people advocate for their family members like that,” Dr. Kapil said. “I think every pediatrician, everybody in the PICU, hopefully everybody in medicine would say the same thing.”

Now a week into her stay in the rehab unit, Londyn has already left an imprint on the hearts of the team there, just as she has wherever she’s been.

“She continues to be our special unicorn,” Jenna said. “She just makes everyone happy.”

Nine-year-old superhero has cape, will fly 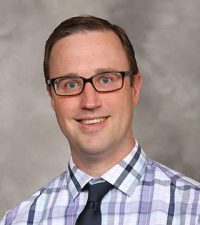