At one point, David Peck was expected to live just 48 hours. Then he became Riley Hospital’s first pediatric intestinal transplant patient. Now, he’s preparing for a career in nursing.

His graduation cap speaks volumes: “Future RN Thanks to my Organ Donor.” And there’s something else that tells David Peck’s story – the scar on his abdomen. It serves as a constant reminder of his lease on life.

“Really it’s only the scar and if I eat too many sweets that remind me of the transplant,” said Peck, 18. On June 9, he wore his cap and gown – symbolic of another milestone in his life – a 2019 graduate of Charles A. Beard’s Knightstown Community High School. 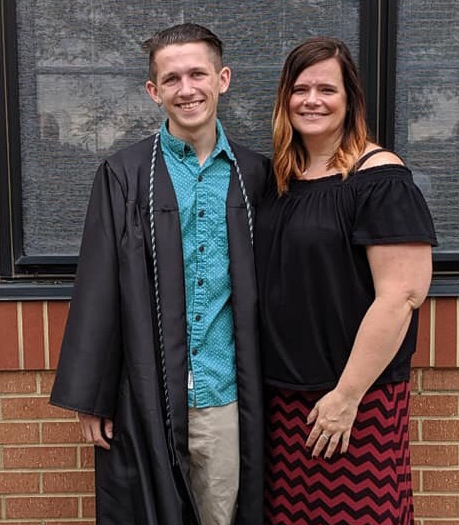 There was a time when his mom Traci Peck, Kennard, Ind. wasn’t sure she’d see her youngest son graduate from high school – or even return home from the hospital. It was another night in June when David Peck was rushed to the OR.

“They found all of his small bowel was dead and full of gangrene. They closed him up and said there was nothing they could do. He'd only live maybe 48 hours. I asked about a transplant,” said Traci Peck. Surgery followed to remove all of his small bowel and a third of his large bowel. On July 22, 2003, David Peck became the first patient at Riley Hospital and the first in the state to receive a pediatric intestinal transplant.

“They did have to resect a bit more of his large bowel at transplant so he only has a quarter of his large bowel and he had mid gut volvulus - meaning his intestines never adhered to the abdominal wall,” said his mom.  Initially, he had lots of precautionary restrictions with diet and activities but over the years, those restrictions have faded into memories.

Under the care of Dr. Jonathan A. Fridell, David is now a patient at IU Health University Hospital where he has lab draws every three months and an annual colonoscopy.

Throughout the 16 years that followed his transplant, Peck played baseball, basketball, and football and ran cross-country. But his favorite sport was wrestling. As a high school competitor he wrestled in the 106-weight class his freshman, sophomore, and junior years and in the 113 class his senior year. 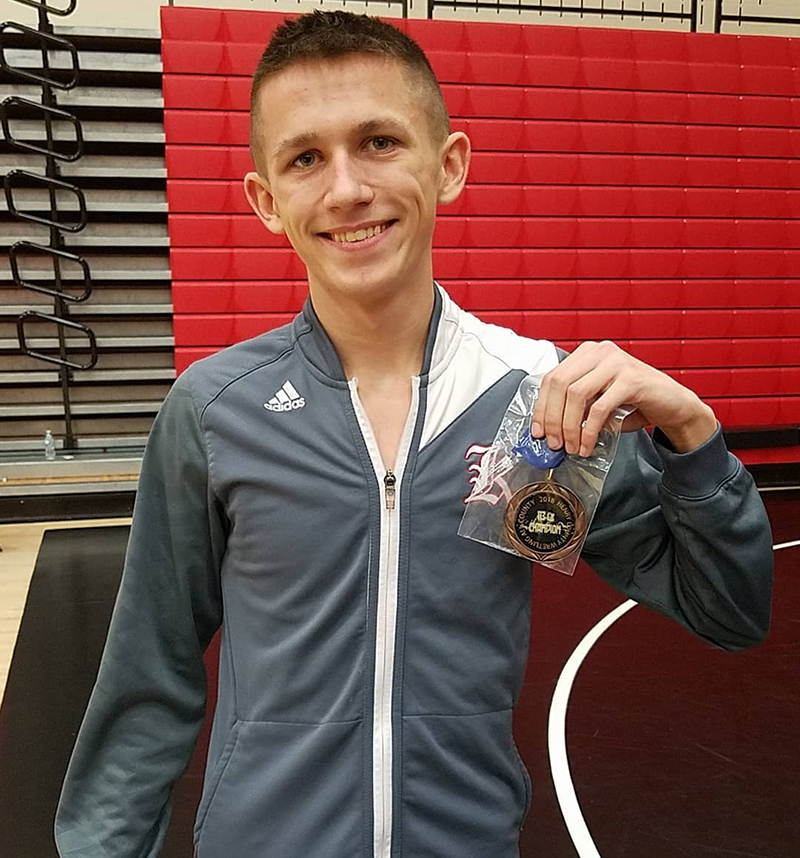 “I’d say my biggest accomplishment was winning the county championship three times in a row,” said Peck. “I was pushed just as hard as the other kids on the team.”

While some of the details of his early years at Riley Hospital are fuzzy, Peck does remember the kindness of the nurses and other caregivers. As a teenager, his appetite was normal and the nurses often offered suggestions on the best downtown restaurants where he and his mom could grab lunch.

Outside Riley Hospital Peck has been a staunch advocate for organ donation.  In 2015 he attended the Children’s Organ Transplant Miracle Maker Association Celebration and he has spoken publicly about his transplant. His face is also seen on posters at Bureau of Motor Vehicle locations with the following message: “I get to enjoy sports, high school and even being a Hoosier teenager because someone said ‘yes’ to being an organ donor and saved my life.” 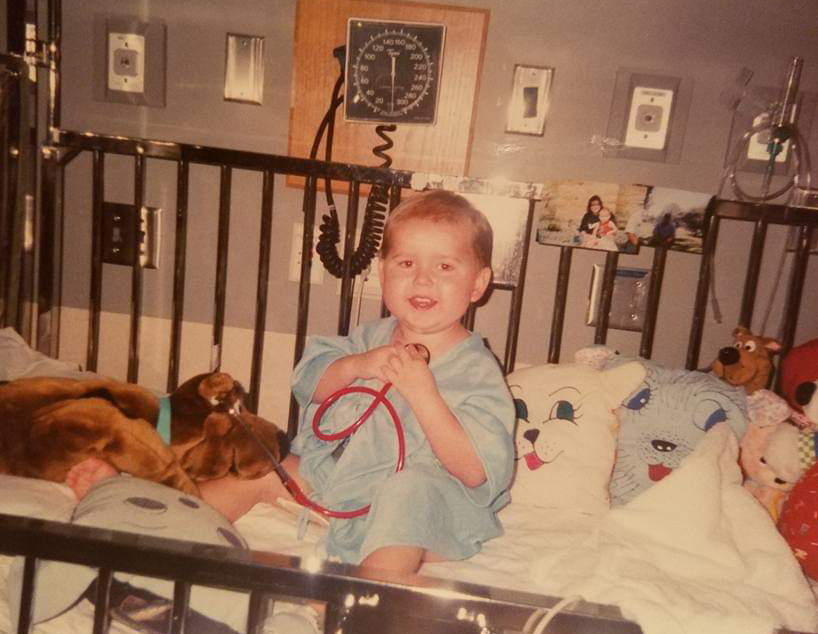 In high school Peck enrolled in a health occupational program and completed requirements as a certified nursing assistant. He now works at a nursing home in New Castle, Ind. and is preparing to enroll at Ivy Tech to begin working toward a degree in nursing.

“There’s no doubt I was influenced by the nurses who cared for me,” said Peck. “They were amazing. They always had a smile and a positive attitude. It’s my dream to become an RN and work at Riley in the transplant unit.”