First-grader beats rare autoimmune disorder not once, but twice

Brysen Mills suffered nerve damage from Guillain-Barre syndrome last year and had to learn to walk again. When it came roaring back this year, he was scared. He remembered how painful it was. But quick treatment helped him get back on his feet again.

When the school nurse called Lesley Mills to tell her that her son wasn’t “walking right,” Mills could feel her heart drop.

It couldn’t be happening again, could it?

In January 2019, Brysen Mills, then a kindergartner, was hospitalized at Riley Hospital for Children for a month, suffering from Guillain-Barré syndrome, a rare but serious autoimmune disorder in which the immune system attacks healthy nerve cells.

The condition, which frequently follows a mild viral infection, leads to weakness and numbness and can eventually cause paralysis. It affects about 1 in 100,000 people in the U.S. 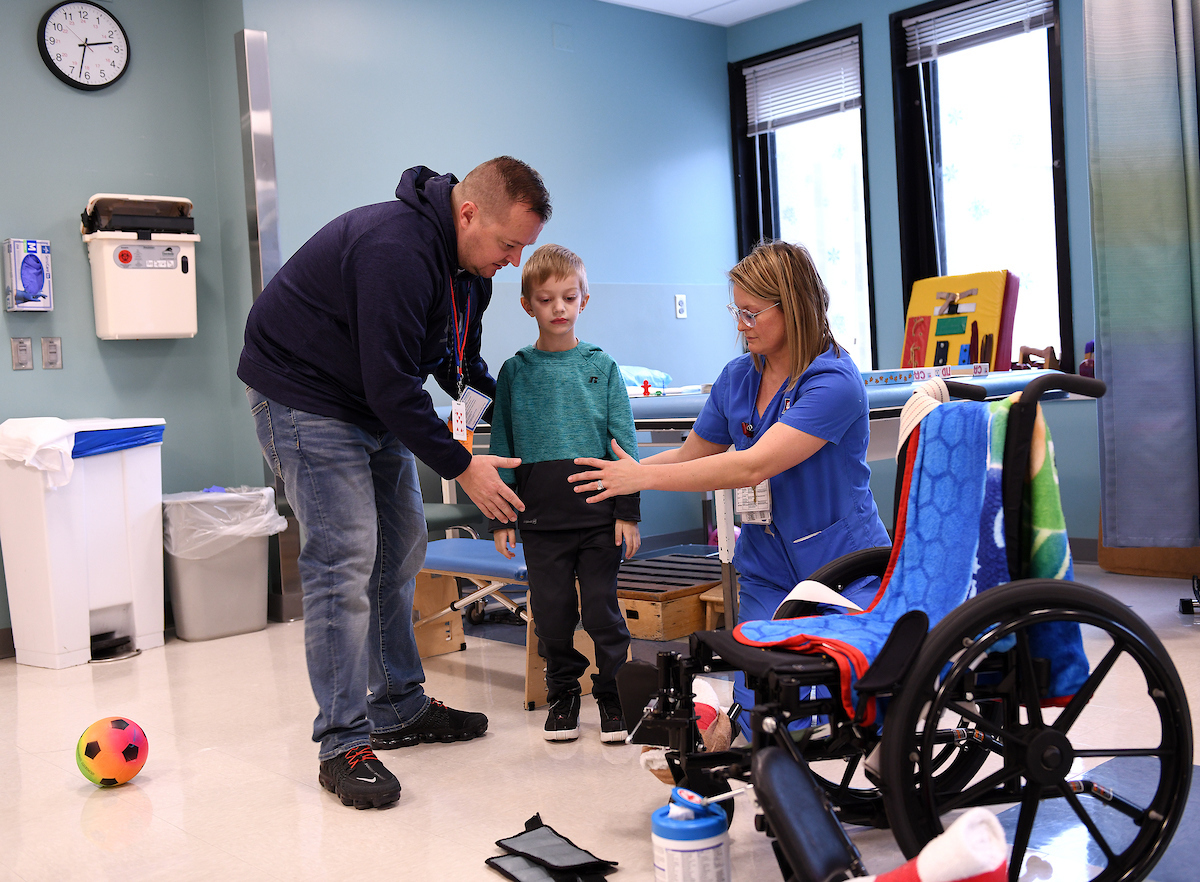 At that time, the once-active 5-year-old was unable to walk or sit up, and he couldn’t bear for his legs to be touched. At one point, Brysen was so weak that doctors were discussing putting him on a ventilator to help him breathe. After intense treatment and rehab, he learned to walk again.

In October, he finished his outpatient physical therapy and was pretty much back to normal, his mom said.

Then after Christmas, he came down with the flu. And not long after that came the call from Brysen’s school. Was it possible that this rare disease could strike her son twice in one year? There was just a 3% possibility of recurrence, his parents had been told after the first incident.

Lesley and Josh Mills of Paris, Illinois, took their son, the youngest of three boys, first to a local hospital, eager to believe doctors there when they said Brysen was likely just sore from ice skating the previous weekend.

After a visit to his neurologist at Riley at IU Health North Hospital, however, they knew it was more than that.

Dr. Kristyn Tekulve believed Brysen had suffered a recurrence of GBS. She sent the family to Riley for an MRI and a spinal tap, which confirmed her suspicion. Brysen was admitted to Riley nearly one year to the day that he was diagnosed the first time. 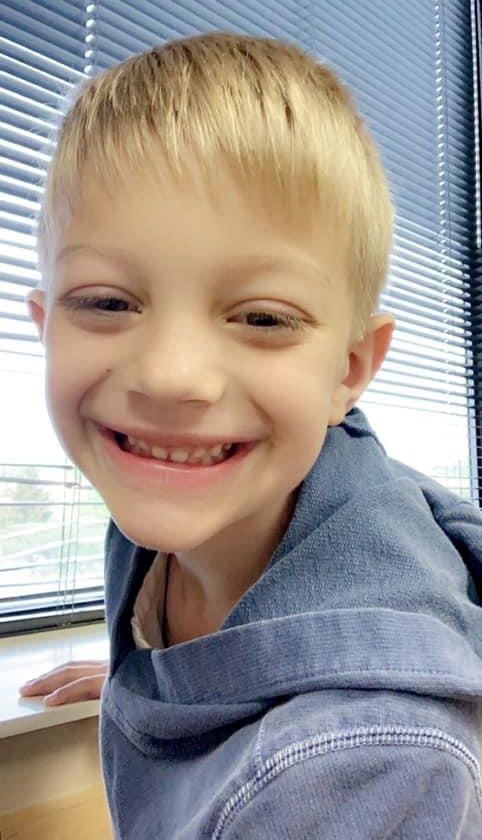 This time, however, they had caught the condition early and began IVIG (intravenous immunoglobulin) treatment right away, giving his body a replacement dose of antibodies to fight the infection.

He had five IVIG treatments, which reversed the damage, and he was discharged after a few days.

“We’re very fortunate that we knew what it was and we caught it early,” Lesley Mills said. “It’s amazing how quickly he turned around.”

Still, she can’t get over the shock of hearing that her child had to go through this attack on his body again.

And Brysen, who is now finishing first grade at home, was not happy either.

“He was very angry with us at first,” Mills said. “He told the nurse that his legs didn’t really hurt and that this was just his new walk. He didn’t want to go to the emergency room. He was scared.”

He knew what to expect. He remembered how painful it was.

Thankfully, he bounced back pretty quickly once treatment started this time, but he’s very aware of what happened to him, his mom said. 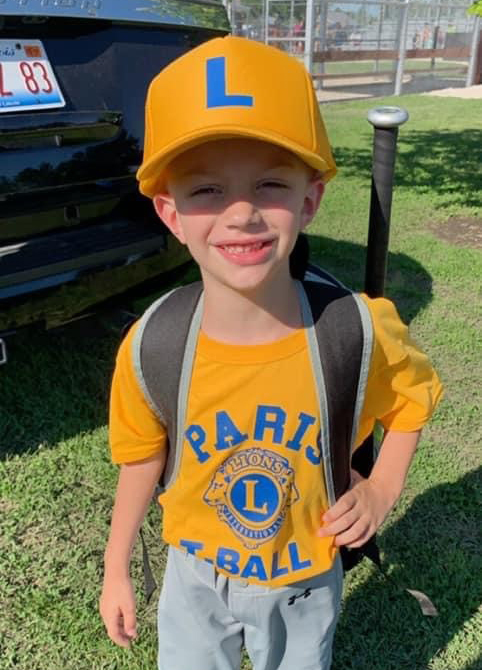 “I think he’s worried it will come back.”

She and her husband have the same fear.

Now that he’s had GBS twice, the chances are greater that he will get it again, Mills said. His immunity is compromised, so he can’t have a flu shot or a COVID-19 vaccine should one become available.

Instead, the family will do what they’ve been doing – keeping Brysen as protected from illness as possible because that’s when GBS attacks.

Brysen hasn’t been out in public since schools closed March 19. His parents take him for rides in the car sometimes just to get him out of the house, but otherwise, home is his safe place right now. He is doing PT via Zoom on the computer, which is a challenge for mom and dad.

“Every fall and winter, we’re going to be a little stressed, worried that it’s going to come back, but we can’t shelter him forever,” she said. “We just do the best we can to disinfect, keep our house clean and wash our hands. Everything they’re telling all of us to do now we’ve been doing for a while.”