As the message Fight Like a Kid streamed across the IPL building in Downtown Indianapolis, parents of kids with cancer hugged their little warriors and prayed for more awareness and research into childhood cancer.

The bright lights on the Monument Circle building Monday were accented by a gold ribbon, the international awareness symbol for pediatric cancer.

September 30 marks the end of Pediatric Cancer Awareness Month but not the end of the fight, say Carrie Kirk and Heather Garvey, whose sons both are patients at Riley Hospital for Children at IU Health.

“IPL gets lit up for so many reasons, so it’s wonderful that it’s getting lit up for our kiddos,” Kirk said. “Sometimes we feel like we’re in our own little childhood cancer bubble and we want to bring more awareness.” 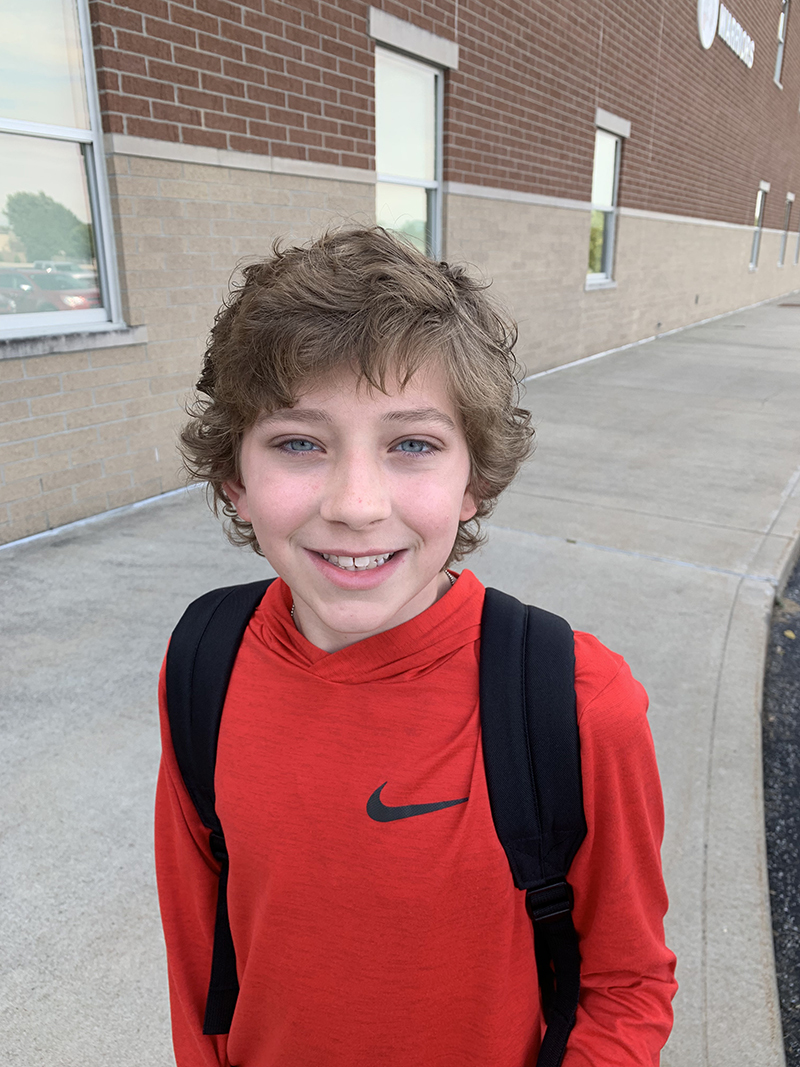 Carrie and Mike Kirk’s son Cameron, 12, was diagnosed with acute lymphoblastic leukemia in April 2018. The sixth-grader still has two years of treatment remaining.

The diagnosis was a punch in the gut to Cameron, his parents and his three siblings.

“A year and a half ago, I had no idea what the gold ribbon was for,” Carrie said. “I don’t want anybody else to be in that position.”

After learning that just 4% of the taxpayer-funded National Cancer Institute’s (NCI) annual budget is dedicated to childhood cancer, these Riley moms took it upon themselves to make some noise.

Childhood cancer is the No. 1 disease-related killer of children in the United States, with nearly 16,000 children diagnosed with cancer each year and approximately 40,000 children in treatment at any given time, according to the NCI. 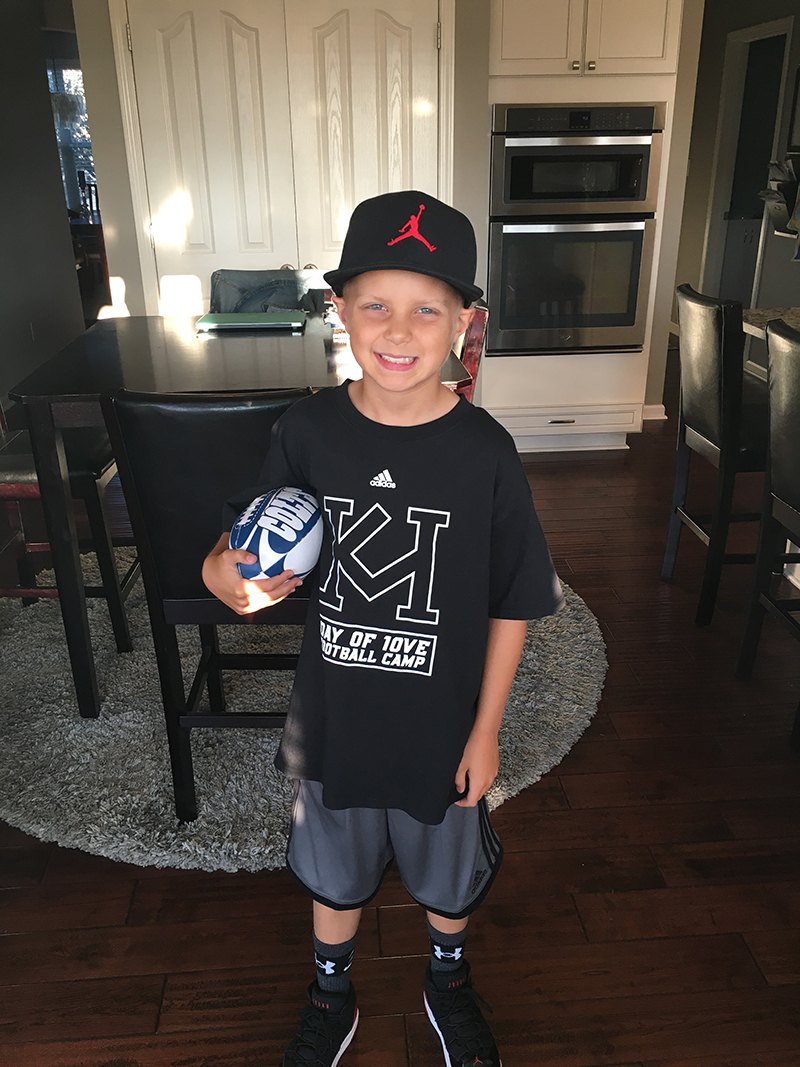 Kevin and Heather Garvey’s son Mason recently completed a year of treatment for embryonal rhabdomyosarcoma. The 8-year-old is currently in remission after recent scans showed no sign of disease, but his mom acknowledges being uneasy now that treatment is finished.

As sick as the chemo made him, she looked at it as his security blanket.

“The chemo was killing the cancer. Now it’s all up to his body to keep it away. At the beginning, you’re like ‘please let this be over,’ and then when it’s over, you’re like ‘oh wait.’ ”

Carrie can relate. Instead of being at Riley every week for chemo, Cameron now reports to the infusion clinic just once a month. Every other day he takes oral chemo.

You’d think that might be a relief, but not for Carrie.

“Friday Riley days were a part of our lives for a year, so it was a hard transition for us,” she said.

“In the most unusual way, I miss the weeks we’re not there. I get a sense of relief when I walk in those doors. You’d think you would be terrified, but for me, and I think for Cam, it’s just a calming place.”

That’s due in large part to the nurses who make treatment as easy as possible and build relationships with their patients and families. Some of those same nurses planned to attend the IPL lighting ceremony.

“They are our other family,” Carrie said. “They are amazing.”